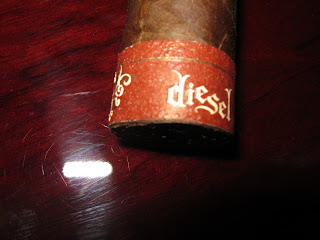 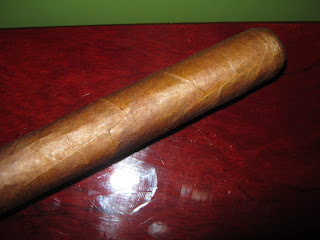 For all of you who haven't heard of AJ Fernandez, he has been on the rise for the past 3 years now. He has been making smash hit cigars for sometime now, but it is just recently that he is getting the spotlight. I could name brand upon brand that he has made, but I am going to focus one one currently, and why I think he is doing such a great job.

In my years smoking, I have become to notice that with most manufacturers they tend to get in a routine. Most cigar makers tend do make different cigars, but they tend to use the same tobacco profile. I find some always use the same type of wrapper with filler tobacco blended differently, and sometimes they merely just change the wrapper. AJ uses different wrappers and filler tobacco frequently. He has made cigars with a wrapper from Brazil, Honduras, Mexico, Ecuador, Nicaragua, Pennsylvania, and more. He uses filler tobacco from all Nicaraguan regions, Honduran regions, Mexico, Dominic Republic, and so on. It is never dull with a cigar from Tabacalera Fernandez, AJ Fernandez's factory.

The Diesel Unlimited is the perfect new line in the Diesel brand. The cigar begins with a Honduran Ligero wrapper from the Copan region that has undergone the maduro process. This is the first cigar to utilize this leaf as a wrapper, others have tried, and failed. Under the wrapper he has filler tobacco from Condega and Esteli, Nicaragua and other leaves from the San Andres Valley in Mexico. The San Andres region produces great wrappers, but it is uncommon to see this tobacco in the filler.

Before I get into a lot of the flavors, with each puff I got a sweet finish note. I know that the sweetness comes from the San Andres filler within, and it goes to show the skills in blending, and how you can use certain tobacco to balance and help a cigar. The first half inch of the cigar begins with a lot of spice and wood notes and shows how much flavor and power are to come. After that first half inch however, it tones down some and the spice becomes milder and you begin to pick up earth, leather, and lots of  oak. From the rest of the smoke onwards the spice and power level begin to rise, but never too much to loose its complexity and balance. Around two-thirds of the way in I began to get some notes of hop, which was great, and it mingled in well with the earth and wood notes. This cigar is really a treat, and no matter the power, it is a smoke that you can have one right after another and still get more flavors.

I gave it a 92 Diesel Unlimited - Cigar.com
Posted by S. Geise