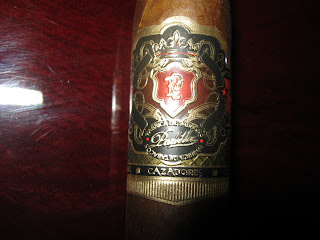 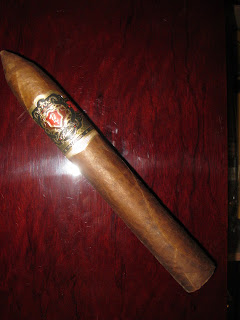 When the economy got touch, Ernesto Padilla fought back. The Padilla Cazadores line was meant to be a budget friendly cigar by Padilla. Padilla Cigars are usually a little tough on the wallet, but not this one. The Cazadores line has an Ecuadorian Habano wrapper and is packed with Nicaraguan filler tobacco. The line has your typical sizes in it from your robusto format to your churchill, and it comes in boxes of 25. The cigar itself has some soft spots on it, but other than that the cigar is really nice, and the wrapper is placed on it very well. The aroma is of wood and earth, and has a nice spice to it. Though the smoke was not complex, and stayed the same throughout, it had lots of nuts, toast, and spicy characteristics.
I enjoyed the smoke, yes it had it some burn issues and it lacked in complexity, but it was a budget cigar. The thing about budget and everyday cigars is that they are not as important as mainline cigars, so they don't get as much attention, but it doesn't mean that they are crappy. I still think this is a great cigar, and it is still better than some more expensive cigars out there. I give this cigar an 88, and with it's Padilla characteristics and name, it is a great value!