Ernesto Padilla is known for wonderful cigars, three of them being the Signature 1932, Signature 1948, and the Serie ’68. All of these cigars are wonderful cigars, but each of them also has a story. Like most of his cigars, each of these three lines are made with entire Nicaraguan tobacco and all aged extensively. The 32 and 48 were once made by Don Pepin, but are all made in Honduras at the more and more popular Fabrica de Tabacos Raices Cubanas. Let us begin the story. 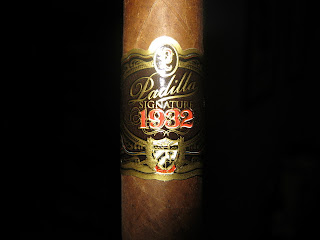 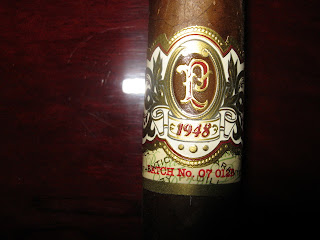 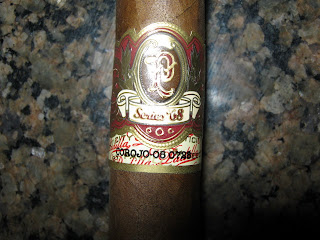 The Padilla Signature 1932 was made in the memory of his late father Heberto Padilla’s birthday.  Heberto Padilla was born in January of 1932 in the Pinar del Río province of Cuba. At a young age Heberto was a successful Cuban poet, having his first book published at 16. The book was called Las rosas audaces (The Audacious Roses), and was published in 1948, hence Signature 1948. Like most Cubans, he supported the revolution and Castro in the early stages but in the late 60’s became an active and public opponent. In 1968, Serie 68, his award winning anthology, Fuera del Juego (Out of the Game), had him placed under house arrest. The book expressed his dissatisfaction with the Castro regime. His son Ernesto Padilla, today’s cigar brand owner, was born in 1972. When Ernesto was seven years old, 1979, he was allowed to leave the country with his mother, and a year later his father was allowed to join him and his mother. His father continued to teach and write until his death in 2000. Ernesto would become a member of the cigar industry after graduating college as a market designer, and in 2003 started Padilla Cigar Company. Ernesto has always strived to make cigars “Cubanesque” in construction, flavor, and body. Since 2003 he has remained a boutique cigar brand owner throughout the years. Signature 1932 was release in 2006 and he finished the series in 2008. All of these cigars are full body and full flavor but unique in their own way. Let us begin with the ratings.
Like all of the Padilla cigars, these three are constructed beautifully with a triple-cap to top it off.  The Signature 1932 has a beautiful dark brown wrapper that is oily and shines with any light on it. It smells of earth and spice, and right when you first light it up you are greeted with lots of spice. This is probably one of the most full bodied of Padilla cigars, and possibly in the top two of flavor complexities. I received a plethora of spice, earth, chocolate, and cashews on my palate, and it had a long pleasant finish.  When you reach the hallway point with these cigars, they become less spicy, but you are greeted with a lot of cream and toffee characters. From that point on the cigar lost some of its initial intense flavors and became more subtle in its complexities. I think this a great cigar, probably one of his best, and I give it a 94. If you look for a cigar that is full body/flavor and can match any good Cuban, look no further.
The Signature 1948 takes it a notch or two down from 1932, being more on the mild side and the flavors being a lot more subtle, but wonderful. The aroma of this cigar has a barnyard bouquet to it, with no spice present. Throughout this smoke you are greeted with a soft spice, predominantly peppery, but it has a creamy wood flavor that makes it a lot softer of a cigar. If I were to smoke this cigar, I would smoke it in the morning while the 32 is an evening smoke, but it is still rather enjoyable. I give this cigar a 90, and consider it a nice change of pace with most Padilla cigars.

Completing the series is the Serie ’68, and it finishes strong. You begin this cigar wit tons of black pepper and clove. I had forgotten how much of a powerhouse this cigar starts off, and when I was releasing the smoke through my nose at first, I was about to sneeze because of the pepper. About a third of the way through the smoke begins to “mildify” in its intensity and you get to pick up some coffee notes and a gingerbread-molasses touch as well. I give this cigar a 91. The flavor profile was nice, but it had some issues throughout the smoke.

Try out a Padilla Cigar at Cigar.com
Posted by S. Geise