With the release of new cigar lines and even brands happening often these days it is easy to forget about those that made us love smoking in the first place. I was digging down in the depths of my humidors yesterday and I found two smokes that I haven't had in over a year and a half and I felt compelled to give them a try instead of leaving them there, or maybe it was to make room for new cigars to come. Which ever it was at the time I don't remember, but I do know now that these smokes were and still are amazing. What were they you ask? None other the Oliva Serie O Torpedo and the Indian Tabac Super Fuerte Toro Maduro by Rocky Patel. 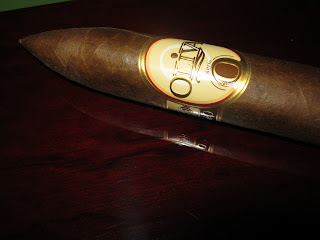 The Oliva Serie O in my opinion has gotten cast to the side since the release of  the Oliva Serie V. I know that before the V when I thought of the Oliva Family the Serie O was the first thing that came to mind. Like the Serie V, the Serie O is a Nicaraguan puro but just doesn't have the power and flavor of the former. The cigar has a lot of spice and cedar notes to it, and has a dry but smooth finish. I don't consider the Serie O a special cigar, but it is definately a great everyday smoke. If you have never tried one or have never smoked an Oliva cigar it is a great place to start, I gave it an 89. Try it out, change it up.
Cigars International - Oliva Serie O. 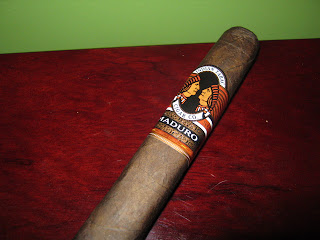 The Indian Tabac Super Fuerte Toro Maduro is a rich cigar. This cigar remains very chocolaty, nutty, creamy, and spicy throughout and never keeps your bored. The tobacco's in this cigar are from all over Central America, Costa Rica, Honduras, and Nicaragua. One of the great things about this cigar is the value, it is a deal and a half, maybe even two deals. Rocky produces tons of new smokes every year  and it is easy to forget one of the early ones, but if you want to do yourself a favor, give this one a shot. This might grab your attention, if you are a fan of Padron 1964 Anniversary Imperial Maduro, grab them both and smoke them side by side. You will find these two cigars similar in strength and flavor and one of them is going to be about $12 cheaper, and it isn't going to be the Padron. Gave this smoke a 91. CIgars International - Indian Tabac Super Fuerte Toro Maduro
Posted by S. Geise