This would be a perfect opportunity for me to get going on a history lesson/rant. I honestly believe Gurkha set me up with this cigar, and tempted me to give a long and boring introduction that would lead you all readers to skip down to the bottom. Well, let us be serious, that probably happens already. To give you a short preview, East India Company was a joint-stock company that operated from the 1600's to the 1800's, and was a company that dealt with trade between Great Britain and India. The name of the  former company is now controlled by Gurkha Cigars, and everyone knows Gurkha Cigars. East India Trading Company is a subsidiary company to Gurkha Cigars and it was last year that their name began being used. The subsidiary company released their first cigar last year called Wicked Indie, and this year they announced the release of their second, Red Witch.

Red Witch takes its name from a British trading ship that was part of the company in the 1800's, and was a ship that sailed the great oceans back and forth between Great Britain and India. The cigar itself will be offered in three vitolas, and will be packaged in 50 count chests. The filler tobacco for this cigar is all Nicaraguan, and is actually all from the Jalapa region as well. It is specified that it is from the mountainous region and has been aged for three years prior to being rolled. The binder on the cigar is Dominican, and it is finished with a gorgeous Ecuadorian Rosado wrapper. The cigar has a slightly rough texture to it, and with that it is showing the veins clearly in the box-pressed format. It has a great rustic brown coloring to it, and it is clearing a Colorado Rosado in coloring. There is a lovely aroma of raisins, wood, spices and earth at the foot; and I can pick up that Jalapa tobacco from that.

The cigar begins by showing some lovely sweet earth and cocoa notes, and it is very smooth and light.  As I move further into the first third though, I begin to get some soft spice notes with that and those raisin hints from the nose. I am getting touches of minty herb qualities to the cigar, and it is leaving this unique finish that is very enjoyable and paring wonderfully with the sweet earth and cocoa notes.  The cigar is showing a lovely burn line to it, and with that a nice light charcoal colored ash. I would say the strength level is at a solid medium body level, and it is really focused on the enjoyable flavors and not the strength of the cigar. It produces a nice amount of smoke with the easy draw, and it is a solid first third.
Moving into the second third of the cigar I am finding the flavors from the first third to be fairly consistent, and it is really a collage of the flavors. Nothing is really sticking out more than the other, but playing off of one another. The spice notes are balanced by some sweet earth and cocoa notes, and the raisin and mint flavors are playing off one another as well. It is definitely a cigar that is smooth and has enjoyable flavors, and a cigar that you don't need to focus on but sit back and enjoy. The strength level is remaining at that soft medium body level, and I can tell that this cigar is not going to increase in that department. It smoked cooled throughout the third, and with that produced that light charcoal ash along the nice burn line.

When I get into the final third of the cigar I am finding the flavors to be remaining very similar as they have throughout, and in general all the qualities of the cigar thus far to be the same. From beginning to end it has stayed consistent, and because of that very enjoyable. Those earthy, cocoa and raisin notes remained very pleasant and the soft spice and mint notes very unique. It burned wonderfully through the final third, finishing with a perfect burn line and nice light charcoal ash, and with the finish remained right at that medium body level. It smoked cool all the way to the nub, and left me wanting another smoke.

These cigars are meant to be affordable everyday smokes, and that is what they are. From beginning to end you are going to get a lovely flavor profile that is very enjoyable, and nothing to complex. I would find these cigar great cigars for smoking with friends when you are involved in an activity, and your attention would be focused on something else. You want to bring a cigar to a tailgate, this would be a cigar to bring and pass around. I feel that it is a cigar that would be great for a novice smoker, and at the same enjoyed by a "connoisseur." I liked the flavors and the strength level, and would smoke this when working in my yard/shop. It is definitely a great everyday Gurkha, and because of that Gurkha nuts will love it. I give it a solid 87, and think that this will be a cigar that will move well in the humidors because of the price point and flavor profile. 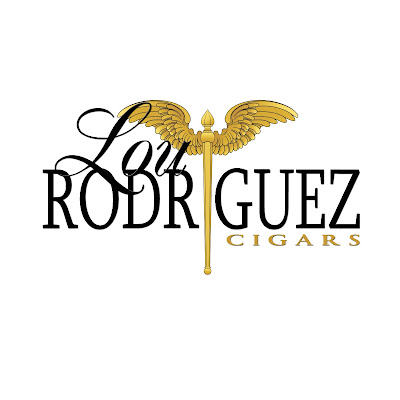