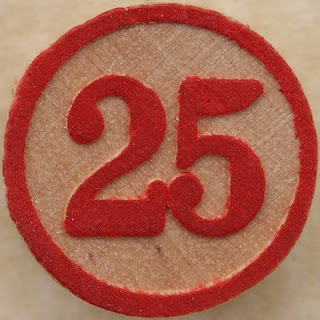 At the beginning of November I began to gather my notes for the cigars I have smoked since last year’s Top 25 posting, and here we are a year later. It has been a great year since December 21st, 2011, and I have smoked some terrific cigars. Every year it is incredibly difficult to break down all the cigars I have smoked into the Top 25 of the year, and this year it was no exception. I actually found this year to be one of the most difficult I have had to work on, and that is what you want to see. Manufacturers are producing some incredible smokes these days, and this year we saw some great cigars from the smallest of cigar companies to the largest. Each cigar in my Top 25 I have smoked countless times this year, and it all began by creating a Top 50. From there I was able to cut down cigars to make a Top 30 list, and from there came the hard part of cutting out five. After all that work I am here today to begin publishing my Top 25 of 2012.


25. Early this year E.P. Carrillo released their third installment in the Short Run series and I would say it is the best release in the series to date. The Short Run series is similar in a lot ways to their Edición Limitada series in the fact that it is a limited release once a year, but the difference is that it utilizes tobacco that is too limited for a core line. The blend varies each year, and this year we saw a twist to two of their core line cigars in the smoke. The cigar features an Ecuadorian Connecticut Shade wrapper used on the New Wave Connecticut, and then was composed of the same filler blend from the E.P. Carrillo Maduro and used the Maduro wrapper as the binders. It is one of the most complex Connecticut Shade cigars on the market and offers a rich and hearty flavor profile with its binders and fillers, and is then mellowed out and made even more complex with a Connecticut Shade wrapper. Out of the three violas offered I felt the cañonazo vitola was the superior smoke, and that is why the E.P. Carrillo Short Run 2012 Invictos is the Number 25 Cigar of the Year.

24. This year we saw several new releases from Room 101 Cigars, and my favorite of them was the focus at the 2012 IPCPR and a limited release smoke as well. To be honest most of the releases from Room 101 Cigars this year were limited releases and of those the Daruma line was the superior. The cigar is in may ways similar to that of the Namakubi, but at the same time very different. One main factor from this cigar that makes it incredibly unique is the use of a Brazilian Mata Fina leaf as the binder. I felt the cigar had a complex and truly enjoyable flavor profile while the cigar stayed mellow in terms of strength. I think it is one of the most complex cigars that Matt Booth and Room 101 Cigars has produced, and it is a limited release that should be enjoyed as frequent as possible while still around.  While the Mutante is the best vitola in the line, it was too late in the year for it to be added to the Top 25 of 2012. The Room 101 LTD Daruma Edition Sucio vitola which is a Churchill offering as offered in the Namakubi line. Pick the Number 24 Cigar of the Year up by the box!

23. Coming in at Number 23 this year is a line that needs no introduction. It has been a hit since it was first release in the 90's, and it will be a huge hit for years to come. While its availability is this cigars downfall, when it is available it is picked up rather quickly. One size in the line that I feel never got a lot of attention is the smallest, the Perfecxion No. 5. The size really offers the smoker a chance to pick up the greatness of the wrapper in the Opus X line, and be able to enjoy a tremendous smoke and line in a short time frame. From beginning to end the cigar showed perfection in construction and flavors, and is one my favorite in the line. If you have the opportunity to pick up these smokes at their actual suggested retail price I strongly urge you to pick up as many as possible. The Fuente Fuente Opus X Perfecxion No. 5 is out Number 23 Cigar of the Year, and while they are great when released they truly perfect over a couple years.

22. It is not everyday you see a line resurrected back into production, and with that it is not everyday you see it resurrected by a family member as well. La Palina Cigars is a company that has become a personal favorite of mine, and they are a company that has presented themselves as super premium company. From the Family Series to El Diario to the Goldie, the company has had success in ratings from the online to the print media. One of their newest releases this year is the La Palina Maduro, and like El Diario the cigar is made at Raices Cubanas in Honduras. I believe the cigar to be a classic example of a Maduro, and an exemplary case of how to truly utilize a San Andres Mexican wrapper. The smoke was late to hit the market because of box production, but since it has hit the shelves has done tremendous. La Palina Cigars has really come a long way since it entered the market, and I know by this time next year they will be one of the biggest boutique companies. What I am looking for in this company is the day that they open their own factory. The La Palina Maduro 52 is our Number 22 Cigar of the Year.

21. Coming in at Number 21 this year is a cigar I reviewed on December 21st, and was the first cigar to be reviewed for this year. It is the fourth installment in the Small Batch series, and one of my favorite La Flor Dominicana  smokes of all time. Imagine a huge cigar that was complex from beginning to end, exceedingly strong from beginning to end, remarkably constructed from beginning to end and more importantly very flavorful from beginning to end. It is definitely a cigar that you do not smoke every day, and if you do smoke it I would recommend it be a late evening smoke. Litto Gomez has earned himself the title King of Ligero, and I believe it to be a just title. I feel that his cigar are powerhouses when first released, and even if you age it for some time it will still have some balls when you light it up. A truly amazing release from Litto and La Flor Dominicana, the Litto Gomez Small Batch IV will always be remembred by myself, and that is why it is given the rank of Number 21 Cigar of the Year.
Tweet