In today's smoking world we are seeing some great boutique companies come into the market. Most of these companies though are coming about in Honduras or Nicaragua. There is nothing wrong with that, but what we are seeing is a lot of boutique companies working with the same people and potentially creating cigars that are very alike because of that. Jason Holly did not want to approach the industry in that method and instead went to the Dominican Republic. It was there that he entered the very traditional side of the industry and created something new. When I think of the Dominican Republic I think of La Aurora, La Flor Dominicana, Arturo Fuente, Davidoff, and Quesada. Looking at those names you are seeing a lot of tradition being practiced, Quesada is changing that though. Teaming up with Guillermo Leon of La Aurora he was able to work with a terrific factory and at the same time have access to a lot of tobacco. Along with that, he was able to work with Guillermo Leon who is definitely a positive resource. Released in 2012 was Holly's first cigar, Rapture, and it has been a cigar that has caught my attention for a while but has just been out of reach until now.

For this particular review I chose the Perdition vitola, and the cigar measures 4.5" with a 50 ring gauge. The cigar is made in the Dominican Republic at E. León Jimenes Tabacalera, factory of La Aurora, and is made using a variety of tobaccos. The wrapper on this particular cigar is from Ecuador, and is Ecuadorian Havana Vuelta Abajo. The binder is Dominican Corojo, and the filler is a multinational blend featuring Brazilian Mata Fina, Dominican Ligero, and Nicaraguan Seco. The cigar has a beautiful wrapper that shows a lovely light Colorado coloring, almost tan leather, and has few veins throughout. It is slightly firm to touch and is constructed wonderfully. There is a solid cap to the cigar and it has an aroma of sugar, cedar, spices, toasted wheat bread, fruits and nuts at the foot.

The cigar has a very smooth beginning and it is showing some terrific flavors. There is a nice sugary creaminess to the cigar, and there are some nutty and bread notes present with that.There are some cedar notes present with the core flavor profile, and it has a finish that shows light coffee beans and spices. It is a full body cigar in terms of flavors, but the strength level overall is at a solid medium body level. I believe it to be a cigar many smokers could smoke, but a cigar that an experienced smoker could truly enjoy. The construction on the cigar is simply top notch, and it is producing a lovely burn line on the end with a solid gray ash. There is a cool draw through the first third and it has an enjoyable and easy finish.
I am in the second third of the cigar now and it is still smoking wonderfully. It is a very smooth smoke and producing some terrific flavors. There is a nice emergence of soft cocoa notes in this third and it is complimenting the spicy and and coffee notes. I am still picking up that sweet cream flavor profile to the cigar, and it is still pairing with the lovely bread and almost almond notes. I am getting some other flavors with the cigar that I can not full pinpoint, but it is reminding me of some trail mix qualities. The strength on the cigar has been remaining at a solid medium body level throughout and it is a smooth smoke. The construction is still terrific and I am getting an ash that is holding on perfectly and we are close to halfway through the cigar. This is a well blended and well made cigar.

In the final third of the cigar I am seeing a flavor profile that is very similar to that of the second third and is finishing wonderfully. The cigar is made wonderfully and is showing nice balance, complexity, and full body qualities. The cigar has been providing a constant medium body strength level, and I am finding this to be a terrific afternoon smoke. The flavors of cream, sugar, nuts, and toast are remaining very present in this third, and I am also picking up some solid dry fruit notes with that. Along with those terrific core flavors, there is a finish of coffee, cocoa, and spices. From beginning to end the construction on this cigar has been terrific and it has produced a great burn line with a firm ash. The last draw on the cigar is smooth, fairly cool, and flavorful, and left me wanting another Perdition right away.

I have not smoked the other vitolas in the line, but it is safe to say that the Perdition is a great release. I know that these have been out for sometime but it is just recently that I got the opportunity to get my hands on them, and I am glad I did. There is a great flavor profile to these cigars and while it may come off as another La Aurora, it had its own personality. There are times where you see trends with cigars coming out of factories, but this cigar did not show that. I felt that it offered a nice Cubanesque quality to it, and at the same time provide a solid medium strength level cigar that had tons of flavors. I look for cigars with these qualities and that is why I smoke a lot of CyB, Epernay, Black Label, Merlion, L'Atalier, Namakubi, Davidoff Millenium Blend, etc. As I said earlier, a lot of smokers could smoke this cigar, but only a certain number could pick up all of its qualities.I found this cigar to be a terrific smoke and that is why I am giving it a solid 91. You all should at least get your hands on a five pack of these sticks. 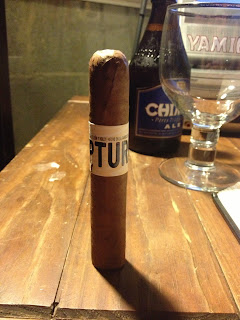 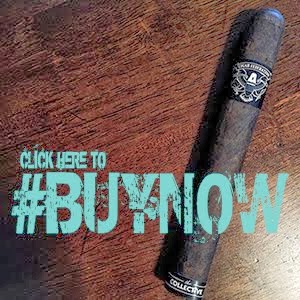