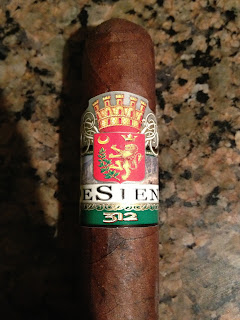 In 2011 a man by the name of Adam DeSiena was visting Tabacos de Oriente in Danli, Honduras with Alec Bradley Cigar Company, and he came across a batch of cigars called 312. The cigars were recently rolled and after asking about them he began to smoke them. After smoking through a handful of them he realized that this cigar was meant to be his. His son was born in March, the third month, and his daughter in December, the twelfth month. He worked on the cigars for two more years, blending and re blending, and just recently they were announced that they were ready to be released. Adam DeSiena has been in the cigar industry for twenty years running his own cigar shop, Doc James Cigars, but the DeSiena 213 was his first personal brand.

Made at Tobacos de Oriente, one of Nestor's factories in Danli, Honduras, the cigar is a compilation of a variety of tobacco. The cigar begins with a Nicaraguan grown Habano that is from the viso priming and grown in the Jalapa Valley. The binder is from Honduras, and the filler is a mixture of Colombian Viso, Viso from Jalapa, Nicaragua, Ligero from Esteli, Nicaragua and Ligero from an undisclosed region of Honduras. For this review I chose the K-4, which is a robusto measuring 4.5" with a 52 ring gauge. The cigar possess a classic coloring of dark Colorado, and it has an appearance like dark red clay. It has  lovely cap and the cigar is fairly firm in hand. It has a coarse texture and there is an aroma of light earthy notes, oak, leather and very faint spices. 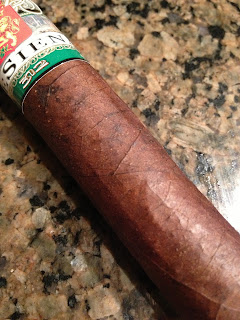 The cigar begins showing some lovely earthy and woody flavors, and it has this nice tobacco flavor profile as well. It begins by showing this light earthy flavor profile that has some dryness and richness to it. It is accompanied by some toasted nut notes with that and shows this lovely oaky flavor profile as well. There are those tobacco notes on the finish, and it has a faint bit of red pepper and spice with that as well. It is a very balanced cigar,and produces a flavor profile that does not have one particular flavor popping out. I would say the body on the cigar is at a solid medium body level, and it has a strength that is on the medium side of things as well. Balance is the big word with this cigar and it keeps the smoker entertained while not overpowering him or her. I think it is a cigar that could be enjoyed by many right now. The construction on the cigar is very solid and it produces a burn line that is fairly even with a nice salt and pepper colored ash. 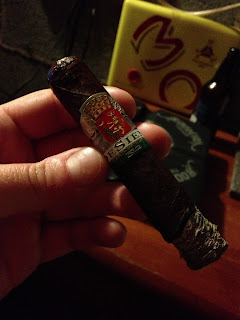 I am dividing this cigar by halves because I believe it to be a cigar that shows more of a change at the halfway point. It is a shorter robusto to begin with, but that does not play a major factor in this determination. In the second half the spice and pepper level has really faded, and even though it was soft initially it is nearly gone now. There are still some solid tobacco and oak notes to the cigar, and it is being balanced by a lovely earthy flavor profile as well. It has a finish of toast nuts and a hint of dry toast, and is very smooth. As I said earlier, the complexity is not out of this world, but there is a consistent and enjoyable flavor profile. The body of the cigar is remaining at that solid medium body level, and the strength of the cigar is remaining there as well. I honestly believe any smoker could smoke this cigar and enjoy it. Some might find it a morning cigar while others an evening cigar. The construction has remained solid throughout this half and it has an ash that is holding on firmly. It has that solid dirty charcoal coloring and there has been a nice amount of smoke produced throughout. The finish is cool and enjoyable, and though I smoked mine in the evening I would probably smoke these later morning in the future. 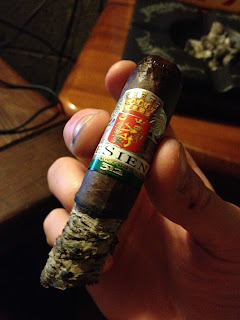 The cigar possessed a lot of qualities that you get with a smoke from a Plasencia Factory and a flavor profile you get with Alec Bradley. If you smoke enough cigars from a factory, or from a manufacturer, you begin to get a distinct flavor profile with the cigars. Cigars by Rocky Patel possess that quality, as well as cigars by Casa Fernandez, Don Pepin, Arturo Fuente, etc. This was a cigar that showed a flavor profile classic with cigars using Honduran and Nicaraguan tobacco. There is a nice balance between strength and flavor, and a nice balance between sweet and spicy. From beginning to end the cigar offered a consistent flavor profile that was enjoyable, and perfect to relax with. It was not a cigar that you needed to pick out flavors from, but a cigar that had a nice round experience from beginning to end. The cigars come at a solid price point, and are cigars that I would recommend to a lot of smokers. If you like the Black Market and Prensado by Alec Bradley then you will like this cigar. If you enjoy the Paradigm by 262 Cigars, Casa Magna and cigars by J. Fuego and old school Gran Habano then you will enjoy this cigar. It simply reaches out to a lot of smokers. I give this cigar a solid 89 and will enjoy them when I feel a Plasencia calling. 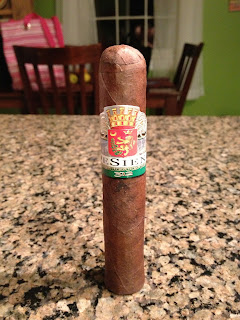 *cigars for this assessment were provided to me by DeSiena Cigars.
Email ThisBlogThis!Share to TwitterShare to FacebookShare to Pinterest
Labels: DeSiena
Newer Post Older Post Home