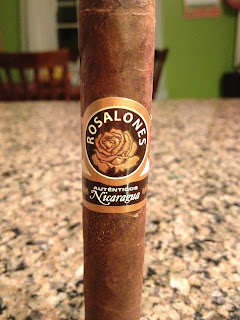 A little while back I was paying attention to some fellow media members who were down on Cigar Safari and I saw they were smoking a cigar called Rosalones. It brought much interest to my mind, and when I accidentally discovered them I was extremely happy! The cigars are intended for the European market, and are made by Joya de Nicaragua. They were discontinued for many years, but brought back to the market around two years ago. They have been doing very well overseas, but there is no official announcement on having them be sold to our market completely. They are intended to be softer than the companies well known Antaño, while remaining a Nicaraguan puro. I look at this cigar as being between the absolute middle of the companies portfolio, and I am eager to begin this review.

Rosalones is a Nicaraguan puro that is solid predominantly in Europe. It just popped up at Cigar.com and Cigars International, and I have heard that it is doing very well there. The cigar comes finished with a Nicaraguan Habana Criollo wrapper with a Nicaraguan Habano binder and Nicaraguan fillers. The vitolas offered are much smaller than what we are seeing on the American market, and that is why you know it is a European cigar. For this review I grabbed the 448 "Consul," and the cigar measures 4.75" with a 48 ring gauge. There is a great cap to the cigar and it is rolled well. There is a nice firmness to the cigar and the wrapper shows some veins throughout but has a smooth and simple texture to touch. The coloring is that of dark brown, very Colorado Maduro, and it has an aroma of rich earth, licorice and cocoa. 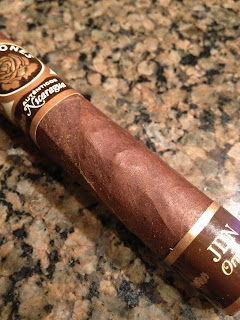 The first third has a terrific opening and it shows some great flavors with a terrific body and strength level. I am picking up some rich earthy notes, and it is accompanied by some chocolate, coffee bean and sweet tobacco notes. There are some spices with that, bits of pepper and cinnamon, and it is a great Nicaraguan puro. I would say that the body and strength of the cigar are at a medium to medium full level, but that is my opinion. It is definitely not the strongest cigar I have had by Joya, and is really a middle of the road cigar for them. The construction is terrific through the first third and the cigar is producing a nice even burn line with a lovely charcoal ash. The ash is solid in some areas, and flaky in others. I am really digging this cigar right now and I love the size as well. 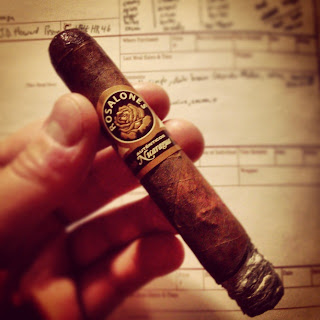 When I get into the second third of the cigar I find that the body and strength of the cigar increase slightly. I would not say the cigar is a powerhouse now, but I would say it is on the fuller side of medium. I guess you could say that is medium full, but I like to fluff things up from time to time. There are still some great tobacco, coffee bean and earth notes present with the cigar, and I am getting some nice dark chocolate notes now. I would say the cigar is darker and richer in this third, and the tobacco and spice notes are stronger as well. The construction on the cigar is still terrific in this third and I am getting a cool and flavor draw. The burn line is razor sharp and the ash is still slightly flaky in parts while keeping that nice charcoal coloring. I really dig this cigar so far, and love that it is now available to our market. 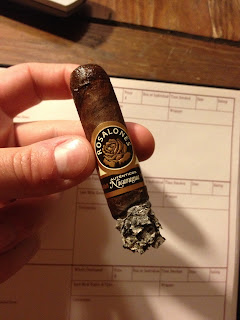 I am in the final third and the cigar has definitely returned to a state that is familiar with the first third. I would say the strength at the end is at a medium level, and the body has decreased to be slightly over that as well. There are still some great coffee bean and dark chocolate flavors with the cigar, but they are softer now than before. I am getting some nice earthy qualities still, and there is this new toasty and nutty flavor showing itself as well. I would say it is that of almond and peanut butter combines. There are very faint notes of tobacco on the finish, and the spice and pepper notes have faded. The final draw to the cigar is very cool and shows those rich Nicaraguan flavors. In terms of construction the cigar is fantastic from beginning to end, and I am left with a nub that has a razor sharp burn line and an ash that is charcoal in coloring. 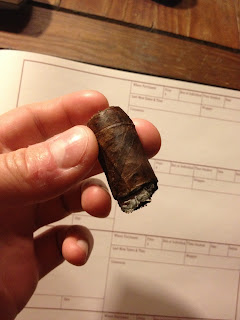 This is a terrific Nicaraguan puro, and a great way for Joya to show that it can make a Nicaraguan puro that is not too strong for some smokers. I see why it sells well in Europe, and I am glad there are some places top get it State side. I think this cigar would do very well in the market we have right now. I believe the craze for really strong cigars is fading some, and as smokers, we want something with tons of flavors but not over the top in terms of strength. There will always be smokers that crave cigars like the Antaño, but it is great to have variety. It is hard to classify this cigar as a new cigar, because it is really not, but it is in a release stand point to our market. I love where Joya has been taking us the past two years and I think they have made terrific decisions as a company in getting where they are now. The cigar shows great flavors, medium body and strength with terrific construction from beginning to end. I am giving this cigar a solid 92 and look forward to smoking my next one. 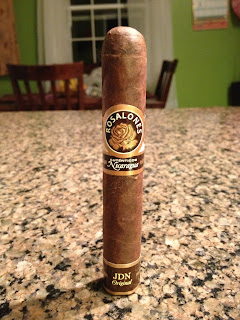