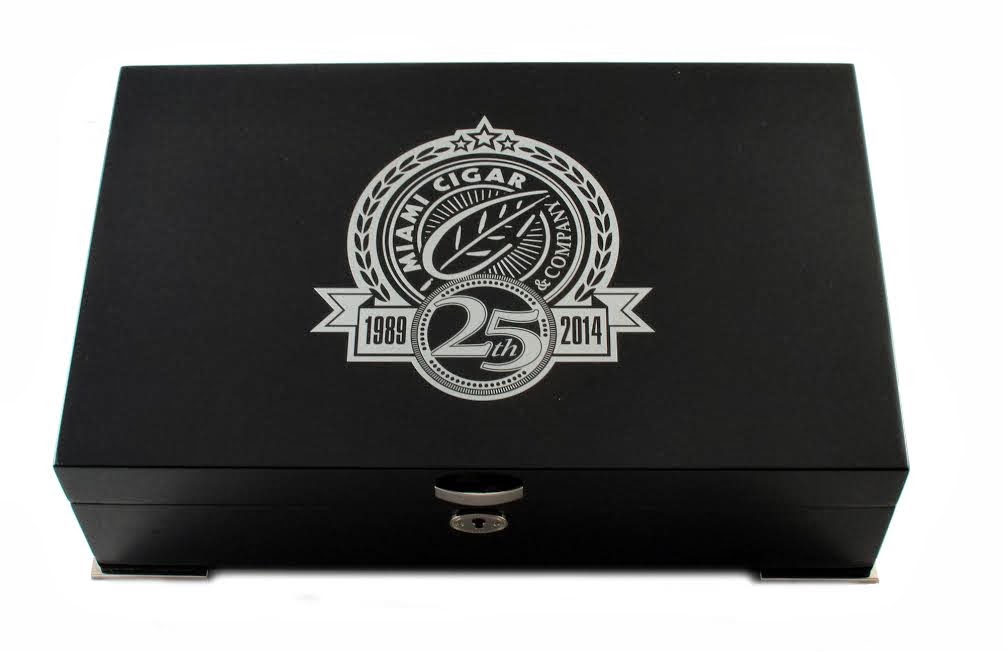 Commemorating their 25th Anniversary, Miami Cigar & Company is releasing a limited edition humidor. The piano-finished humidor will be able to hold up to 75 cigars, but will be initially available with 20 toro sized cigars inside. These cigars will be individually coffined, and will denote their country of origin. Both My Father Cigars and La Aurora are working with the company to honor their 25th Anniversary, and both companies will have their cigars placed in the humidor when initially sold. (I am assuming ten each) Total production is set at 500 humidors, and you can expect these in shops across the United States by mid-March.
Email ThisBlogThis!Share to TwitterShare to FacebookShare to Pinterest
Labels: Miami Cigar, Nestor Miranda
Newer Post Older Post Home