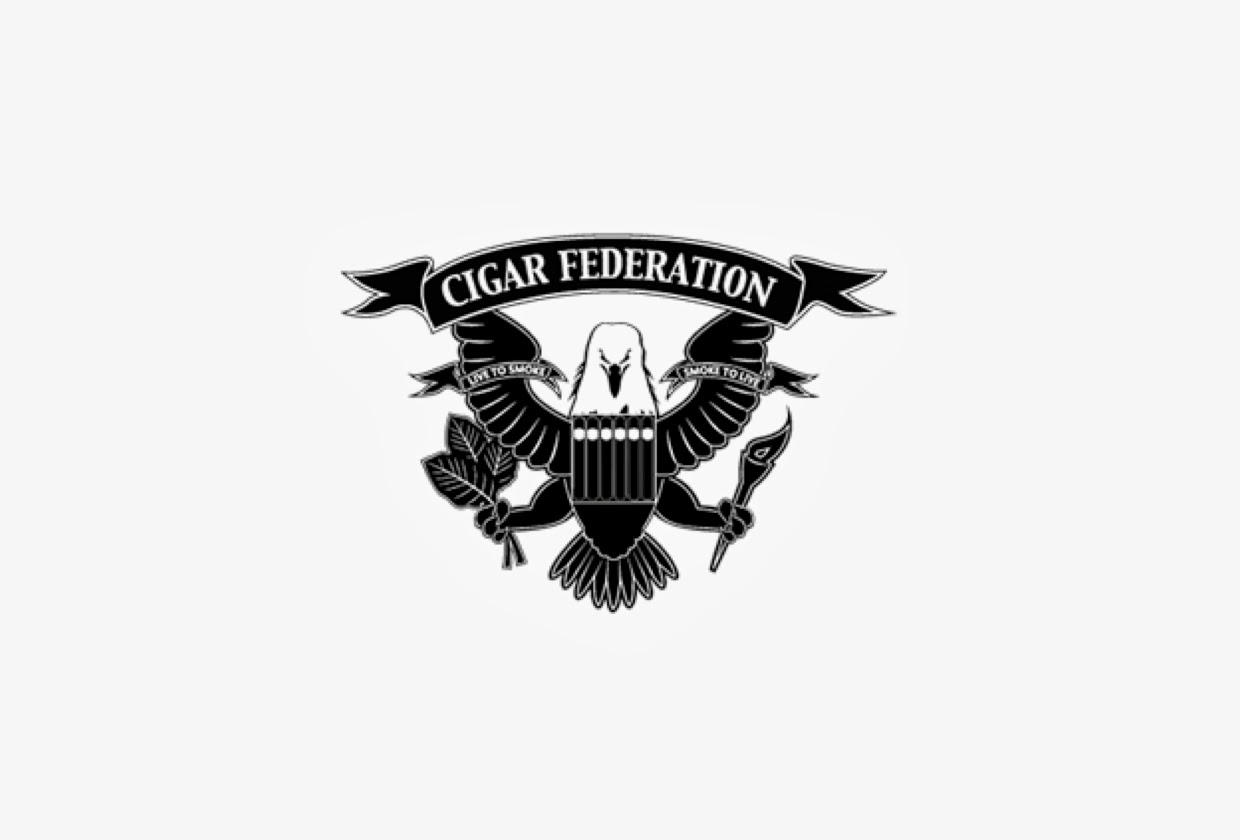 Cigar Federation has recently announced the release of their first cigar, The Collective. The cigar is blended by Ezra Zion Cigar Company, and is manufactured in the United States at Casa Fernandez Miami. Total production of the cigar is 250 boxes of 20 cigars, and the cigar comes in one vitola offering, a box-pressed toro measuring 6.25" with a 52 ring gauge. The cigar features a Mexican San Andres Cafe Claro wrapper and it is then complete with a double binder that is all Nicaraguan and a filler blend that is also entirely Nicaraguan. The cigar is composed of a large amount of tobacco that is medio tiemp leaf, and this is tobacco that Casa Fernandez is using in their ultra premium cigars.

With the launch of this cigar, the Cigar Federation crew will be hosting a Virtual Herf Launch Party on February 18th, 2014 at 8 PM Eastern Standard Time. Chris Kelly, Kyle Hoover, Logan Lawler and Rob Rasmussen will be hosting the event with a group of members from the cigar online media world. During the show the cigar will be made available for sale to the general public, as it is currently aviable to Cigar Federation members. Tune in February 18th to watch the herf and members of the online media world discuss the cigar with it first being released.