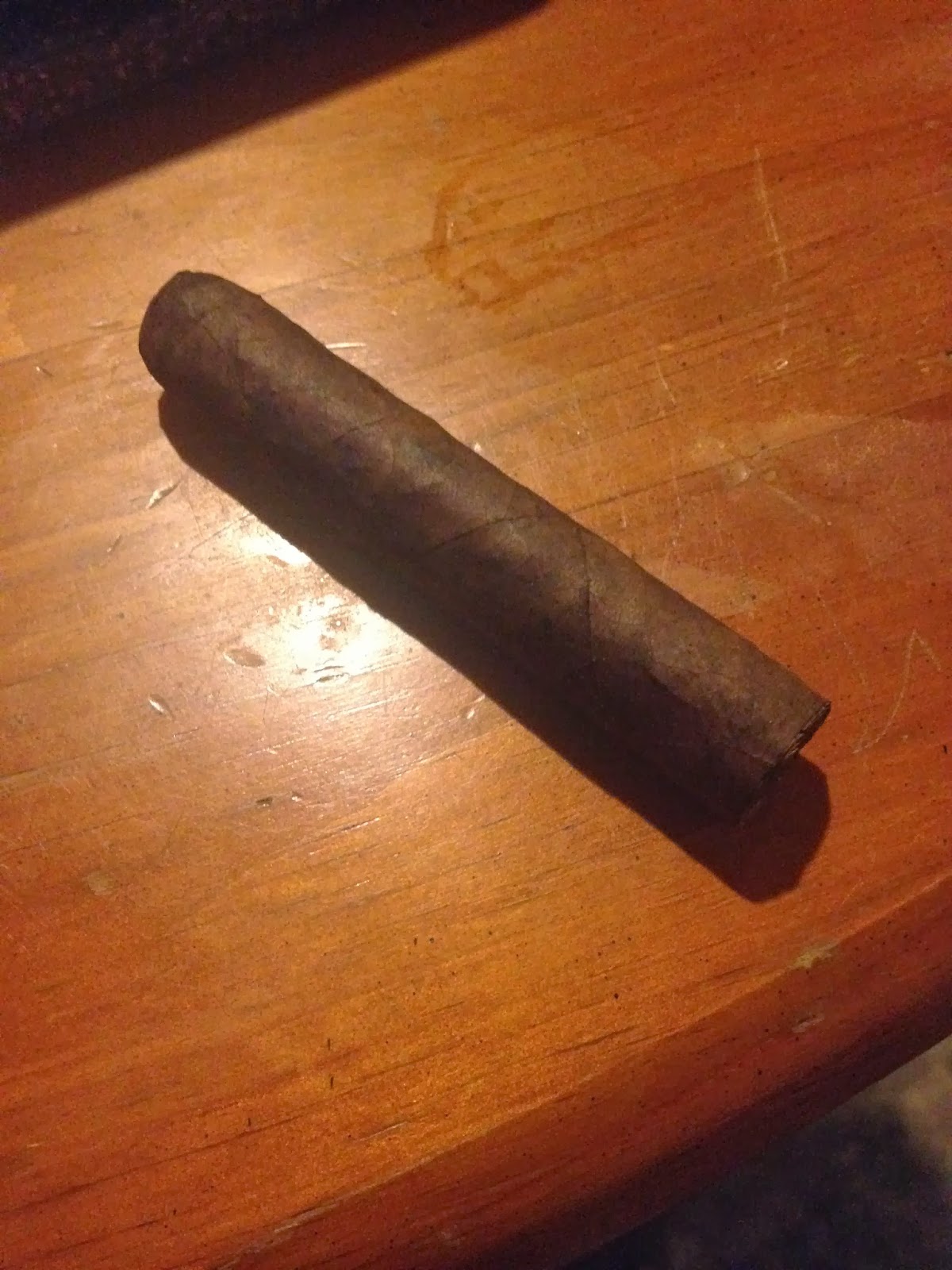 Last year Dion Giolito and Illusione Cigars released possibly the best new cigar of 2013. That cigar was the Illusione *r* Rothchildes, and I say that it was possibly the best new release because the cigar was incredibly successful with consumers in all categories. The cigar had depth with tons of flavors, balance from beginning to end and available at an amazing price. The cigar was so successful that retailers could not keep them in stock long enough, and consumers were searching high and low for them. Like most things, demand went down as the year progressed because of new cigars, but the cigar continues to rock and be successful with the true Illusione fans. It may not have received as high rankings as other cigars, but there is no doubt that this cigar was successful. I seem to smoke them all the time, and it is a cigar that I can smoke in the morning, afternoon or evening. Following this release, Dion has released another cigar which is very similar to the Rothchildes and is called Rex. While the cigar is not the same size, it is fairly similar in almost every area.

Available in 50 count cabinets, the Rex is a short petit corona that measures 4" with a 44 ring gauge. Like the Rothchildes the cigar is made in Nicaragua, and is made at the Casa Fernandez factory Tabacos Valle de Jalapa S.A. The cigar comes finished with a Mexican San Andres wrapper and has two binders that are Corojo and Criollo. (98 and 99 respectively) The filler is all Nicaraguan, and is composed of tobacco from the two regions of Esteli and Jalapa. This is a pattern that we are seeing not just with Dion, but a lot of the guys working with Casa Fernandez, and I think it shows you where the good tobacco is coming from. The cigars have a rough wrapper that is not beautiful, but I am sure is packed with flavors. There are some nice sized veins throughout and it has a dark marbled coloring to it. There is a spectrum from Natural Maduro to Maduro/Oscuro and it is a cigar that is not meant to be beautiful, but flavorful and daily. To me it is almost a personal cigar made at the factory that is not meant to be presented, but smoked. The cap is a little rough, but the cigar is producing an aroma that has bits of earth, cocoa, raisins and tobacco. 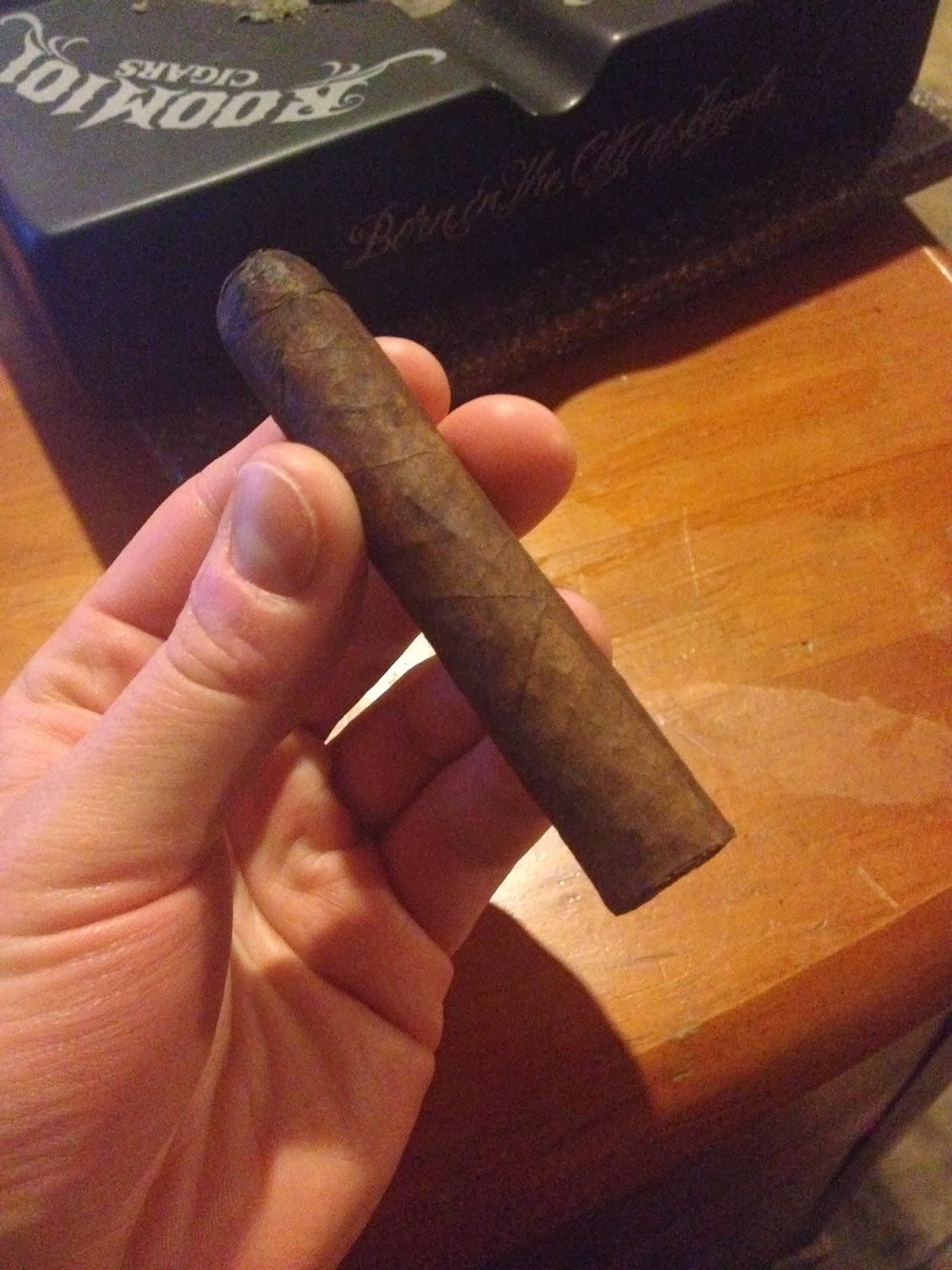 The cigar begins by showing some solid metallic and mineral notes. It has some earthy, dark cherry and tobacco notes present with that as well, and it is very rustic. I am getting bits of oak qualities on top of that, and it is a cigar that is dark and strong but balanced at the same time. I would say the body is smoking at a medium full level and the strength is right at a medium quality. It is a cigar that I would not begin my day with, but come lunch time I would light this puppy up. The cigar has terrific construction in the first half and it is showing an even burn line with a nice dark charcoal ash holding on firmly to the end. In terms of draw, the cigar is producing a nice bit of smoke and it is cool as well. There are tons of positive qualities to this cigar, and it shows how well the cigar is rolled. I like the beginning to the cigar thus far, and I am interested to see if the cigar shows some transitioning as it progresses. 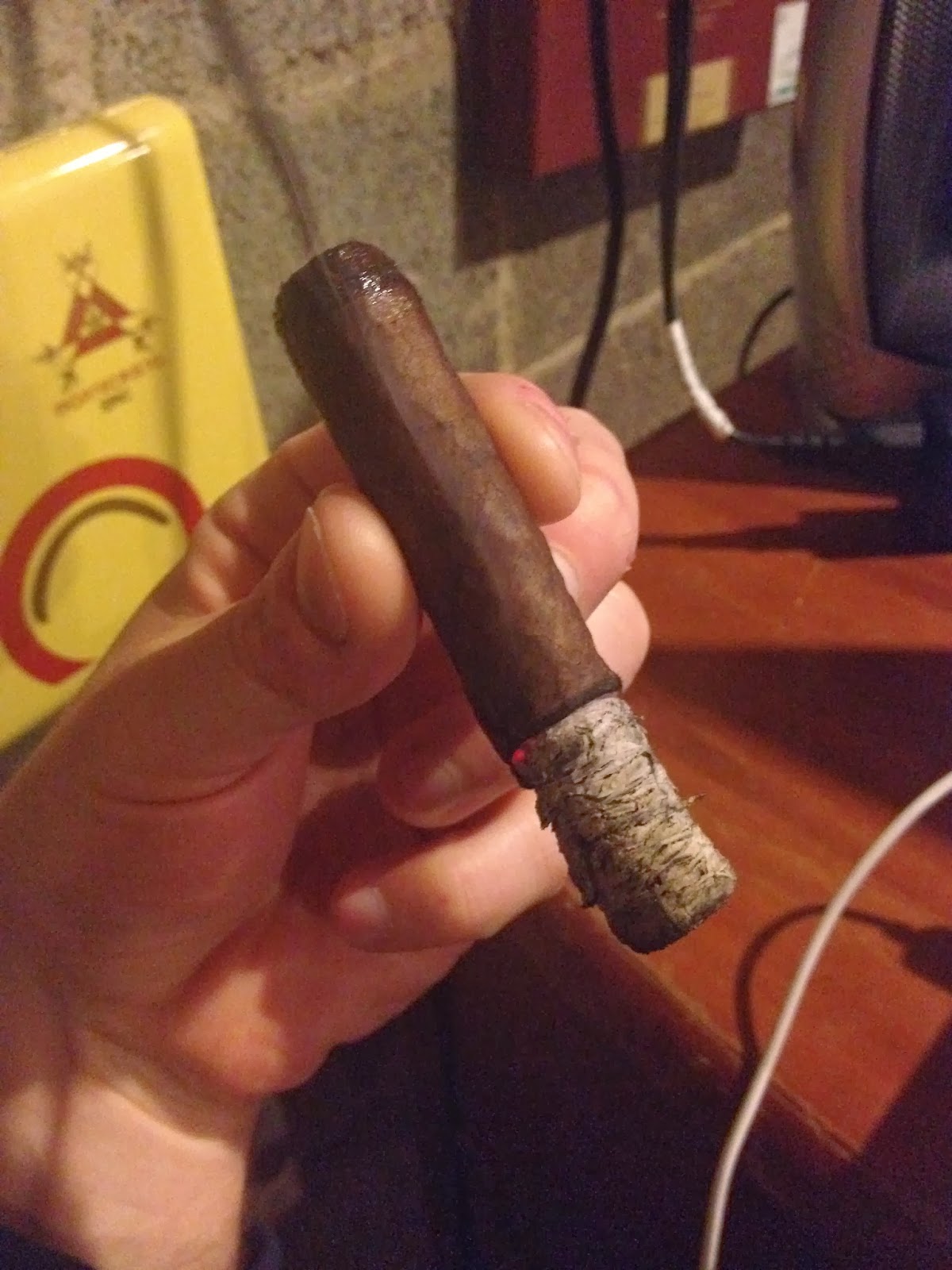 I am in the second half of the cigar now and there is some definite transitioning. I do not believe this is a cigar that shows change in thirds, but rather come the halfway mark takes on a whole new character. In this half of the cigar I find that there are less metallic and mineral notes, but a rise in the dark stone fruit qualities present with this cigar. There are some earthy and cocoa notes present with that, and it is a smoother smoke. It's not that it was bad in the first half, it wasn't, it just wasn't as smooth as it is now. There are some lovely tobacco and oak notes with that, and it is very enjoyable. This is definitely a daily cigar and one that can dominate the palate. I am actually finding this is a cigar that once I light up, that is all I am smoking for the rest of the day. The construction is incredible in the second half of the cigar and it is showing that even burn line with a nice charcoal colored ash. The draw is perfect, still very cool, and it smokes wonderfully down to the tiny nub. I would say that it finishes on a medium note in terms of body and strength, and this half is a unique change from the first. 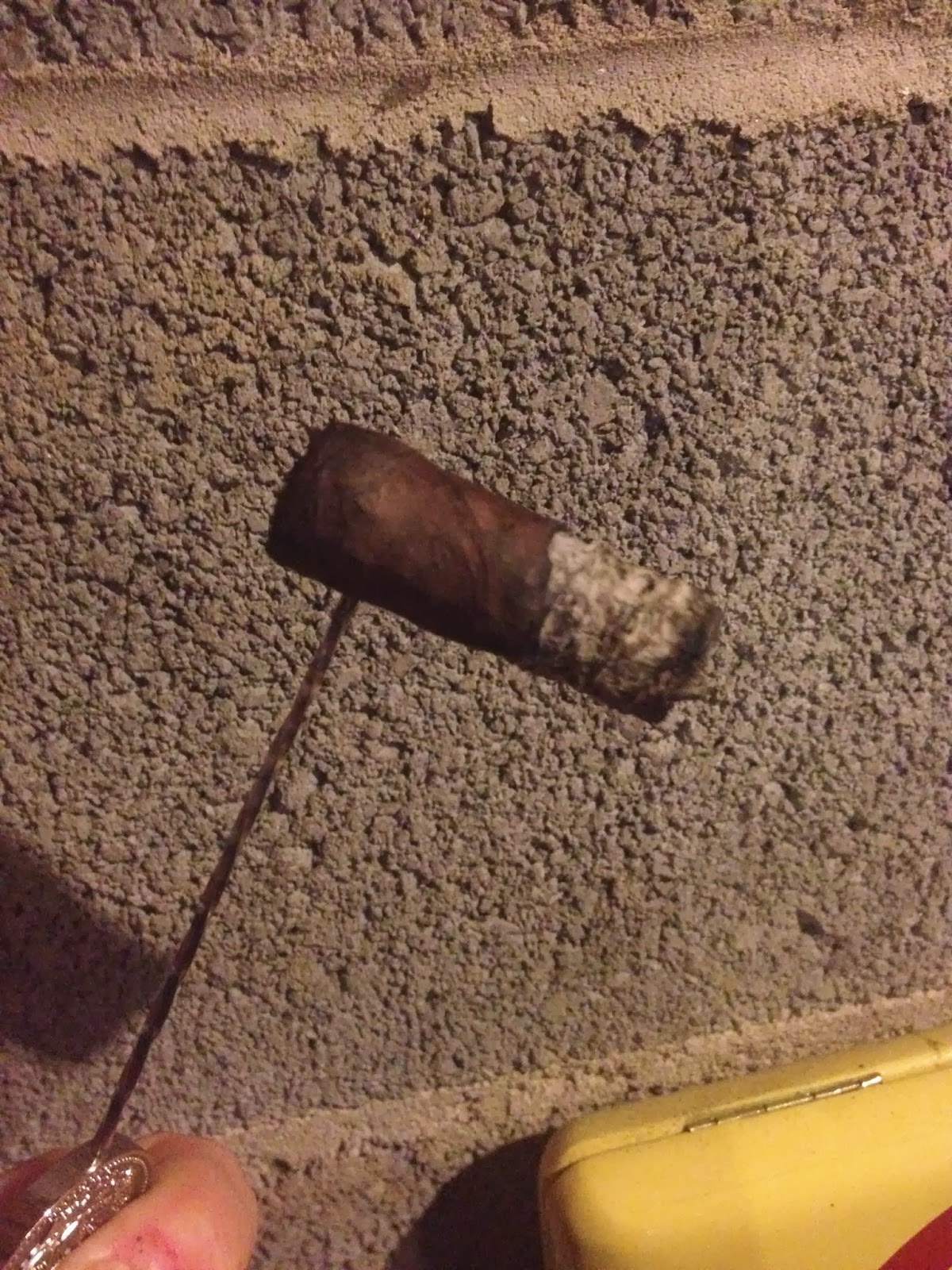 The Rex is a solid release from Illusione, and is a release that I really enjoy given what it is. It is a quick smoke, which I love, but I feel that the cigar loses some in this smaller offering when comparing it to the Rothchildes. I felt that with the Rothchildes, the cigar was delivering a little bit more complexity and enjoyment from beginning to end, while this cigar was tasty and consistent but lacking the same level of complexity. I don't care about how the cigar looks, yes it impacts my review, but that is not an issue to me overall. The big thing is that I just felt that it was lacking something in the blend. This might be the one time that I think the cigar needs to be in a larger ring gauge, and that has possibly got to do with the fact that it is a Mexican San Andres wrapper. The size itself is great, and he does an amazing job with the ~68~, but this smoke was not the same. The cigar showed excellent construction from beginning to end, and the last part of the cigar was cool and showing those core flavors. Overall, I am giving this cigar an 89. For the price and size this cigar is terrific, but I just feel that it is wiser to go with the Rothchildes. 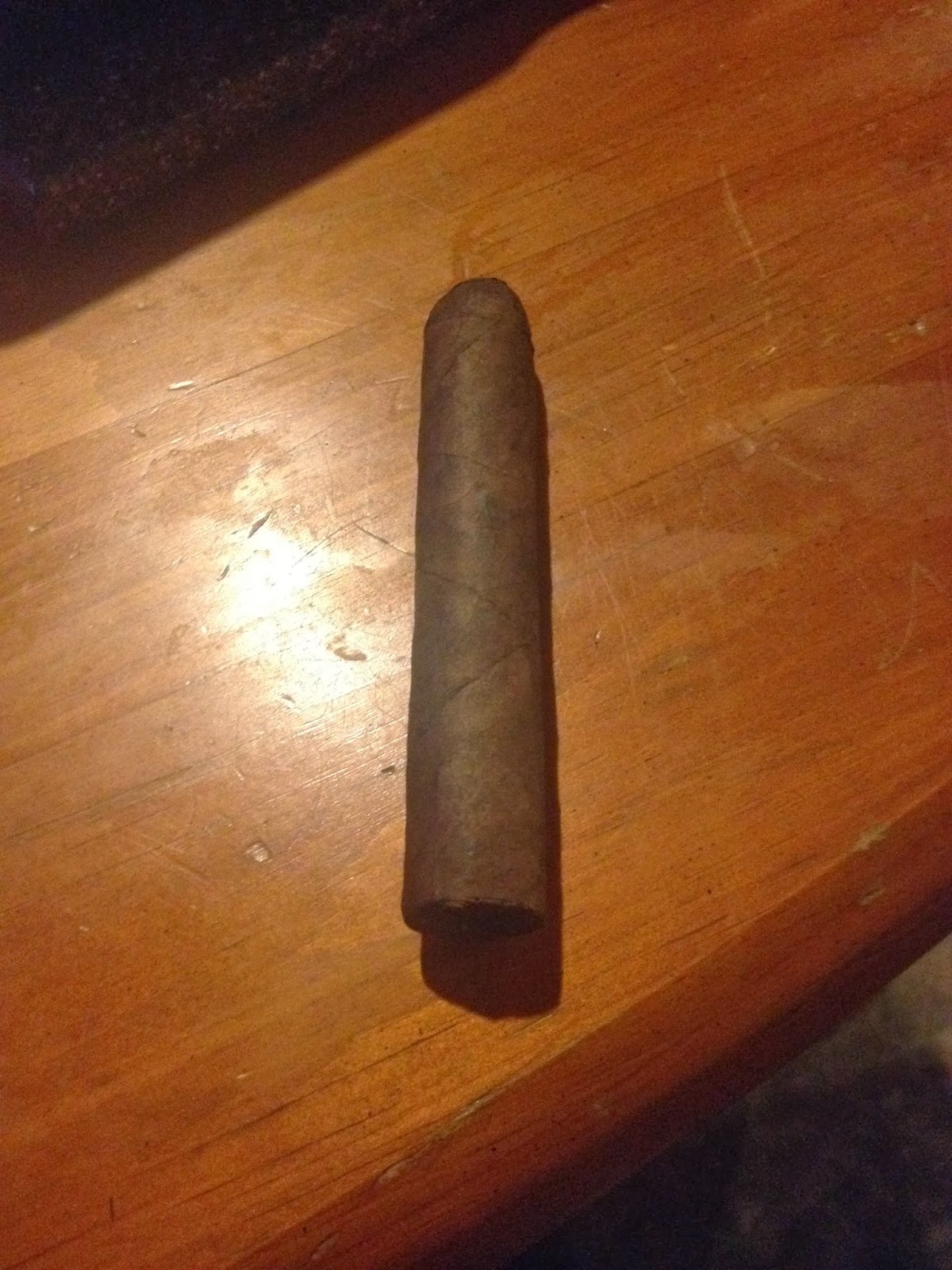