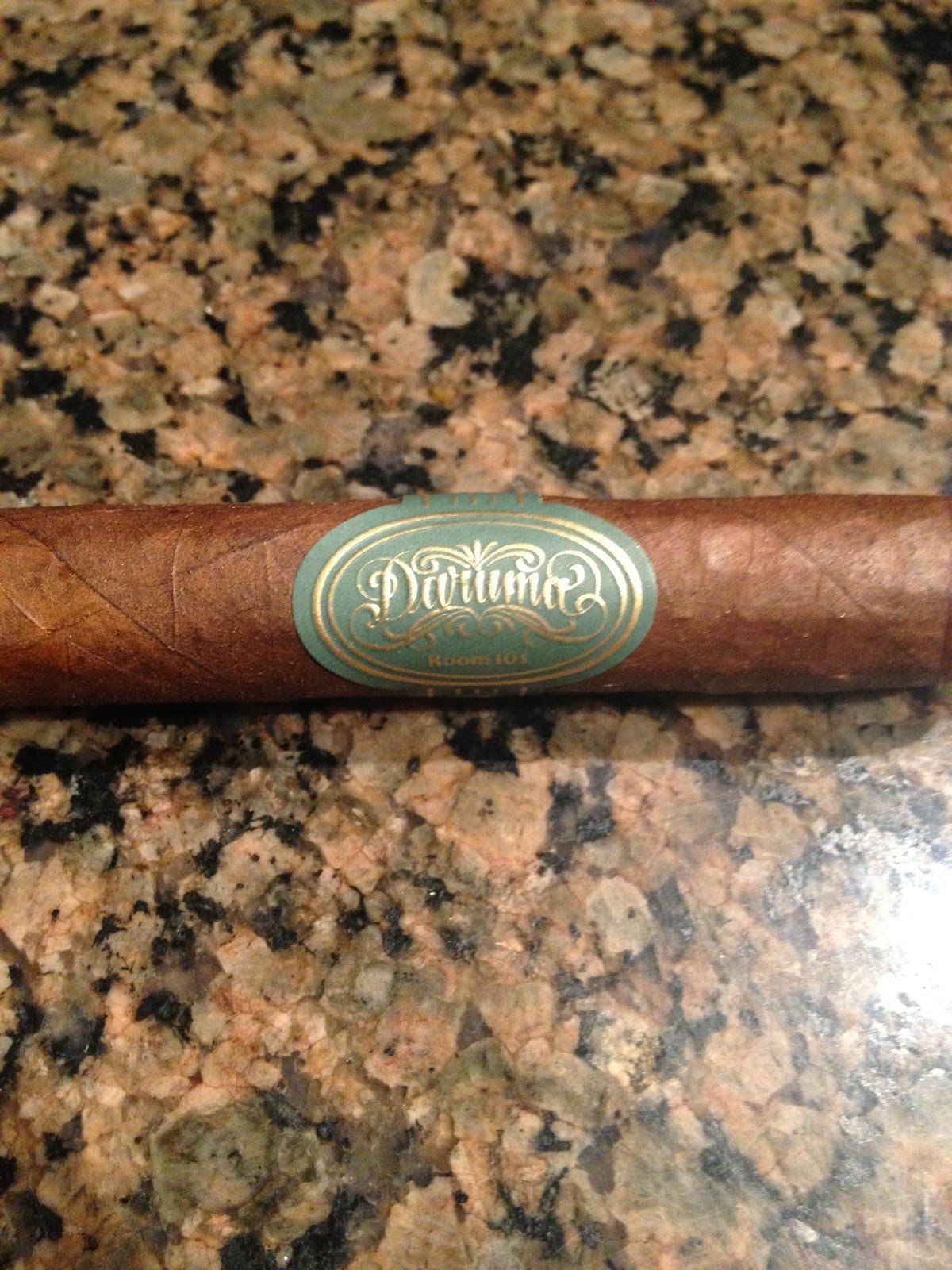 In 2012 Matt Booth and Room 101 Cigars released the Daruma. This was their follow up release to the Namakubi and O.S.O.K., and both were successful releases for the company. The Daruma was very successful for them and in my opinion it reassured retailers that Room 101 was on stable ground and that they could produce consistent and high quality products that were regular production. With the release of the Daruma the company also released their first lancero. The cigar was called the Mutante and to this day I believe it is the best Daruma and one of the best Room 101 sticks ever made. The line has done well in the shops that I have visited and following that success the company has released the Room 101 Daruma Gold. There were lines in between the Daruma and Daruma Gold, but I am talking about their premium lines. The cigar was announced about a month ago and is just now hitting retail locations.

The Daruma Gold is an offshoot of the original Daruma, and the only thing that is different to the cigar is the wrapper. This time around, the company decided to go with a Mexican San Andres wrapper rather than the Ecuadorian Habano from before. The binder is still Brazilian Mata Fina, and the filler is a blend of Honduran and Dominican tobacco. For this review I chose the Mutante, my favorite size of Room 101, and this is the lancero in the line with production set at 5,000 sticks. It measures 7" with a 38 ring gauge and has a nice pigtail cap on the end. The wrapper is smooth in texture with very little oils present and it has a nice light maduro coloring. There are a few small veins present throughout and it is firm in hand. The wrapper has a sweet coco and rich earth aroma, and on the foot I am getting some notes of tobacco, hay, sweet cocoa, spices and some lemon zest. 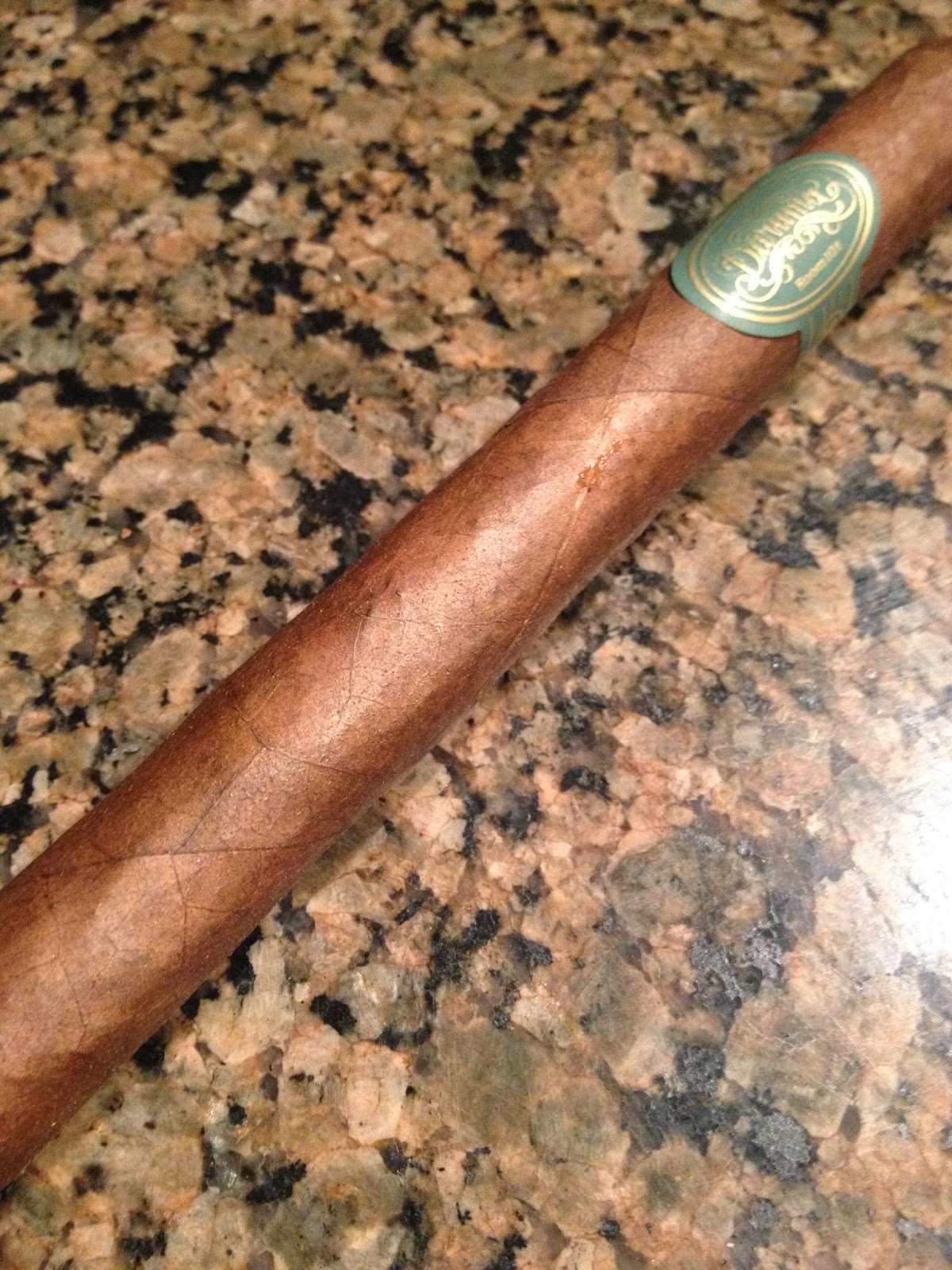 The first third begins by showing some great richness and cocoa flavors from the wrapper. Mexican tobacco has a unique taste, and this is showing that. Along with that though, I am getting some lemon mint, herbal qualities, pepper and some nice spices. I am loving this smoke in this smaller ring gauge format and like the original Daruma, this is where the line is going to rock! The construction on the cigar is absolutely terrific and it is producing a beautiful burn line with a nice charcoal ash on the end. The ash is holding on firmly and it is not a flaky ash but a solid one at that. The draw is cool to the smoke, always important with a small ring gauge cigar, and it is producing a nice bit of smoke. So far I would say that this is a solid medium body cigar and the strength is there as well. The pepper and lemon mint notes really pop, but they do not make it seem more than it is. 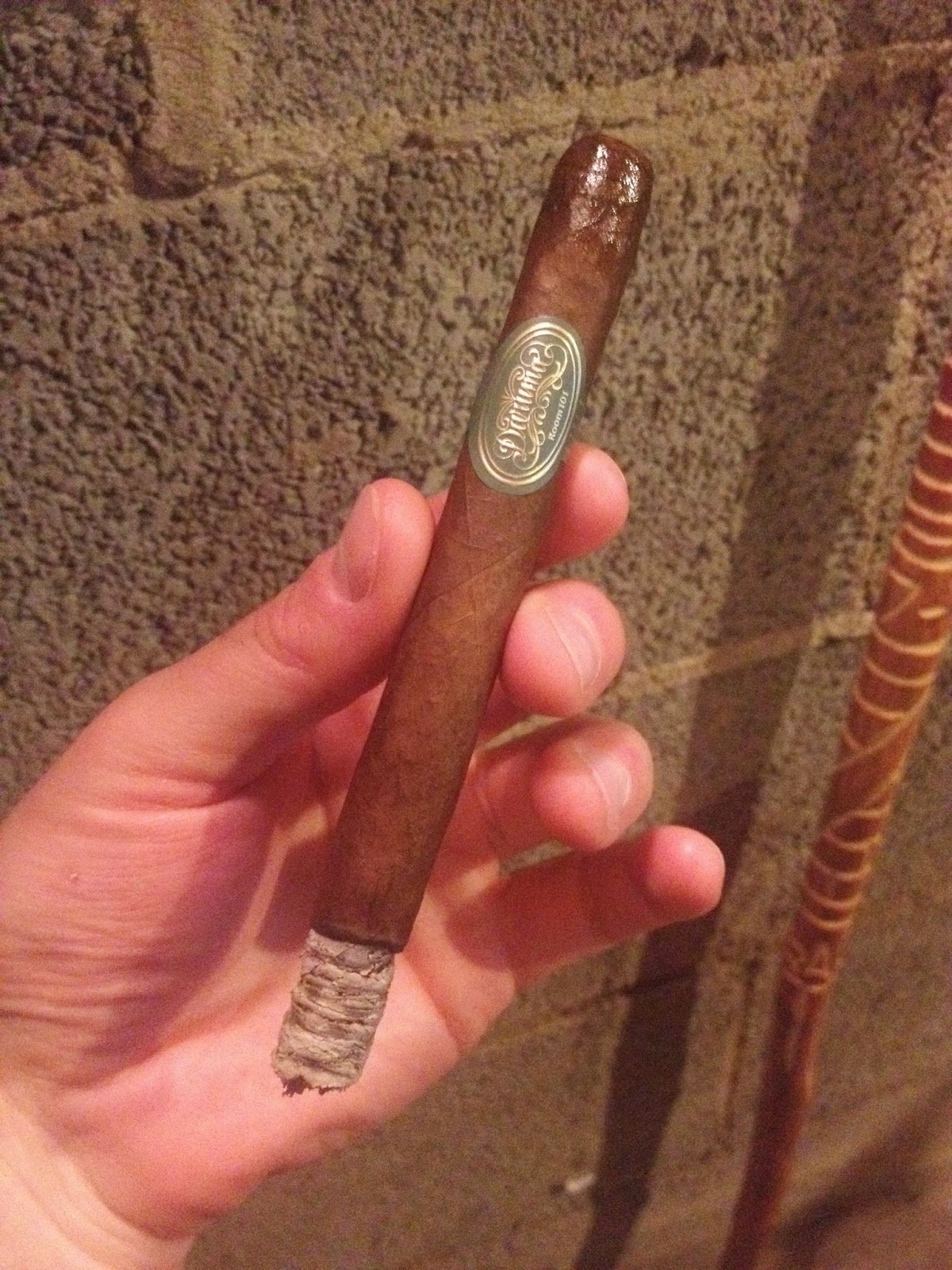 I am in the second third of the cigar now and it showing some great dark chocolate notes and it is accompanied by those pepper and lemon mint notes from before. I would say that it is showing some slight bits of earth and spice as well, but overall the flavor profile is focused on those three qualities. I am still getting a lot of Mexican flavors with the wrapper and this smaller ring and I am actually liking how it is smoking. In terms of construction the cigar continues to smoke wonderfully and it has a razor sharp burn line with a nice dark charcoal ash on the end. The draw is still very cool with the cigar and I think the smoke being produced is at the perfect level. Sometimes smoke production gets insane, but that is not the case with this stick. The body and strength continue to smoke at that medium level and this is a cigar I could have in the morning, afternoon or evening without any problems. 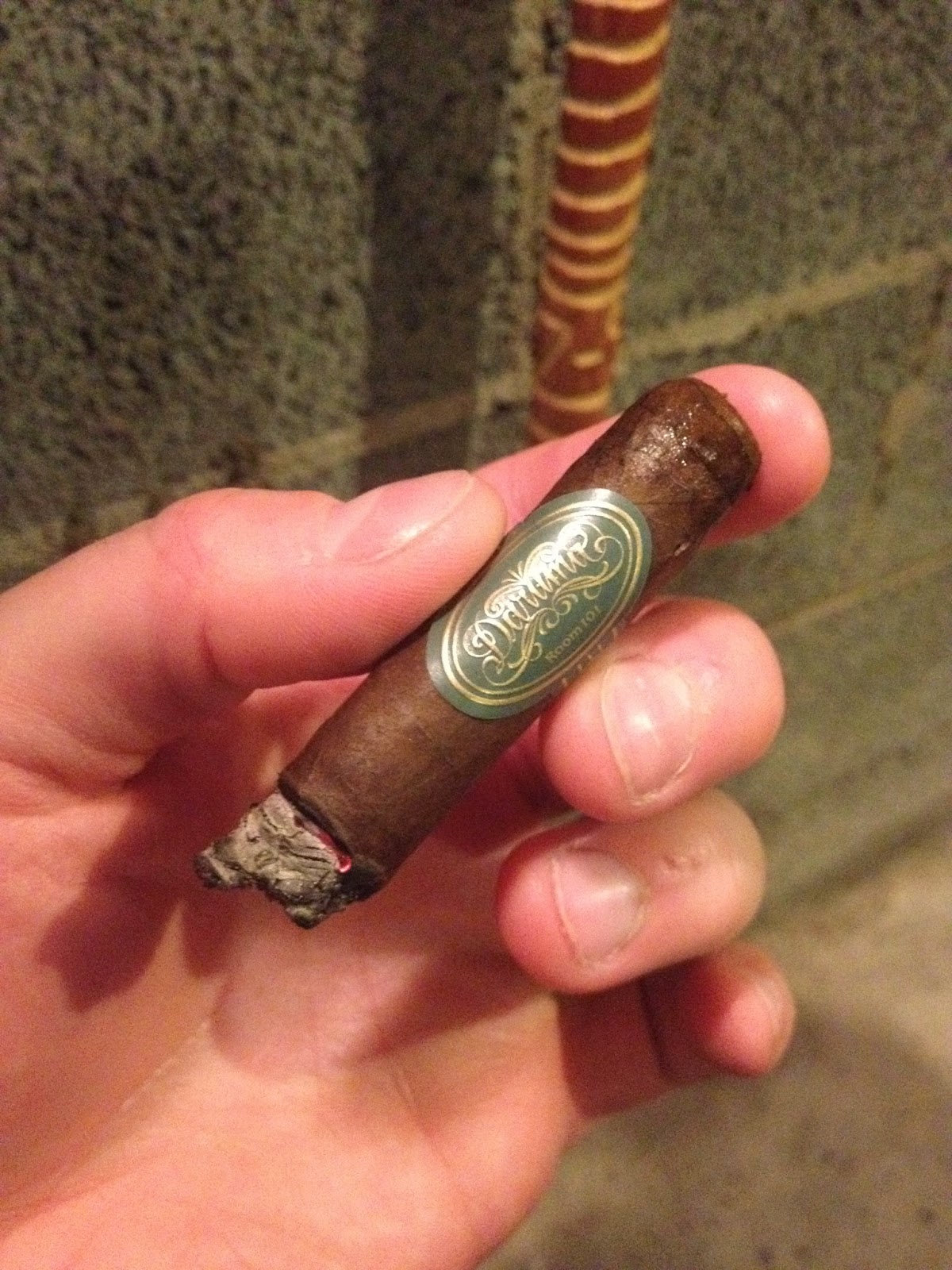 When I get in to the final third of the cigar I find that it continues to show the flavors from the second third and it is producing rich earth, sweet chocolate, lemon mint and pepper notes. The spice and herbal flavors are present as well and it has a finish of wood and hay. While there was not much transitioning into the final third of the cigar, it was enjoyable and producing a consistent complex flavor profile. With the enjoyable flavors, the construction has remained identical to where it has been and the burn line is razor sharp with a nice charcoal ash on the end. The draw remains to be cool all the way to the nub and with it are those sweet, lemon and peppery flavors. The cigar ends on that medium level for body and strength as it has been smoking throughout and this is a cigar that I could have as the first cigar of the day or the last cigar of the day. 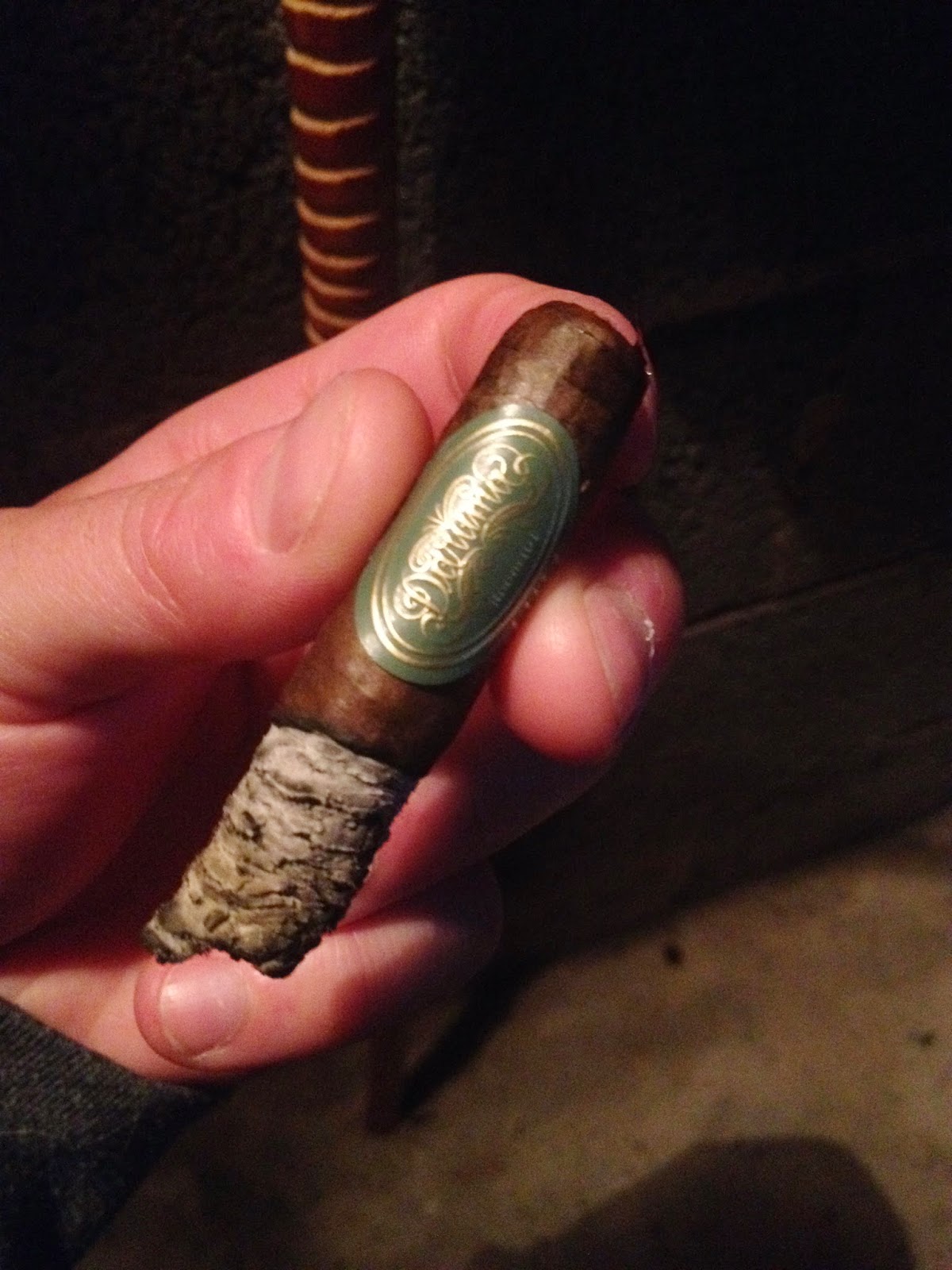 I really liked the Daruma Gold and I think it smoked great in the Mutante offering. I would be interested to see how this cigar does in the other offerings because with the wrapper change I want to see the impact that plays on the cigar. I liked the offering and the flavors that the Mexican San Andres brought to this blend, but overall I would go with the standard Daruma Mutante over this. I think the Daruma Mutante is one of Booth's best pieces of work and I believe that he excels in those smaller ring gauge formats. I am still waiting for a Namakubi Mutante, I think it would be the bomb, but we will see if that happens. For the Daruma Gold Mutante, the cigar produced some terrific flavors that had transitioning for the most part while remaining always complex. The construction was top notch from beginning to end and I loved the balance between the body and strength. I am giving this cigar a solid 91 rating and look forward to smoking some more down the road. 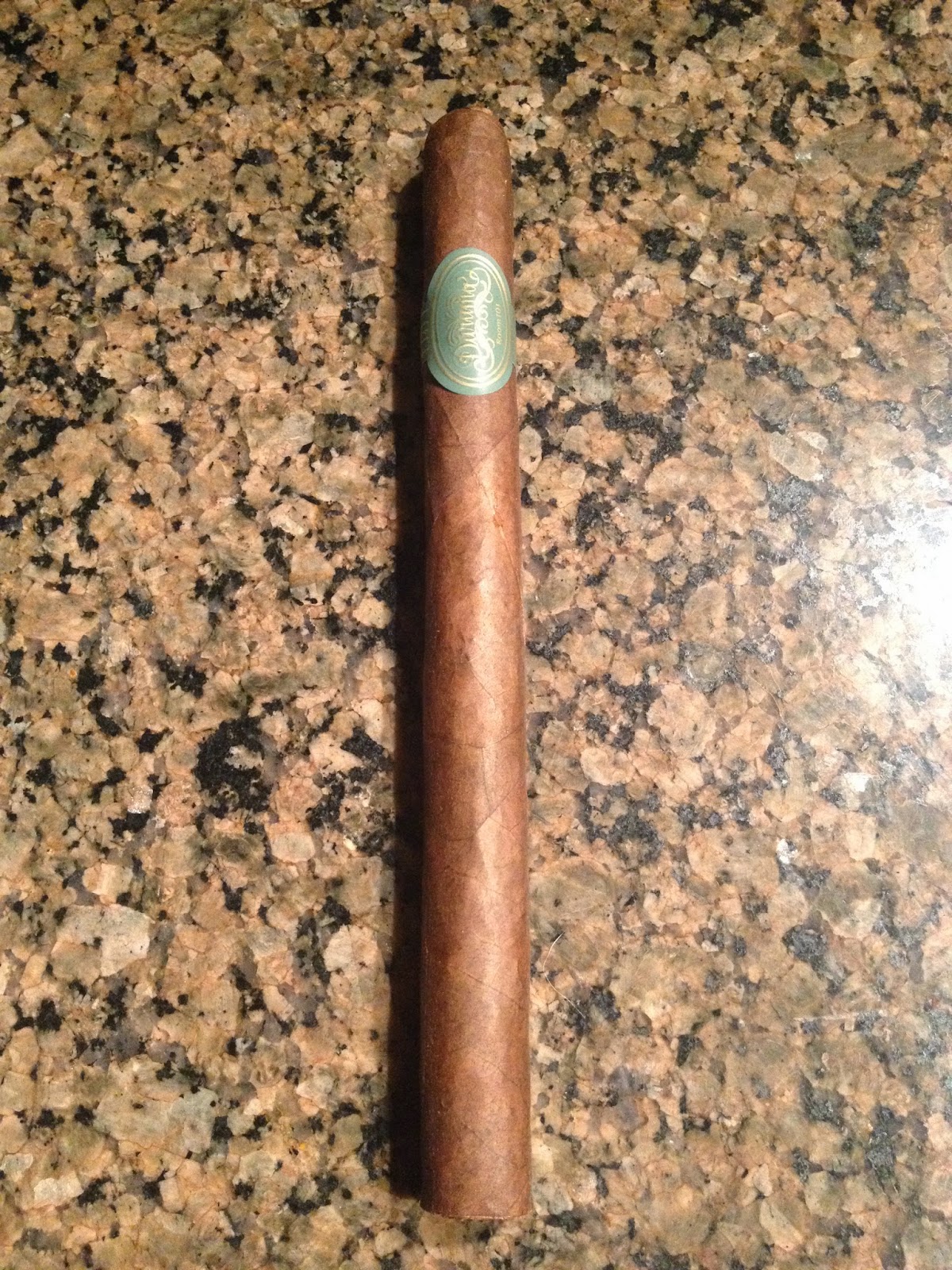