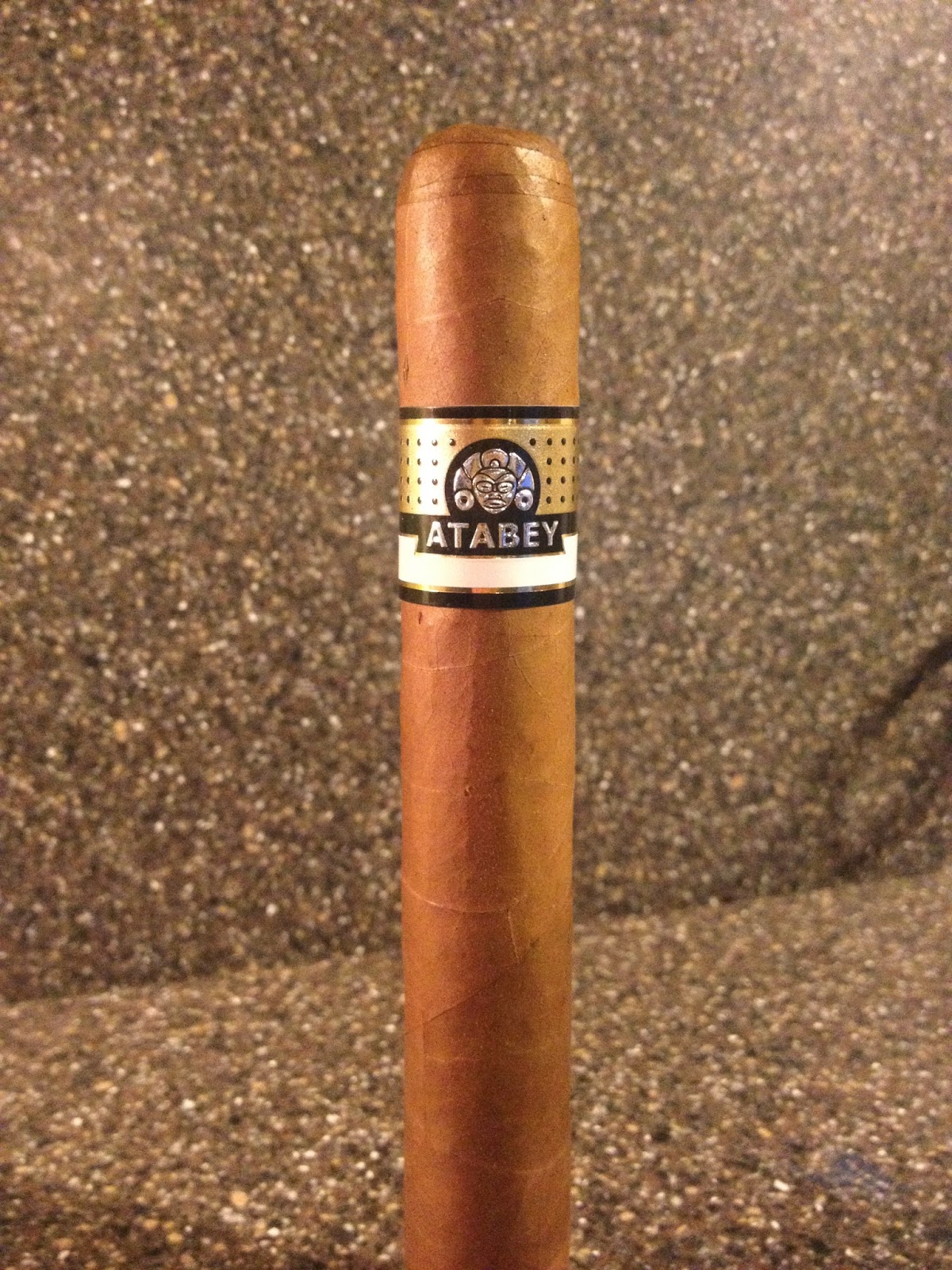 I think everyone knows of the Cohiba Behike. It was rated as the Cigar of the Year by Cigar Aficionado for 2010, and besides the fact that the Behike was composed of special tobacco, more special than regular tobacco in the Cohiba brand, the Behike had a major packaging upgrade. To this day it is easily the best packaging that has been on any Habano, and the creator of that packaging was Nelson Alfonso. Nelson Alfonso has done the packaging for a lot of the modern merchandise and brands for Habanos, and as I have seen a some of his work, it is very impressive. Following his success with Habanos S.A., Alfonso began his own company based in Costa Rica. The company is called Selected Tobacco Company and one of those brands is the Atabey. The name refers to the supreme deity of the Taino natives and when looking at the packaging, you would think it is a cigar for the god himself.

The Atabey brand is a super premium brand and because of that, it is not cheap. In terms of tobacco used in the Atabey brand, they do not disclose. What they do say is that the cigar is composed of tobacco from the Caribbean and Central American countries. The Ritos is the vitola I was given, and it measures 6 1/8" with a 55 ring gauge. On their site they list the measurements in mm as well and it implies that they are producing cigars for the international market as well. The cigar features a triple cap and the wrapper itself is incredibly silky. There are very few veins present on the wrapper and it is gorgeous in appearance. The coloring is that of light Colorado and this is simply a perfect cigar in appearance. There is an aroma of spices, tobacco, light cedar, sweet stone fruit and grass on the foot, and the wrapper shows some aromas of sweet cedar, hay and grass. 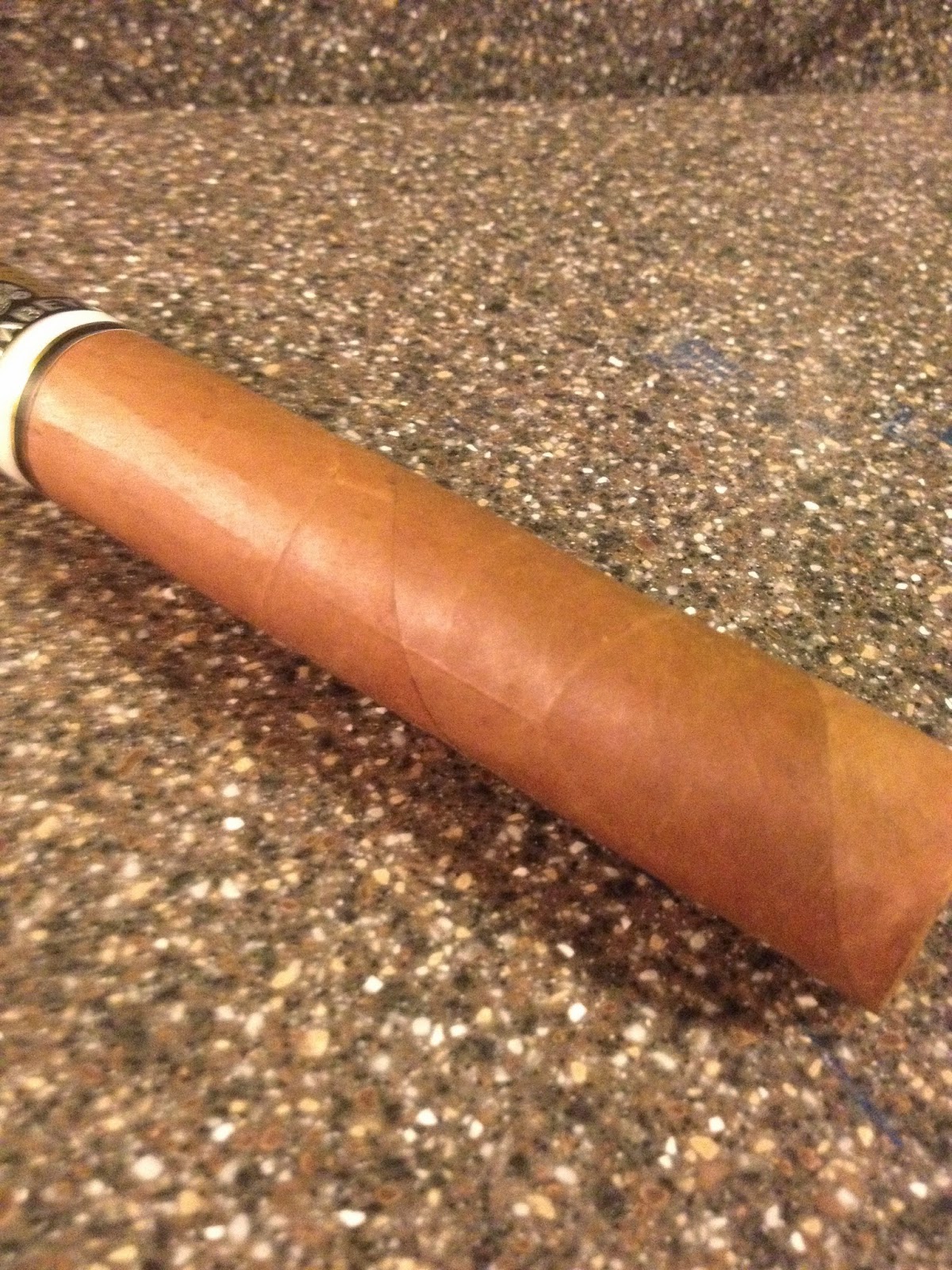 The first third begins by showing some light flavors but they are complex and truly incredible. I am picking up some light cedar notes that are sweet and at the same time dry and spicy. Along with that, I am getting some soft spice notes and it is accompanied by bits of soft tobacco, hay, grass and light apricot flavors. Overall, this is a complex cigar that is very light but also very flavorful and enjoyable. I would say the body is right at the mild to medium level and the strength level is right at a mild level. It is a very smooth and easy cigar and it is a cigar I could have in the morning with no problem. It is a little too elegant for the morning if you ask me, but it could be smoked in the morning with no problem. In terms of construction the cigar is absolutely perfect and it has an amazing draw with a razor sharp burn line. The ash is right at a soft charcoal coloring and it is holding on firmly to the end. 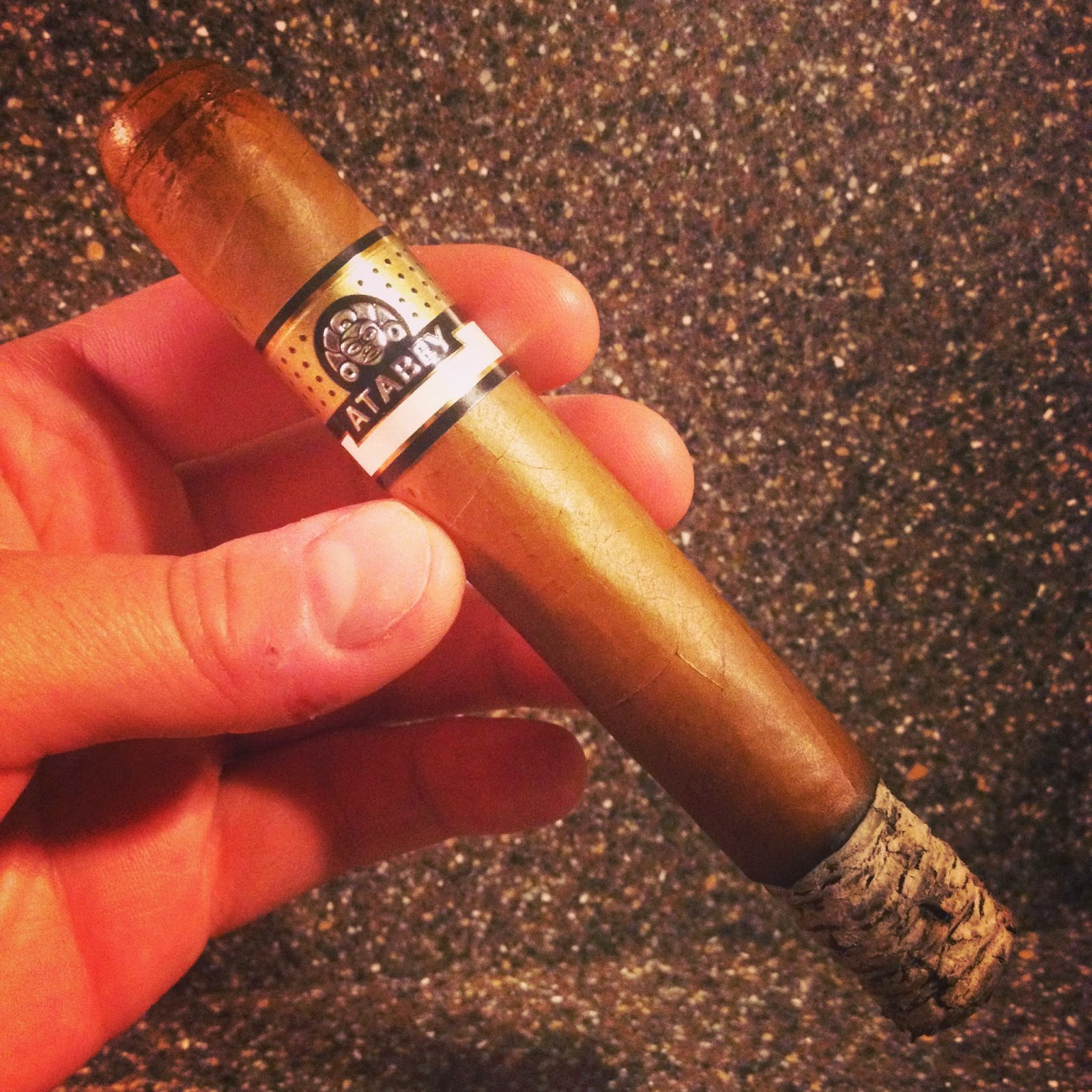 I am in the second third of the cigar now and the cigar is showing a nice transition in flavors. I am getting some terrific notes of tobacco and these great summer hay qualities, and I love how it starts off. I am picking up some great hay notes as well and it has some nutty qualities with that. There are those sweet cedar, soft spice and stone fruit notes present as well and it is a light and complex cigar. There are tons of flavors present and while it is a light cigar, it is complex and balanced while showing tons of depth. There has been some transitioning from the beginning and this is an awesome smoke. The strength level is remaining at that mild level and the body is right there between mild and medium. The burn line continues to be razor sharp and at the end is a firm charcoal ash that is holding on well. The draw continues to burn perfectly and the smoke production is great and smooth. 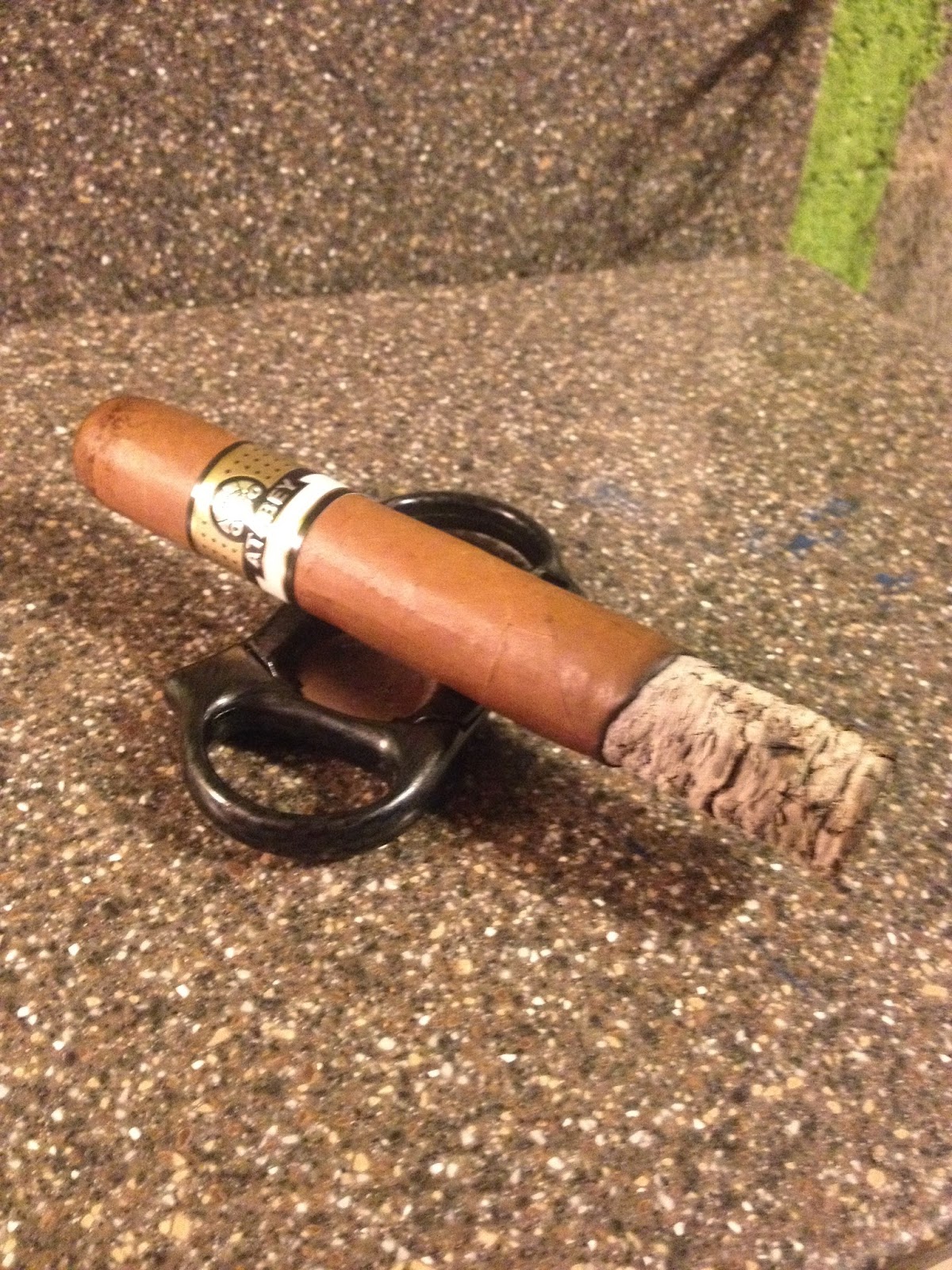 When I get into the final third of the cigar I find that it is continuously delivering those complex and light flavors and this is an awesome smoke. I love cigars that are balanced while showing lots of depth and transitioning, and this cigar is doing just that. The soft apricot notes are wonderful in this third and they are pairing with the light cedar flavors with hints of tobacco and spices. I am getting bits of pepper on the finish and it has some hay and grassy qualities as well. It is a very unique blend and whatever the tobacco being used is, it is great. The cigar smokes wonderfully all the way to the end and it is producing a cool draw with a nice bit of smoke being produced. The burn line is razor sharp to the nub and the ash is this nice charcoal coloring. I would say that it finishes smoking at a medium body and the strength is right there as well. It has picked up a little bit, but nothing major. 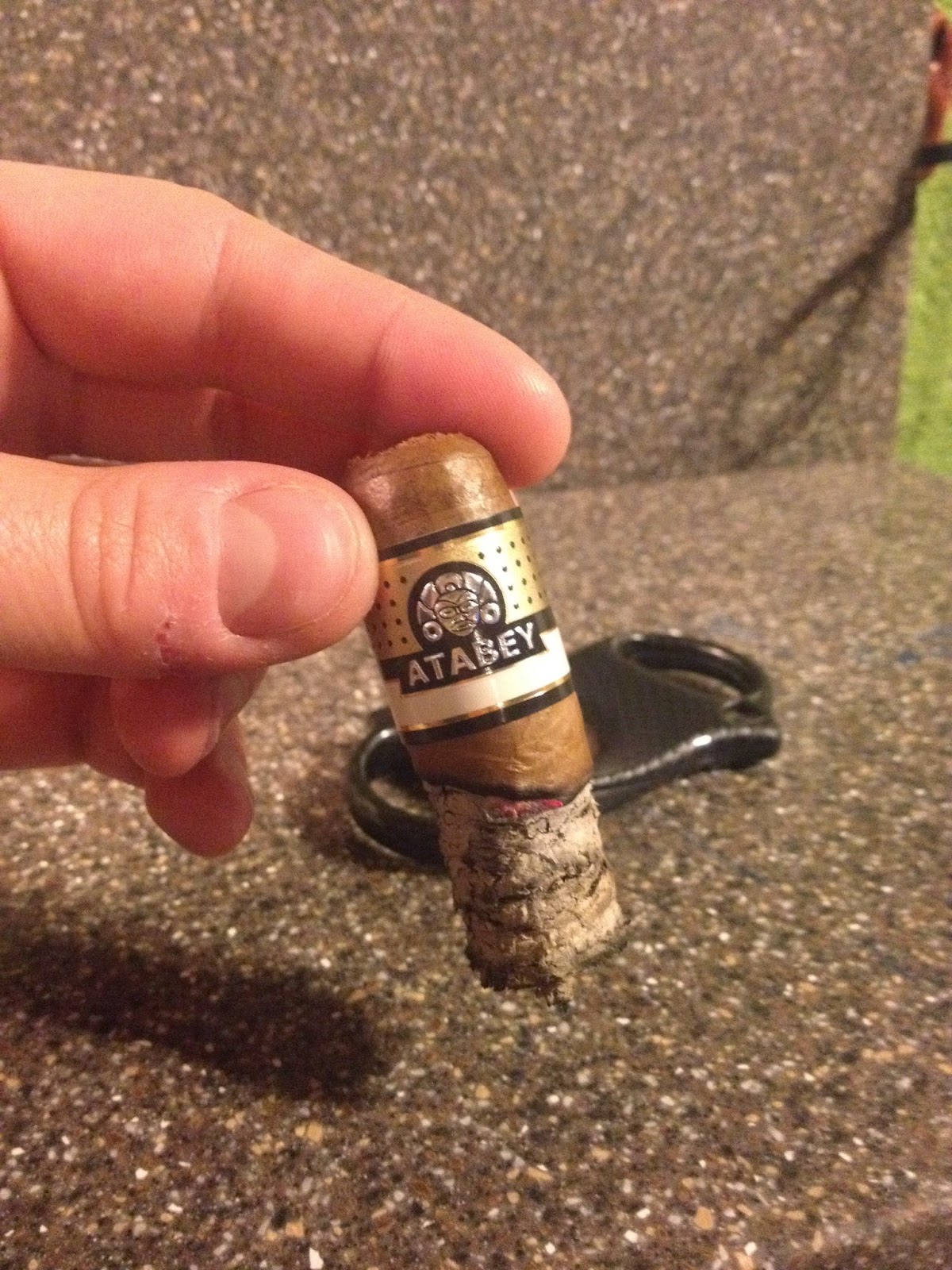 I really enjoyed this cigar and would love to know the tobacco that is used in the blend. It really shows tobacco from all over, there is no doubt there, and it is an elegant blend that is made for the true connoisseur. I would not give these to a novice smoker, they would not truly appreciate it, but I would give them to a seasoned smoker who really knows what he is smoking. It is a cigar that I could smoke in the afternoon and evening with no problem, and if I could afford to, I would smoke more of them quite frequently. The construction was simply amazing from beginning to end and it produced the perfect amount of smoke with that even burn line from the beginning to the nub. There is very little I would change about this cigar and it is a smoke that I truly enjoyed from beginning to end. It was a cigar that offered an experience and it is a cigar that you sit back with and really focus on when smoking. I am giving this cigar an easy 94 rating and I look forward to trying this cigar in another vitola offering. If the opportunity presents itself, do not hesitate and grab a couple. 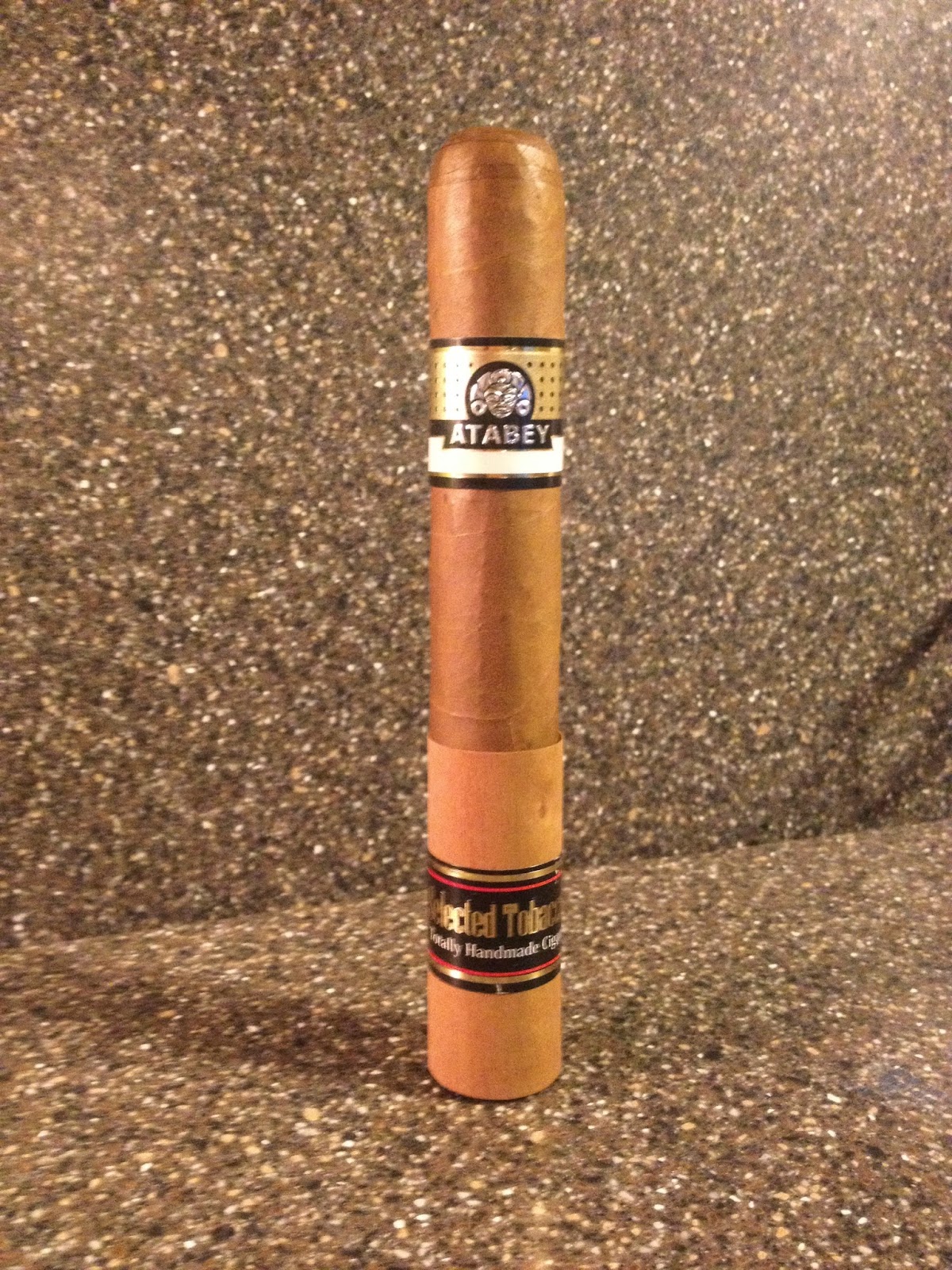