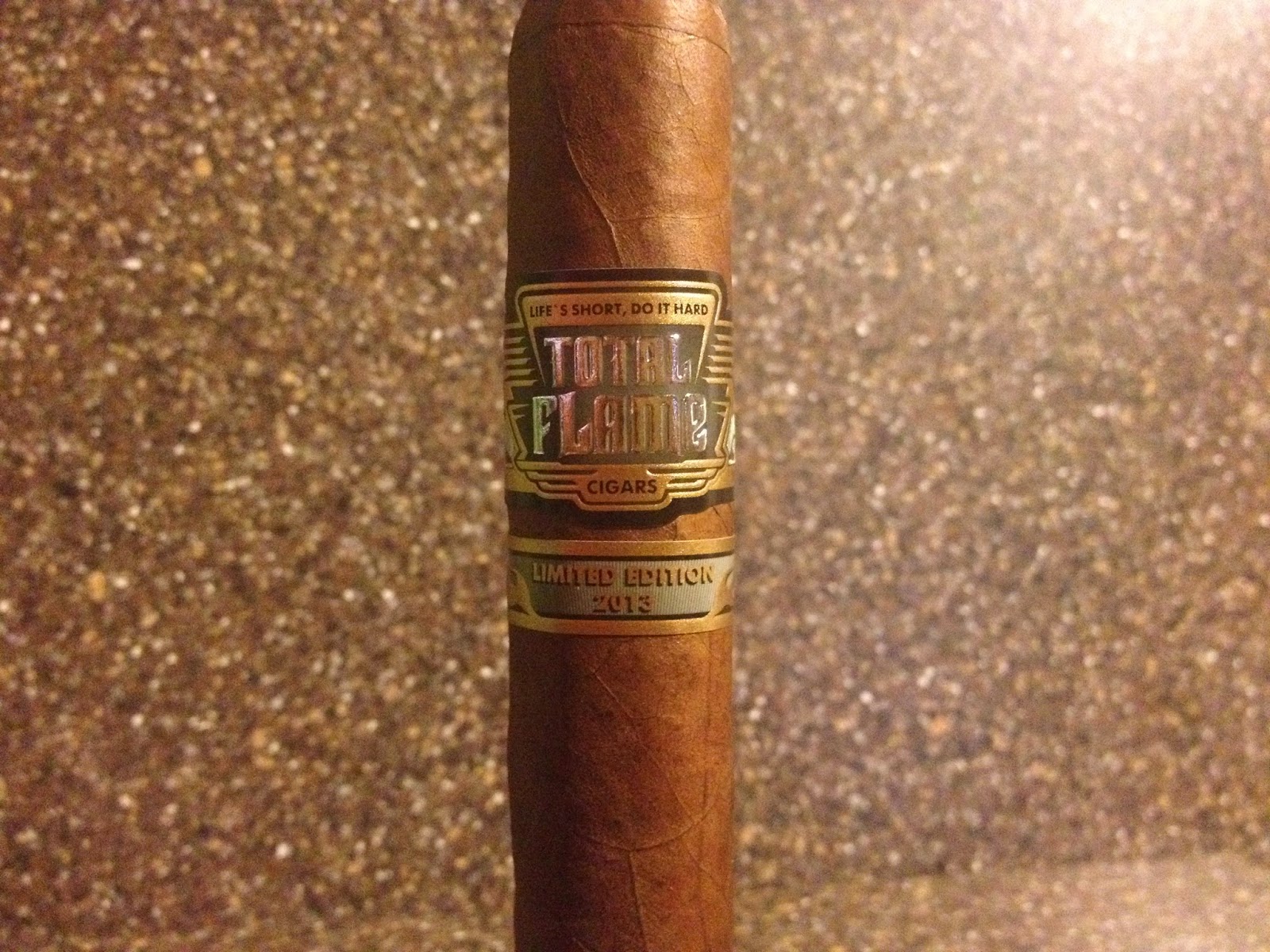 In 2010 two men set off on a dream. We are now in 2014 and that dream has been accomplished. (I was actually just going to use that as my introduction, but it needs a little more.) Anyways, back in 2010, two men met a cigar event and at the event they found they shared two things in common. Bikes and cigars. The two decided to work together to create their own cigar and headed down to the Dominican Republic and Nicaragua to do so. What makes this story even more interesting is that they are not Americans, but are actually Russians.There names are Vladimir Roshchin and Maxim Privezentsev, and those are unique names to the industry. The two worked on this dream and by the end of 2012 they had successfully created a brand that was in Russia and moving west into the EU, east into Asia and across the oceans to the tough market of the United States of America. 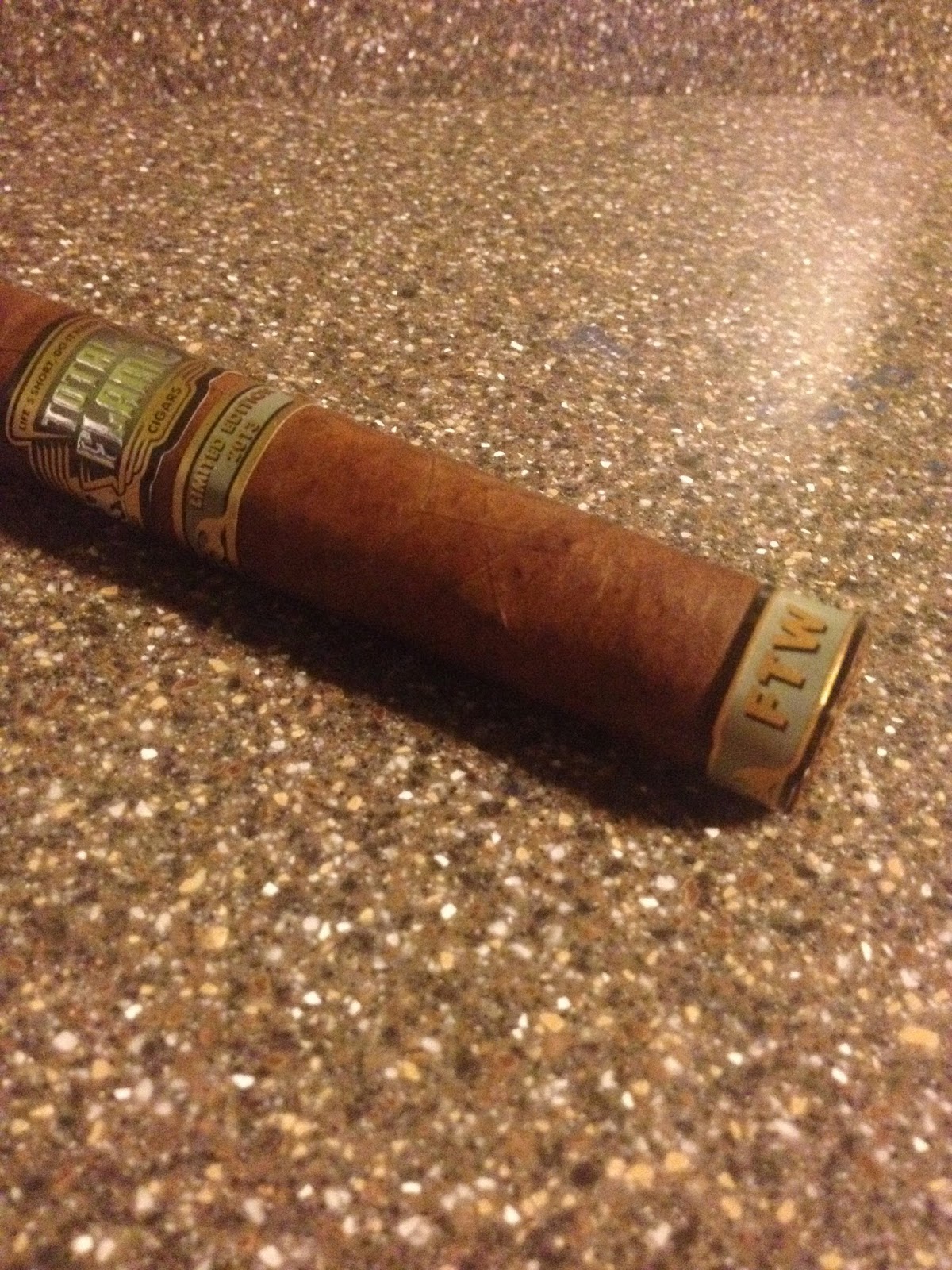 In honor of their great trip in 2012 that put them in stores across the globe, Total Flame Cigars released a limited edition last year. The cigar is called FTW, Forever Two Wheels, and is a cigar of theirs that is coming out of Nicaragua. For this review I was given the robusto vitola and it measures 5" with a 54 ring gauge. The cigar features a Nicaraguan wrapper that is classified as El Corojal!" The binder being used is Mexican, I can only assume San Andres seed, and it has a filler blend of Nicaraguan tobacco as well. The cigar possesses an aroma of rich earth, tobacco and spices, and I am getting a few notes of stone fruit on the foot as well. The wrapper has an aroma that is spicy with bits of leather and toast, and it is a complete aroma when you combine the two. The wrapper has a coloring that is right at Colorado Maduro and it has some solid veins present from beginning to end. There are some oils present to touch, but fairly light.

The first third begins by showing some lovely pepper notes and it has some spice qualities there with some toasted nut and earth flavors. There are some coffee notes present as well and it is a nice bit going on with a lot of balance present to begin with. It is very balanced and touches on a lot of areas, and it makes it a solid offering. It is not overly complex, but it is an enjoyable cigar I would say that the strength of the cigar is at a solid medium level, and it has a body that is slightly above medium but not quite at medium full. The construction is fairly good in this first third and it is producing a nice charcoal ash that is holding on firmly to the end. The burn line is fairly even and though it is not a perfect burn line, it is at a slight angle, it is not wavy and all over the place. 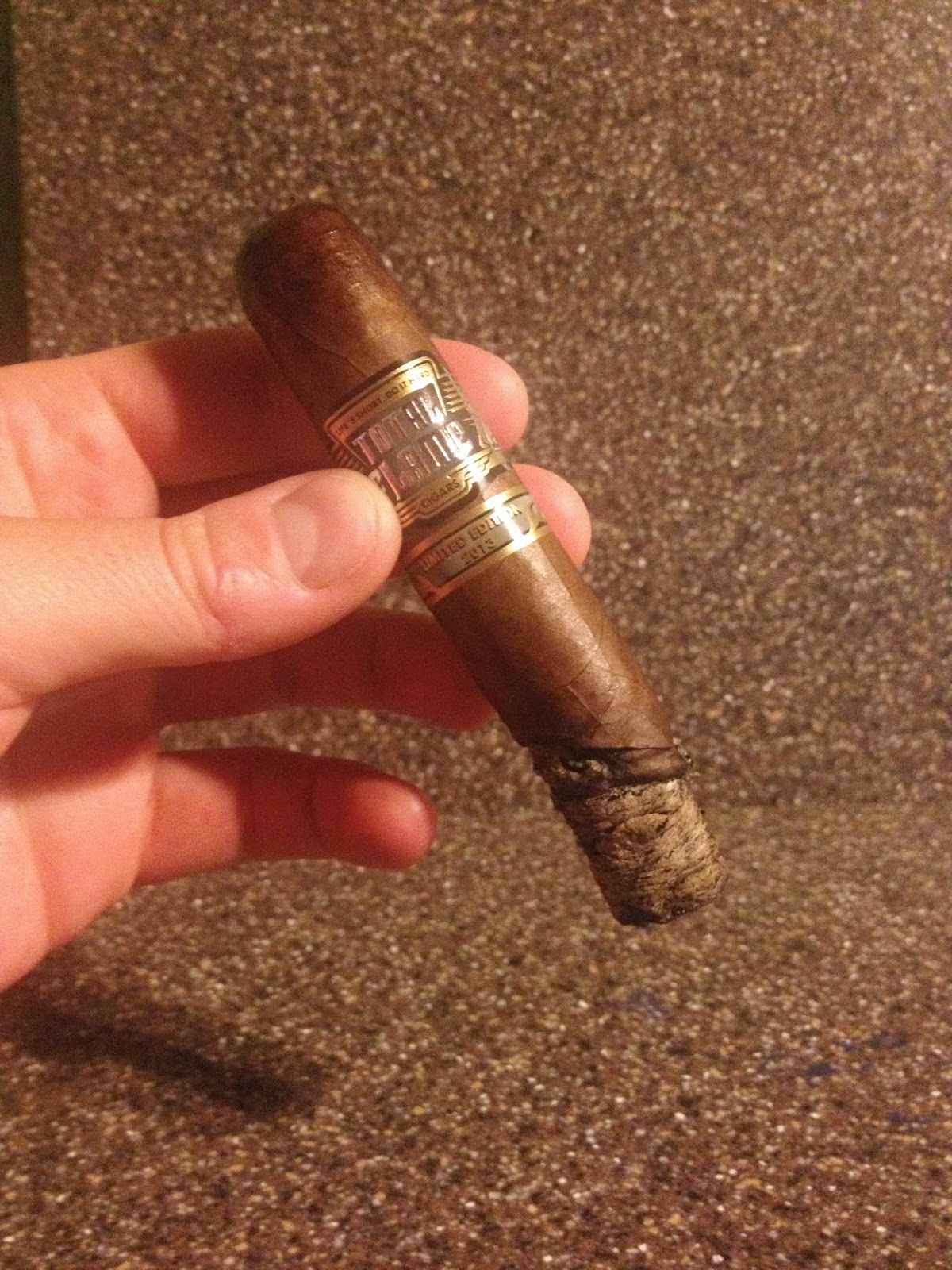 I am in the second third of the cigar now and I am finding that the cigar is showing some solid nutty and spice notes. There are some pepper qualities to the cigar as well, and it has a nice bit of coffee flavors present with the smoke. It is a lot spicier in this third than the first third, but it is not over the top and it is still fairly balanced. There is a little bit of complexity present with the cigar and overall it is very enjoyable. The construction is remaining fairly similar to that of the first third and it is showing a burn line that is not perfect, but not presenting any major problems. It has a solid charcoal ash on the end and it holds on firmly, similar to the first. The draw is very nice and though it is a larger robusto than a standard robusto, it works well with the blend. I would say the strength and body are smoking at a medium to medium full level in this third and it is an enjoyable third in all areas. When I move into the final third of the cigar I find that there is some more transitioning and I love seeing that in a cigar. You do not get it all the time, but when you go it is truly enjoyable. I am finding that the spice notes are not as strong in this third and it is more earthy and coffee like. I am picking up some solid tobacco notes as well and it is showing very faint bits of pepper and spice on the end. The construction remains terrific from beginning to end and like the second and first third it is producing a fairly even burn line, not perfect, but it is showing a solid charcoal ash that is holding on well to the end. I would say that the strength and body of the cigar calm down some in this third and it is more that of a medium body and strength cigar, rather than the medium to medium full that it was before.

I smoked two of these for the review and I can tell you that it is a cigar that grew on me the second time around. I enjoyed it the first time, but the second time I smoked it there was some more positive aspects present. Maybe that extra time in the humidor was needed for the smoke, maybe it was my mood, but the second smoke was just better. Overall the cigar shows lovely flavors and it has a little bit of everything from start to finish. I think this is a great cigar for the modern day cigar smoker and I believe that this is the best cigar they have made to date. It showed a lot of those qualities that you see with cigars coming out of Nicaragua and using a lot of Nicaraguan tobacco, but there was a little bit more present with the cigar that added some unique qualities to it. I would love to smoke the blend in a smaller offering, maybe a Lonsdale or Corona Gorda, and I think it would do very well there. Overall, solid job Total Flame and I look forward to future projects. I am giving this cigar a solid 90 rating. 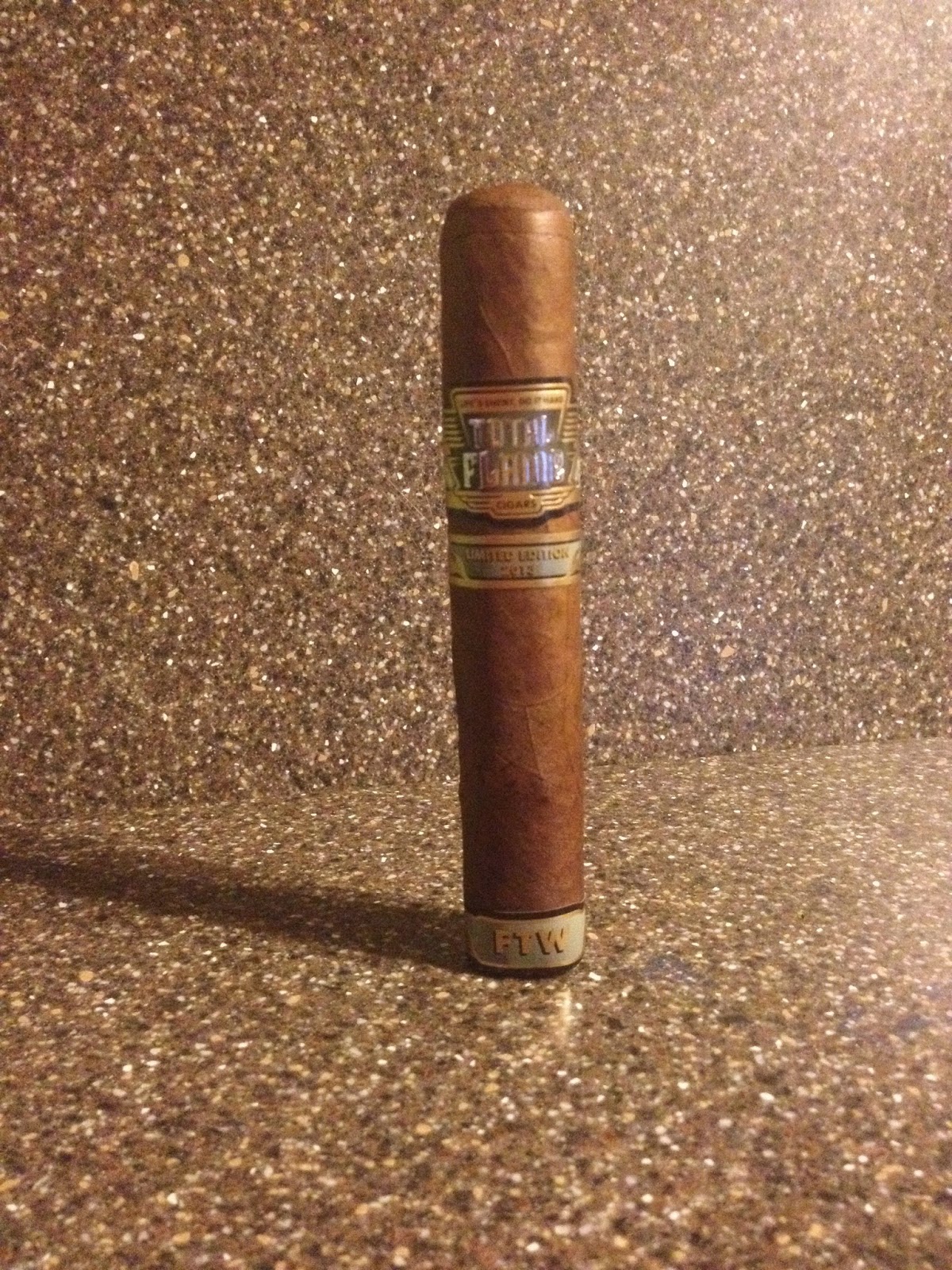