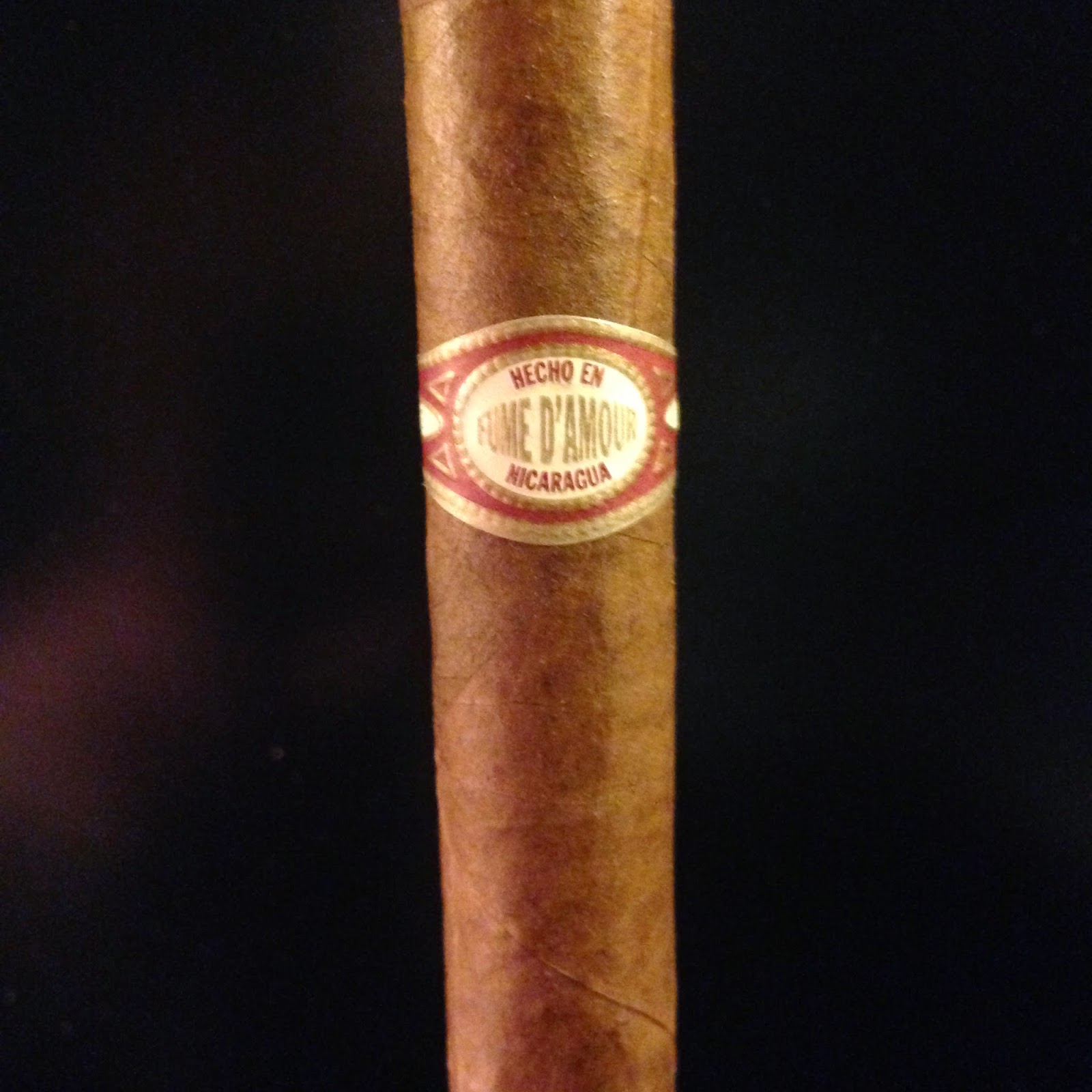 Nicaragua is country that produces wonderful tobacco. Whether you are in the fields of Jalapa or Esteli, you are standing in fields that grow some of the best tobacco available to us as cigar smokers today. I am not saying it is better or worse than other countries tobacco, but it is a country that grows great tobacco. With that, there is a myth that Nicaraguan tobacco is always strong and that cigars coming out of Nicaragua must be strong. Yes, Esteli Ligero is known for its strength, but there is tobacco grown in that region and elsewhere that is not as strong as myths have made it out to be. There are some manufacturers that emphasize the use of Nicaraguan tobacco, and that it was used in the blend for strength and flavor, but one of the few manufacturers who have released a Nicaraguan puro, and released it with the intention of not being overly strong is Dion Giolito. When he first launched the Epernay, Giolito informed us that he did not use ligero in the blend. I remember hearing that and thinking of the Cuban Hoyo Double Corona, and so it drew me to the line. I immediately fell in love with the smoke and it has been a favorite of mine ever since. That is why when Illusione announced the new Fume D'Amour line, and informed us that the blend would not use any ligero as well, I was eager t smoke it. I have been smoking an abundance of these since I first got them and because they were so good, I could not hold out on the review. Let's look at this new release, the Fume D'Amour, and see how the new "no ligero" blend smokes.

The Clementes comes in a great size that is almost a smaller Churchill, and in the Habanos world it would be classified as a Grand Corona. It measures 6.5" with a 48 ring gauge, and is rolled very well. It is coming out of the Casa Fernandez factory in Nicaragua, TABSA, and Dion has slowly moved production of his brands to this factory. There are still some left in Honduras, but all the new stuff is being made down in Nicaragua. The blend is all Nicaraguan, he focuses on the region of Jalapa, and is composed with no ligero tobacco. It is primarily Corojo tobacco, and it is lower priming leaves. This is not the first time he has done this, he did it with the Epernay, and he has done a terrific job with these blends. The cigar is rolled perfectly with a beautiful triple cap and it has a nice light Colorado color that has some Natural qualities to it as well. There are very few veins present and it has an aroma of cedar, nuts, tobacco and soft spices on the wrapper, with an aroma of cream, almonds and tobacco on the foot. 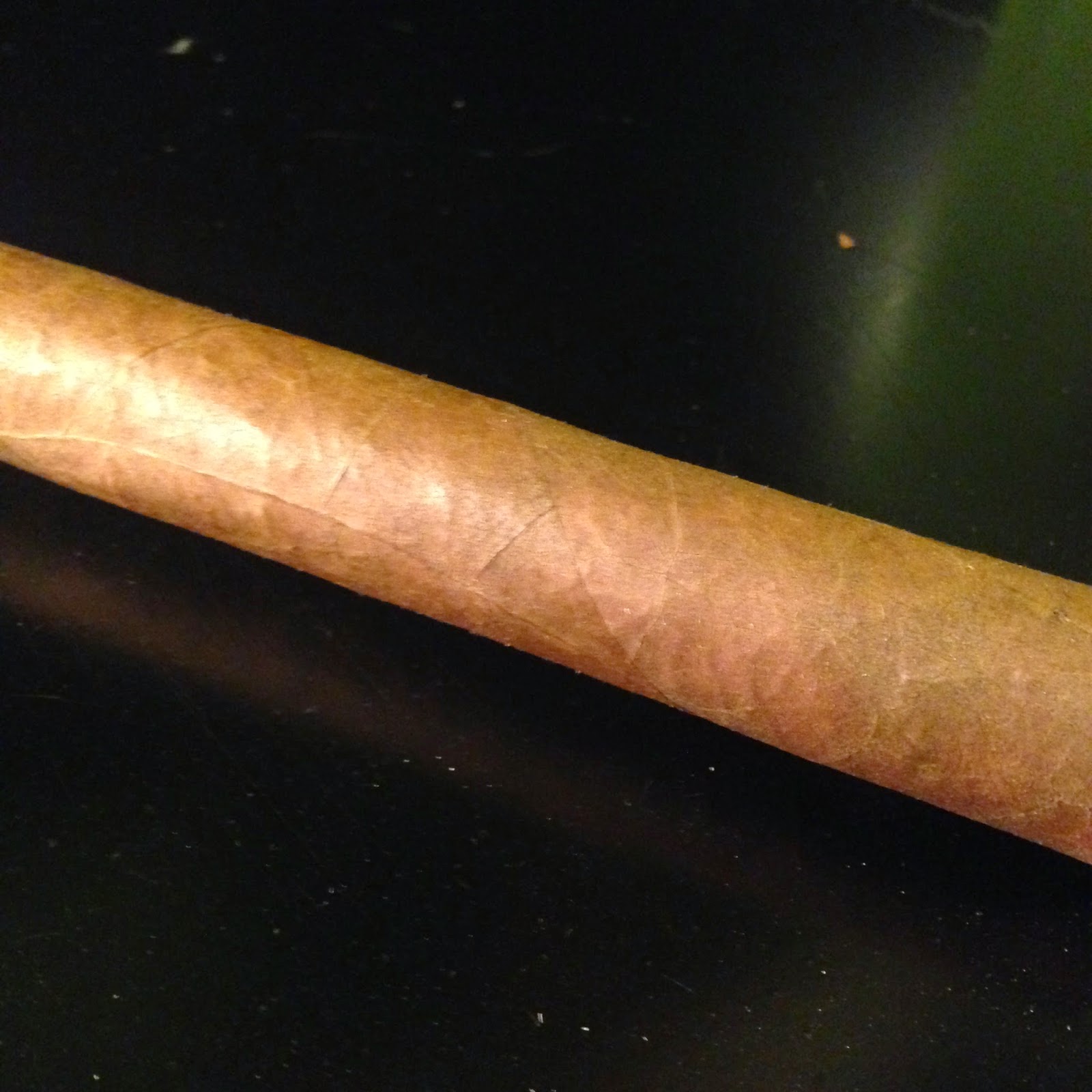 The cigar begins by showing some elegant and terrific flavors. I am picking up some soft almond notes to begin with, and it has this creaminess present as well. There is a natural sweetness to it, that is pairing with this cedar flavor, and it has a soft cinnamon finish that makes for this cappuccino flavor profile. I am really loving the flavors to begin with, and this is a terrific new blend from Dion and Illusione. The construction is great on the smoke, almost a dead even burn line, and it is showing a lovely light gray ash that is nearly white in coloring. The draw is cool on the cigar and it is giving off a nice bit of smoke with each draw. There are a lot of flavors that keep on hitting my palate throughout this smoke and it is elegant and refined. I would classify the body as being at at medium full level, just a perfect level if you ask me, and the strength is closer to medium overall which makes for a great combination. 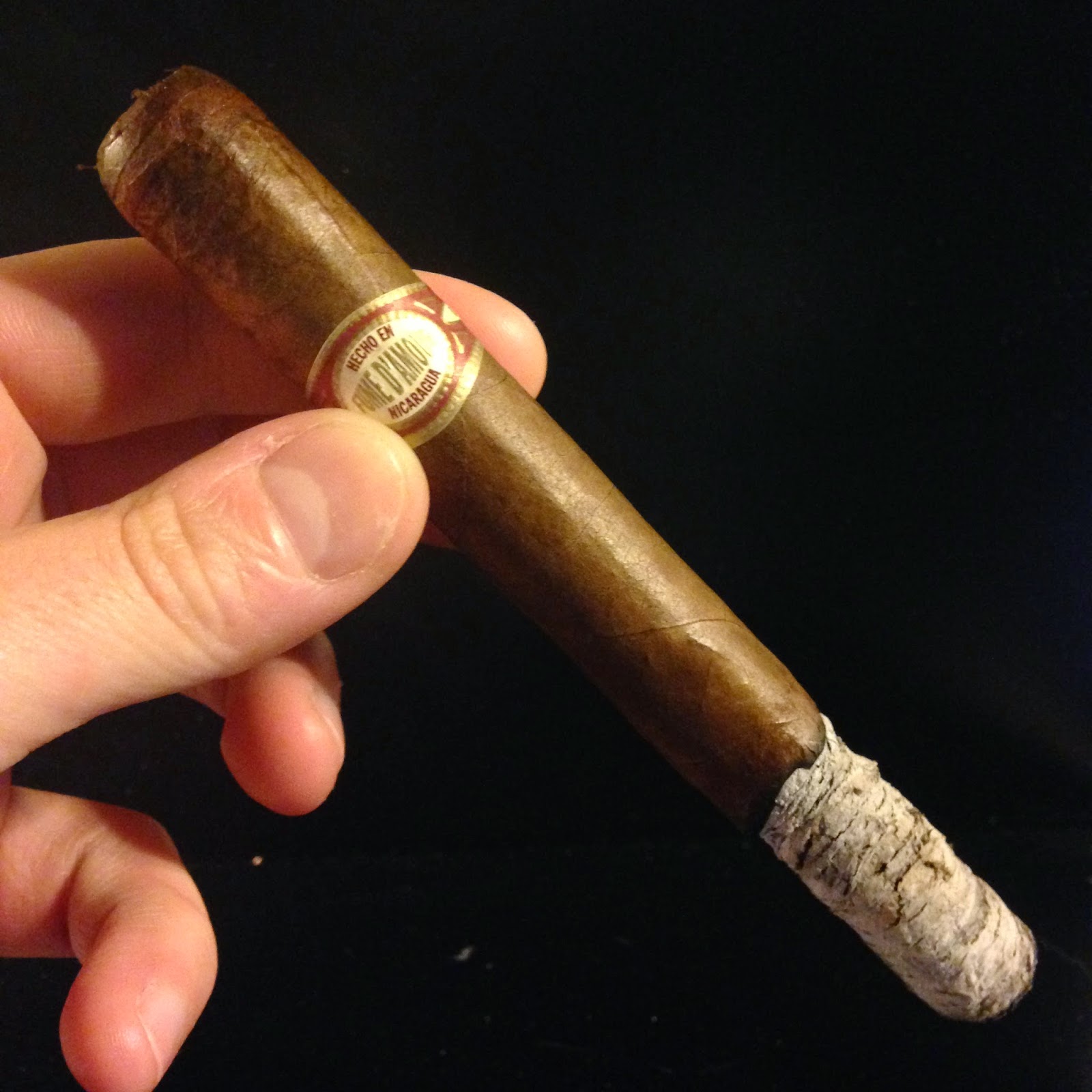 I am in the second third of the cigar now and the flavors are simply exploding. I am getting this soft creamy marshmallow flavor and it is sweet but also balanced and not overpowering. There are some almond and nutty flavors present as well and it is truly enjoyable. There is some tobacco, cinnamon and wood flavors present on the finish, and it makes for a less sweeter finish that balanced out the sweeter beginning. It is well blended and you can tell time and patience went into the involving factors. The construction continues to be terrific as well and it is showing a nice burn line with that light gray ash holding on firmly at the end. The draw is cool and producing a nice bit of smoke, and it is hard to find faults right now. The body remains at that medium full level in this third and I would say the strength is there as well. It is closing up on being full in body, but we are not there yet and I am enjoying this road that I am travelling on. 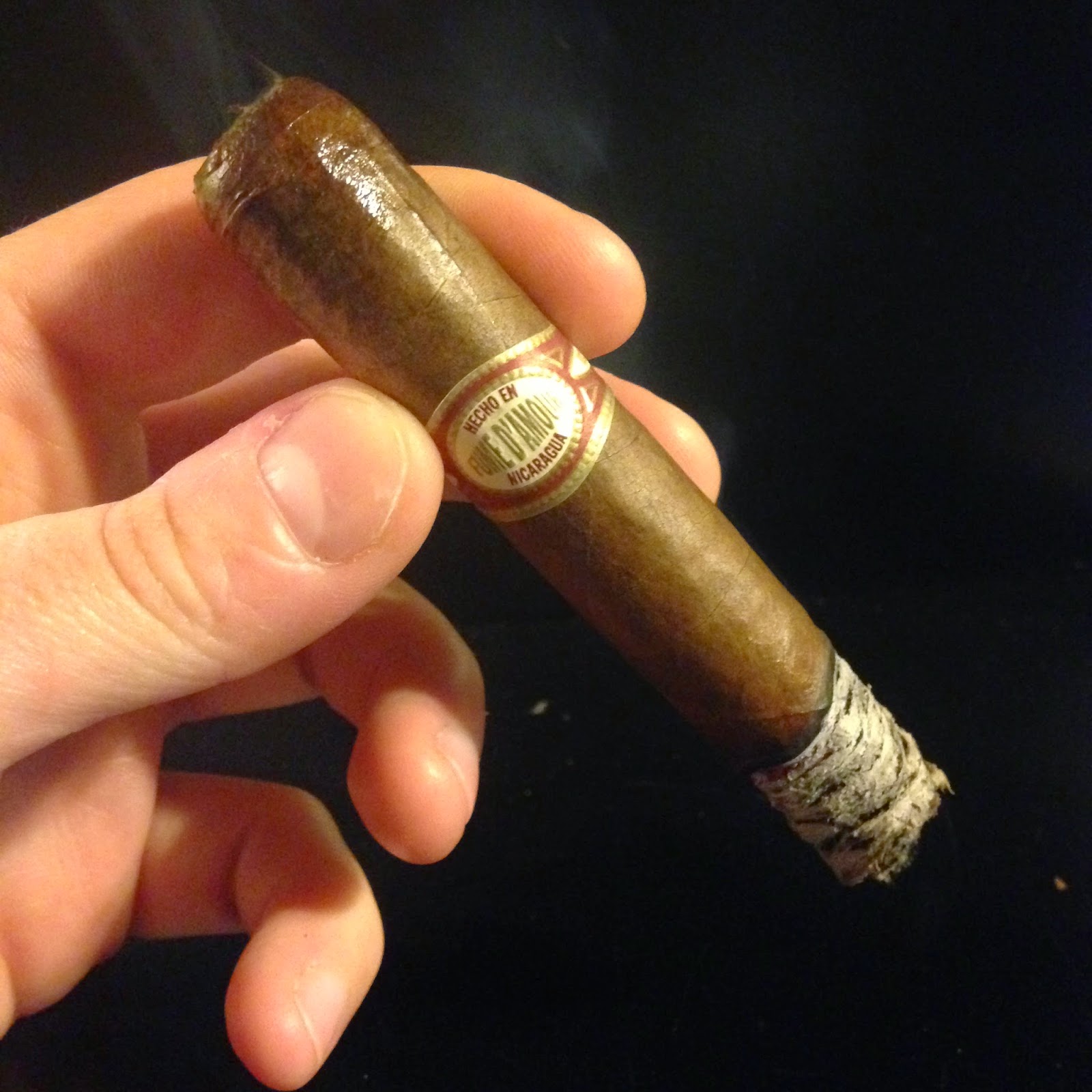 When I enter into the final third of the cigar I find that the flavors continue to show transitioning and I am getting a nice coffee flavor emerging with the cigar. It is pairing with those nutty, cinnamon and cream notes, and it is truly producing a true cappuccino flavor now. There are still some dry cedar and soft spice notes present as well, and it is completely balanced. I love the flavor profile and it is a new release that is really got me hooked. The construction continues to perform wonderfully and it is showing that solid burn line on the end of the cigar and with that is the nice gray ash on the end that is holding on firmly. The draw is still very cool and smooth, and I smoke it down to the nub with no problems present. The body continues to smoke at that medium full level in the final third and the strength is right there as well. At no point has this cigar become too much, but instead has remained at that perfect level to complement the flavors. 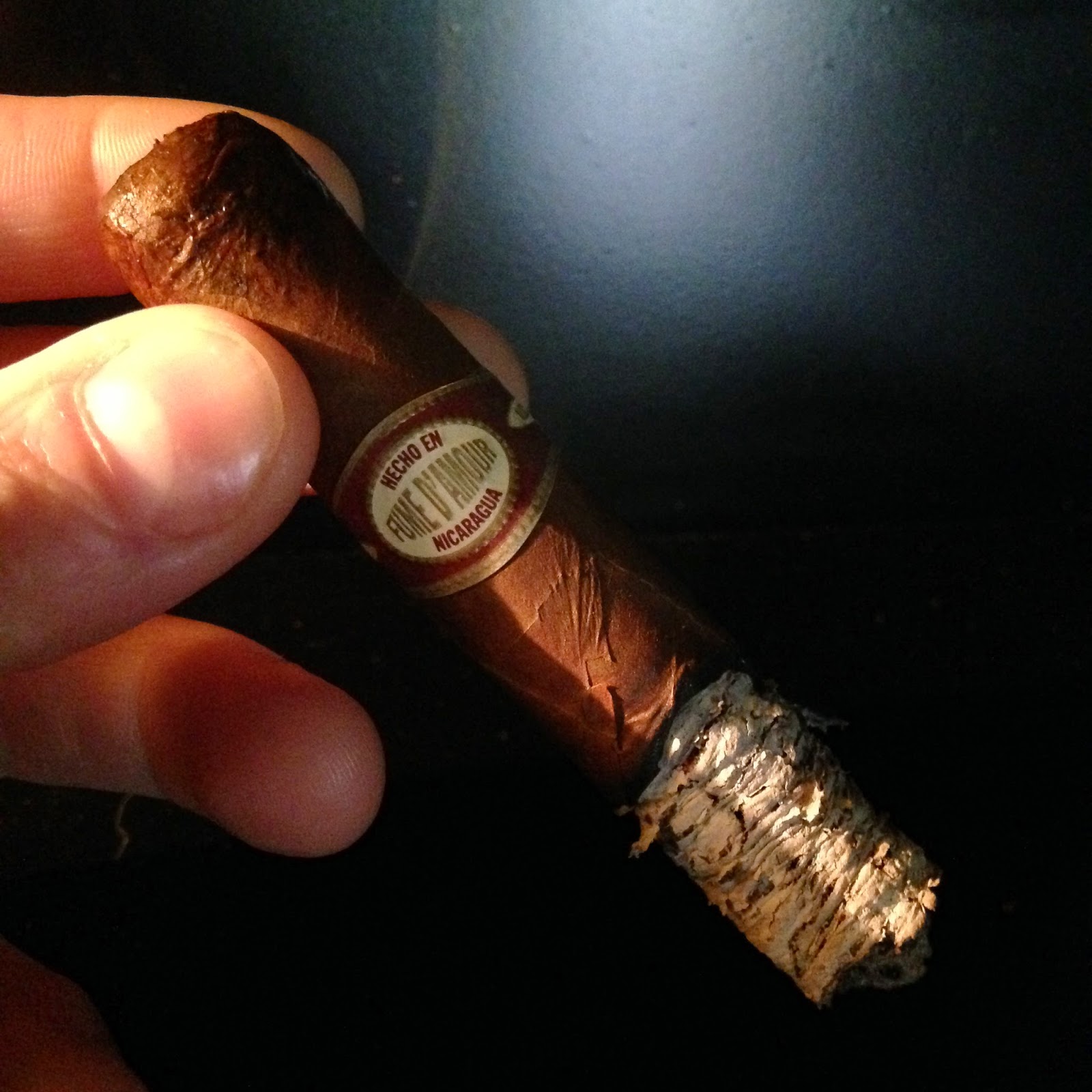 For the past couple years, Dion Giolito and Illusione Cigars have kept low profiles at the IPCPR and not presented us as consumers with a lot of new lines. Yes, he has given us great limited editions, solid line extensions and the amazing single vitolas releases of Illusione Rothchildes and Illusione Gigantes, but in terms of true new lines, he has kept a low profile. I now see that over these past years he has been working hard in the factory, and working hard on this new line release. The Fume D'Amour is a terrific new release from the company and in my eyes it solidifies my believe that they can do no wrong. I go through his current production offerings and can say with confidence that he can do no wrong. He may make a cigar that is not my cup of tea, but I still find that the release is enjoyable and better than most lines that other manufacturers are throwing out every year. The Fume D'Amour is a line that shows elegance and a new offering that shows his skills in blending a Nicaraguan puro with no ligero. It falls between the Epernay and Original Documents in my opinion, actually more between Cruzado and Epernay, and is a cigar I could smoke all day every day of the week. I simply love this new release and can not stop smoking it in the Clementes vitola offering. I am giving this an easy 93 rating. I will be seeing it come December. 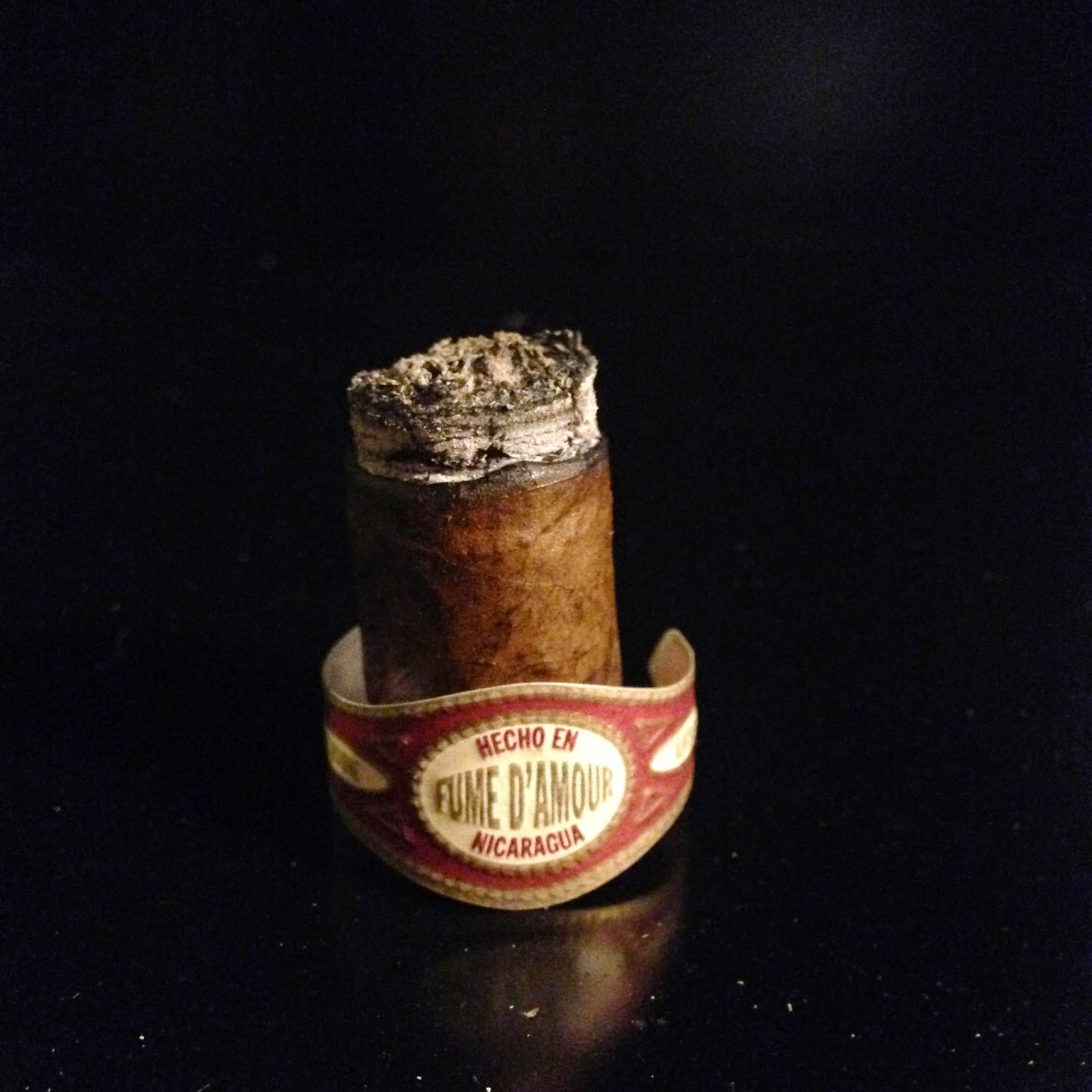 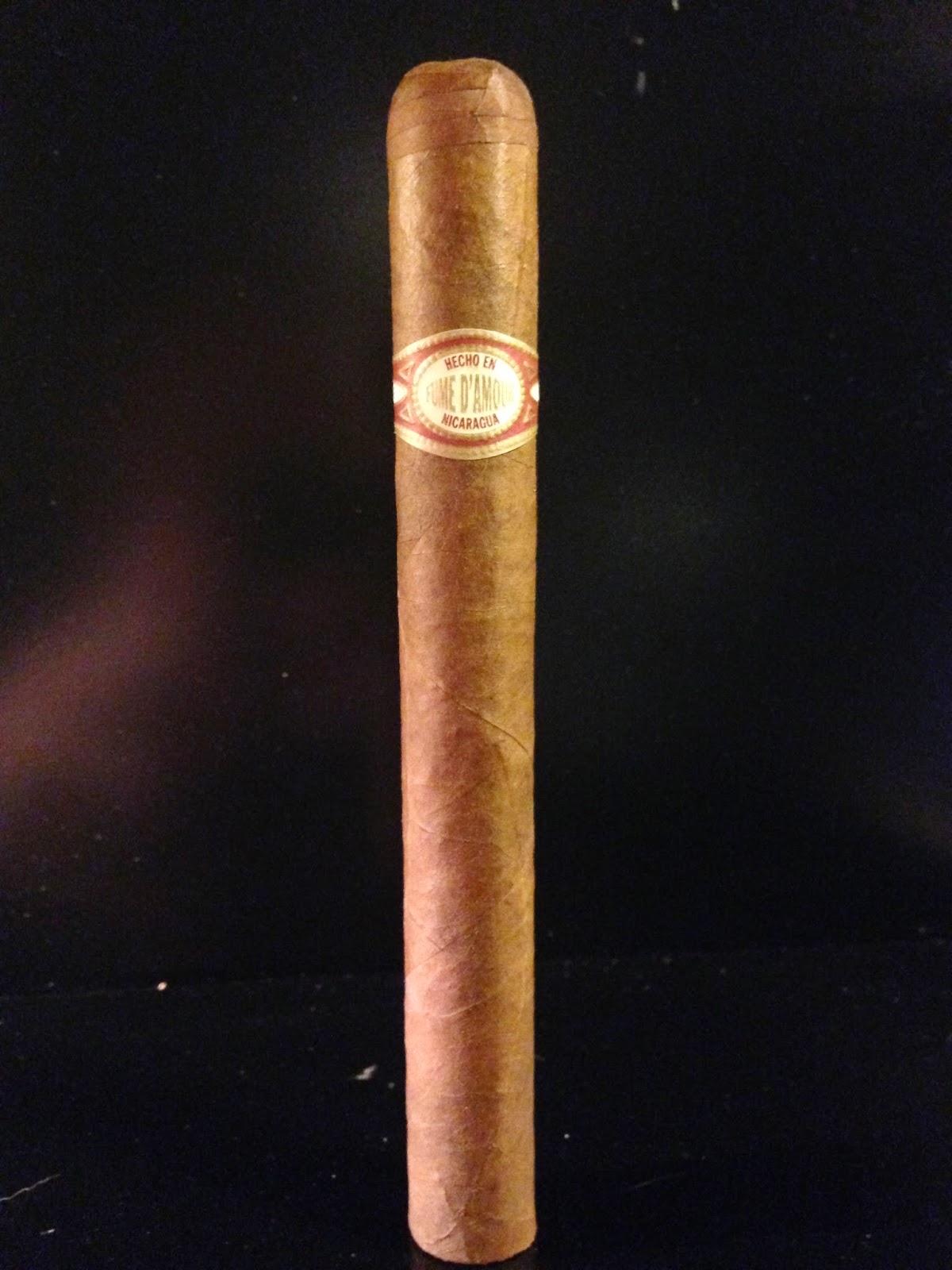