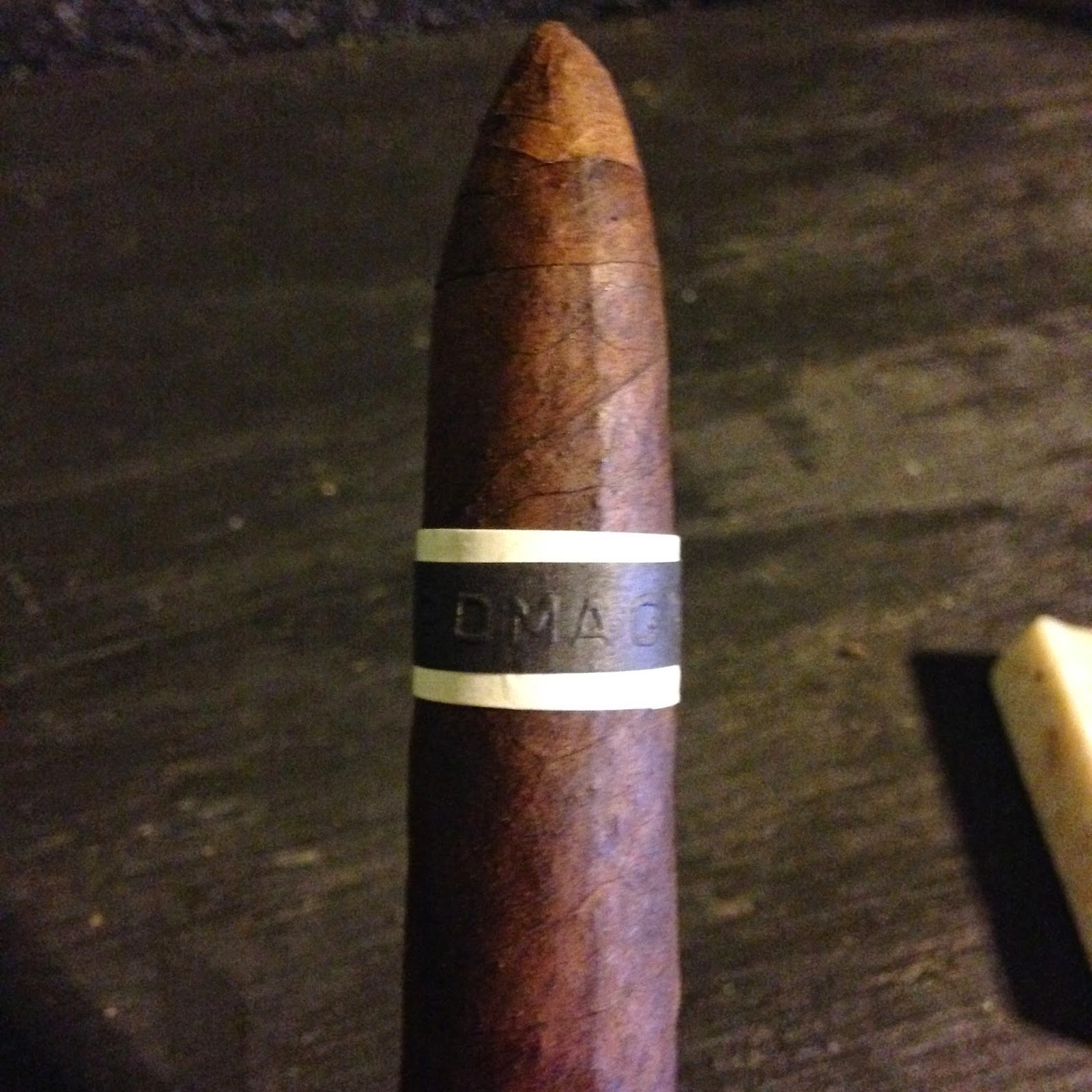 I would like to begin by saying that here comes another classic introduction that I am known for. They may come off as ridiculous, or me arrogant, but it is more to do with the fact that I am educated and will not "dumb myself down" to reach a greater audience.
***
If there is one manufacturer, and I mean manufacturer and not brand owner because there is a difference between the two, that shows a connection between his vitola names and the brand or line in which that vitola is in, it is Skip Martin. Along with that, there is typically a connection between the name of a vitola and the actual dimensions of the vitola. You look at the Mode 5 and there is a relationship to that vitola size and the name. The Mode 5 is a petit figurado, and it is similar in design to the microliths used in composite tools during the Mode V period.   The same goes for the Atlatl and also this particular release, the Venus. Nearly a decade ago, a female figurine was found in Germany that dated back to the CroMagnon time period. The figure was of a well figured female, and it earned the titled of Venus vom Hohlen Fels. To honor that title and the actual appearance of that well figured figure, Skip created the Venus in a petit salomones vitola which is one of the most beautifully shaped figurados a cigar can be offered in.

The Venus is a retailer exclusive release for the CroMagnon line, and it comes in a 6.5" by 56 ring petite salomones offering. The cigar is an exclusive for R. Field Wine Co. in Hawaii and is composed of the same tobacco in the regular CroMagnon line. It features a Connecticut Broadleaf wrapper with a Cameroon binder, and it is has an all Nicaraguan filler blend. The petit salomones has a lovely wrapper applied to it, and it is showing some very minor tooth with some fine grit as well. There are some minor and medium sized veins throughout the cigar, and it has some nice maduro coloring to it. It is firm overall and is a well rolled smoke. It gives off an aroma of rich earth and spices on the wrapper, and the foot is showing some sweetness to it, giving off some cocoa and raisin qualities there. 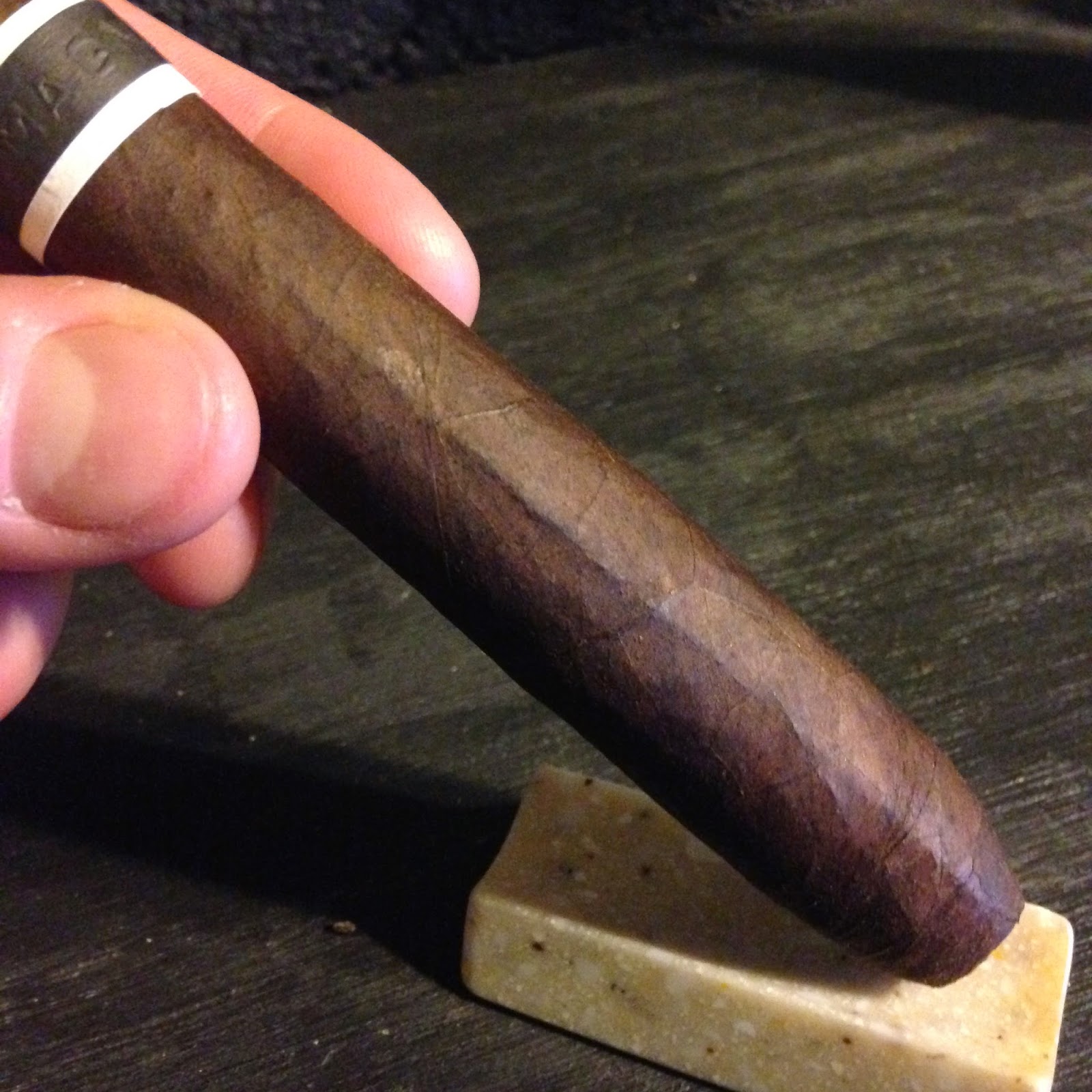 The cigar opens up by showing some nice Connecticut Broadleaf notes and it is giving off some solid oak and raisin notes with that. There are some rich earth qualities with that, and it has some soft spice notes with that. There is this pleasant cinnamon and soft pepper flavor present as well and it makes for a nice finish on the stick, one that is complex and having a nice bit of depth with that. It is smoking at a nice medium to medium-full level in body, and the strength is right there as well. The smoke is really balanced, and this is my favorite CroMagnon that I have ever had. The blend is really great in this particular smoke, and it just goes to show what a size can do to a blend. The construction is solid with the cigar and it is showing an even burn line and it gives off a nice charcoal ash that is slightly flaky but still firm on the end. 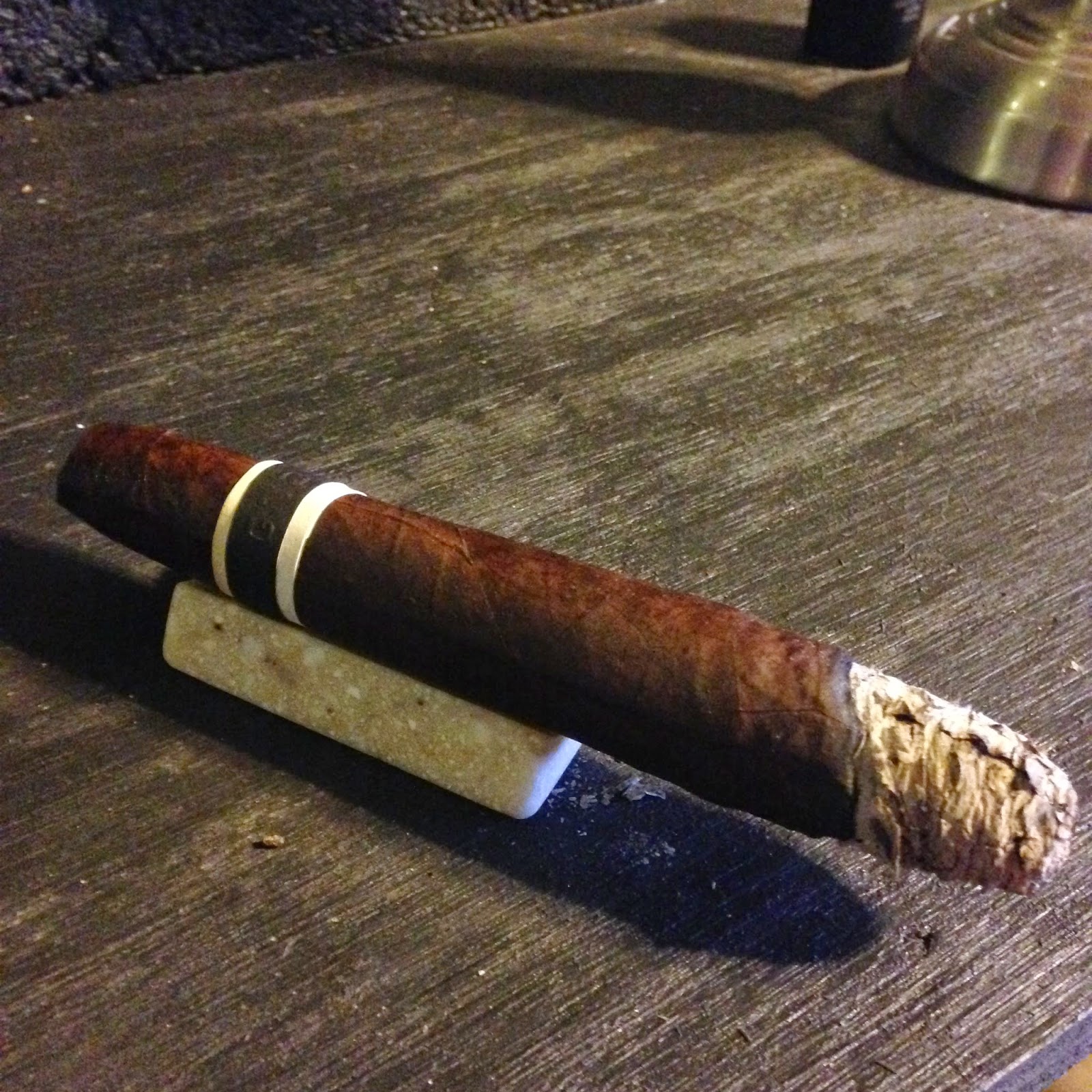 When I get into the second third of the cigar I begin to get some syrupy flavors with the flavors from before, and there is this cocoa and pancake like quality with the smoke. I am getting some coffee bean notes with that, and it is showing that soft cinnamon qualities on the finish that have some raisins qualities on the finish. It has shown some nice transitioning, and I am digging how the cigar is tapering and the flavors it is producing. The construction is still top notch with the cigar and it is showing an even burn line with that lovely charcoal ash on the end. The ash is slightly flaky, but it is holding on firm and it has a cool draw with a nice bit of smoke. The body and strength are remaining at a level between medium and medium-full, and this is a terrific evening smoke for me, and as I said earlier, this is a great example of the CroMagnon line. 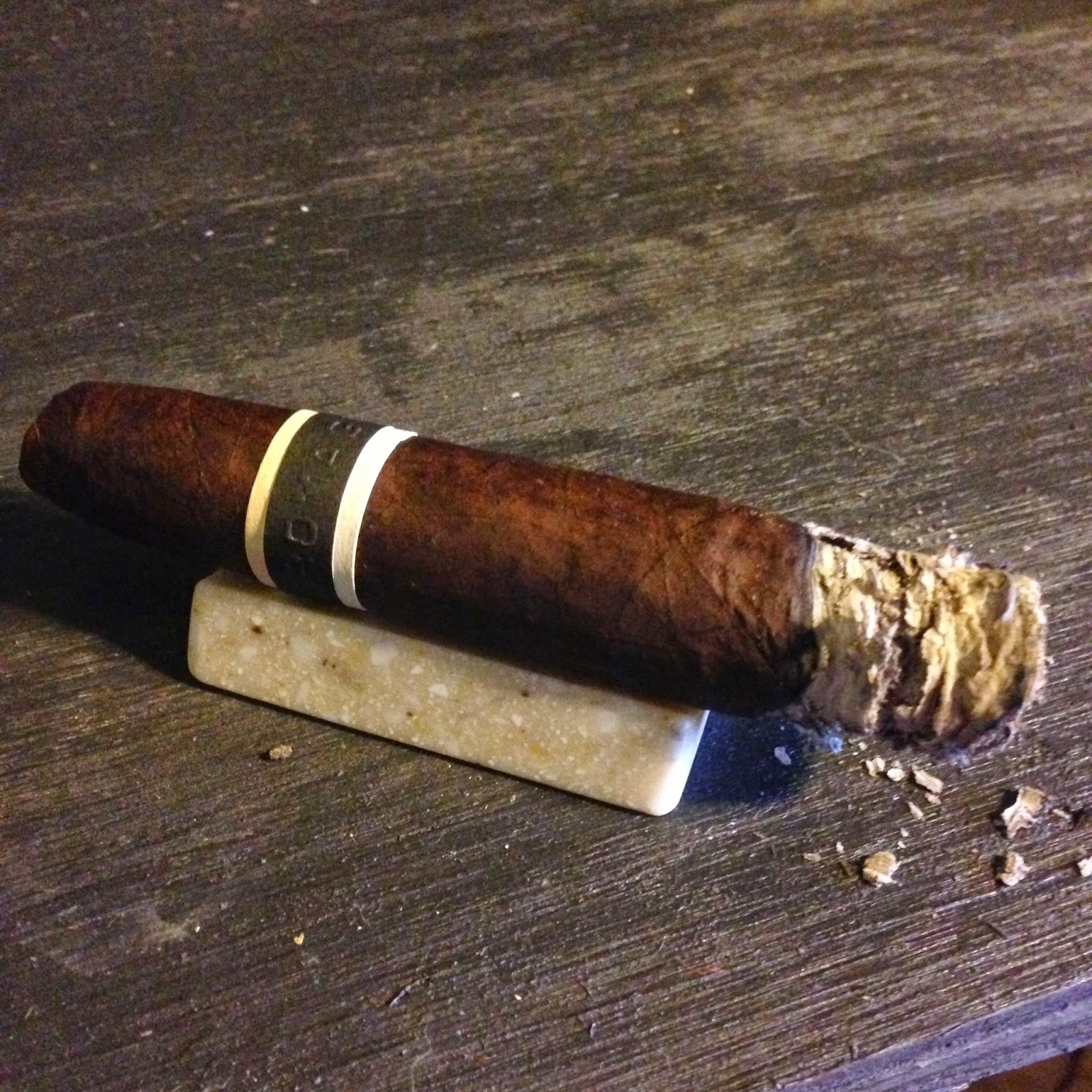 The final third of the cigar shows a little bit more transitioning and it loses some of those syrupy flavors that are present in the second third of the cigar. It is still showing some major earthy notes, and it has some oak lined up with that. The sweetness of raisins is not as present this time around, not nearly enough as it was before, but it is showing those pepper, cinnamon and leather flavors on the finish which are very enjoyable. The construction remains perfect throughout the tapered nub, and the final draw is smooth, cool and flavorful. The ash is holding on firmly still and it is still showing that light charcoal color with a flaky quality. There is a nice bit of smoke production as well, and I am left with a medium-full body and strength experience that is up my alley and making for a great cigar to end the evening with. 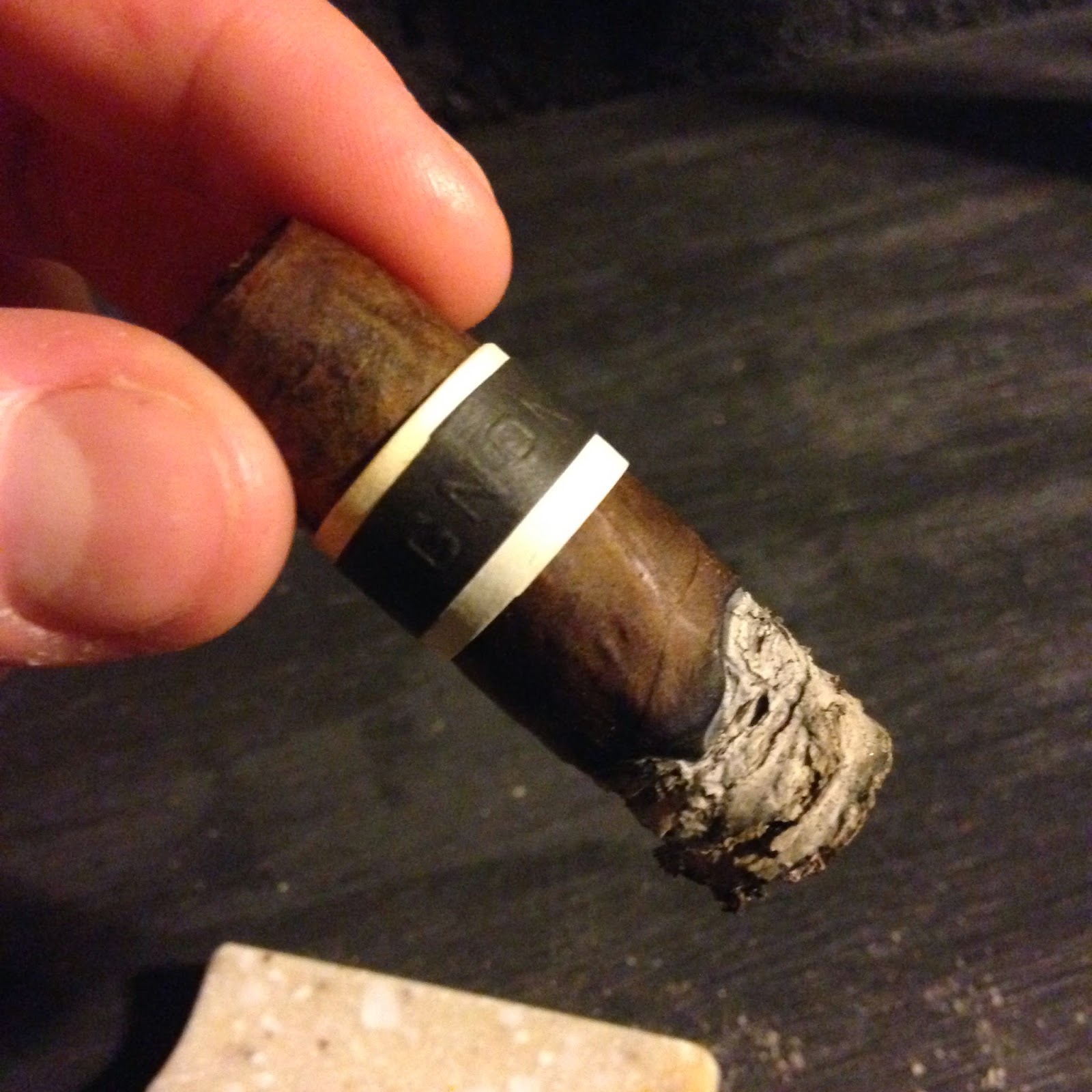 I really enjoyed the Venus, and believe it to be the best offering in the CroMagnon line. I feel that it brings the Broadleaf to a whole new level, and with the diminishing ring gauge you really get some transitioning in flavors, body and strength. I have never been one to praise the CroMagnon line, it is not to my liking, but this release definitely changes those initial thoughts and makes me know what I already knew, and that is that a particular vitola can make or break a line if blending is done the way it should be done. Skip and Esteban, excellent job with this cigar. Overall, the Venus delivered great flavors from beginning to end and showed terrific construction with that. There was a razor sharp burn line present from beginning to end, and the ash held on firmly throughout. The body and strength were to my liking, and this was a nice example of a Connecticut Broadleaf offering, a wrapper I am typically tough on. With all of that said, the cigars gets a nice 92 rating. 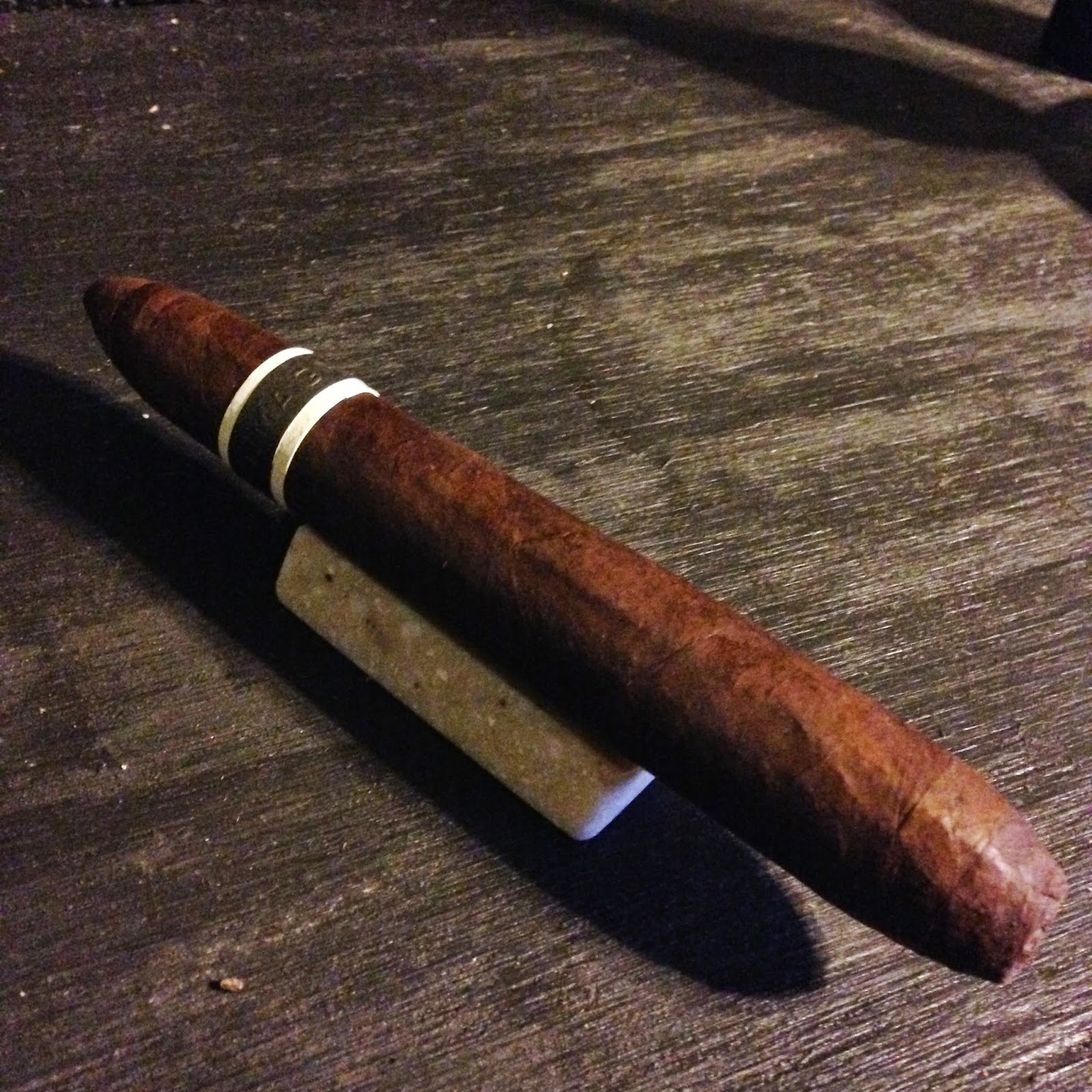 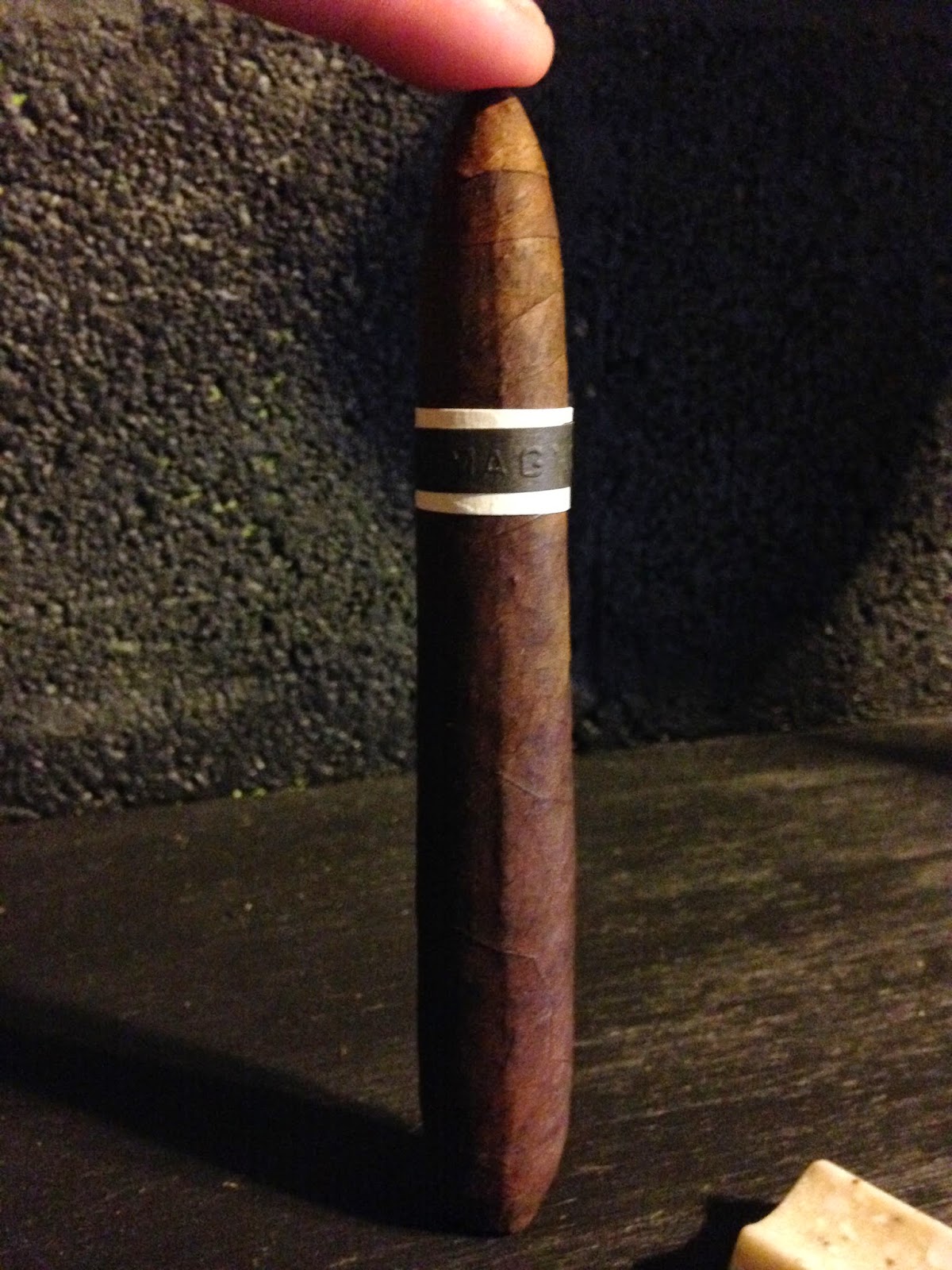