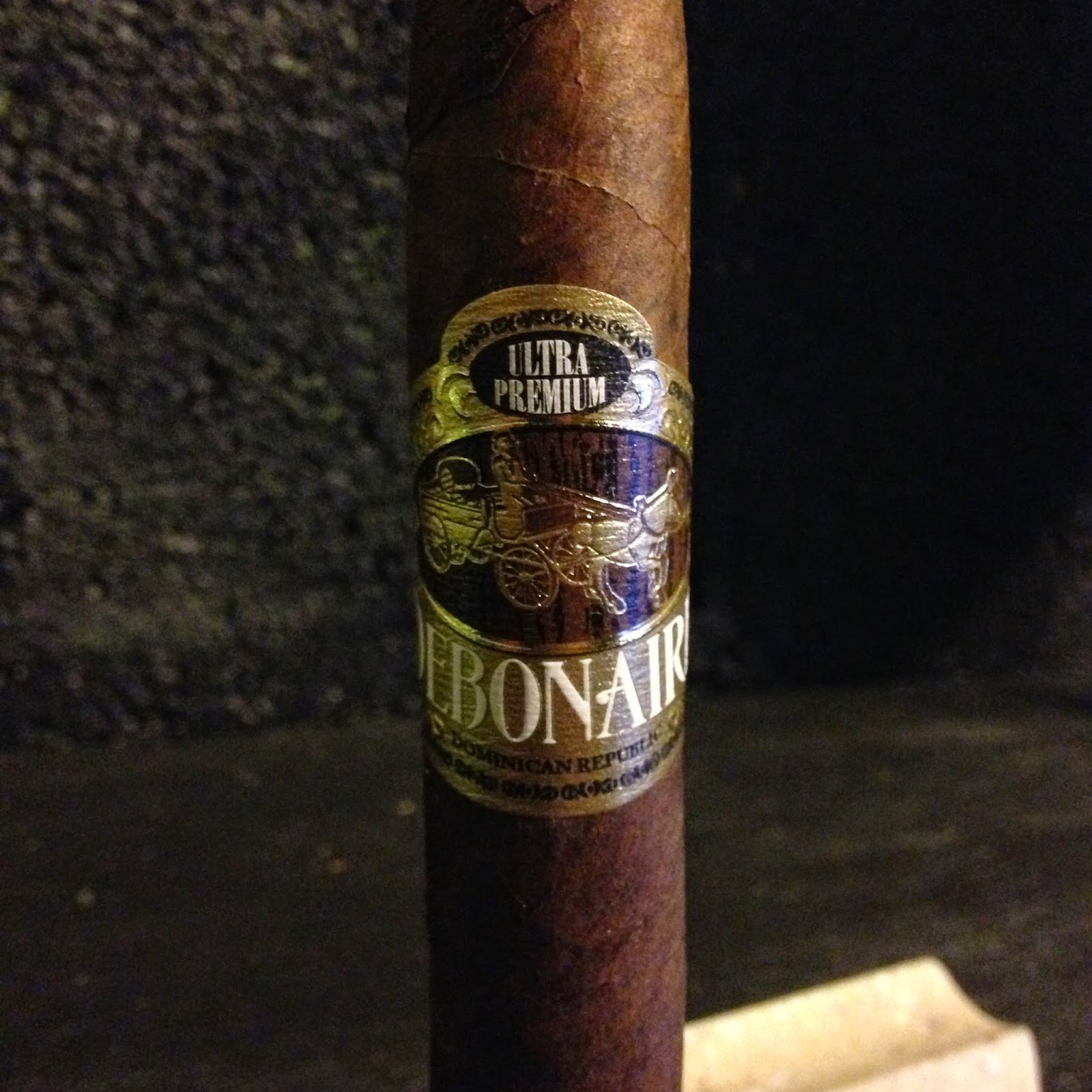 This year was a great year for many reasons, but one of the reasons was that I was introduced to an incredible company out of the Dominican Republic. It is a company that is gaining ground and not where it deserves to be yet, but it will be there sooner than they know it. The company is Debonaire, and it is a company that is led by the kind Phil Zanghi, and was brought to my attention by my good friend Cigar Coop. Before this year, they had one line as a company, Debonaire, but this year they announced their follow up line, the Debonaire Maduro. What excited me about this release was that I was told this was a completely new blend. This was not a wrapper swap or a minor tweak to the blend. No, this was a brand a new blend. Right then, Debonaire's Phil Zanghi gained a whole new level of respect and praise from me, and today I am here to smoke the new Maduro and see how it smokes.

For this review I chose the Belicoso, but I smoked the Toro offering as well. The Belicoso measures 6" with a 54 ring gauge, and the cigar is finished with a Connecticut Broadleaf wrapper. Underneath that is a Dominican binder, and underneath that is a filler blend of Dominican and Nicaraguan tobacco. The belicoso has beautiful construction and the maduro wrapper is placed perfectly over the binder. The wrapper has this minor gritty texture overall and it has some silky qualities present with that. There are few veins present and the wrapper has a coloring that is a soft maduro overall while sill showing those maduro traits. The wrapper gives off an aroma of sweet cocoa and rich earth, and the foot is giving off an aroma of a similar quality with some raisin notes. 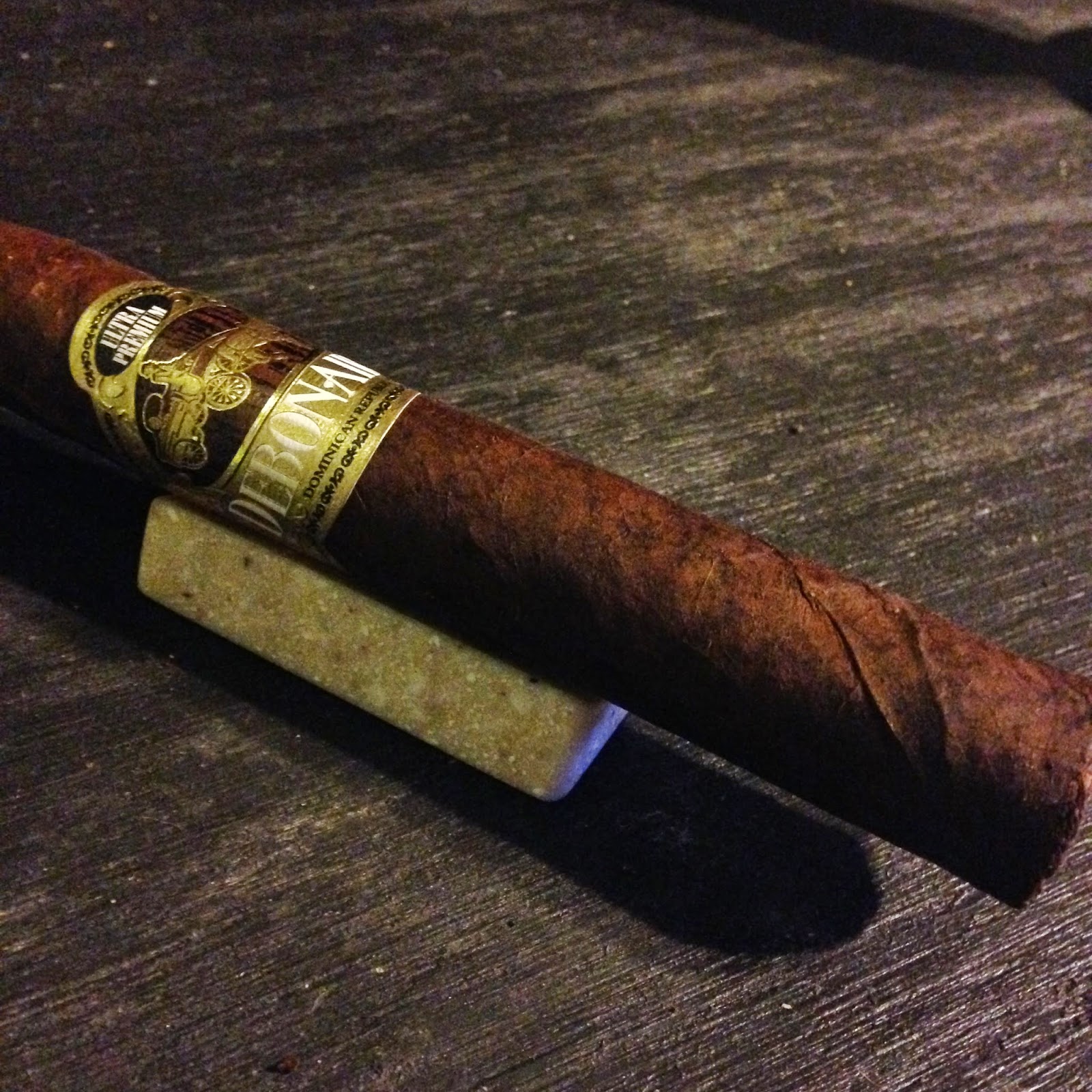 The first third show some great flavors and I am picking up some cocoa powder qualities with some earthy notes as well. There are nice spice notes present also and they are showing some cinnamon qualities to that which is making it spicy but sweet at the same time. There is a finish of toast and tobacco notes with that which makes for a great finish and overall a great cigar that is flavorful and enjoyable. I would classify the cigar as being medium full to full in terms of body, and the strength is at a level between medium and medium full. The construction is absolutely perfect with the cigar in this third and it is showing a razor sharp burn line with a firm charcoal ash on the end. The draw is cool, showing a lot of flavors, and the finish is smooth and flavorful. So far, this is a great first third and it is a cigar that I look forward to seeing how it progresses in the second and final third. 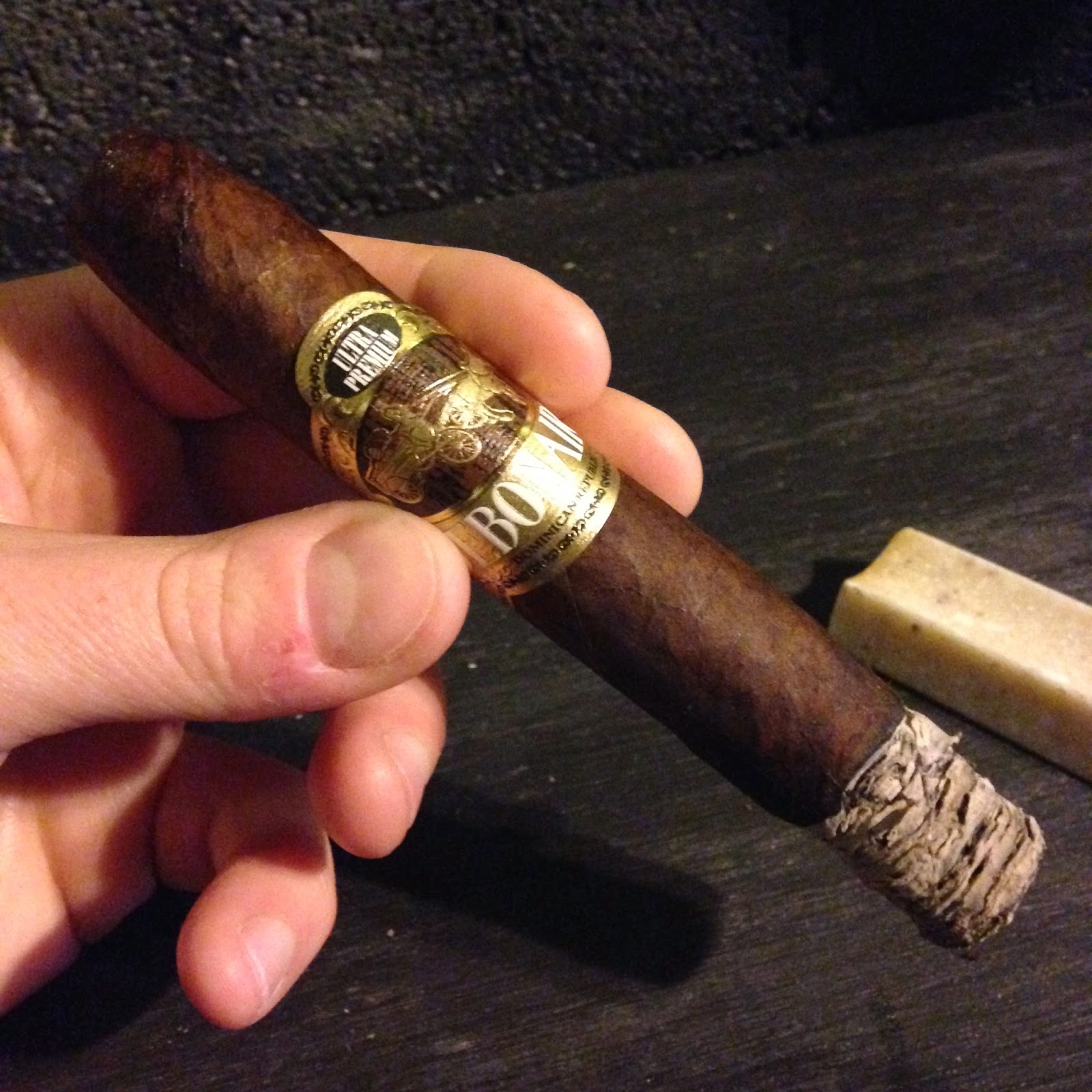 The second third shows a lot of continuation from the first third but it is a flavor profile I am really digging. The cigar is spicy, sweet and rich, and it is a great example of a Connecticut Broadleaf wrapper. I am getting some awesome cocoa powder notes and it is accompanied by these terrific  cinnamon and earth notes. There is a little bit of pepper present as well and it is balanced with a nice tobacco and toasty finish. Overall, it is a fairly complex smoke but more importantly it is very enjoyable. The construction is a little wavy in this third but it is nothing that can't be touched up with a lighter, and the ash has a nice charcoal color to it. The ash is holding on firmly and with that is a cool draw that is producing a nice bit of smoke. I haven't had to touch up the cigar and that is a great quality of wonderful construction. Overall, I would classify the cigar as being medium full in terms of strength and the body is there as well. 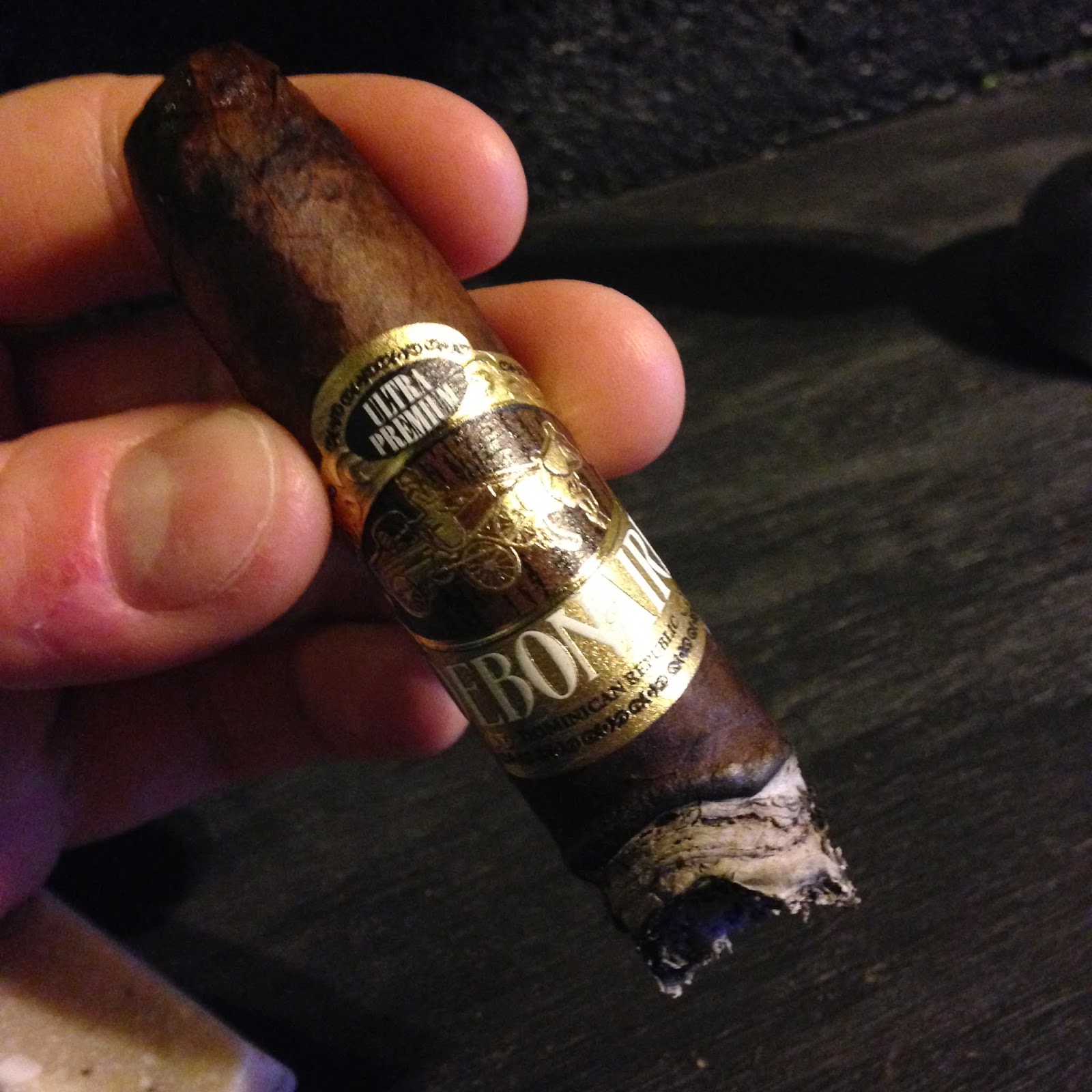 The final third of the cigar provides me with a great conclusion, and it is a wonderful finish to an already terrific smoke. There is a nice bit of earth and chocolate notes present in this third, and it is accompanied by some noticeable tobacco and damp wood notes. It is very rich and filling, and there is a nice spice level present on the end which is showing some pepper and cinnamon notes. It is a great example of Connecticut Broadleaf, and it delivers the great flavors that come with the tobacco. The construction shows some slight improvement in this third and while it is still not a perfect burn line, it is not requiring me to do major touch ups as it is correcting itself. The ash is still showing that charcoal coloring and it is firm on the end. I am getting a great amount of smoke produced with each draw, and it is a cool smoking experience. I would classify the strength as being medium-full in this third and the body is there as well. 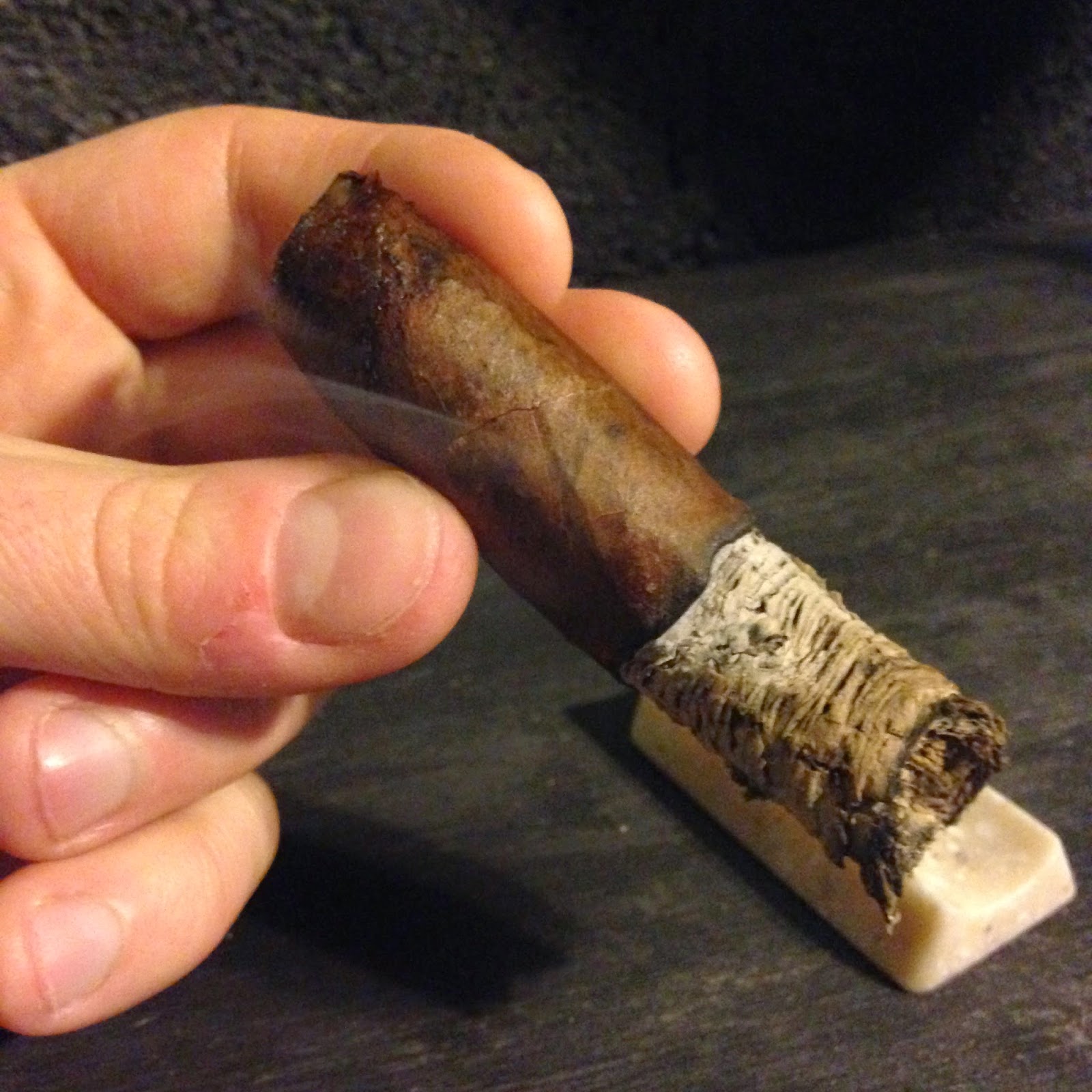 The Debonaire Maduro was a fantastic smoking experience and one I look forward to down the road. It showed outstanding flavors throughout and had a great strength and body level. The cigar was complex and balanced throughout, and with that was solid construction. The cigar really spoke to me and made me believe in everything Debonaire is doing. Is the Maduro better than the Natural for the Debonaire brand? That is an excellent question and one that I can't fully answer. I have smoked the Debonaire Maduro in more vitola offerings than the original Debonaire, but I know if I smoked the original Debonaire in the Belicoso or Toro that I would be just as impressed. I also know that if I smoked the Maduro in the Sagita size that I would more than likely enjoy it as well, so it makes my question nearly impossible to answer. The two line are completely different blends and both phenomenal. Phil has got some great products on the market and i I was a retailer, I would work hard to bring them in. I am giving the Maduro Belicoso a rating of 93 and this cigar blew me away. 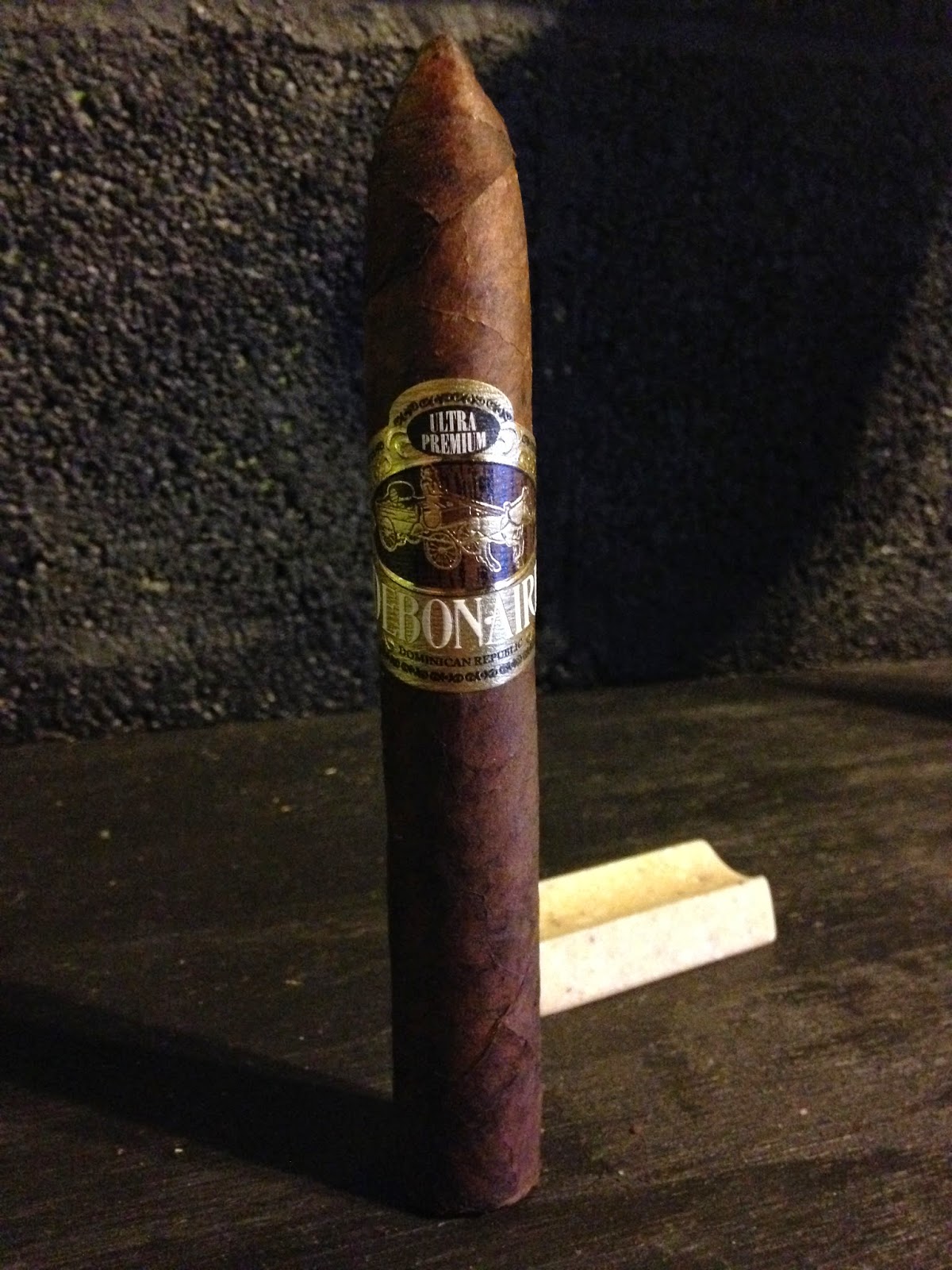 *cigars for this assessment were provided to me by Debonaire Cigars