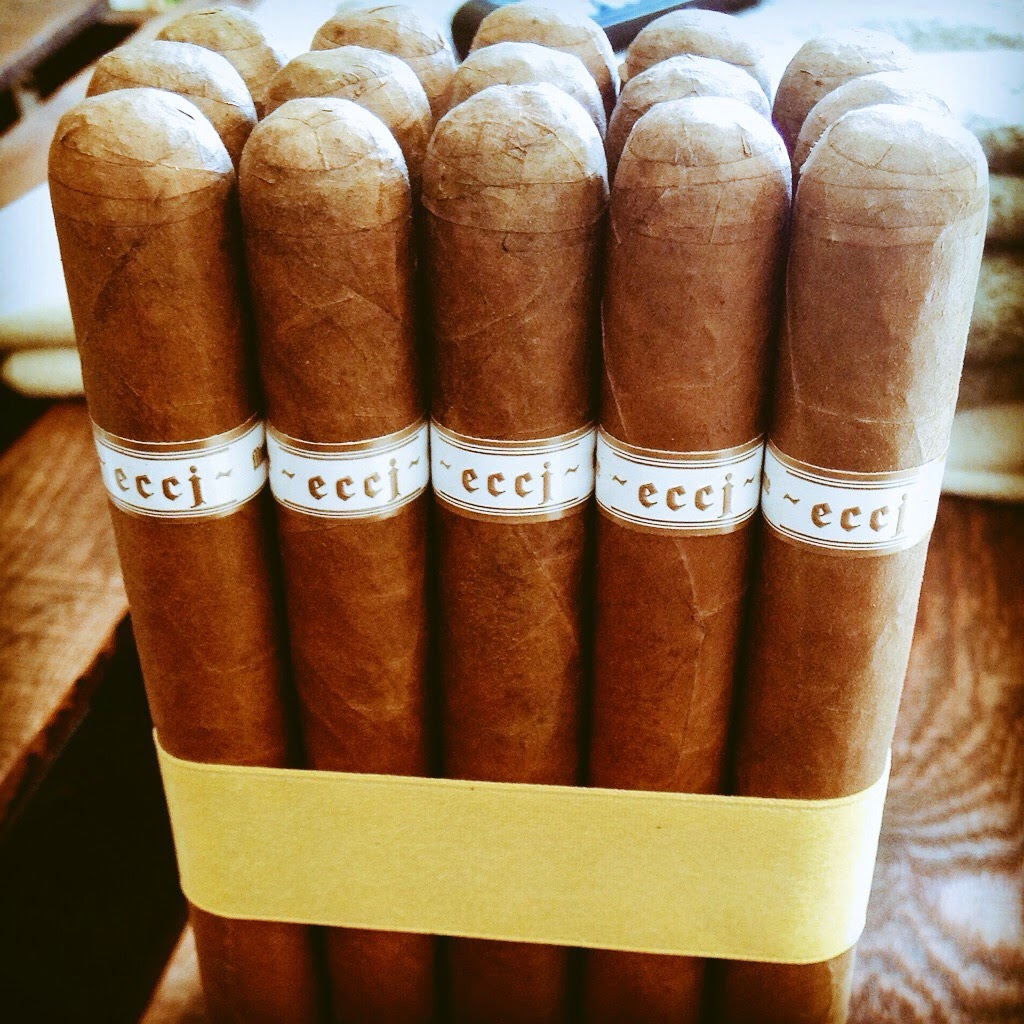 Most illusione fans know of the ~eccj~ that was released in 2008. To this date it is considered one of the best illusione blends to be released, and I believe it to be one of my favorite sticks as well. I was fortunate enough to smoke a couple, but that is all as I had to trade a good amount of sticks to get those two. It was very limited in nature, 4,500 cigars in all, and it solid out fairly quickly. The cigar was released to celebrate the 15th anniversary of European Cigar Cult Journal, now Cigar Journal, and what a release to have in honor of an anniversary. Over the years, consumers were begging to have a return of the ~eccj~, and in 2014 Dion delivered with the ~eccj~ 20th. The cigar was created to celebrate Cigar Journal's 20th anniversary this time, and was created in larger numbers than before. No other company has released a cigar of this nature, honoring a cigar magazine/journal that is, and I think it is a huge sign of respect to the magazine. I know Cigar Journal agrees, and today I look at the ~eccj~ 20th, and see what Dion has created to honor the magazines 20th anniversary.


Honoring Cigar Journal's 20th anniversary, the ~eccj~ 20th is the latest release from the company that was showcased at the 2014 IPCPR trade show. It is a Nicaraguan puro and is finished with a Corojo Cafe Rosado wrapper that is the same selection as the Epernay. This blend is based off the ~eccj~ 15th blend from 2008, and that blend was the basis for the well known Epernay line. The ~eccj~ 20th measures 6 1/2" with a 48 ring gauge, and it can be classified as a Short Churchill. The cigar features a solid triple cap and it has a beautiful colored wrapper. It is showing some light Natural coloring to it, and it is a solid color that is consistent throughout. The wrapper shows very few veins, and the veins present are minimal overall. It is silky in texture, and it has a nice firmness throughout. I am picking up an aroma on the wrapper that is of herbs, minerals, leather, tobacco, and cedar, and the foot is showing some similar notes with some sweetness and earthy qualities. The cold draw is perfect, and I am ready to light up this cigar. 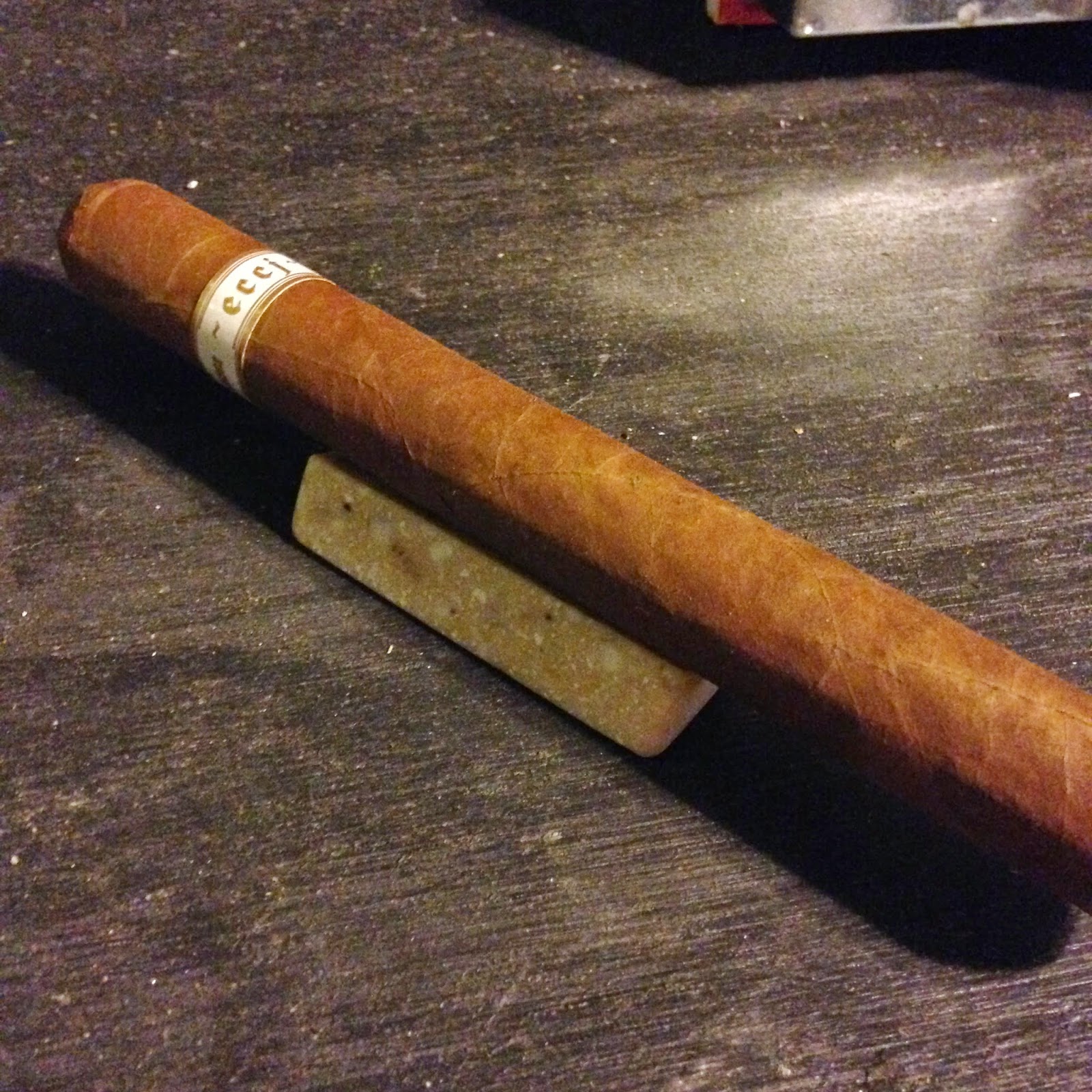 From the get go, the cigar shows some nice Asian spice notes and I am getting some faint red pepper notes with cinnamon qualities. There are some almond and other nut flavors present as well, and it has cream, hay, cedar, and honey qualities with that. I am picking up some light tobacco notes on top of that, and it is a very flavorful smoke. Dion does a great job of making a blend that is flavorful and always balanced, and this is a great example of that. It has depth and complexity, but it is not over powering or too much. I would classify the strength as being around medium overall, and the body is at a medium to medium-full level. In terms of construction, the cigar is performing phenomenally and it is showing a dead even burn line. There is a nice light charcoal colored ash on the end, and the ash is holding on firmly. The draw is cool and smooth, and this is simply an incredible cigar. I was expecting a great cigar and this is just that. 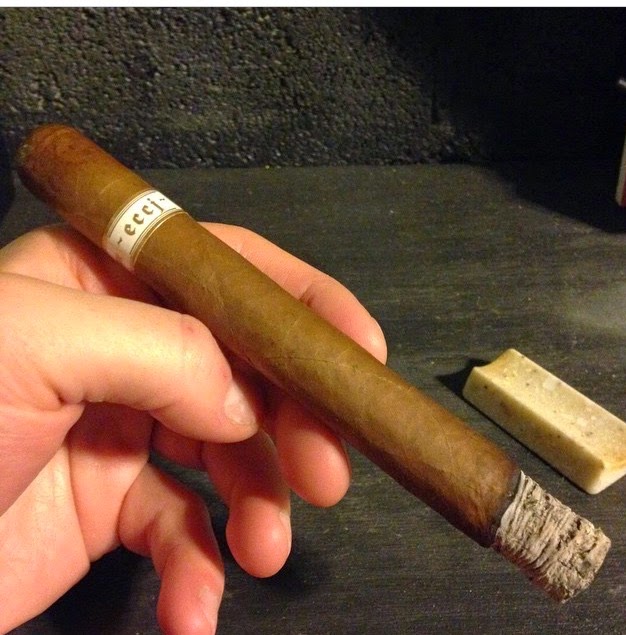 I am in the second third of the cigar now and it is continuing to show the tremendous flavors from the first third. I am picking up some nice spice notes to begin with and it has some great almond notes along with that. There are some light graham cracker and honey flavors as well, and it has cedar, hay and tobacco finish. I am getting some minor cream and earth notes as well, and this is an awesome stick. The construction remains top notch in this third and it is showing an even burn line still with that lovely charcoal ash on the end. The draws are still cool, giving off the perfect amount of smoke, and it is showing a ton of flavors on the retrohale. I would classify the strength as being more medium-full in this third, and the body is right there as well. So far, an awesome cigar and I look forward to the final third. 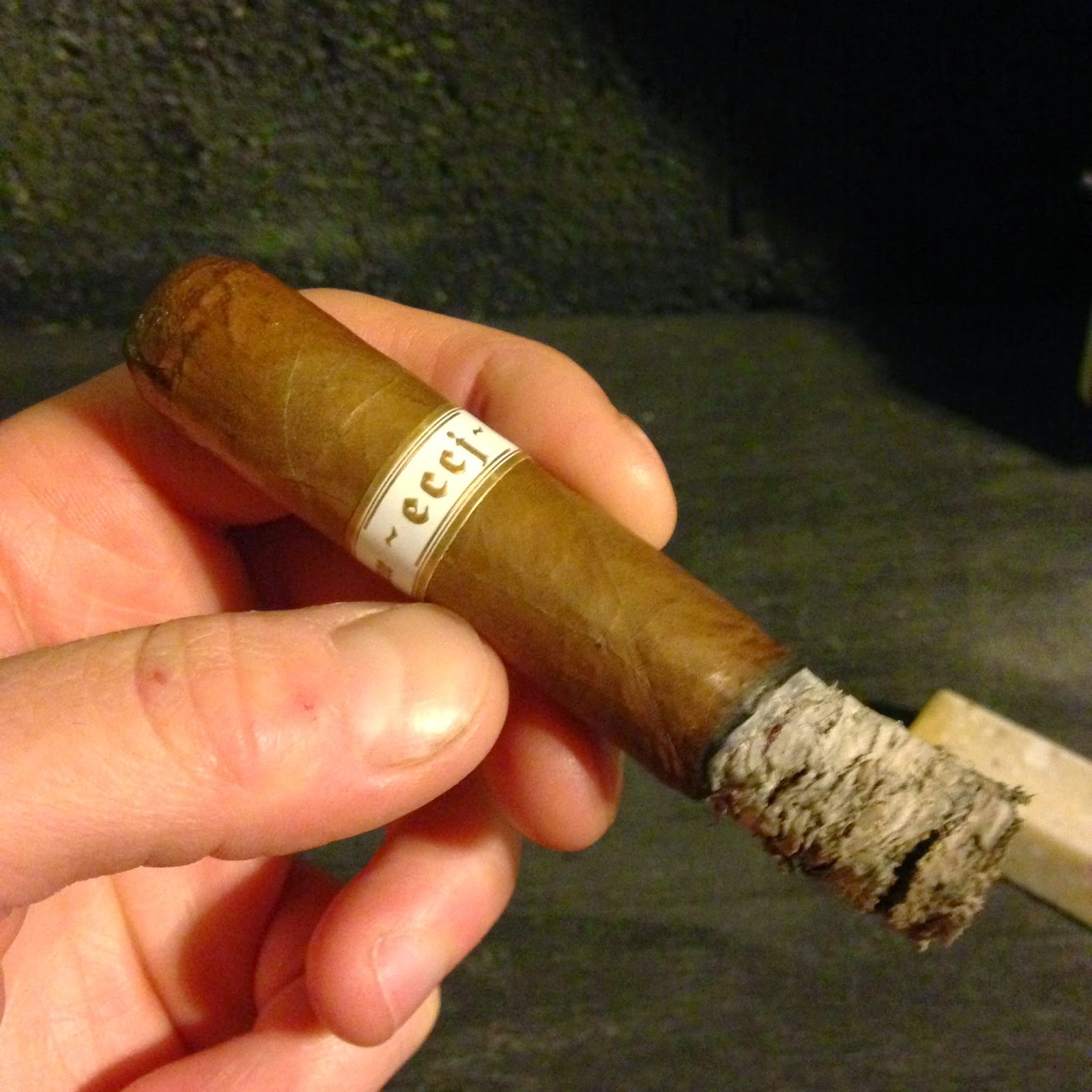 As I enter into the final third I find that the spice notes continue strong and that they are pairing with those nutty notes from before. There are some toasty qualities present now as well and it is followed by some nice cedar, hay and honey notes. There is a nice bit of earth and tobacco qualities present on the finish and it is a nice balanced smoke. It has been complex throughout, and it has a lot of depth with that. I would say that it smokes at a medium-full level for both body and strength in the final third, and the growth in that sense to the end is terrific. The construction remains top notch throughout the final third as well and it continues to show that even burn line with a nice bit of smoke on each draw, The ash keeps that light charcoal color as well and the final draw is cool and above all else, flavorful. 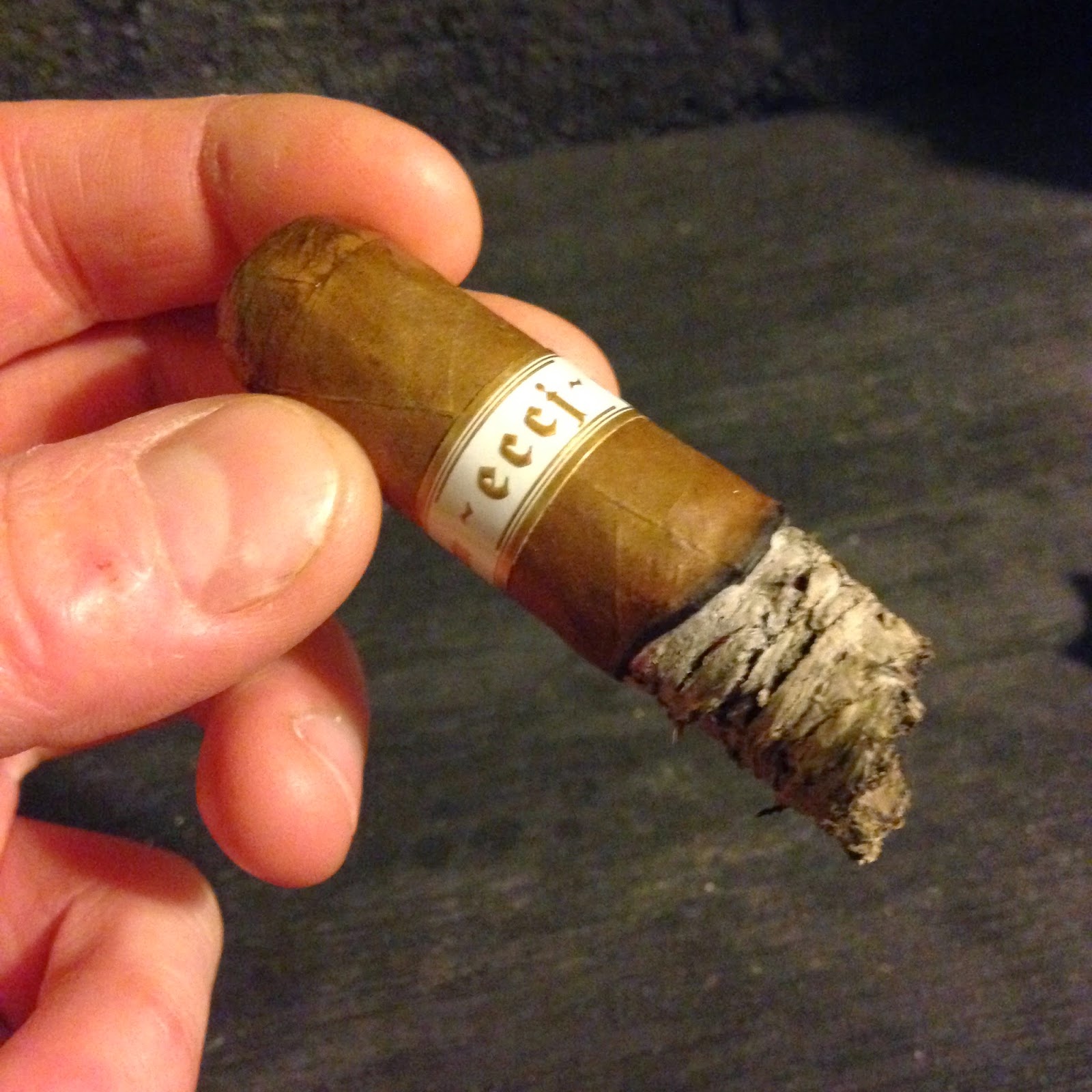 This is simply a fantastic cigar and another great release from Dion. It was showcased in 2014, but with it being released in 2015 it will definitely grab the attention of many smokers earlier in the year and remain with them to December. It is a blend that shows flavors, depth, and complexity, and is balanced as well. Dion has the ability to make incredible cigars at all levels of strength and body, and this is fantastic medium-full cigar for body and strength. With cigars like Epernay and Fume D'Amour, Dion makes flavorful cigars that are fairly mild to medium overall, but the ~eccj~ is more of a medium-full cigar that is above those but below the fullness of the Original Documents. While the Epernay is similar to the blends of the ~eccj~, there is something special with this blend that makes it stand out. Given this is limited in nature, I will have to get as many as possible, and it is without a doubt a box worthy cigar. I am giving this cigar a 94 rating and it is the best cigar I have smoked and reviewed this year. 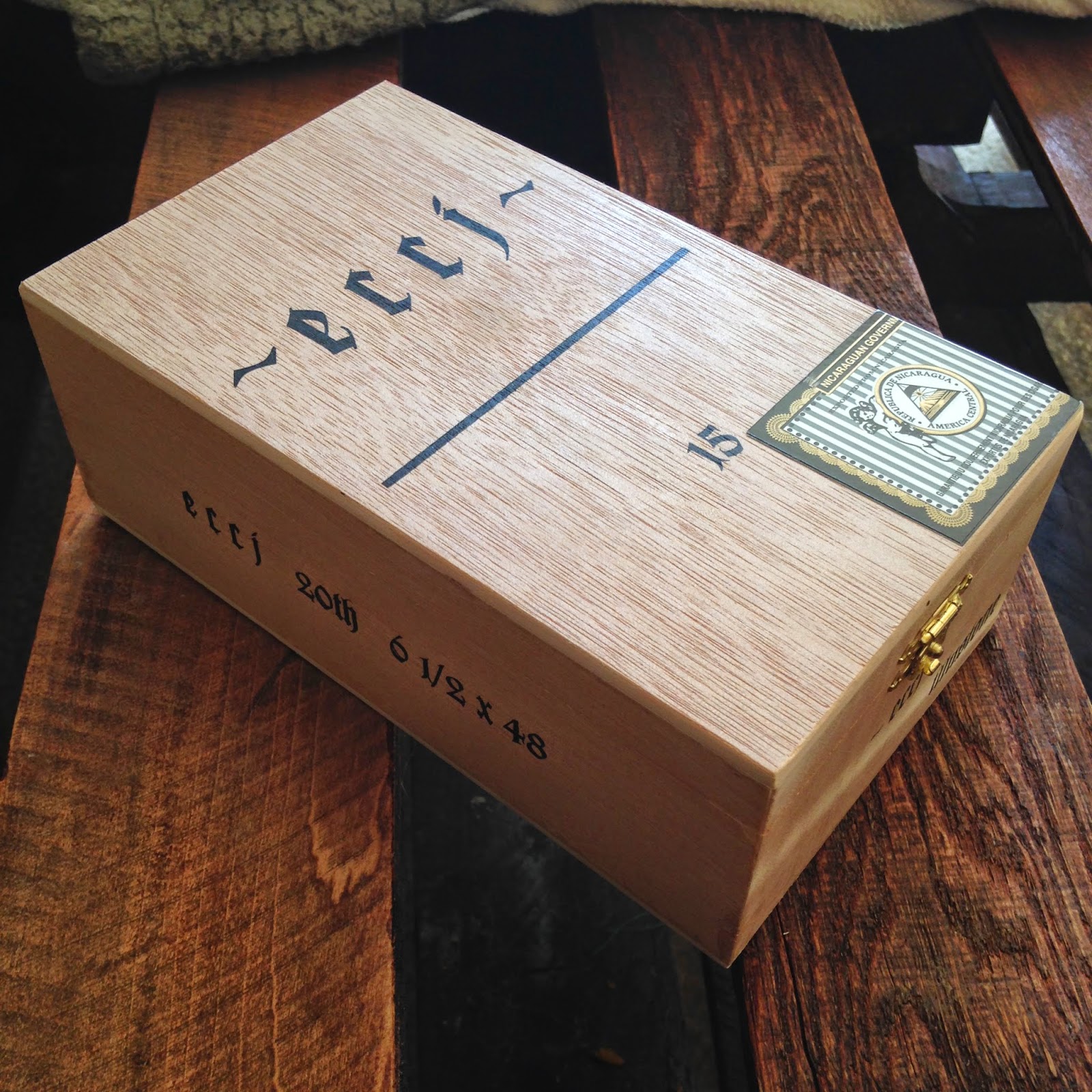 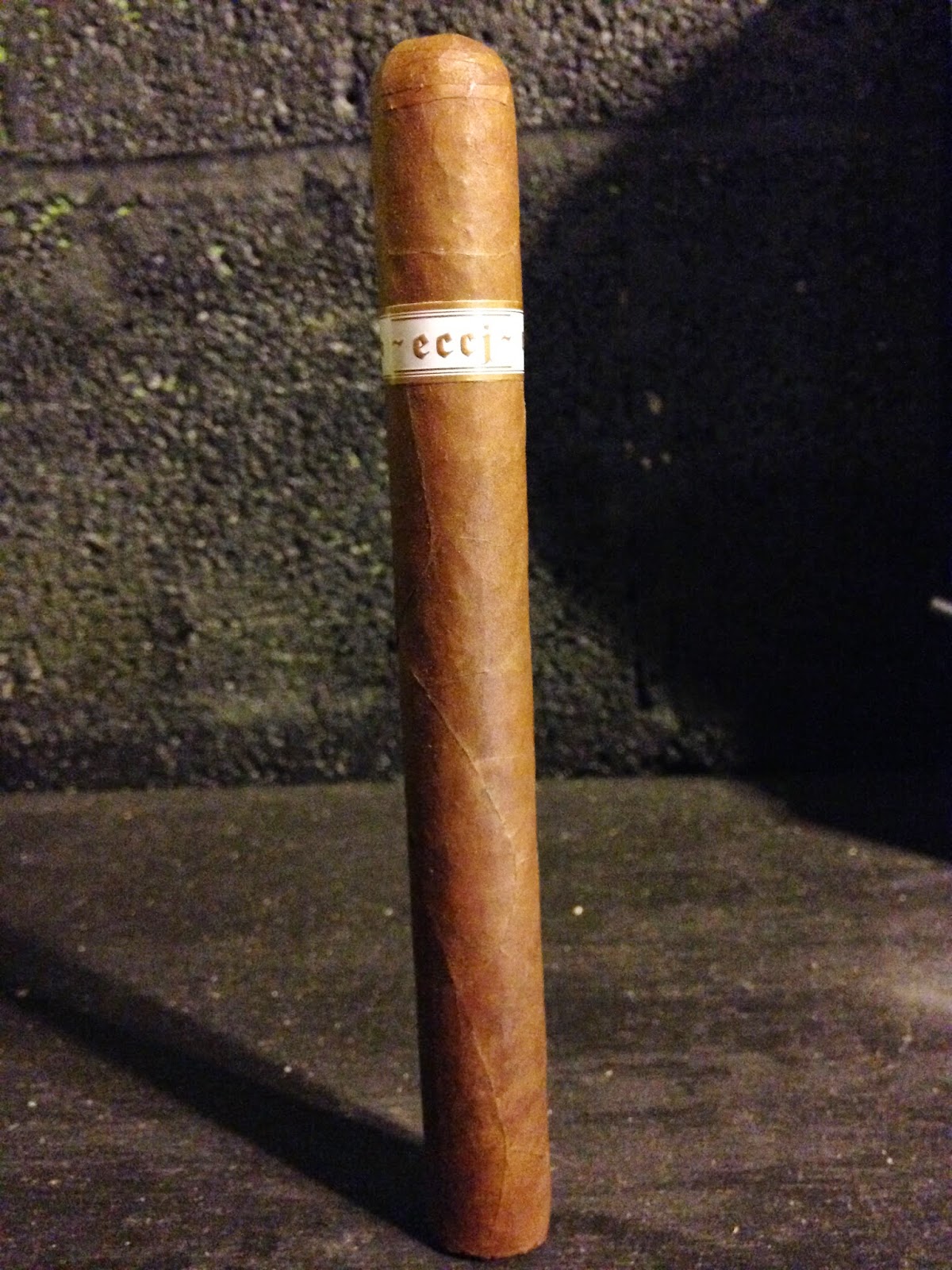 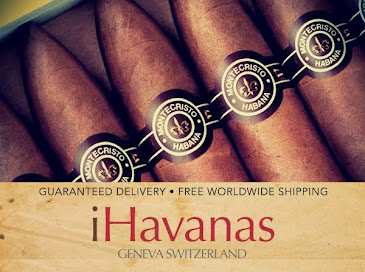