In the summer of 2009 CAO Cigars announced the launch of a new line, CAO La Traviata. I have never been a huge fan of CAO Cigars, except the Italia, but I was eager to try this given what the cigar was comprised of and what they were trying to capture. The line itself is not a new one but a rebirth since its demise 100 years ago in Cuba. CAO decided to make the cigar again and have it made in the similar standards and flavors of Cubans. 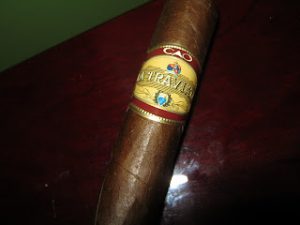 The cigar begins with fillers from the Dominican Republic and the Nicaraguan region, Pueblo Nuevo, which you can read about in one of my previous blogs, The Tobacco Regions of Nicaragua. CAO loves using tobacco from this region. Lately, all their new cigars have been released with it and they have been stellar. Above the fillers, they have an authentic Cameroon binder, and above that an Ecuadorian Habano wrapper. Habano wrappers from Ecuador are huge right now, and deservedly so, the wrappers grown there are grown in great condition and have wonderful flavors and strength profiles.

The vitola I smoked was the Animado, which measures 5.6″ in length and had a ring gauge of 46. Cigars of this size typically give off a  lot of flavor from the wrapper and less so from the filler. Before lighting, I could pick up the pepper and leather and I knew I was in for a treat. Throughout the smoke I pick up a lot of cedar, leather, anise, nutmeg, and pepper and it staid throughout. This was a really great smoke, probably one of the best CAO has made in a long time. I know that they have made a Maduro version of the line and that is quite popular and I look forward to trying that as well.  This cigar delivered in flavor and body, I would say this cigar was full flavor while being medium-full in body. 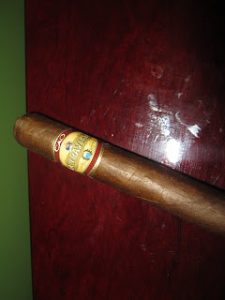 The cigar has a lot going for it, from the flavor, strength, and pricing. For under $5 a stick you can’t go wrong with this. If you usually dont levitate to CAO smokes give this one a shot, and if you are a CAO fan then you should love this. This was a very nice cigar and I look forward to the others I have in my humidor. I give it a 90.