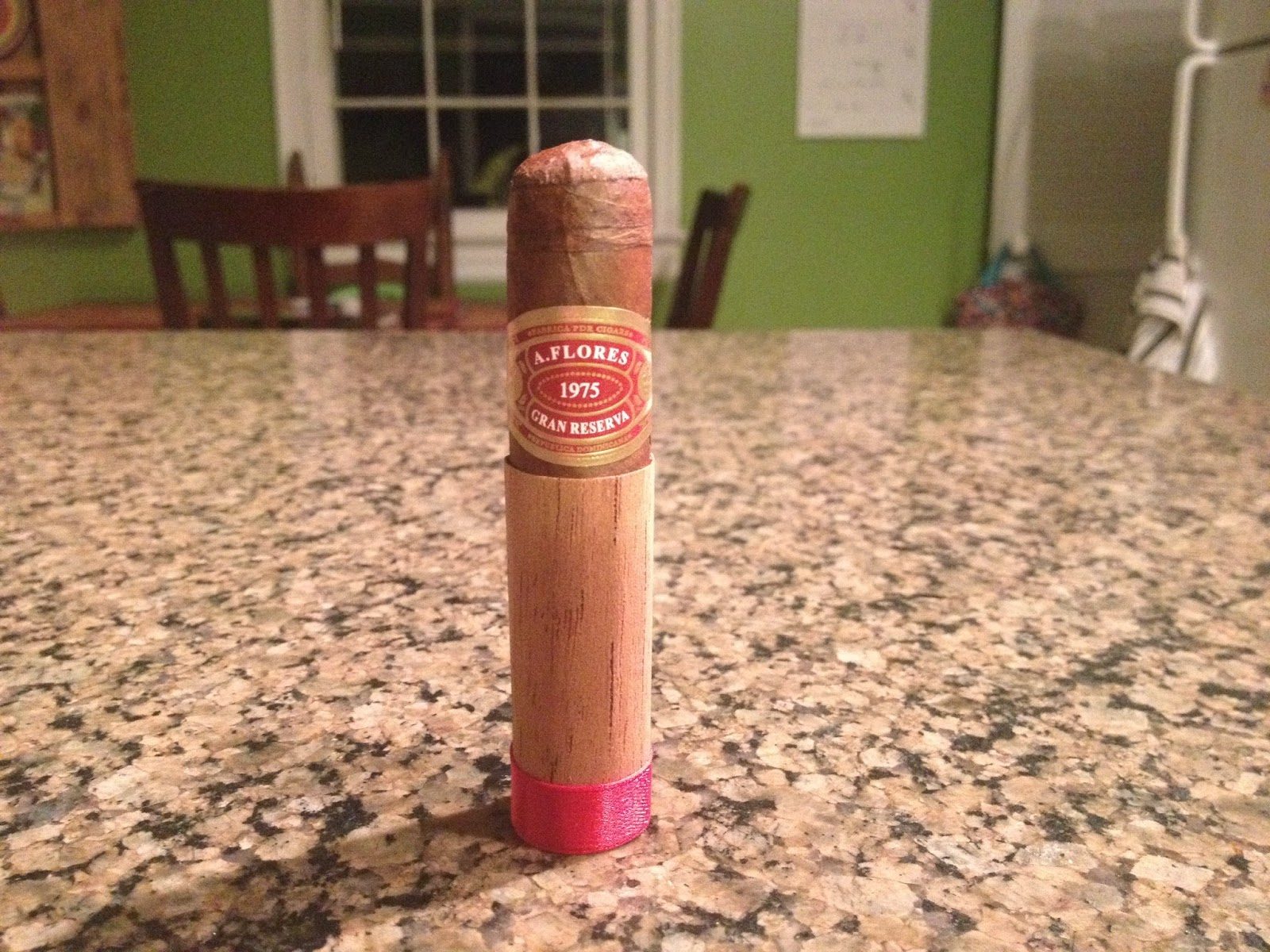 When you plan on making a cigar that is shorter than four inches in length and has a ring gauge of a 46 you have some work cut out for you. Yes, the cigar is fairly easy to make in terms of making the cigar, but blending it correctly and having it be great is a whole different story. Since the H. Upmann Half Corona was released in 2011 non-Cuban manufacturers have been obsessing over this cigar and wanting to one up it. There are two competitions right now: who can make the best biggest cigar and who can make the best smallest cigar. Well, last year PDR Cigars decided that they would enter into the fray and make a small Half Corona in their new A. Flores Gran Reserva line. The cigar was shown off and released last year, but the company recently did another media blitz on the cigar to grab attention.

The A. Flores Gran Reserva Half Corona is the smallest cigar the company has made and measures 3.5″ with a 46 ring gauge. It is finished with a Dominican Corojo 2006 wrapper and is then followed with a Dominican Olor binder. The filler is a blend of Dominican Corojo and Nicaraguan Habano and it is the same blend as the rest of the smokes in the line but blended and tweaked to the vitola. The cigar features a terrific triple cap and it is a sweet little size. This is the perfect smoke for when the weather is shitty or you are going on a short walk. The cigar sports a wrapper that is a solid Colorado coloring and it has a few veins throughout with some tooth here and there as well. I am getting an aroma of leather, rich earth, tobacco, pepper and spices on the wrapper, and on the foot I am picking up some softer and rich earth notes. 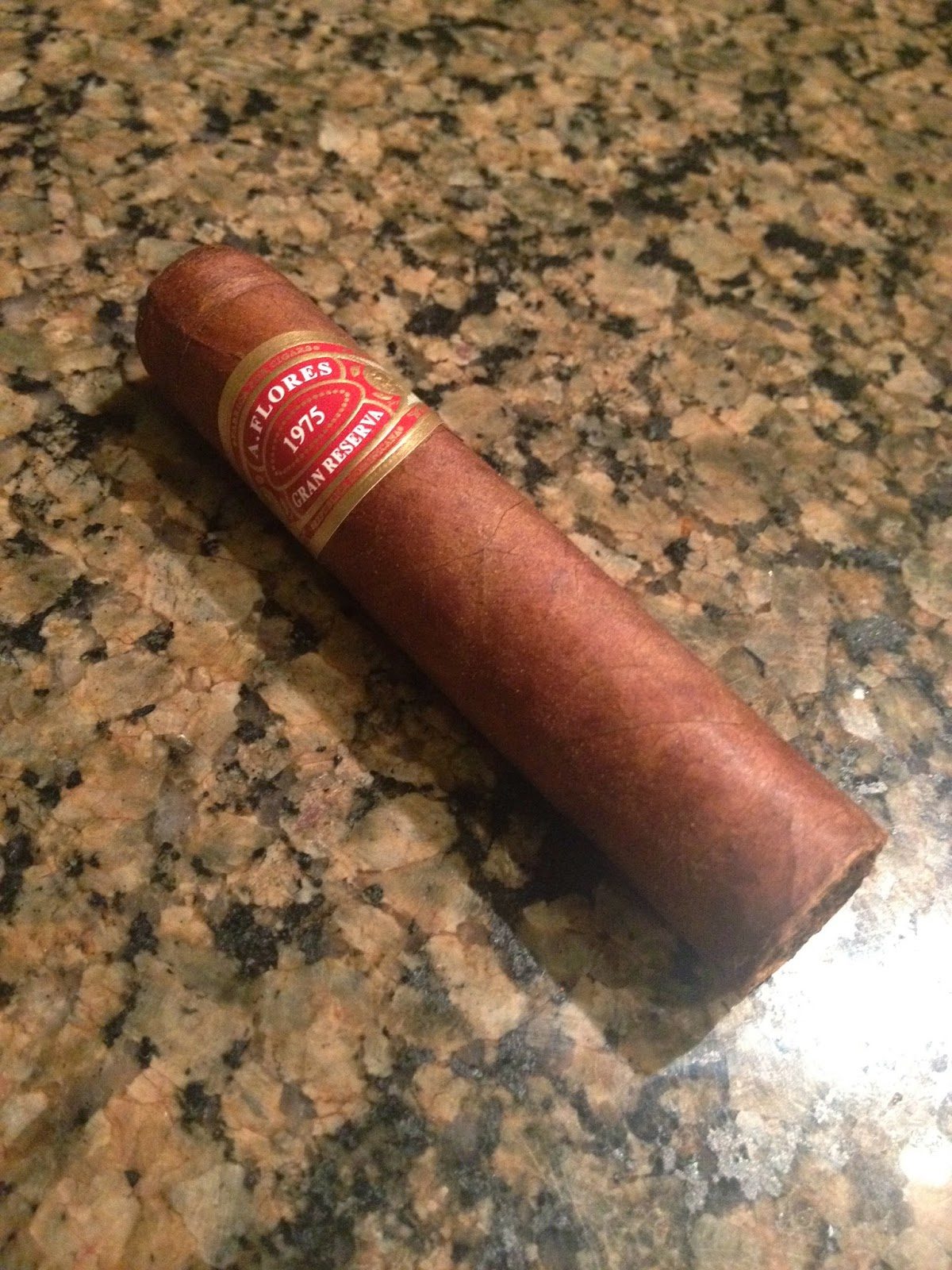 The first half begins by showing some solid leather and tobacco notes, and there are earth and cocoa qualities with that. It has a nice bit of balance between the rich and dryer qualities and it is accompanied by some cedar, spice and pepper notes with that. In terms of construction the cigar is incredible and it is showing a perfect burn line with a beautiful charcoal ash that is holding on firmly with that. The draw is cool and producing a lot of smoke that is great on the palate. This half corona is smoking so well and it is smoking better than most robustos and other larger vitolas on the market. I would say that the body and strength are above medium in this half but it is not quite at that medium full level. This is a cigar I could smoke back to back and tins of five are easy to smoke through. 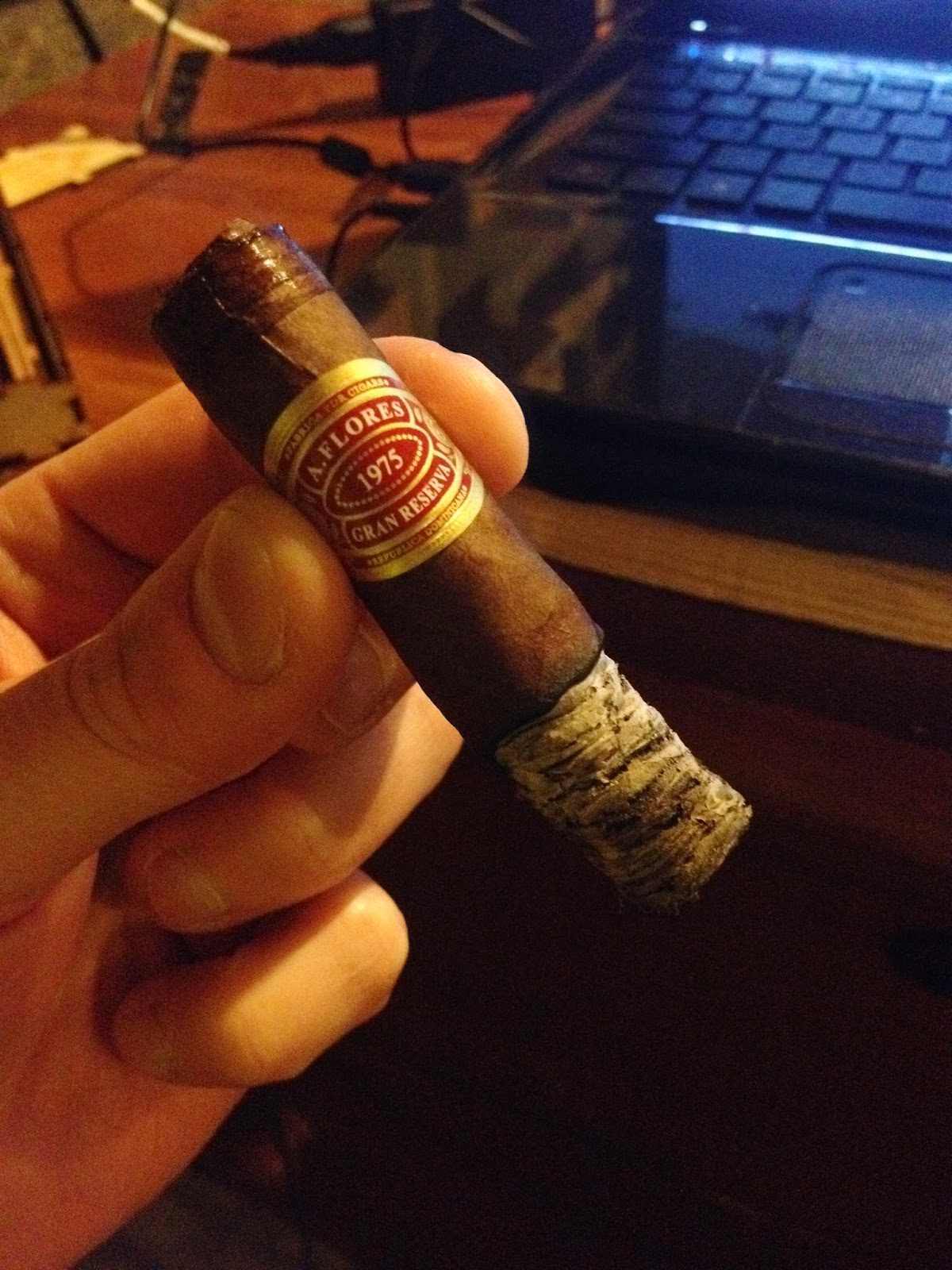 When I get into the second half of the cigar I find that it is beginning to show a lot of the same flavors from the first half but there is a change in the roles that the flavors are having. I would say that I am getting a lot more cocoa notes in this half and there is a nice bit of coffee bean flavors with that. There are hints of cedar, leather, tobacco and spice on the finish, but it is more earthy, cocoa and coffee like now. I like the transitioning that the cigar is showing and even in the first half I thought this was a great little smoke. The cigar is fairly complex overall, and while it is not super complex and showing a lot of transitioning, it has some depth which is nice. The construction remains perfect in this half of the cigar and it continues to show that razor sharp burn line with a charcoal ash  that would have been holding on longer if it was not for the band. The cigar smoked at that medium to medium full level throughout this half and it is a cigar that smokes cool to the end. I love this size for a cigar and wish more manufactures utilized it. When blended correctly the cigar can show the great flavors that the wrapper possesses and can show the great balance between the wrapper and filler tobacco at the same time. The short smoke can produce all the wonderful flavors that a larger smoke produces but can do it in such a quick time period that makes it more readily available at any time of day. This particular smoke produced some terrific flavors throughout and with that was some great construction. I found that there was a great body and strength level from beginning to end and it is a cigar that I could smoke in the later morning to even being the last cigar of the day. These are cigars that I would recommend you pick up a lot of, especially some tins, because they are great to travel around with. I am giving this cigar a solid 89 and as I said earlier, would recommend to many out there. 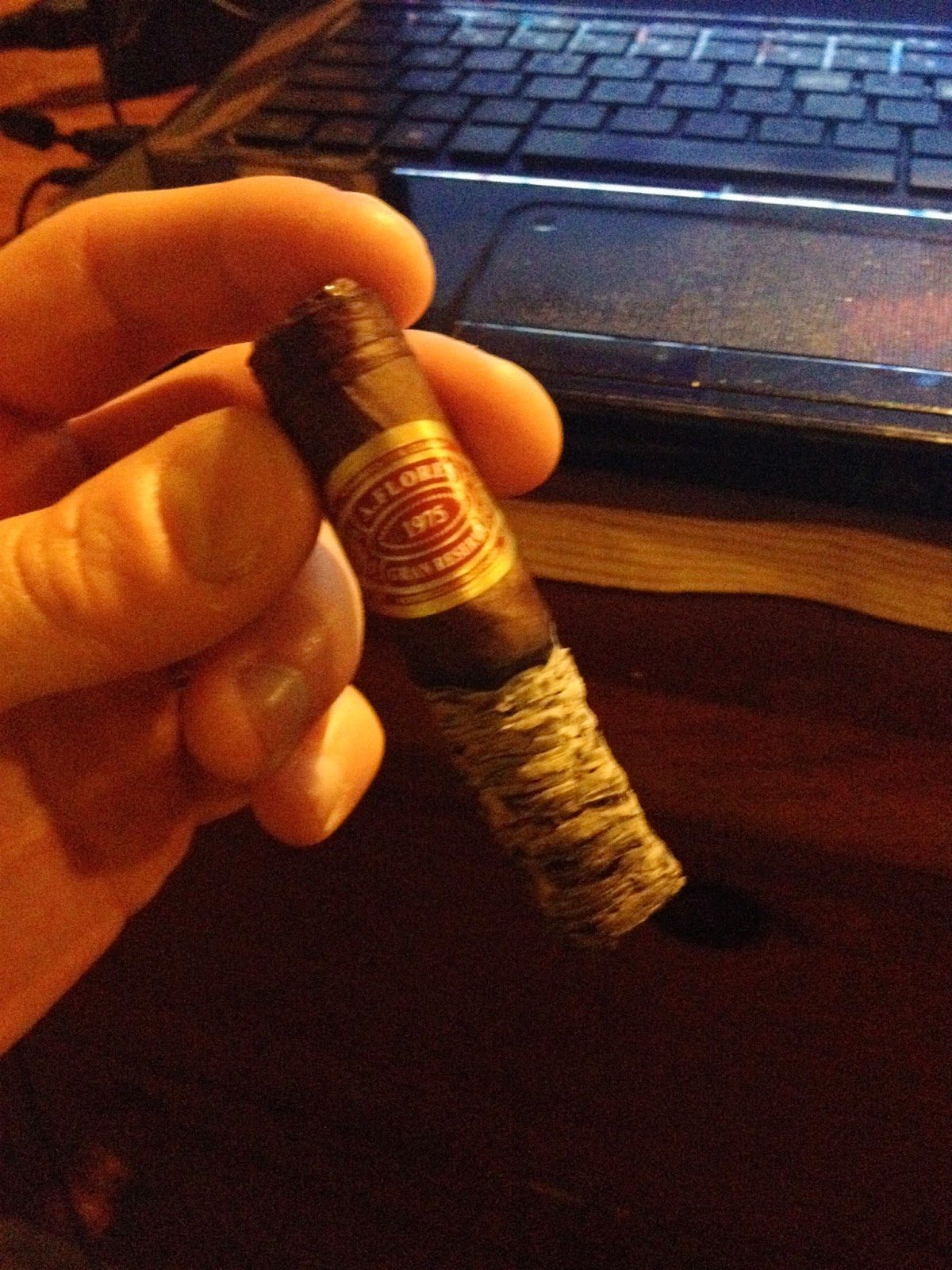 *cigars for this assessment were provided to me by PDR Cigars