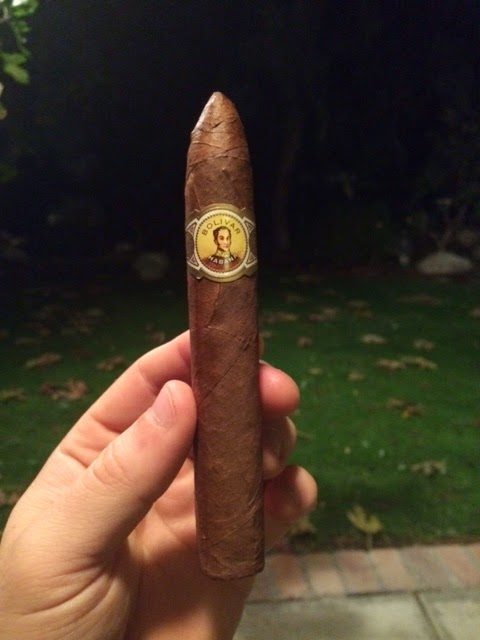 With all the recent hoopla, I am kind of on a collecting spree, but specifically for long term aging. I plan on shifting my focus on smoking to mostly Non-Cuban cigars, other than my weekly review. I plan on aging more boxes during the coming year, so I am visiting some older favorites to determine my route. I have always been a fan of Bolivar Belicosos Finos (BBF), and picked up a fine aged example in a trade from 2003. I figured it was time to really see what time had contributed to the blend, and then compare with recent production. I have always enjoyed this blend, and it stands as a potential cigar to go deep on before the embargo lifts and all hell breaks loose.

Dry Draw: real fruity First Third: Ladies and gentlemen, dried fruit has entered the building. Talk about a ridiculous first third that was vastly different than any fresh BBF I have smoked, the 2003 Belicosos Finos was a dried fruit bomb, straight up mandarin orange. The retro was strong with a nice bite, surrounding the dried fruit notes with hints of cedar, mild pepper, and some vegetal notes. A dark chocolate note appeared as well, but in the background. The culmination reminded me of boutique candies, the kind you give your woman when you messed up, or to get ahead. My notes said simply, “crazy long finish.” The overall profile moved into a creamier texture as I neared the second third. 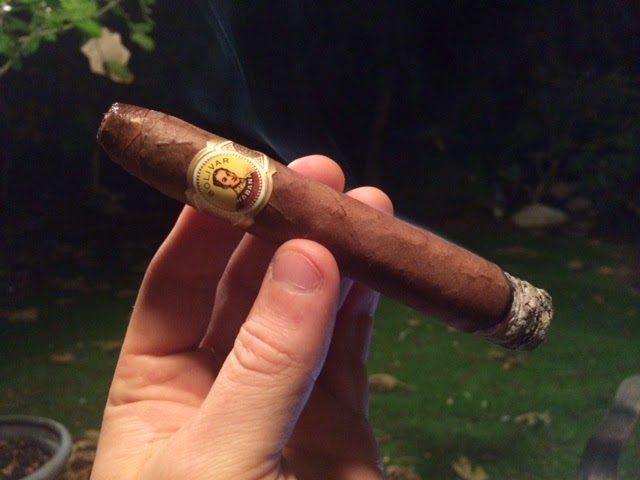 Second Third: The Sweetness, as I aptly termed it on my notepad, took over. It seemed like the tip of my tongue was enamored with the sweetness, which morphed into sugar cane for the majority of this third. The main change that took place, was a shift into charred oak territory. Specifically, the charred oak took over the creamy texture and surrounded the tongue, while coating the palate, with the tip singing the praises of the sweetness. The dried citrus had gone, and shifted to the sugar cane, but only on the tip of the tongue. The charred oak was dominating the rest of the mouth.

Final Third: The charred oak quickly took a backseat, and the creaminess came back and invited their old friend chocolate to the palate party. What I found interesting was the vegetal notes in the first third seemed to combine with the charred oak and create a roasted pablano pepper note. I also detected some clove notes resting on the tongue. The creamy flavors turned into milk chocolate, very smooth, and some floral notes entered as well. The final third was very impressive, showcasing an very strong shift from the initial dried fruit bomb, to a milk chocolate mixed with roasted mild peppers and clove profile. To say the finish was outstanding is an understatement. 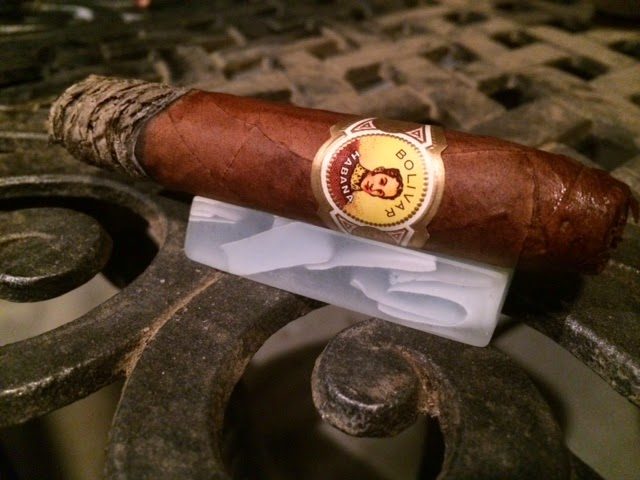 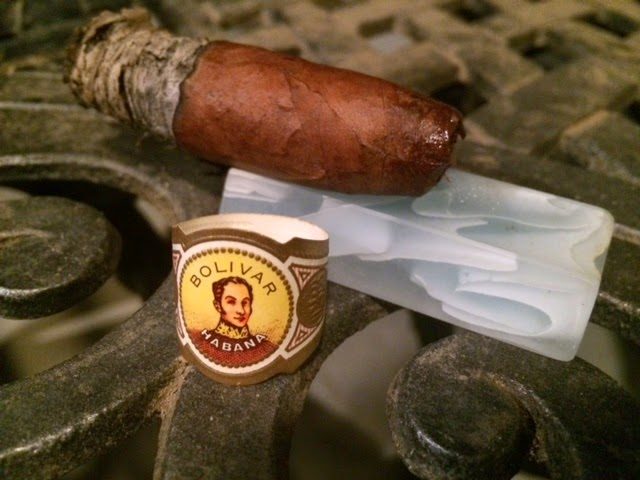 Final Thoughts: I have always been a fan of the Belicosos Finos, and I think it is the best offering from Bolivar in the larger ring gauges in terms of flavor, complexity, and showcasing what Bolivar is all about. What I find interesting, is the last two well aged Bolivars I have smoked, taste nothing like a fresh Bolivar. Had I smoked this blind, I would not have likened it to the Bolivar brand. I have now reviewed aged examples of the BBF, corona from ‘98 and the corona junior from ‘07, and plan on writing up vertical tasting to compare years. I honestly think Bolivar stands as one of the best aging brands, as well as fresh brands from Habanos SA and with this example a few boxes of BBF will be stashed away for as long as I can handle.