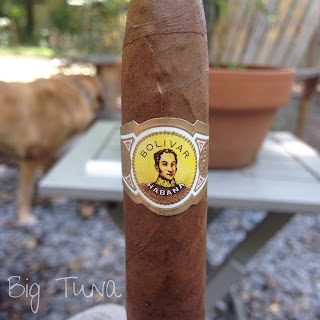 As some of you may know, Brother Catfish has announced his retirement from being a public critic on cigars and Habanos, and with his departure I thought it was only correct to review a Habano that he is a fan of and also touch on a box code that he and I both love. Habanos Critic and What Embargo? will truly miss him, we will never be the same without him, but we wish him all the best. In his honor I review a classic, the Bolívar Belicosos Finos- (TEB NOV-08).

Easily the most popular vitola in the brand, the Belicosos Finos is a pyramid that measures 140 mm (5.5″) with a 52 ring gauge at the foot. The Habano is a pre-revolutionary offering, and for a long time was made at the Partagas Factory, as is the case with this box. Production now is coming out of El Rey del Mundo. The Belicosos Finos sports a light colored wrapper, and it is a true Natural coloring in my opinion. It has some tooth throughout, and there are some decent sized veins present as well. It is somewhat smooth in texture, despite the bumpy veins, and it is a well constructed pyramid. The wrapper sports an aroma of weathered wood, salt, tobacco and earth, and it has a classic Habano aroma to the wrapper. The foot is more complex and it is giving off an aroma of stone fruit, rich earth and sweet tobacco qualities. 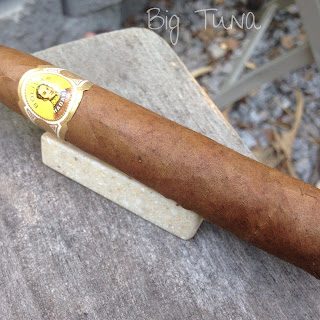 The first third opens up with an explosion of terrific flavors and it is giving some nice chocolate notes that are accompanied with some gritty earth qualities. I am picking up nice pepper and anise notes, showing touches of that Asian spice quality, and it has a nice tobacco, black coffee and dark cherry finish. It is a complex blend that is showing a lot of depth, and I would say this is a medium-full blend in terms of flavors, body and strength. The construction thus far has been stellar and while the burn line is a little thick, it is producing a nice charcoal gray ash on the end that is holding on firmly. The draw is cool, showing off a nice bit of smoke, and it has a long finish. 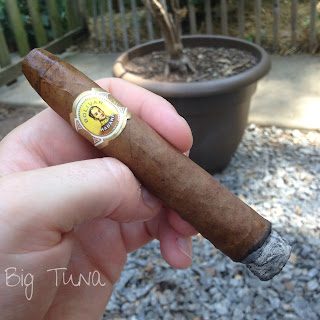 I am in the second third of the Habano now and the flavors are showing a nice bit of change. There is a nice leather pepper spice present, and it is showing a more pronounced stone fruit flavor profile. The cocoa notes have decreased some and they are more of a rich earth quality now. There is a finish of tobacco and black coffee, and it is a flavorful smoke. The Habano is remaining at that medium-full level in this third and the body and strength are really pairing well with the flavors. It is a complex smoke and a great example of the Belicosos Finos. The construction remains top notch in this third as well and it is producing an even burn line with that solid charcoal ash on the end. The draw is cool throughout, and there is a nice finish overall. 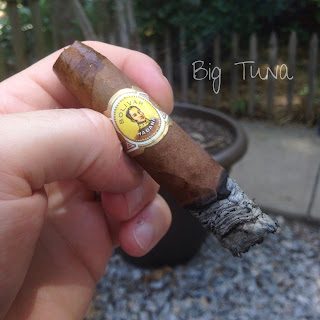 When I get into the final third of the Habano I found that there is a nice change in the flavors delivered and it is taken a more natural quality. I am picking up some nice seasoned wood and earth qualities, and it is giving off a great barnyard profile. There is a finish of spices, pepper and anise, and I am getting some soft cherry notes with that. It is a complex profile that is very enjoyable, and like before the flavors, body, and strength are smoking at a medium-full level. The construction remains perfect on the pyramid through the final third and with the ring gauge getting smaller the draw remains cool and the flavors more concentrated. There is a nice burn line on the end which is fairly thick, and it has a light charcoal ash that is holding on firmly to the end. The draw remains cool to the tapered nub, and it has a long finish with a nice bit of smoke produced. 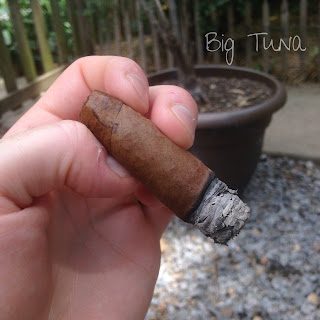 The Belicosos Finos has never been my favorite vitola in the brand, I prefer a lot of the other offerings overall, but it is a great smoke that has been consistent over the years. There is a reason that this vitola is in great demand, and that is due to the successful blend and how it smokes from box to box and vintage to vintage. I find that the Habano smokes well young, the brand does overall, but with a lot of age they get better and better. I have smoked a variety of vintages over the years, all of them good, but it is hard for them to compare with those from the box code TEB 08 in my opinion. The Belicosos Finos delivers a complex flavor profile that pays tribute to the brand and it is a medium-full blend in flavor, body, and strength. It has this awesome spice and stone fruit flavor profile that plays of the barnyard and old school qualities with a Habano, and the result is an enjoyable smoking experience. Add great construction on top of that and you get the rating that this Habano deserves. The Bolívar Belicosos Finos (TEB NOV-08) gets a 94-96 with almost seven years of age, and I can see it being even better at ten years of age. 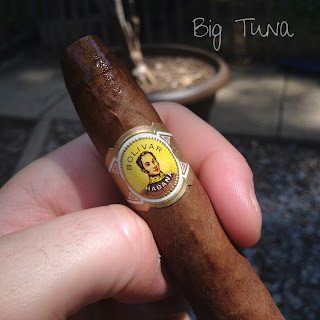 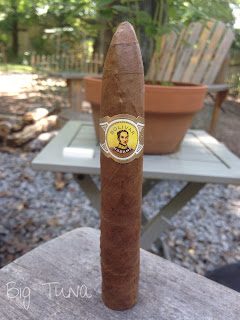