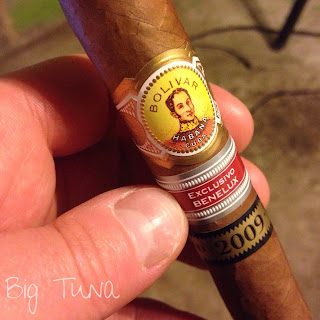 I have never had the goal to smoke every regional release for a given year or even attempt to go after any regional release ever produced. To me, it is too much and the juice is not worth the squeeze. However, when I had the opportunity to go to Belgium/The Netherlands in the fall, and visit a La Casa del Habano, I did not hesitate in picking up every regional that they had available. This left me with a great variety of regionals for the Benelux region, and today I begin tackling them. I start with an aged regional that even comes with an Aged Habanos band on it, the Bolívar Fabulosos Edición Regional Benelux from 2009. 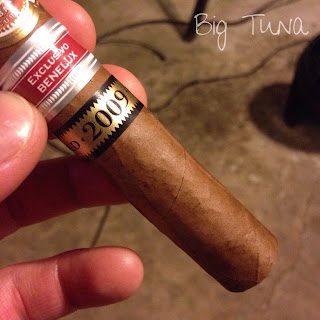 The Habanos is rolled well and comes with a nice Colorado coloring wrapper. It has a few water marks near the cap, and the triple cap is applied perfectly. The Habanos is adorned with three bands, the regular band, regional band and aged Habanos band, and spaced out nicely. There are few minor veins present throughout and it has a nice texture that has a fine grit to it. The wrapper has a sweet chocolate chip cookie aroma, an I am getting some dry earth with that. The foot is lighter overall and it is showing a hint of spice with some hay qualities.  The Fabulosos begins by showing some strong pepper notes and it is paired with some rich dirt and chocolaty sweetness. There are some leather aspects present as well, and it has a finish of wood and dark black coffee. It really captures the brand perfectly, and it strong and pronounced. I would classify the flavors as being at an easy full level, and the same goes for the body and strength. For being seven years old, this Habanos has some juice and that’s something you can say about a great Habanos. The construction thus far has been fairly solid as well and it has produced a burn line that is slightly wavy with a nice firm ash that is charcoal in coloring. 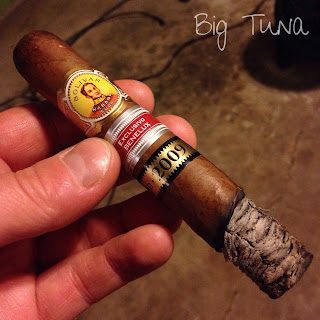 When I get into the second third I find that the flavor profile has shown some changes and the black pepper notes are much more prominent than what they were in the first. There is a strong leather quality and it is showing that salted wood quality which you can find with some Habanos.  There is a slight bit of chocolate flavors present, but it is more of an unsweetened dark chocolate and it is with some coffee qualities. It is remaining at a full level for body, flavors and strength, and this is a great Bolívar. The construction is remaining top notch in this third as well and it is showing that even burn line with the firm charcoal colored ash on the end. The draw remains cool and a nice bit of smoke is being produced with each puff. 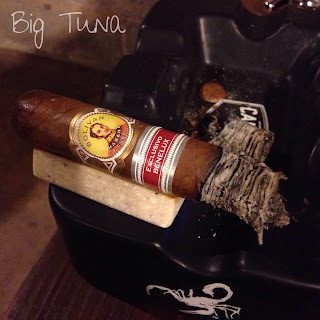 I am in the final third now and it is finishing at a very strong level. There is a lot of black pepper and leather flavors present, and there is that strong salted wood flavor as well. I am not getting any sweetness or chocolate notes, and it is more natural and earthy. The black coffee notes are still present and it is a strong flavor profile. It is still smoking at that full strength, body and flavor profile, and it has remained that way throughout.  The construction is still spectacular and it is showing that even burn line with a solid charcoal ash on the end. The draw is cool and I smoke it down to the nub. Seven years old and smoking great! 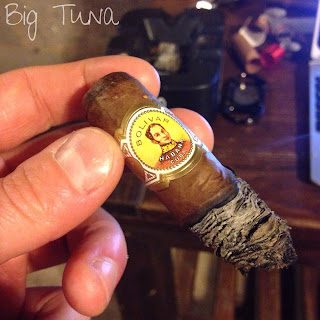 I have always had a lot of success with Bolívar regional editions. They tend to keep a flavor profile that is in line with what the brand is known for, and they smoke well young and fantastic with age. This particular regional was one I looked forward to and had faith in, but it still caught me by surprise in a good way. To smoke a seven year old regional and have it smoke like this makes the case for it to be regular production. Will that happen? No, but it is truly a great example of the line in a fun vitola. I love the Edmundo offering, and I wish we saw it more with better releases. It bring some big qualities while not being too much. The Fabulosos has a lot to it, especially the flavors, and I know that this will smoke well for another three years. How strong was this when it first came out? I don’t know, but I bet it was a beast! 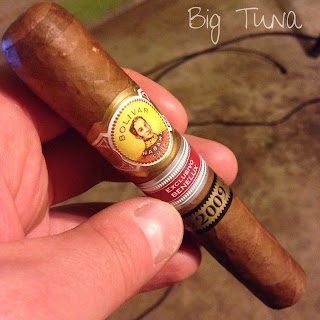