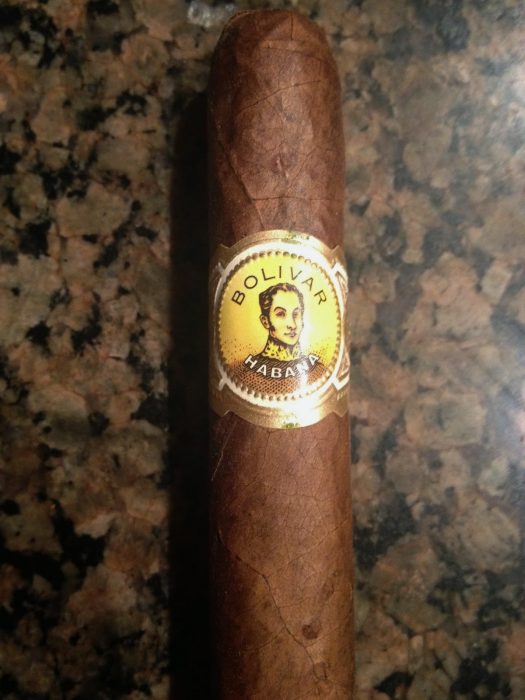 When looking at the brand in the Habanos portfolio there are a lot of names that really stand out. Some of them are larger than other, but one of the brands that seems to stand out with a lot of smokers is Bolívar. It is a multi-local brand for Habanos and while it is not found everywhere that sells Habanos, it is found in a large number of the stores that sell Habanos. To me it is a brand that shows the greatness of blending because it can be a full body cigar, but with the excellent blending done it is always balanced. Whether I am smoking a Royal Coronas, Petit Cornas or Belicosos Finos, the Habanos show a plethora of flavors and body while remaining balanced and enjoyable. I believe everyone knows that it is a brand that takes its name from the famous Simon Bolívar, and it is a brand that has been on the market since 1902. The brand was developed by José Fernández Rocha, but following his death in 1954 the brand was sold to the Cifuentes Family along with the brand, La Gloria Cubana.

Today I am going to be focusing on a Habano that is a classic example of the theory that Habanos improve with age. When these cigars are young they are no where near where they need to be, but with some years of aging they begin to open up and show the true qualities of the Bolívar brand. The Petit Corna has been on the market since before the Revolution and it is your classic Petit Coronas/Marevas and measures 129 mm (5.1″) with a 42 ring gauge. All tobacco in the Habano comes from the Vuelta Abajo region of Pinar del Rio and a majority of these Habanos are made in the El Rey del Mundo Factory in Habana. These particular petit coronas are from 2007 and are a little rough. They are definitely not the best batch I have received, but they have shown some classic Bolívar flavors. The wrapper has a coloring that is right around the Colorado Maduro coloring and it is smooth in texture. There are some minor veins here and there and it has an aroma of leather, rich earth, cocoa and some soft spices on the wrapper and foot. 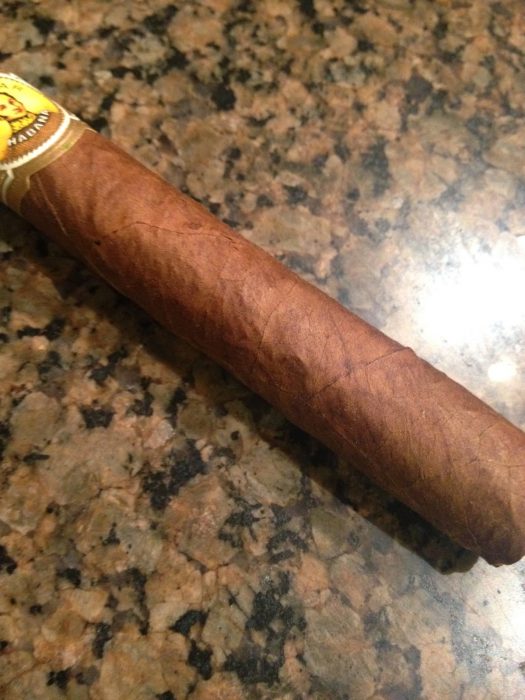 The cigar begins by showing some wonderful Bolívar flavors, but in a concentrated format. I am definitely picking up the nice use of Habano tobacco and with that those Bolívar flavors of leather, rich earth, cocoa and soft spices. There are some woody aspects to the Habano, but it is soft and subtle. There are some unique honey and hay qualities present as well and I remember when I first picked up a box of these and was disappointed. The years of aging have improved the smoke and I think that it has grown to be a true Bolívar. In terms of construction the Habano is smoking wonderfully and it is showing a razor sharp burn line with a nice dark gray ash that is holding on firmly. There is a lovely bit of smoke being produced as well and it is an enjoyable cigar. I would say that it is smoking around a medium level in terms of body and strength, but I remember when this Habano was younger and it was smoking at a medium full to full level.

I am in the second half of the Habano now and I am finding that it is becoming more and more earthy qualities. There are some noticeable rich earth and cocoa notes in this half and this is a great petit corona. I am picking up some leather and spice notes as well, but as I have already said this is a rich and earthy Habano. There are some soft honey and barnyard flavors present as well but overall they are nothing compared with the dominant and finishing flavor. The construction remains perfect through the second half of the Habano and it is smoking cool all the way to the end. The burn line is razor sharp and it is showing a lovely charcoal ash with a nice bit of smoke being produced. I would say that the strength finishes at a medium level in this half and the body has increased to a medium full level. For almost seven years of age, this smoke is a beast. 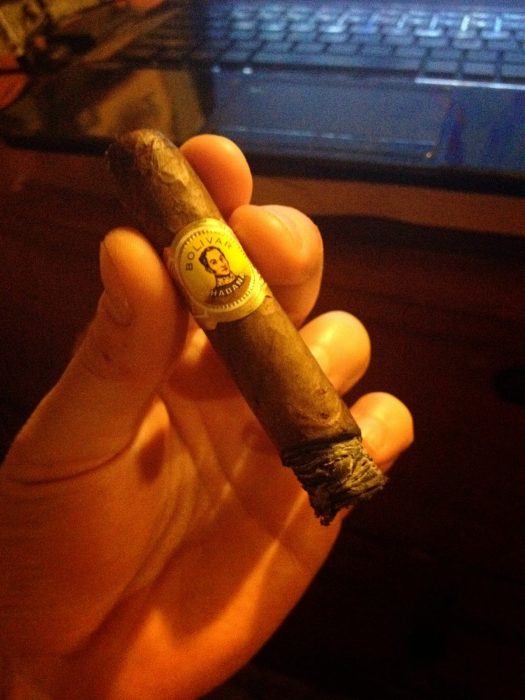 The Bolívar Petit Coronas is an enjoyable petit corona but is a Habano that needs to rest for many years before it reached the level at which it smokes wonderfully. These particular petit coronas have been aging for nearly seven years and I can tell you that they are now smoking at a level that is truly enjoyable. When you buy a box of these, and they are young, they need to go to the bottom of the humidor for a long time before they reach maturity. I think all of the vitolas in this brand do well with age, but the petit corona takes a long time before it is truly ready to smoke. I don’t look at it as the best vitola in the brand, or even the best petit corona, I think that goes out to Por Larrañaga or Punch, but I would say it is the top five of all petit coronas. These are Habanos that are priced terrifically and because of that it is easy to pick up a couple boxes to smoke. Try and pick up an aged box, or ages as much as possible and be patient with them. You will want to smoke your way through a handful of them because they are affordable, but know they need time to do well. I am giving this Habano between an 88 and 90. 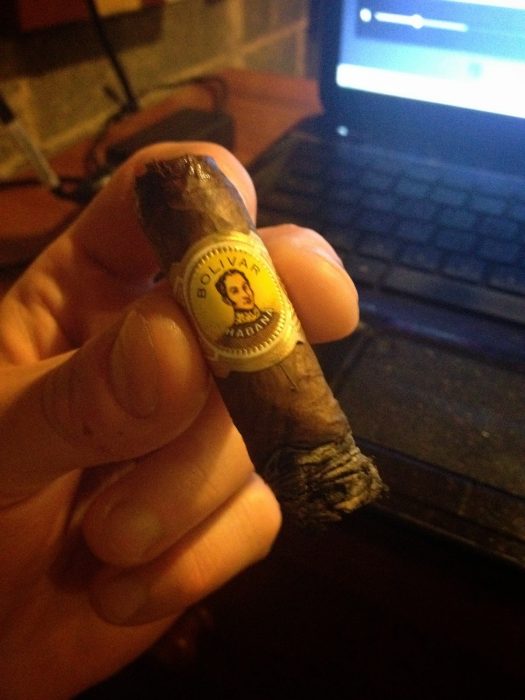 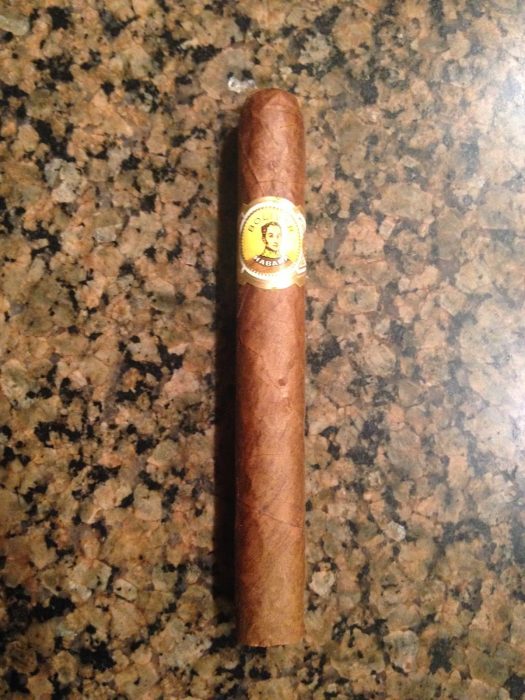