Last week, old Tuna called the Bolivar Royal Corona the best Cuban Robusto and had a raving review of the cigar. Personally, I have never been a fan of the vitola in the Bolivar marca as the Belicosos Finos has always been my preference. However, the Royal Corona is one of those Habanos that has a cult following. My memory of the last time I smoked it was I found it a little harsh or my palate, so I was interested to revisit for review as I have only had a few. A good friend from Cigar Federation sent me one recently in a little porch explosion, and after a few week of rest and a rave review from Tuna, I figured now was the time. 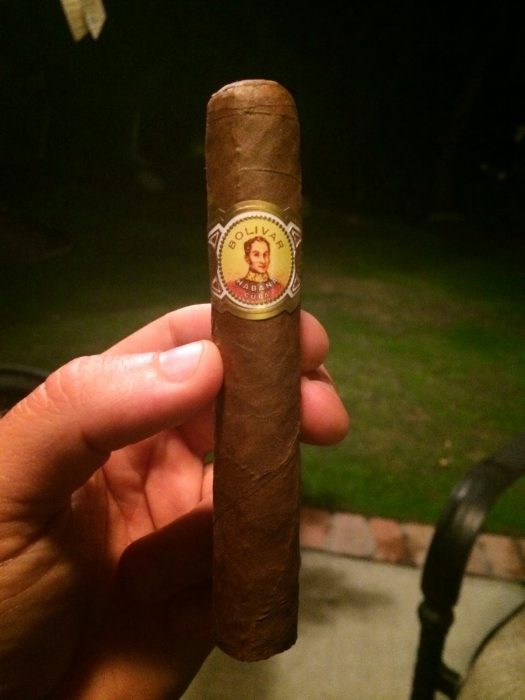 First Third: Van Morrison would be proud of the initial third, as the flavor on the draw of the Royal Corona provided the tupelo honey sweet and defined for the palate.  Pepper hit my nose, and left a bit of a harsh cedar finish back of mouth.  It was rather strong up front in retrospect, but never overpowering, and given the youth is to be expected.  Roasted nuts arrived as well, along with some cocoa, and a heavy finish of tea, which lingered post exhale.  Overall, the beginning was medium to full for a Cuban. 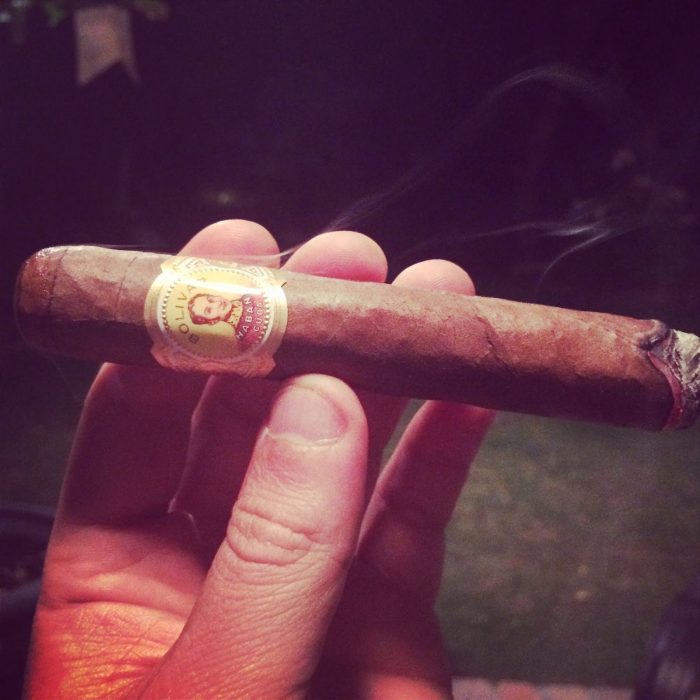 Second Third: The cocoa flavors moved into a milk chocolate format, and truly took over the middle of the cigar.  There was still a tad bit of dryness, something a pair might have covered a bit.  The tea notes moved to the retro, which still had the mild pepper notes.  As the third progressed, the tea flavor took over from the chocolate, and the honey flavors still danced in the background. 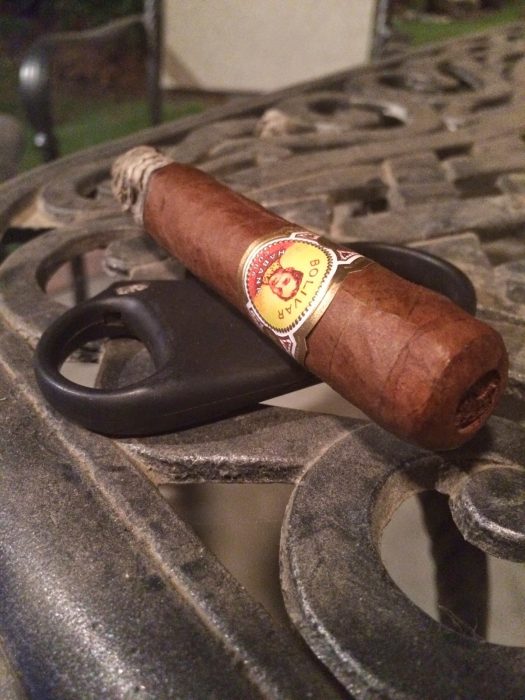 Final Third: The profile moved into the medium-mild range at this point, which was much more to my taste.  I could see where the Royal Corona would age well by now, and given Tuna’s sample was from 2008, I am curious now to try and aged example.  The finish was very long at this point, with the cocoa and tea notes playing tennis on the palate.  A burnt caramel note developed, and the pepper notes began to move to a green pepper flavor.  The final third was insane really, as the new flavors combined with the flavors from the first two thirds and began to confuse my notepad.  The draw intake had the caramel and cocoa flavors, while the retro had the green pepper, tea, and cedar notes.  The finish would then make a distinct change long after the exhale with the honey and tea notes coming out to play. 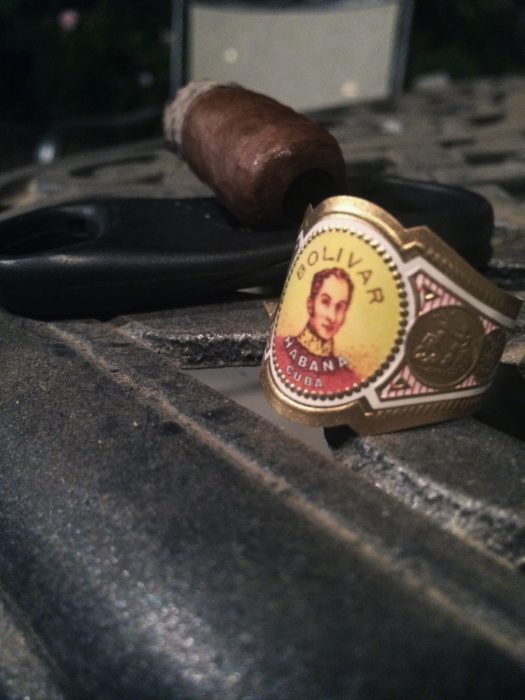 Final Thoughts: I still think I would lean to the Belicosos Finos for a box buy first, as for me I my Bolivar fix there and from the smaller rings gauges.  I find it hard to crown this the best robusto, as there are so many excellent offerings in this vitola out there.  However, I would not hesitate to add a box of these to my collection, as the aging potential is there, and the final third was nothing short of fantastic.  It may be a changeup for my palate, but the Royal Corona would easily be an after dinner cigar for me to pair with rye or scotch.