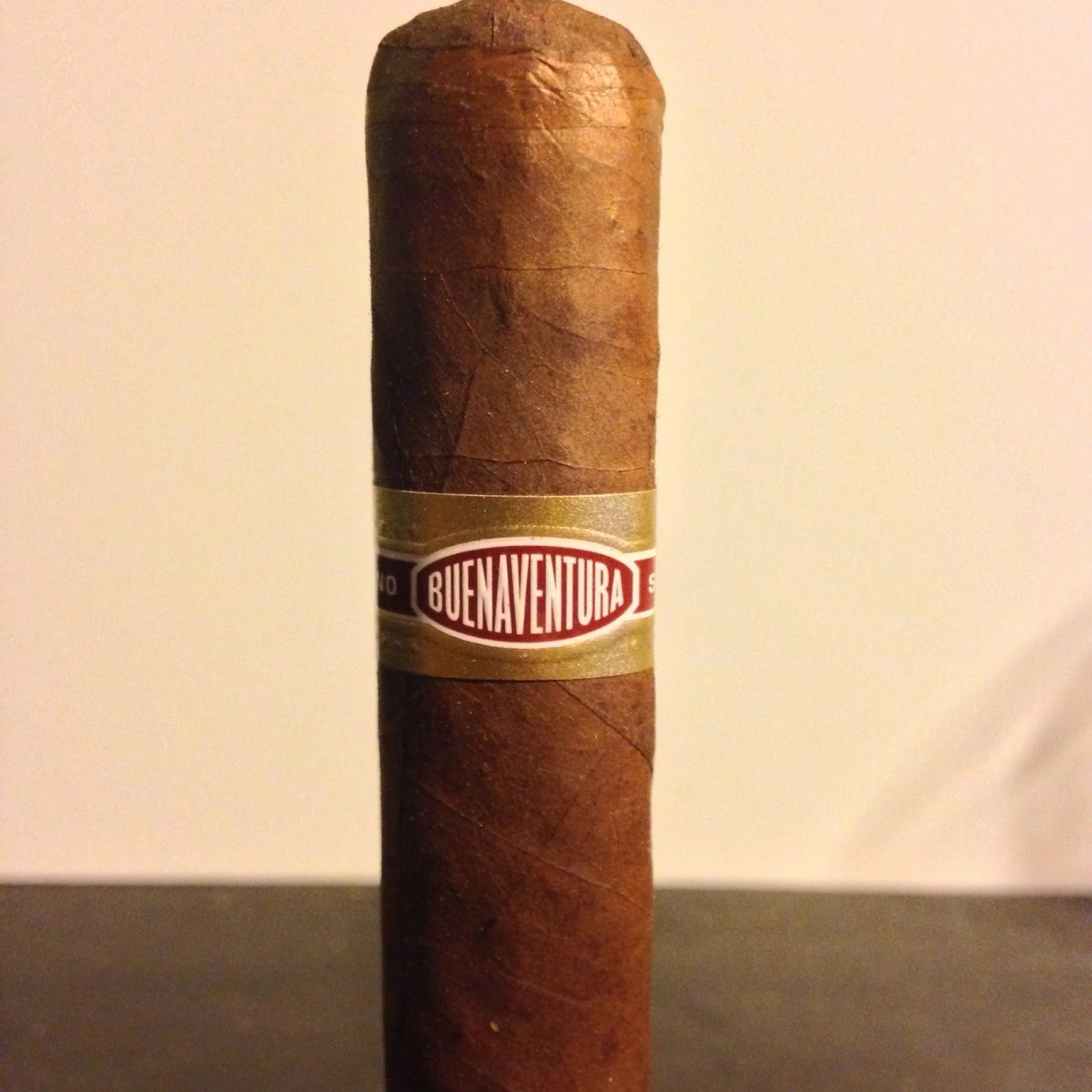 Curivari is one of those low-key brands in Nicaragua that is truly boutique. The people who know of them really dig their cigars, but those who don’t have no idea. I would not say they are difficult to get, I have never had any troubles in finding them, but they are sometimes difficult in finding them in stock, as the supply they offer is not that great. With that being said, in 2013, Curivari ended up on the Cigar Aficionado Top 25 list with one of their lines, Buenaventura, and with that placement a lot of big things happened to the company. Before then, most cigar smokers did not know who they were, but after the rating, they were definitely interested. Today I look at the Buenaventura, and see how it smokes. Does it live up to the #7 rating of 2013? We shall see.
Measuring 5 1/4″ with a 50 ring gauge, the BV500 is a Nicaraguan puro and the smallest offering in the line. The cigars are made in Nicaragua, and the actual regions of the tobacco used in the blends are not disclosed. It comes with a very old-school band, and all aspects of the cigar are traditional and not modern in any ways. They definitely go for that Cuban style, and are successful in coming off like that. With a lovely press, the cigar has a nice chocolate colored wrapper that has a few veins present throughout. There is a slight firmness present through out the cigar and it has a nice slightly gritty texture to the wrapper that has some silky qualities present as well. The foot has a nice aroma of tobacco, dry earth, floral, and mineral notes, and the wrapper is giving off some aromas of leather and wood that are complimentary to the foot. 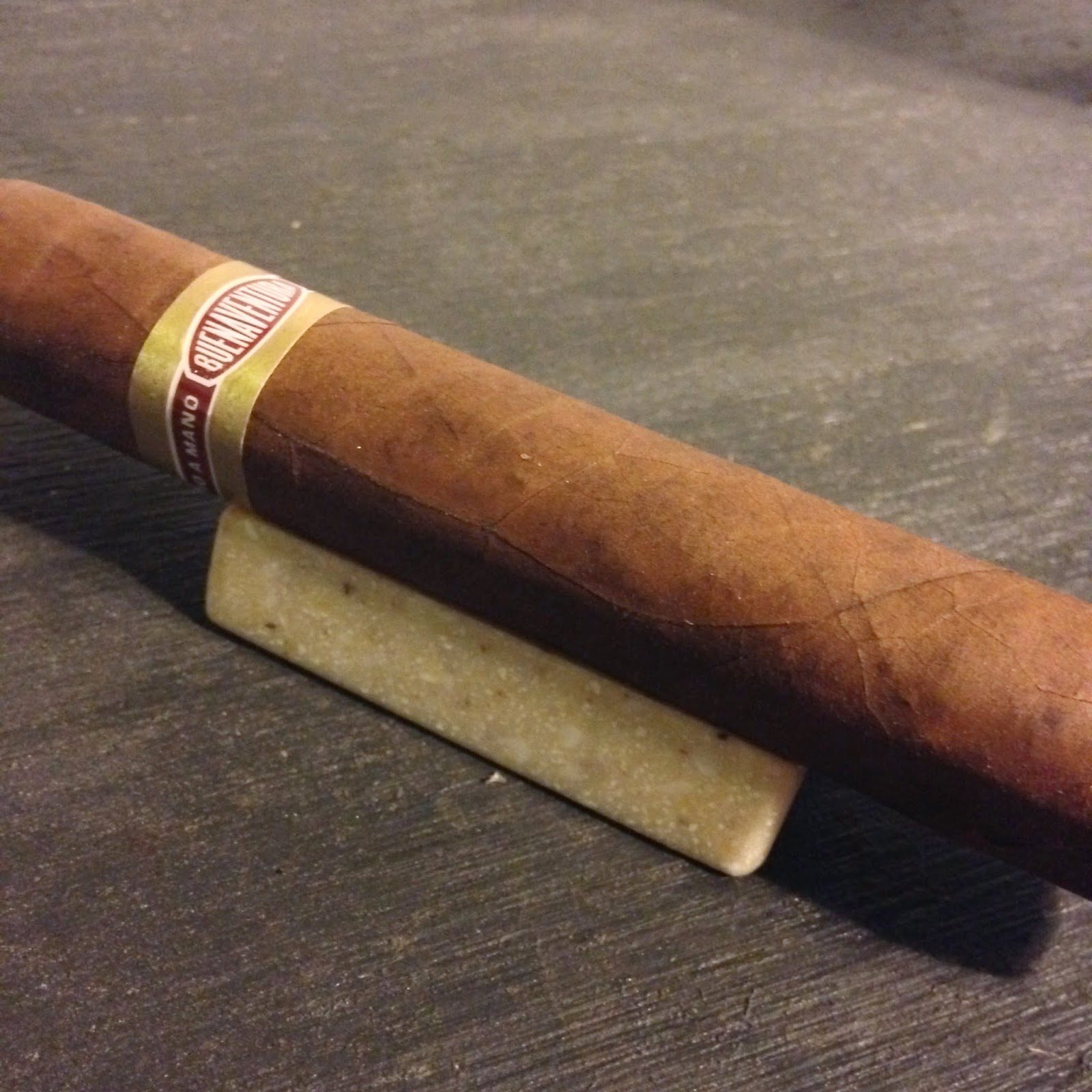 The cigar opens up by showing some awesome creamy aspects and it is paired with these nutty and toasty flavors as well. I am picking up some faint salty peanut qualities, and it has a nice bit of dry wheat toast with that. There are touches of earth present as well, and it is showing a nice soft spice kick on the finish that is paired with those Nicaraguan tobacco flavors. The construction is solid thus far, and it is producing an even burn line with a nice light charcoal ash on the end. The ash is holding on firmly, and there is a cool draw. The smoke production is at the perfect amount, and this is truly an enjoyable and relaxing cigar. I would classify it as being medium in strength thus far, and the same goes for the body. So far, a nice beginning and I look forward to seeing where the cigar goes as I moved into the second third. 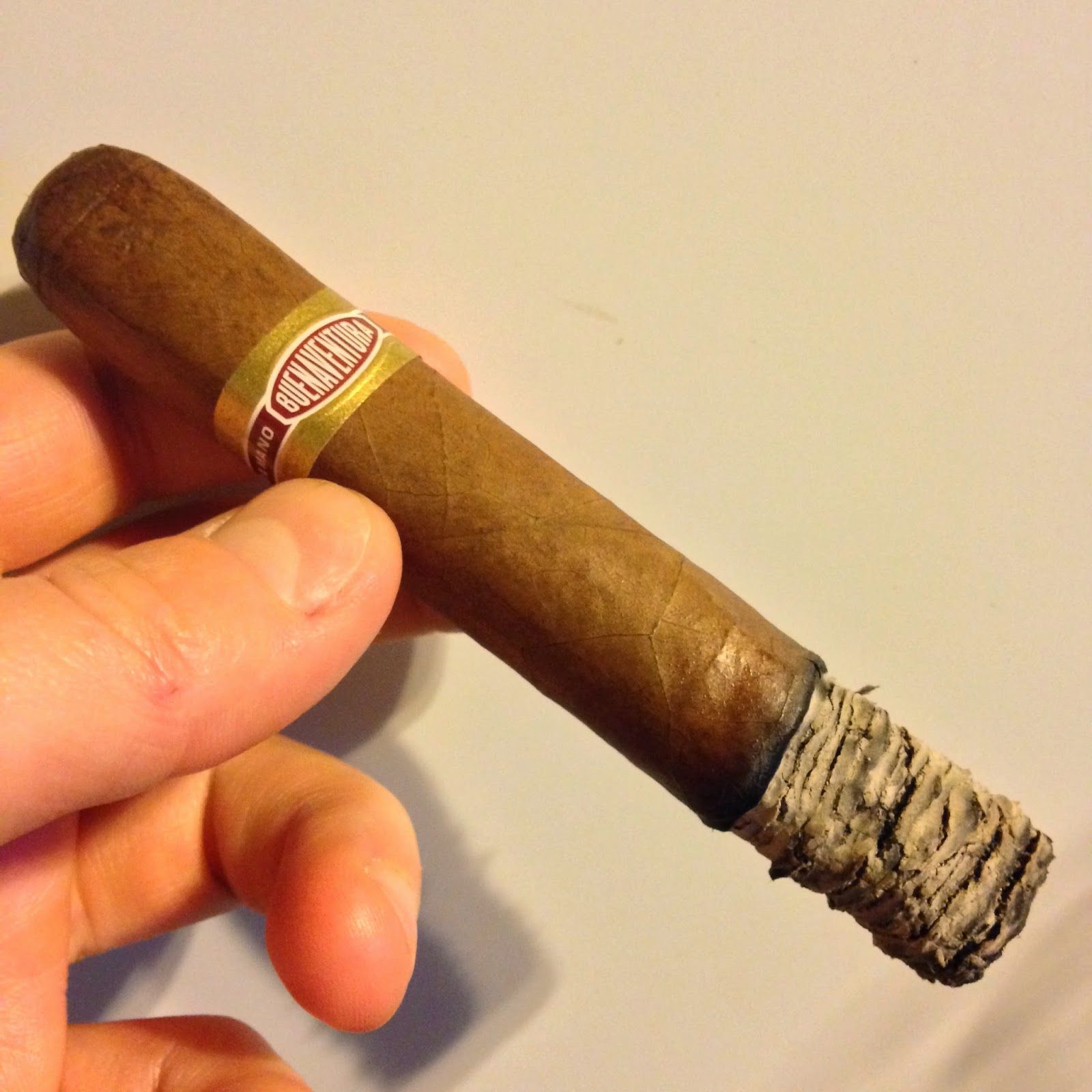 When I get into the second third of the cigar, I find that the spice notes take a rise and it is showing more pepper notes. It still has those nutty and earthy qualities present, but they are not as dominant as they once were. I am picking up some nice toast and dry earth flavors as well on the finish, and this is a solid smoke that is a great Nicaraguan puro. The construction remains top notch throughout the entire third and it is showing an even burn line with that lovely charcoal ash on the end. The ash is holding on firmly and there is a nice bit of smoke being produced with each draw. This is an easy cigar to sit back and relax with, and that is due to the flavors and the medium body and strength level that is present with that. So far, a solid second third and I look forward to seeing where the cigar takes me in the final third. 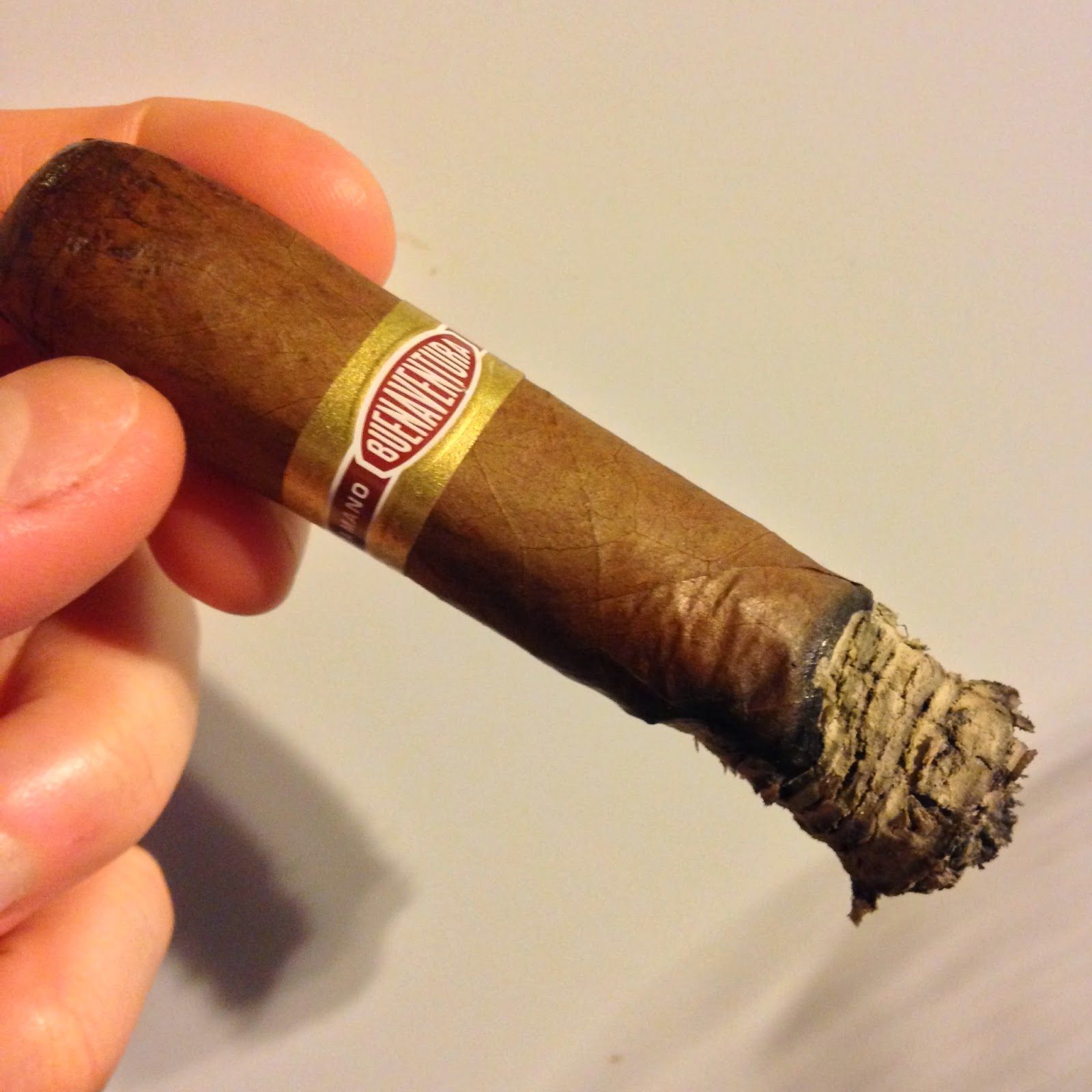 I am in the final third of the cigar now and it is finishing in a great way. There is a lot of creamy flavors present. and they are accompanied by some soft coffee bean and earthy qualities. I am picking up some tobacco notes with that, and it has a nice nutty finish with no spices present. It smokes cool to the end, and never loses those solid flavors with that. In some ways the finish is less than where it was at the beginning, but it is also a nice way for a cigar to finish. The construction remains perfect throughout the final third and it is showing an even burn line with a solid charcoal ash on the end. The ash is firm on the end, and with each draw is a nice bit of smoke. I smoke the cigar down to the nub, and it finishes perfectly, smoking cool and focusing on the flavors. I would classify the cigar as being medium overall, and it is a cigar I could have in the morning, afternoon, and evening. 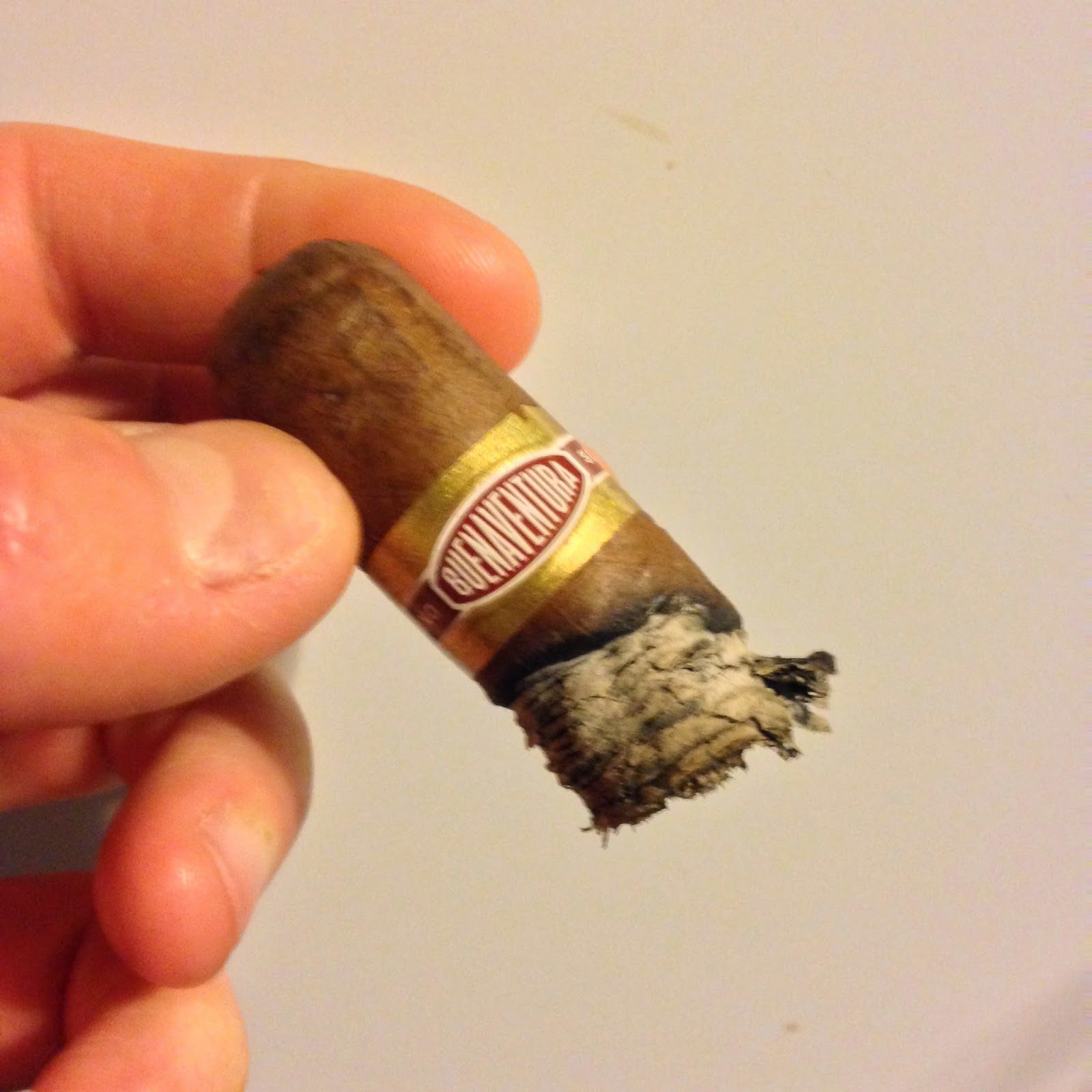 The Buenaventura is a price friendly line, and since it was introduced to the market in 2012, it has done well. It received a lot of praise from Cigar Aficionado in 2013, and I believe that has really helped in putting the brand on the map with a lot of smokers. Overall the cigar is fairly simple in terms of flavors and so forth, but at the same time it is great in being consistent and a reliable cigar. With the price that these come at, they are easy to make as daily cigars, the only problem being that the production of the cigars from Curivari does not meet with the demand of the market. The construction was solid from beginning to end and with that was a nice medium body and strength experience. I could smoke these all times of day, and I could work through a box pretty quickly. I am giving the cigar an 87 rating, and would recommend the smoke to many. 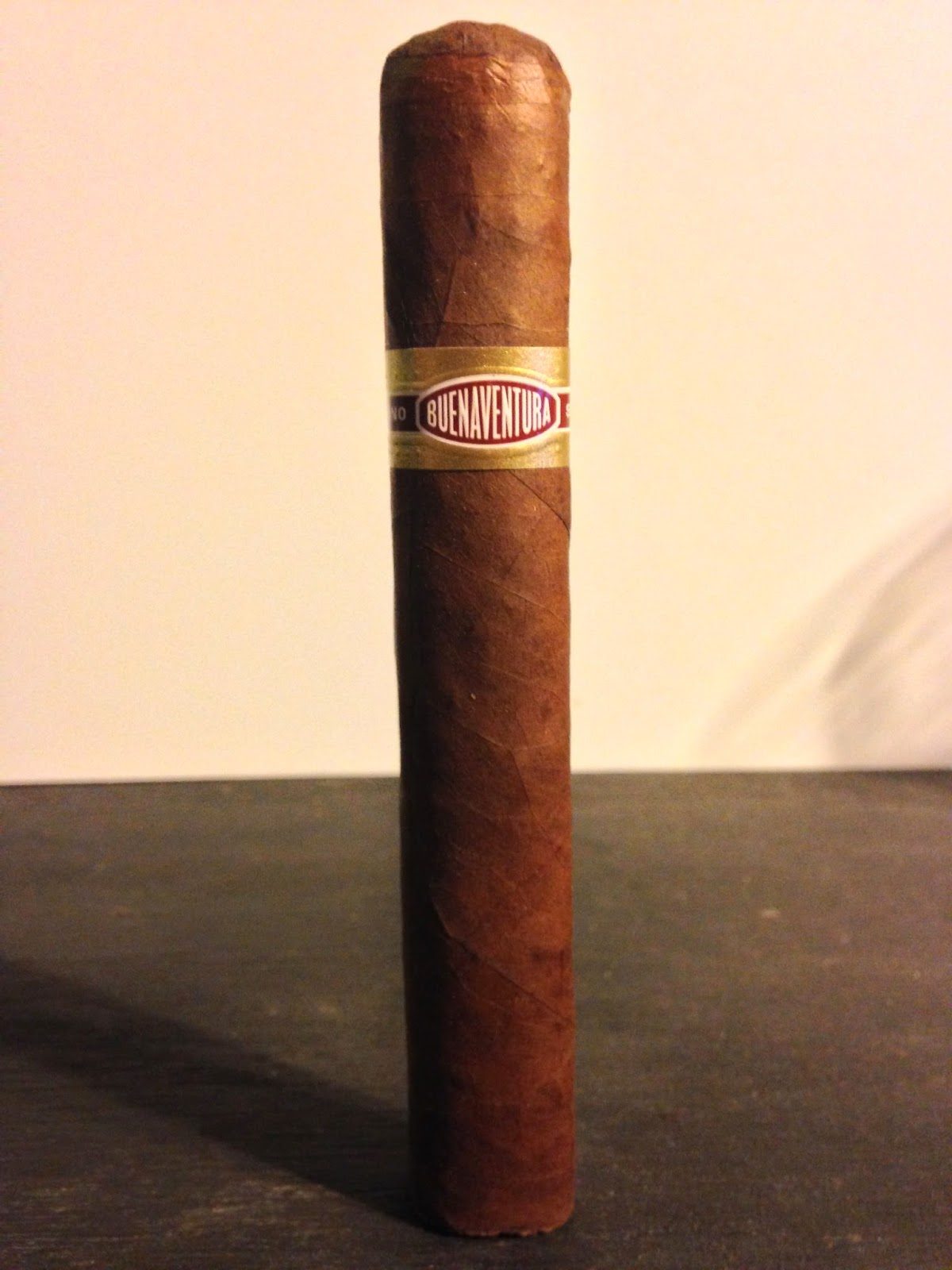