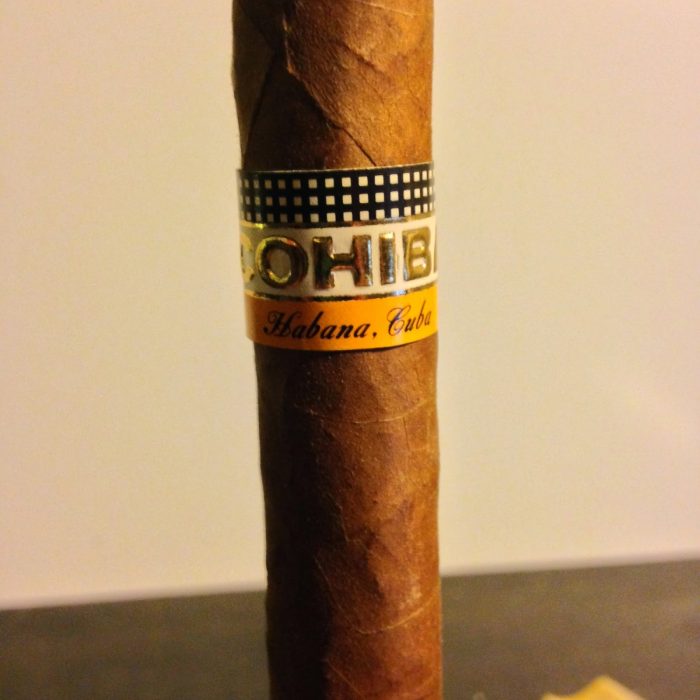 In 1992, Habanos S.A. celebrated 500 years since the arrival of Christopher Columbus in Cuba, and with that celebration, they released the Linea 1492 Series. The Habanos would not actually be released to the market until 1994, but for those 500 years, they had five releases in place. They ranged from Siglo 1 to Siglo V, and they were releases the increased in length as they increased in numbers. They added a sixth, and the most well known of the Siglos in 2002, the Siglo VI, and what makes it odd was that they broke away from the tradition of having a release for every hundred years. The next release due would technically be in 2092, and if that happened I would be thoroughly impressed. We’d all be dead by then, but you never know. Anyways, we have covered the Siglo IV and Siglo VI, and today I cover a Siglo V. What makes this review great though is that it is not a recently released Siglo, bearing the new band, but rather a 10 year smoke from 2005.
Classified as a Lonsdale, the Siglo V measures 170 mm (6.7″) with a 43 ring gauge. The Habano is made at the El Laguito Factory, and it is composed of the best tobacco from Vuelta Abajo, with the filler tobacco receiving additional fermentation time. The Habano has been on the market for 12 years, and was one of the initial Linea 1492 releases. The Dalias is a terrific vitola, and this ten year of Habano has got some great characteristics. It is slightly rough in texture, showing some gritty qualities, and it has some noticeable veins present throughout. There is a tight triple cap present to the Habano, and it has a nice firmness throughout. The coloring is that of a solid Colorado, and it has a great Cohiba coloring. There is an aroma of spices, hay, tobacco, and cedar on the wrapper, and the foot is showing some similar notes with some fruity and earthy qualities. 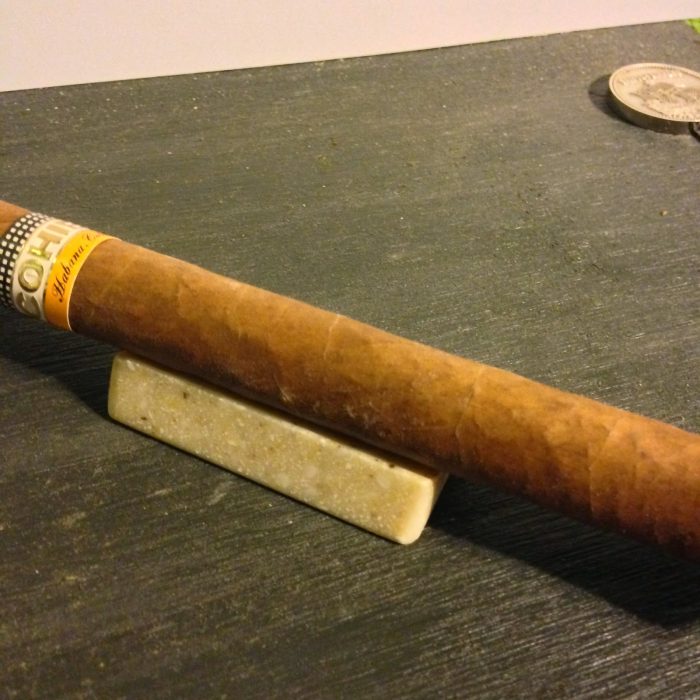 The first third opens up by showing some wonderfully aged flavors, and the Cohiba still has it for the age. I am getting some great dark chocolate flavors, and it is paired with a nice lemongrass, cream, and coffee flavor profile. There are some sweet spices present also, and it is showing some pepper qualities on top of that. There is a finish of cedar, and it has a long finish that is fantastic. I would classify the Habano as being medium-full in body, and the strength is at a medium level. Everything is working together perfectly, and I am loving this ten year of Siglo V. The construction is fantastic as well and it is showing an even burn line with a nice dark charcoal ash on the end. The ash is holding on firmly, and the ash is holding on well at the end. There is a cool draw to the Habano, and the finish is quite long. 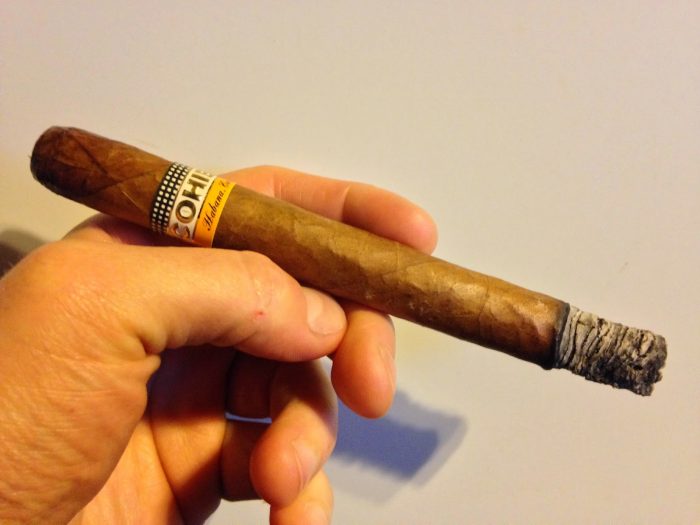 I am in the second third of the cigar now, and all I can say is wow! The creaminess is hitting strong, and it is paired with that sweet dark chocolate and coffee flavor profile on top of that. There is a nice lemongrass flavor present as well, and it has a cedar finish which is terrific. I am not getting as many spice notes in this third, much softer in that sense, and the pepper flavors have come down as well. The construction continues to be top notch in this third and it is showing that even burn line with a nice firm charcoal ash on the end. There is a cool draw, and with the draw is a great bit of smoke. I would classify the cigar as being medium overall for strength and body, and this is simply a fantastic smoke. It has been showing some transitioning, and it has been complex overall throughout. Aging has done wonders to this blend. 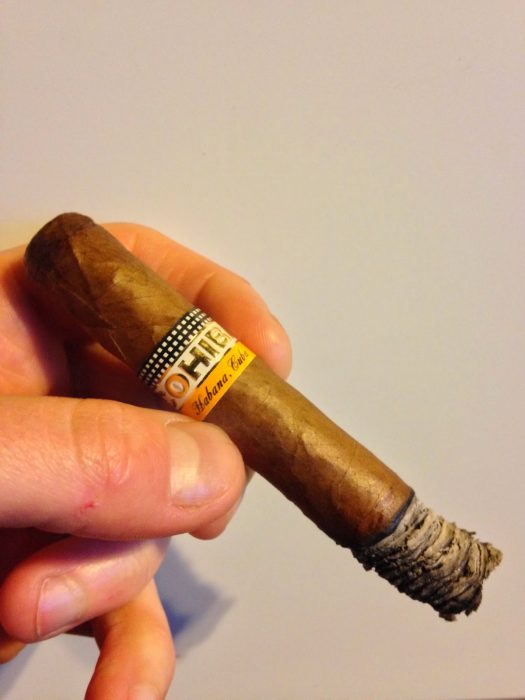 When I get into the final third of the cigar I find that there is some more transitioning overall, and it giving off some terrific flavors. There is a nice coffee and lemongrass flavor, and it is showing those dark chocolate and cream notes as well. It has touches of cedar and tobacco on the finish, and it is wonderful flavor profile that is smooth to the end. The cigar smokes cool and it is delivering all of those great flavors that I love in an aged Cohiba. It is producing an even burn line throughout the entire final third, and it has that nice charcoal ash holding firmly on the end. I am getting a nice bit of smoke with each draw, and I would say that the cigar is smoking at a solid medium level in terms of body and strength on the end. I smoke the Habano down to the nub, and it finishes showing everything that is great in the Cohiba name. 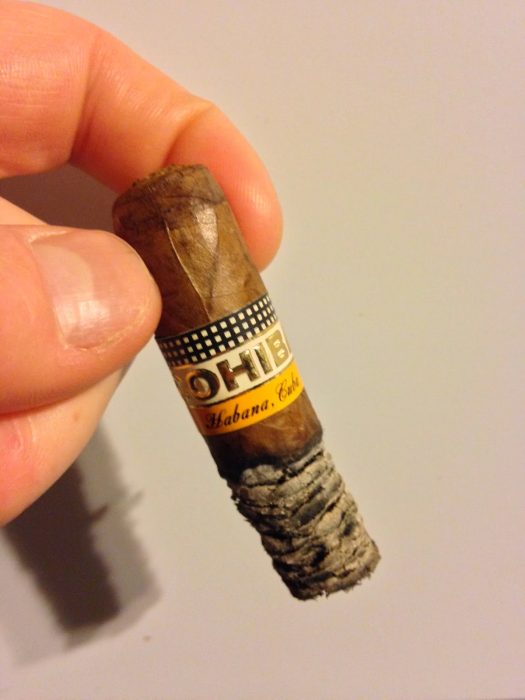 I love the Linea 1492 line, and feel that it is more my pace than the Linea Clasica releases. I feel there is a little bit more balance with these releases, and the flavors are better overall. They are definitely softer in terms of strength and body as well, and I am sure that played a factor as well. The line has some amazing releases, like the Siglo VI and Siglo IV, and the Siglo V is a solid one as well. I am a fan of the Dalias vitola, I love it in the Partagas 8-9-8 release, and think that it does just as well with the Siglo V. This Habano has aged wonderfully, and it is showing some incredible flavors with some great strength and body as well. It is a solid medium body smoke that is full flavored, and delivering nice creamy, lemongrass, and chocolate notes. I would smoke this vitola quite frequently, and more often than the Siglo VI, which I love, because of the size. I am not sure how these were when they were young, probably fairly strong, but they are amazing right now. I am giving this an easy 94-96 rating. 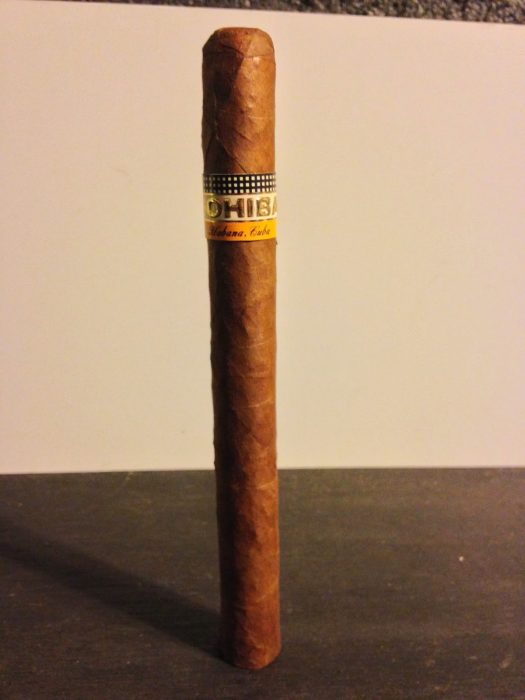