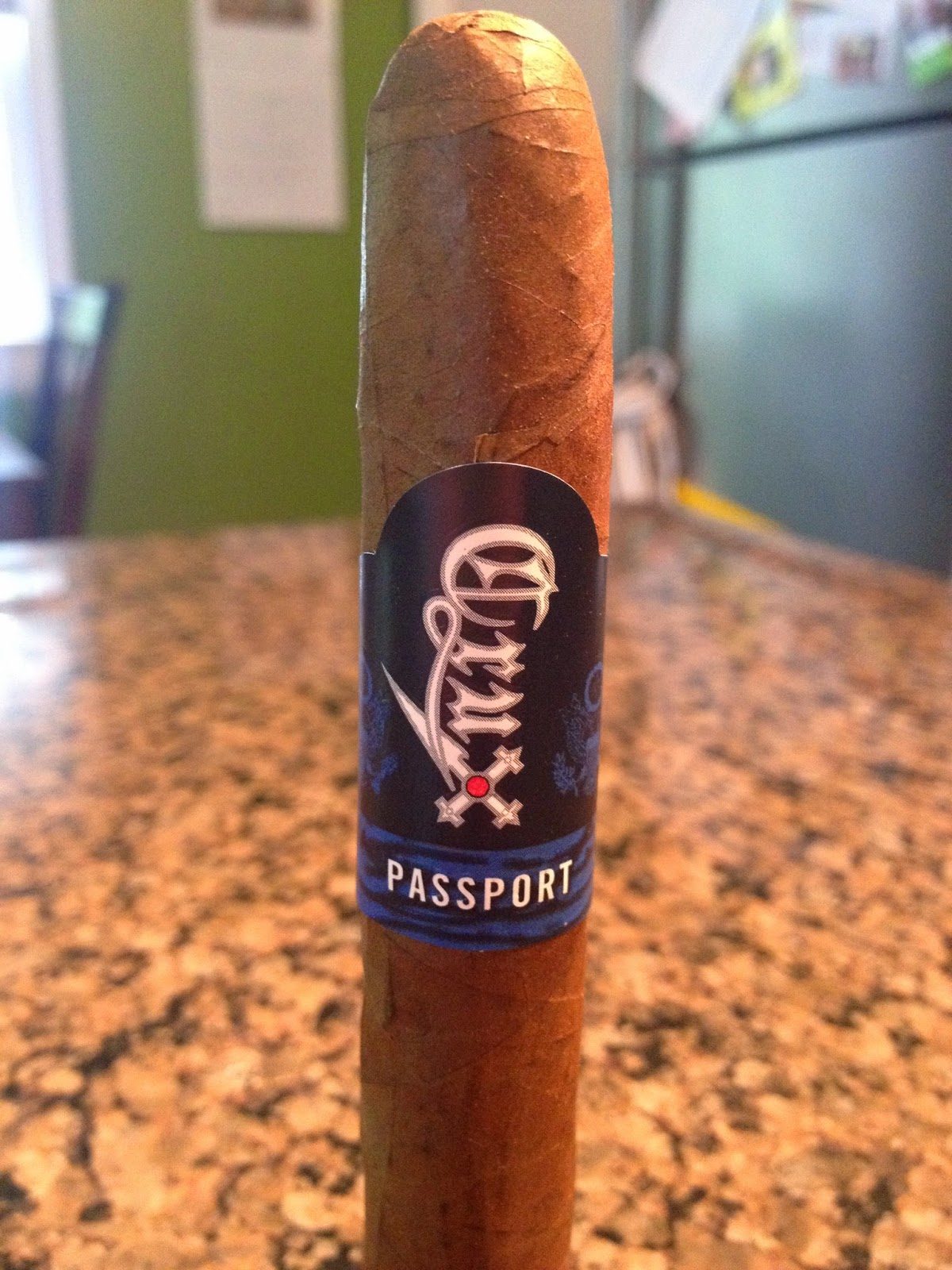 If you go back to 1995, the Habanos Partagas, in celebrating it’s 150 years, released three vitolas for their anniversary. One of these was a new vitola that was titled the 109. What made the cigar so unique was the head that was applied to finish the cigar. It was not your standard parejo, but at the same time was not your standard figurado. It was a round cap that tapered off, but it was done very gradually. It was and is a size that is difficult to produce, and there are few cases where Habanos has used it, almost as few cases where non-Cuban manufacturers apply it as well. There has been some resurrection of the style, mostly from last year, and we have seen it with companies like Tatuaje, Illusione and Ezra Zion. Today though, we look at the newest offering of the 109, and it is from a new company that is really taking on the size and applying it to several smokes. That company is Crux Cigars, and their first cigar to be released with the unique 109 finish is the Passport No. 4.

Made in Esteli, Nicaragua at the booming Plasencia Factory, Plasencia Cigars S.A., the Passport No. 4 is one of the newest vitolas to be added to the line and will be features at the IPCPR later this week and the beginning of next week. It is a unique figurado that has a 109 style cap and measures 4 7/8″ with a 47 ring gauge. The wrapper on the cigar is from Jalapa, Nicaragua, binder as well, and the filler is a blend of tobacco from Esteli, Nicaragua and the well known Jamastran Valley of Honduras. The No. 4 has a beautiful finish and a wrapper that is placed perfectly on the cigar. There are some minor veins present throughout the wrapper, but it  is applied seamlessly and is smooth and slightly oily in texture. The coloring on the stick is that of a dark Natural, and while it has some Colorado qualities, it is mostly Natural in coloring. The aroma of the wrapper is that of leather, herbs, spices and cocoa, and on the foot it is showing some earthy and cocoa qualities there. 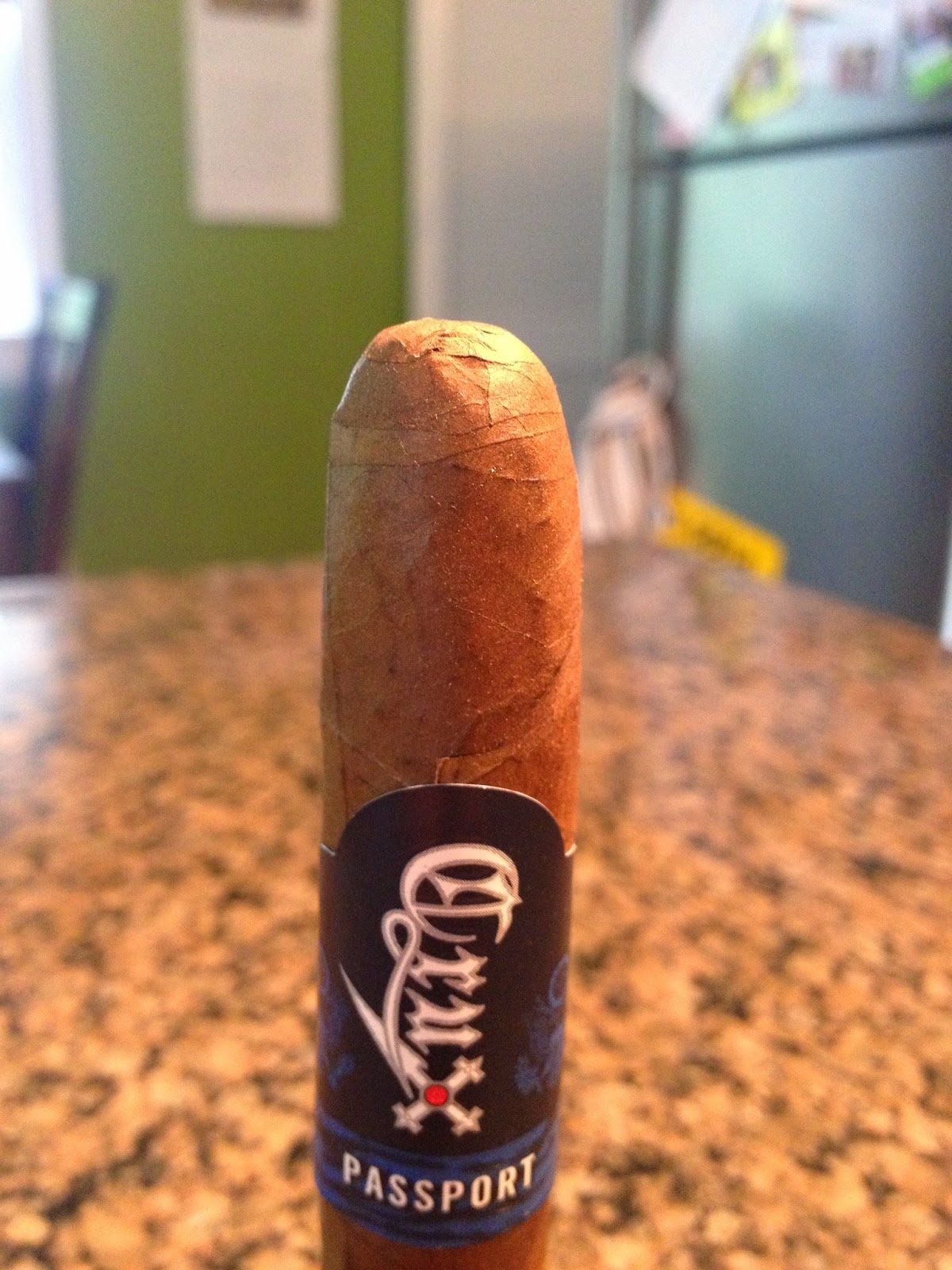 Lighting up the cigar it begins by showing some nice herbal and leather qualities, and it is a dryer cigar in that sense. There are some cinnamon, sugar and toast qualities also that I begin to pick up, and it really balanced out the flavors. It eventually begins to show some cocoa flavors alongside that and it makes the cigar even more complex and enjoyable. I would say it is still on the dryer side of things, but you can taste that tobacco from Esteli and Jamastan in the filler. Strength wise, this cigar is at a solid medium level and I would say the body is right at a medium to medium full level. It is not overpowering, just perfect if you ask me, and it is a smoke I could have in the morning, afternoon or evening. The construction is dead on with the cigar and it is producing a nice solid burn line with a dark charcoal ash on the end. The draw is cool and producing a nice bit of smoke, and it is a great start to the cigar. 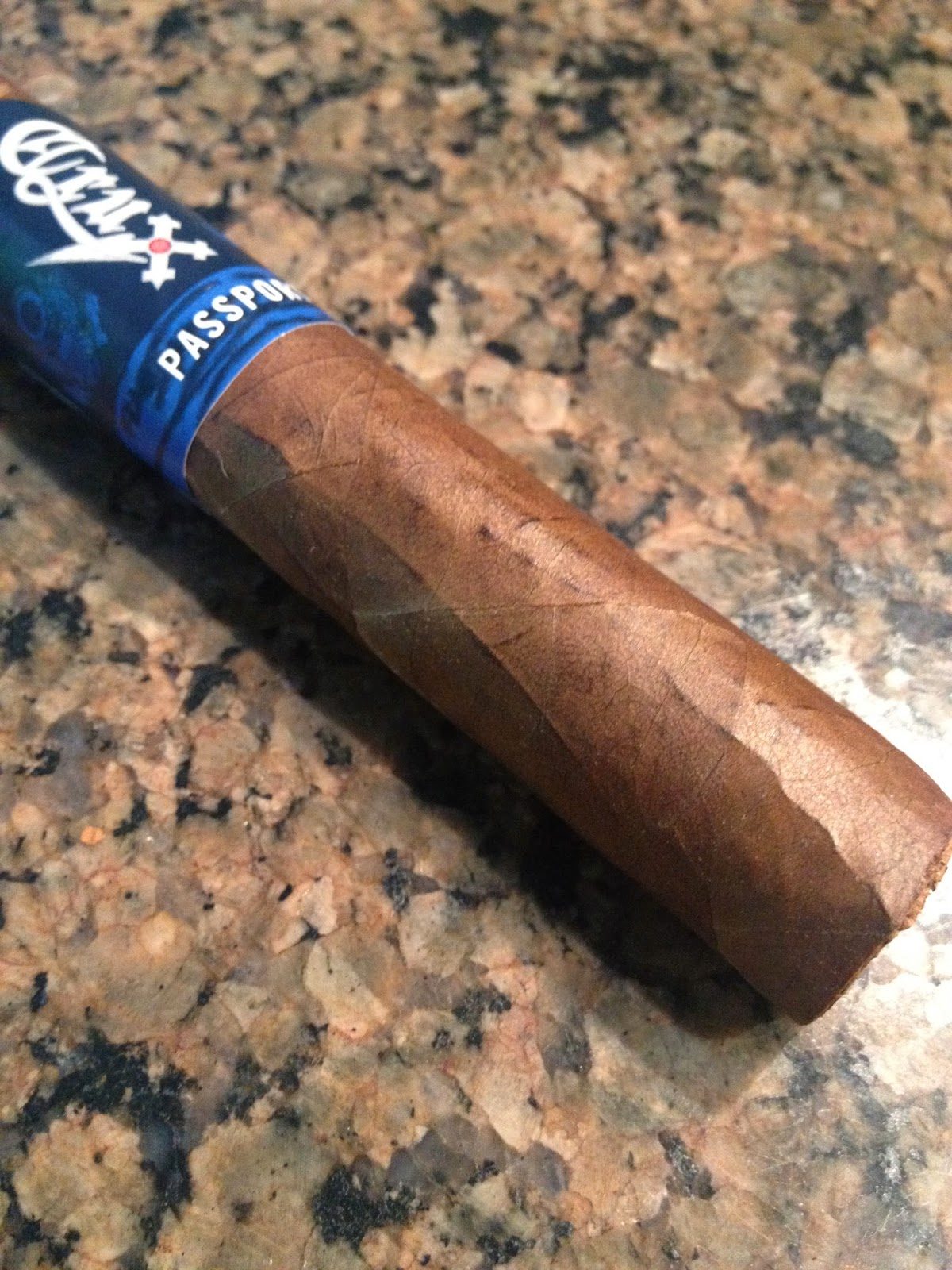 I am in the second third of the cigar now and it is continuing to deliver those flavors from the first. I am picking up some nice herbal and leather qualities on the forefront, but it is followed immediately followed by those cinnamon, sugar and toast notes. You can say it is a cinnamon toast flavor, but it is not as sweet and showing more toast and cinnamon notes. The coffee notes are much softer in this third as well, but they are still present on the finish. The construction remains top notch in this third and it shows an even burn line with a firm charcoal ash on the end. The draw is cool, producing a nice bit of smoke, and it is a cigar that you can relax with and not stress out over with touching up and relighting. In terms of strength, the cigar is still smoking at that medium level and body is still at that medium full level as well. So far, I am really digging this cigar. 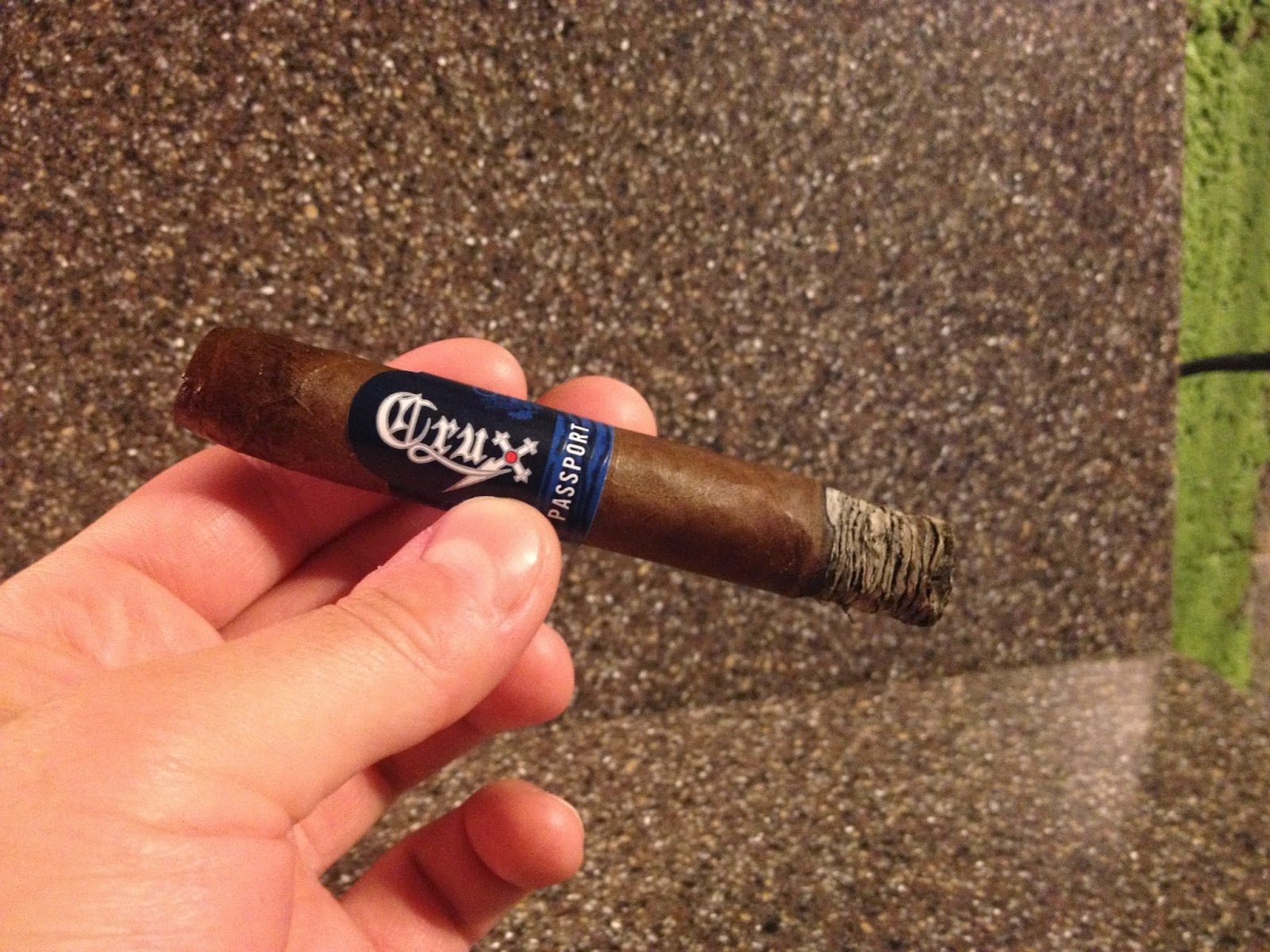 The final third shows a lot of growth as a cigar, especially from the beginning, and it is in this third that the spice notes really begin to make a presence. I am picking up some pepper notes here and there, and it has a nice leather flavor that is accompanied by some wood and herbal qualities. The sweet cocoa flavors are not as present, and it finishes on the stronger side of things which makes for a great finish. The construction continues to perform at a top notch level in this third and it has an even burn line and a firm charcoal ash on the end. The draw is cool to the tapered nub and it has a nice finish. The body continues to smoke at that medium full level, which it has from the beginning, but the strength is now at that medium full level making it very balanced in that sense and fuller. Overall, a nice finish to the cigar and it makes me want to light up another. 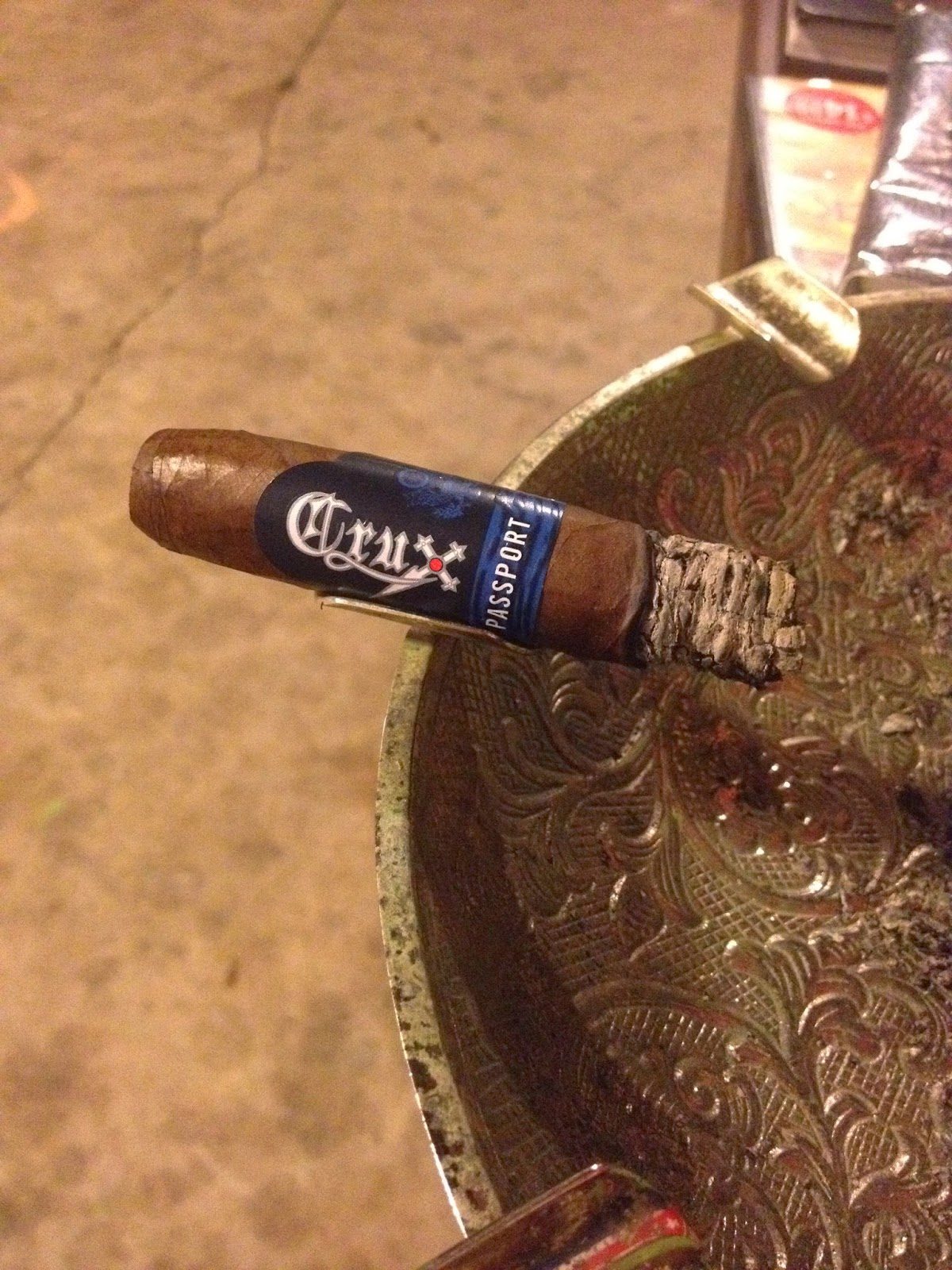 I have smoked three of these No. 4s and I can tell you with confidence that this is a solid cigar. Every 109 out there is a big cigar, they have been based off of the original for the most part, but it is terrific to see that finish being used in this smaller offering. The size itself is perfect and it offers the smoker with a cigar that is a good size, a little bit smaller than a robusto, but not too small to scare away those guys who want bigger cigars. One other cool deal about the cigar is that they refer to their 109s as Marbleheads. Just a name change like that grabs attention and makes smokers remember which is brilliant. The flavors being delivered are really enjoyable and the construction is nothing but stellar. With the body and strength of the cigar, this is a cigar that I could have at any time and it would never be too much. The more Passports I smoke, the more I enjoy them and it is a terrific core line offering from Crux Cigars. I have said from the beginning that this is a company that people should pay attention to, and the reason for that is because of their creativity. They are making cigars in formats that have not been around in the United States regularly or at a level that is easy to get your hands on. It is a shame I will not be at this year’s IPCPR, I would have loved to talk with them at the booth and have some personal conversations, but they have been great to work with digitally. I am giving this cigar a 92 rating and look forward to future lines from the company. 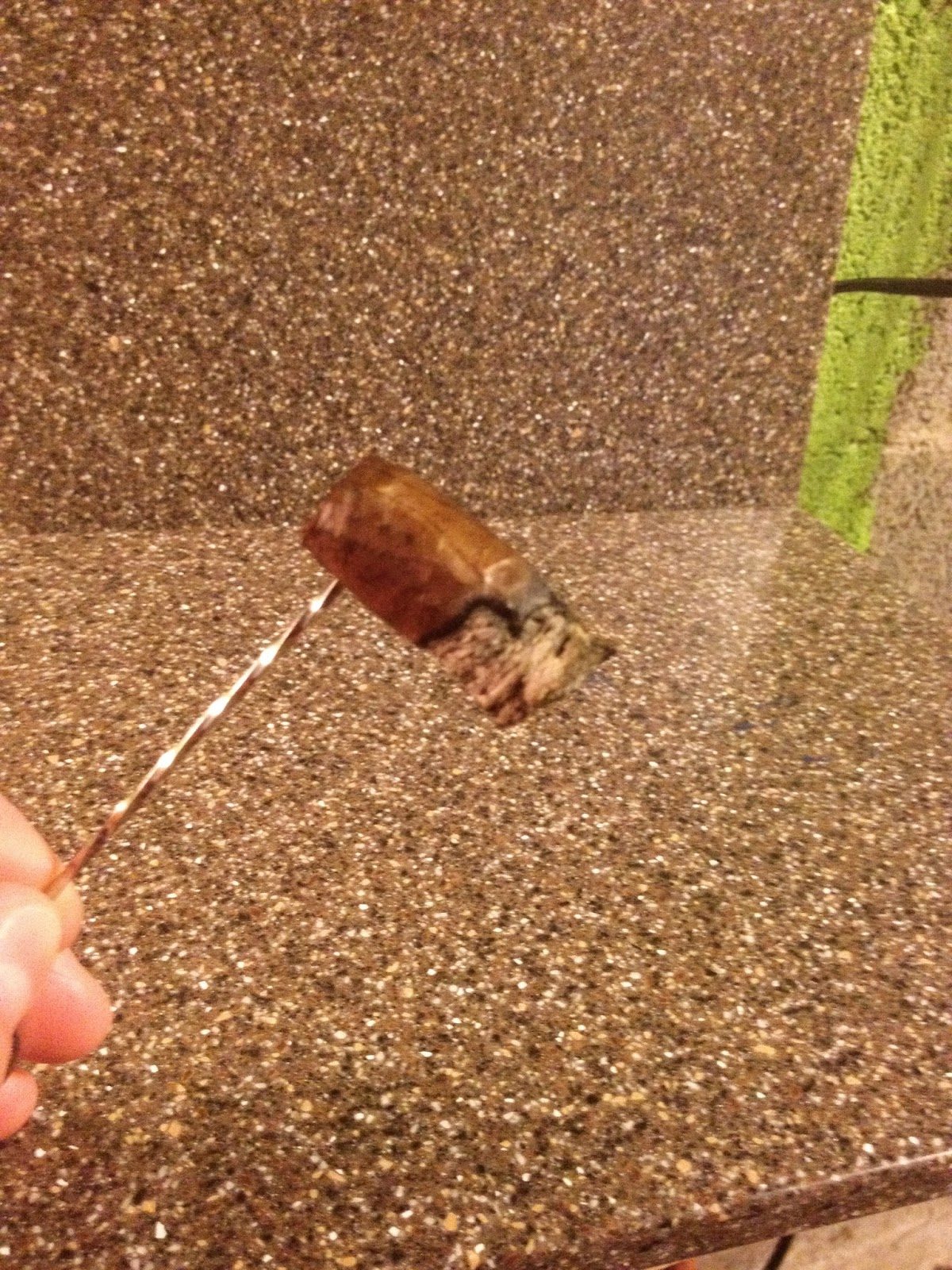 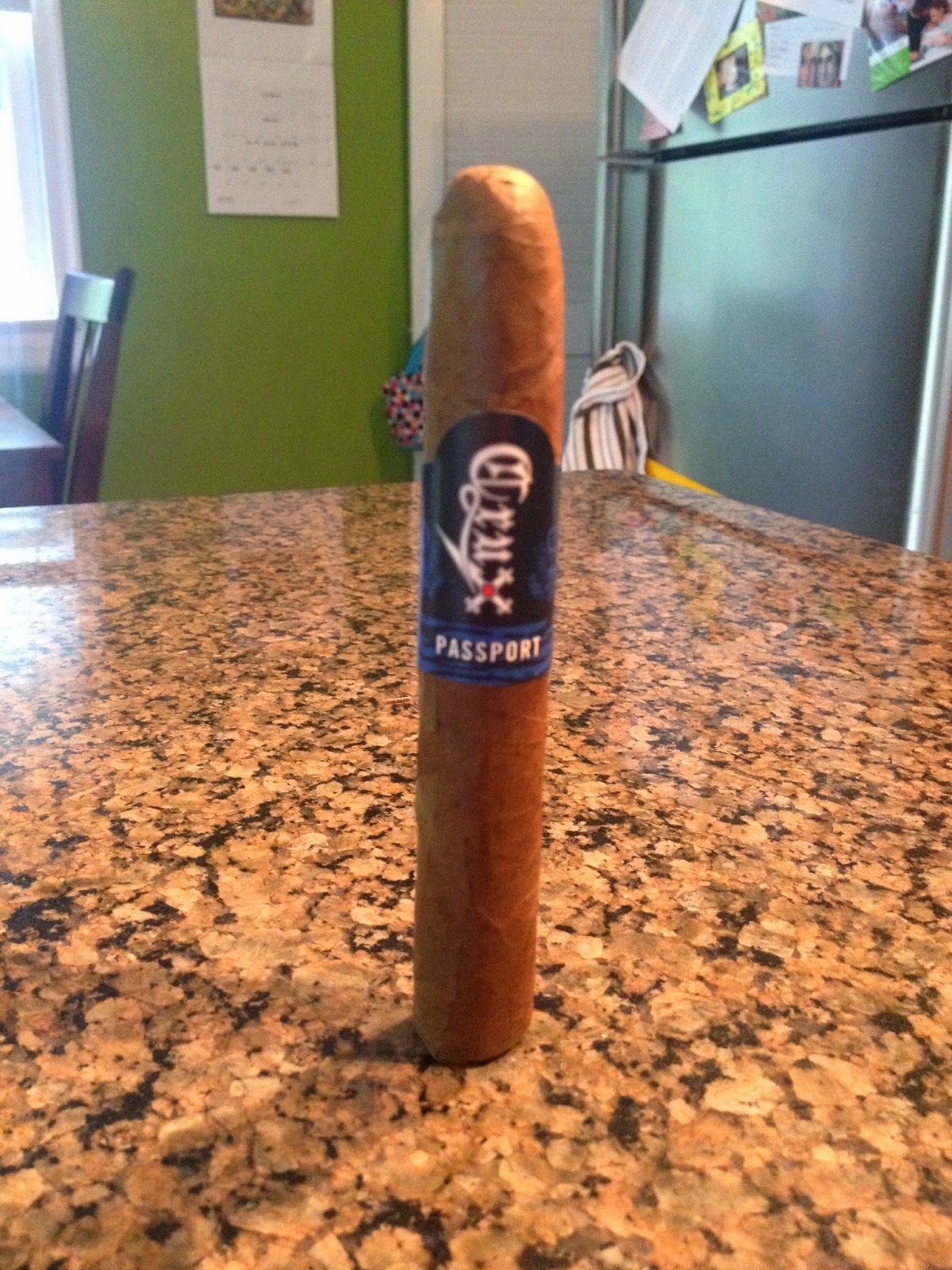 *cigars for this assessment were provided to me by Crux Cigars