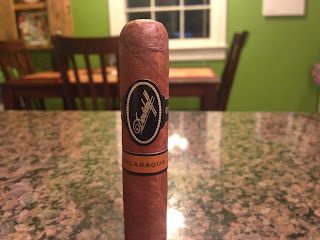 If there was a brand that received tons of attention last year it was Camacho Cigars. But if there was a single cigar that got tons of attention it was the Davidoff Nicaragua. What makes the two statements funny is that both are owned by Davidoff, so here is a company that is getting tons of press in one year. I don’t know what their numbers were for last year, but I imagine it was a great year. I think it is easy to say why the Davidoff Nicaragua received as much as attention as it did, and that is because of the two names. When I think of Davidoff I do not think of Nicaragua. Heck, I think of Cuba before I think of Nicaragua. That is why when the company announced that they would be releasing a Nicaraguan puro everyone was surprised and interested. As I said earlier, Davidoff is not known for utilizing Nicaraguan tobacco but Dominican. They have done that since Davidoff as a company moved to the Dominican Republic in 1991 and been very successful at it. Most of you may know this, but before they were in the Dominican, they were being made with Cuban tobacco and being made in the cigar capital of the world, La Habana, Cuba.

For this review I chose to go with the Short Corona, and the cigar measures 3 3/4″ with a 46 ring gauge. The cigar features a ten year old wrapper that is Habano Seed Nicaraguan Rosado, and underneath that is a binder that is Habano seed from Jalapa. The filler is a blend of Viso from Esteli, Ligero from Condega, Viso from Ometepe and Ligero from Esteli. They picked the big regions of Nicaragu for this cigar, and I love that they are using some tobacco from Ometepe. This short little beauty sports a beautiful Colorado wrapper and it has some minor veins here and there. The wrapper is incredibly smooth and silky to touch, and the coloring is that of light red clay. The cigar has a solid head and a wonderful cool draw that shows nice bits of flavors. The aroma at the foot is that of spices, leather, dry cedar and fruit, and the wrapper is showing some of those similar flavors. 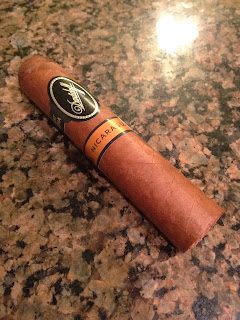 Lighting up the cigar I am greeted by a flavor profile that is very unique. I am getting those Davidoff flavors, but there is that Nicaraguan flavor profile there as well. I am picking up some oaky notes to begin with, and there are bits of Brazilian nuts, leather, white pepper and dry soil. I could say earthy instead of dry soil, but it is more reminiscent of dry earth rather than a dark most earthy flavor profile. The oak notes are fairly dry as well, and it is a dryer Nicaraguan puro. In terms of construction the cigar is producing a lovely burn line, and though it is not razor sharp, it is producing a consistent burn line that has a lovely charcoal gray ash with that. The ash is holding on firmly and there is a nice bit of smoke being produced with the cool draw. I would say the strength of the cigar is at a medium to medium full level and the body is a solid medium. This is a Nicaraguan puro I could smoke all day everyday and never get bored with. The size is great for a morning cigar and I am loving the first half. 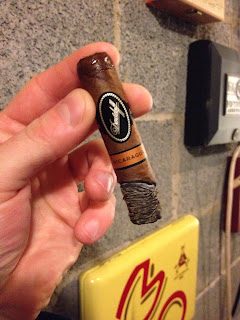 There is a nice change in the second half of the cigar and I find the strength and body to be increasing. The body has definitely exceeded the solid medium level and I would say it is between medium and medium full. Earlier on the cigar is closer to medium, but by the end it has reached a solid medium full. The strength has been at a nice medium full level in this third and it is a nice finish. To me the cigar finishes by grabbing your attention and then making you want to start the process all over again. In terms of flavors the cigar has shown some additional aspects and has gotten a little bit sweeter, but stronger as well. The white pepper notes have really opened up, and it is pairing with those leather and dry soil notes. The oak qualities have begun to show this root beer quality as well, and I am getting bits of nutmeg, vanilla and sassafras. This is definitely a complex cigar and a wonderful Nicaraguan puro. It is very different, and not like any other Nicaraguan puro, and I love it for that. The construction in this half is perfect all the way to the end and it is producing that small and lovely dark charcoal colored ash. The final draw is flavorful and strong, but still cool on the palate. 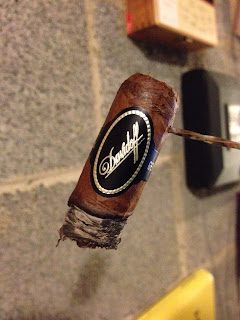 I have enjoyed the Davidoff Nicaragua since it first came out, but it has definitely been a cigar that has grown on me, and made me love it even more than before whenever I come back to it. It is definitely not your typical Nicaraguan puro, but I think that is what makes it so enjoyable and unique. It is a complex cigar that has a great flavor profile, and it is a very elegant Nicaraguan puro. I am not saying that other Nicaraguan puros are not elegant, but there is something different with this cigar. It is definitely a Davidoff cigar, you can get that, but something new as well. I would be interested in seeing the company make a Davidoff Honduras, and I think they are the only ones who could make a Honduran puro that would go head to head with Christian Eiroa. If you have not yet smoked this cigar I recommend that you do so right away. The Short Corona is the best offering in the line and it is a great size for a smoker like me. I am giving this cigar a solid 93 and look forward to seeing how these cigars smoke with more age. 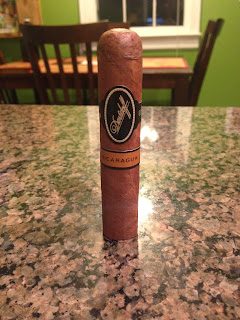