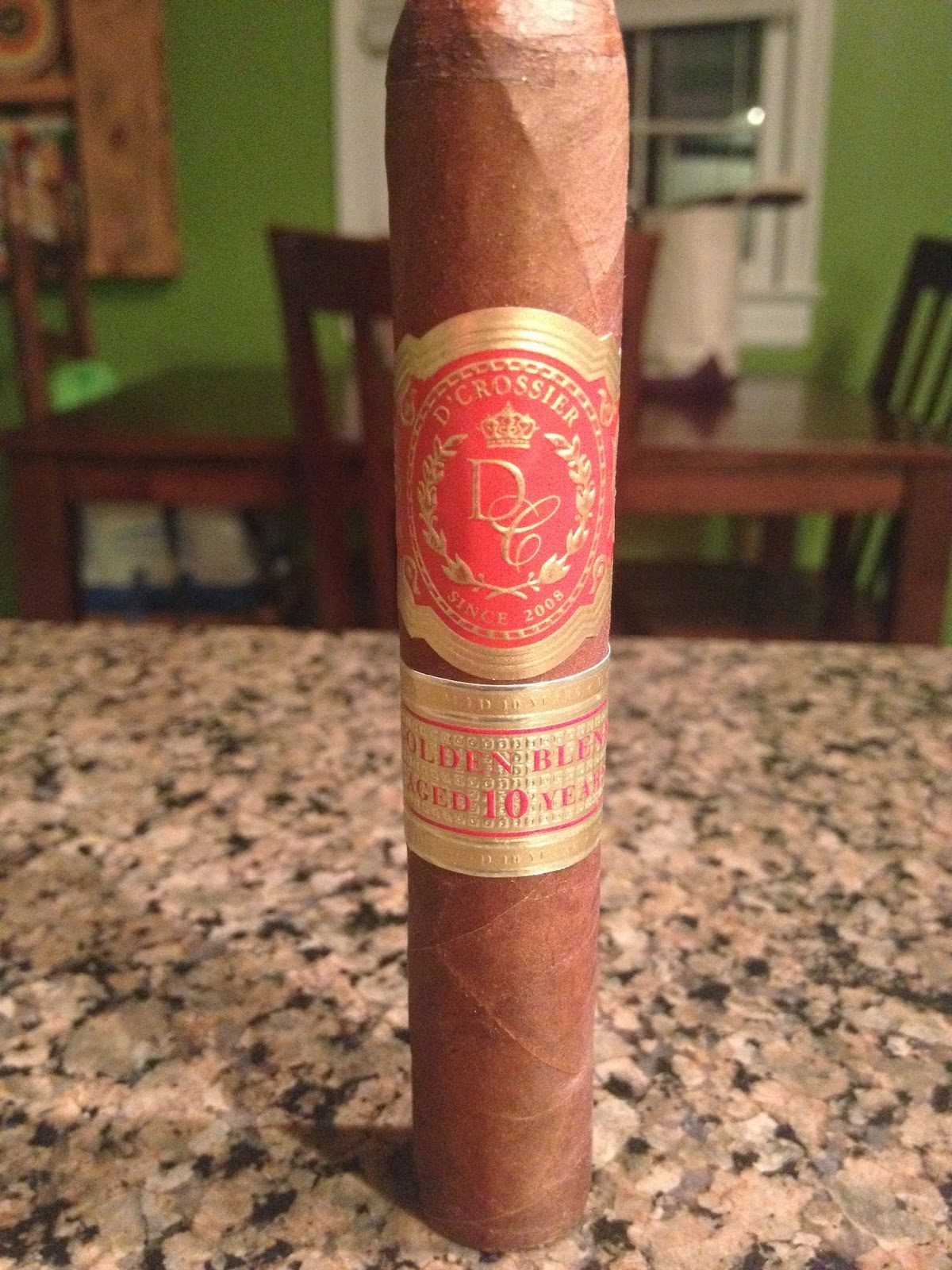 In the 1800’s, a man with the last name of Crossier found himself embarking on a journey from Europe to the Americas. His journey led him to the island of Cuba and while his original intentions of travelings to the Americas was to work on renewing his vineyards in France, he found himself enjoying the “fine Cuban Leaf of Tobacco.” Like so many, he found it difficult to leave the island of Cuba and began to invest in local sugar cane and real estate. In Cuba he found that he could enjoy his wines, brandy and cigars, so he established residence there. His family remained on the island for years to come and in 1973 his great grandson Isias Santana Diaz was born. He remained there for his early years, rolling his first cigar in 1990 and eventually coming to the United States in 1995. It was when he came to the United States that he was presented with the opportunity to continue the love he and his great grandfather had and eventually he created his own cigar band, D’Crossier. I knew very little of this company and the story before smoking this cigar, but thanks to a good friend I am here today to review one of the companies lines.

The Golden Blend Aged 10 Years line was introduced in 2013 and it is the newest product for D’Crossier Cigars. The line features some tobacco that is over ten years old, and the percentage is said to be about 40%. It is a multi-country blend and has a filler blend of Nicaraguan and Dominican tobacco. The binder is Costa Rican and it has an Ecuadorian wrapper. The cigars are made in Costa Rica and for this review I sampled the robusto which measures 47/8″ with a 50 ring gauge. With a lovely Colorado wrapper that cigar projects class and elegance with the gold and red bands. The first bands is incredibly regal by itself, but with the secondary band that is mostly gold, it reaches a whole new level. The robusto features a solid triple cap and the cigar is firm in hand. The foot has an aroma of cedar, aged tobacco, smoked meat and hay, while the wrapper has an aroma of sweet earth, tobacco and leather. 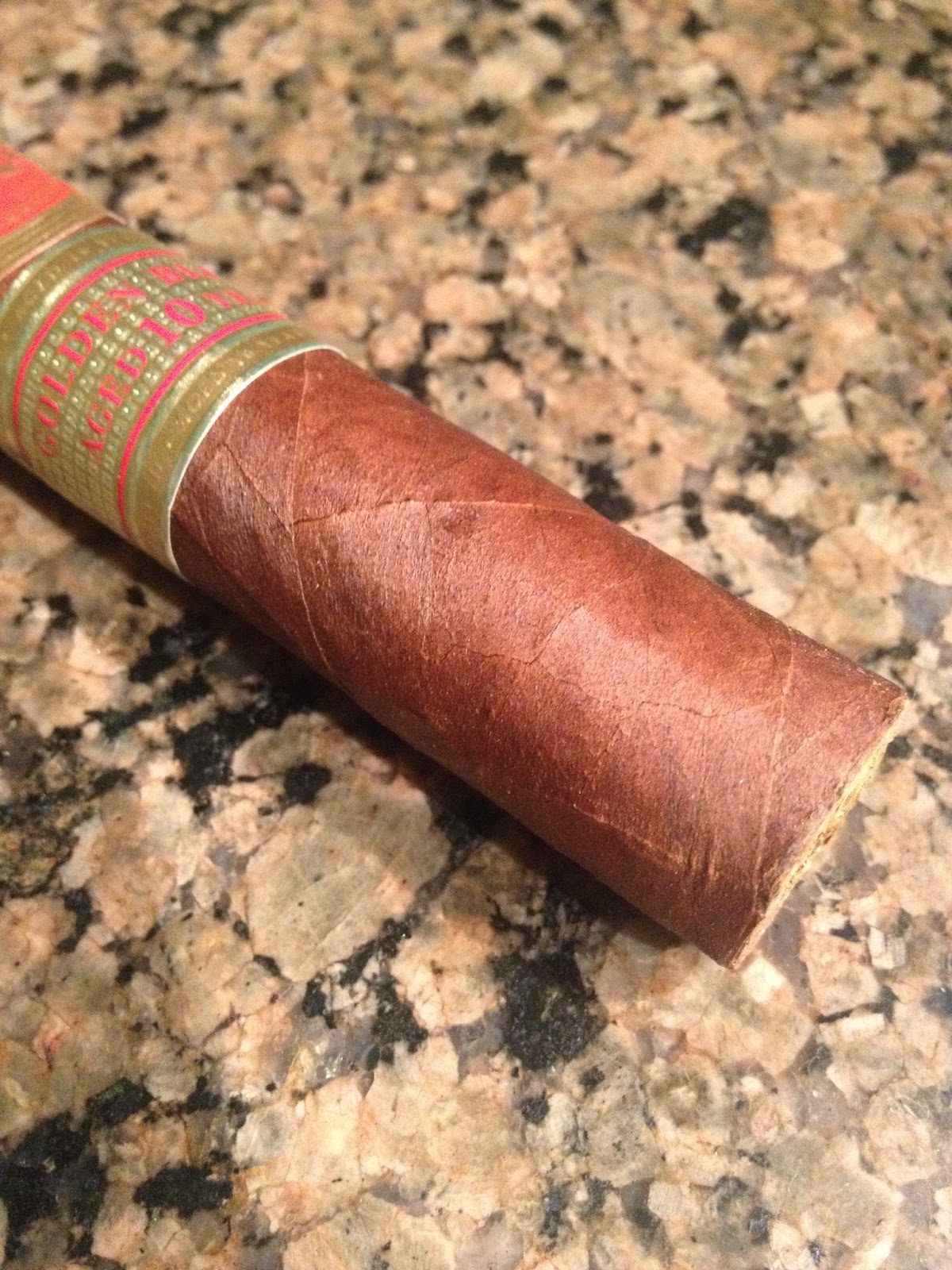 The first third of the cigar is light in strength and body, but very complex and incredibly enjoyable. It begins by showing some nice soft pepper notes and with that are some cedar and tobacco qualities. I am getting some bits of dry grass/hay with that, and it is also producing this fresh break whole wheat bread flavoring too. It is easy on the retrohale and very smooth as well. The construction on the cigar is absolutely terrific and it is showing an even burn line with a nice charcoal ash that is holding on firmly to the end. I would say the body is right below the medium note and the strength is between mild and medium. I don’t know what I was expecting going into this cigar, but I can tell you that I am very pleased with what it has delivered thus far. This cigar has caught my attention and I am looking forward to the second third. 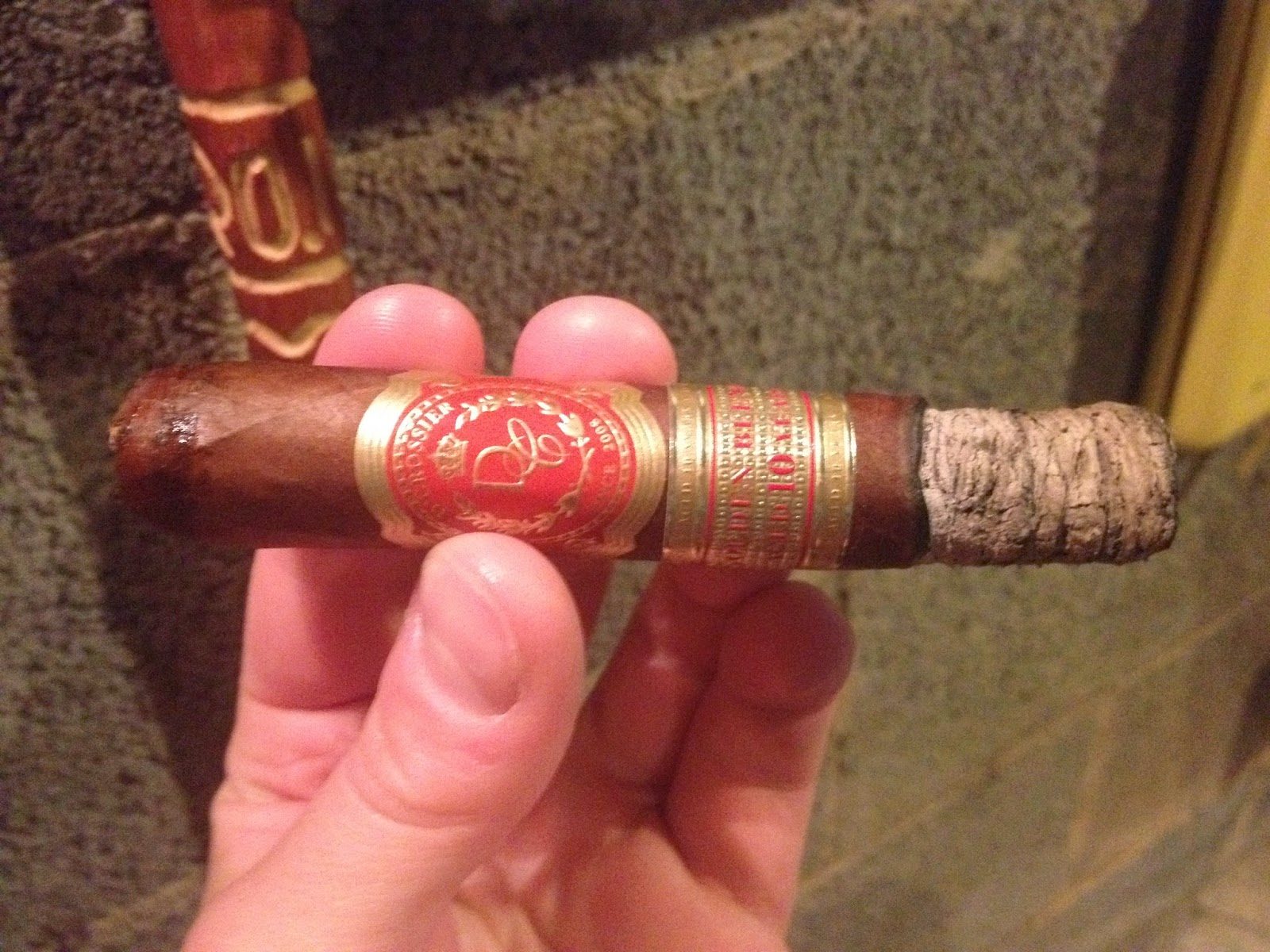 I am in the second third of the cigar now and it is smoking great. I am still getting the grass and hay notes from the first third, but I a now getting some soft dried fruit qualities that are terrific as well. They are accompanied by these light pepper notes and with the cedar and tobacco qualities, I could not ask for more. The flavor profile is incredibly balanced and at no point is one flavor dominating, but it is showing the greatness of every aspect at one time. The body and strength are remaining fairly similar to where they were in the first third and it has a medium body with a strength level right between mild and medium. Draw after draw is smooth and cool, and always flavorful. In terms of construction there are no faults and the burn line being produced is razor sharp and with that is a lovely charcoal ash on the end. I am getting a nice bit of smoke with each draw and I am loving this smoke. 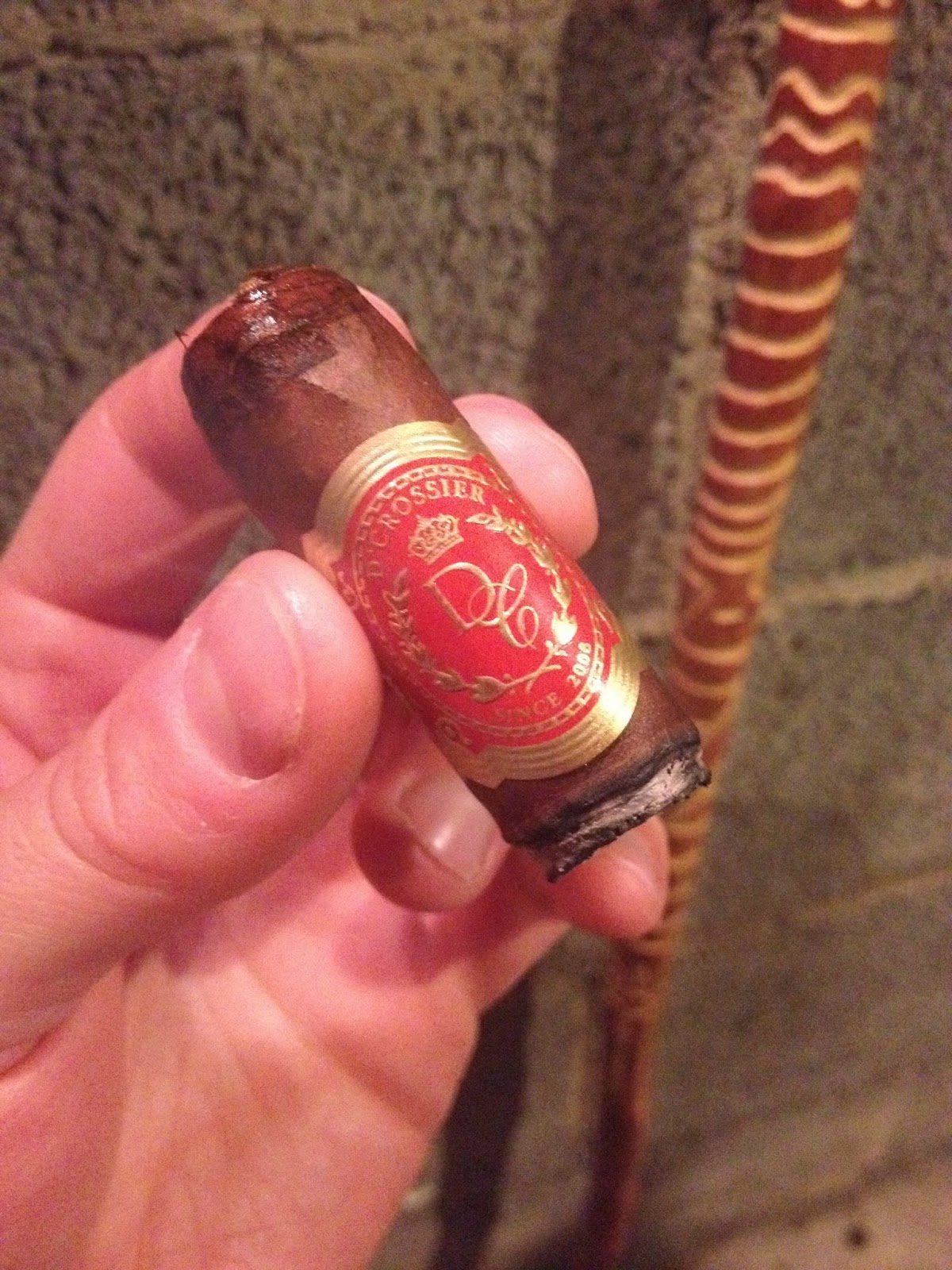 When I get into the final third of the cigar I find that the cigar continues to show some of the great qualities from the second third and it is focused on the dried fruit qualities first and foremost. It shows some cedar and hay notes with that, and it has a musty aroma as well. There are some soft pepper notes present with the cigar as well, and the finish is that soft tobacco and spice flavor. In terms of flavors in the final third, it is safe to say it continues showing the awesome qualities of the second third and then some. At no point is this cigar flat or dull, but it is an exciting blend that is now in your face at the same time. The construction is perfect from beginning to end and it produces an even burn line all the way to the nub of the cigar. The draw throughout the cigar is cool and it produces a nice light smoke to the end. In terms of strength and body, this is a mild to medium strength cigar and it has a body that is dead on medium. 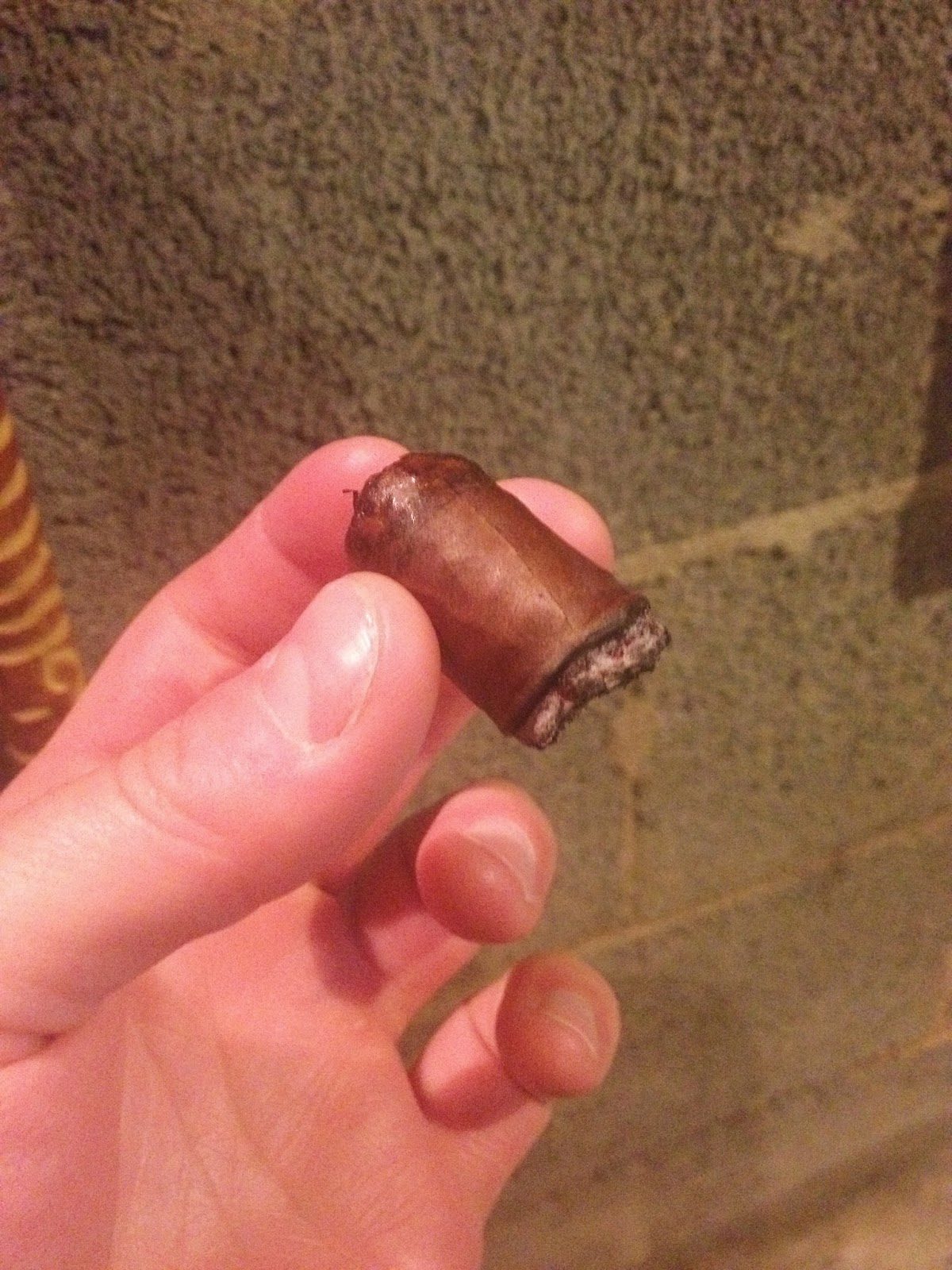 I loved this robusto and thought it was balanced and flavor focused. From beginning to end the cigar was elegant and a smoke that so many could enjoy. With the lighter strength and easy body, the cigar can be enjoyed by a novice and truly prized by any connoisseur. This is the first time I have smoked anything by D’Crossier, and if their other products are anything like this then you are in for a treat with anything you pick up. I loved the size of the robusto because it kept that 50 ring gauge, which I think is the max for a robusto, and it had a shorter length that came in at just under 5″. They are really producing some more traditional offerings in the line and that ranges from the robusto to a double corona. You can really taste the aged tobacco with this cigar and it shows how great tobacco can be with age. This is one of the more exciting new cigars I have had in 2014 and I look forward to trying their other products. 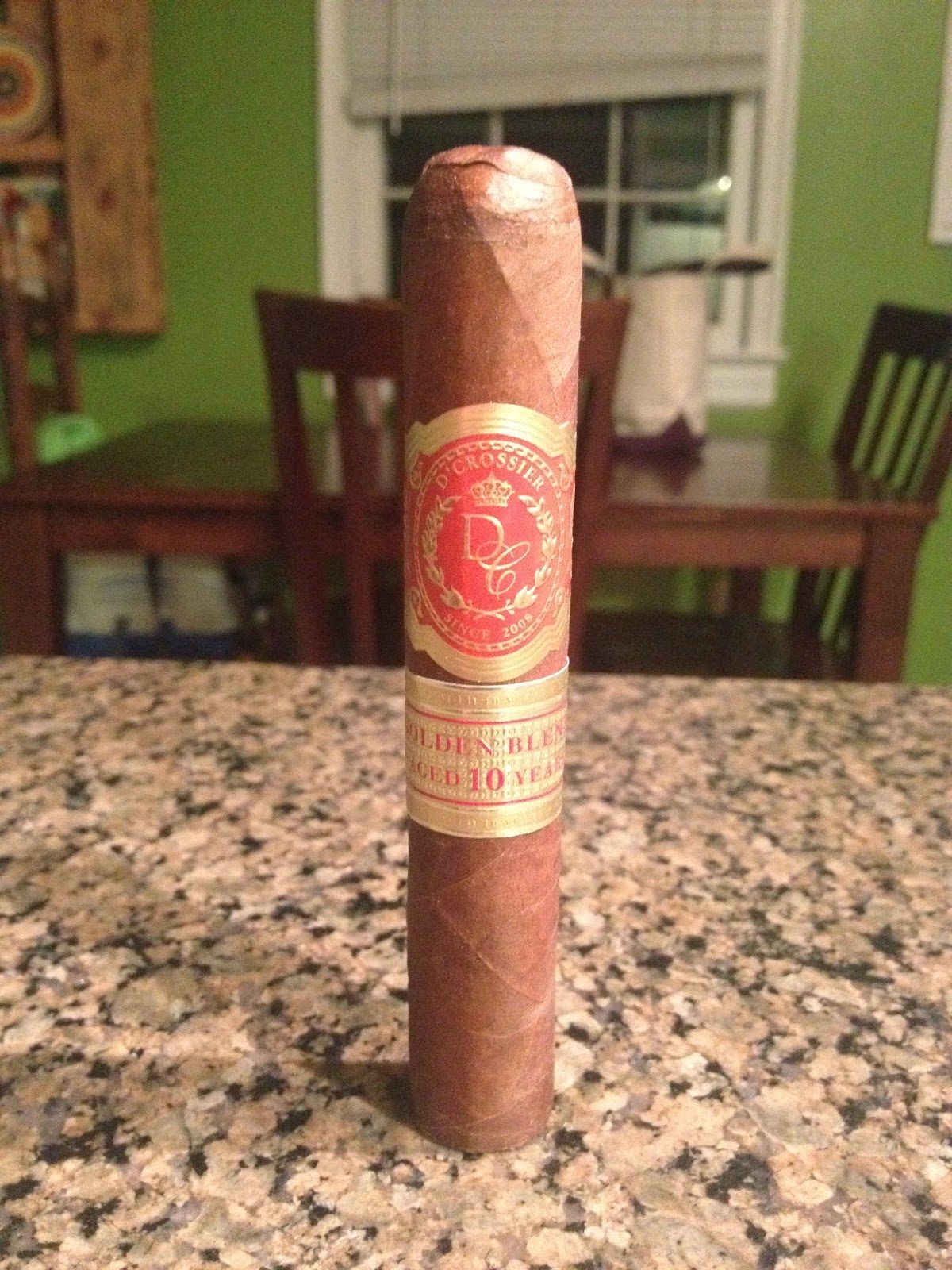 *cigars for this assessment were provided to me by Cigar Coop