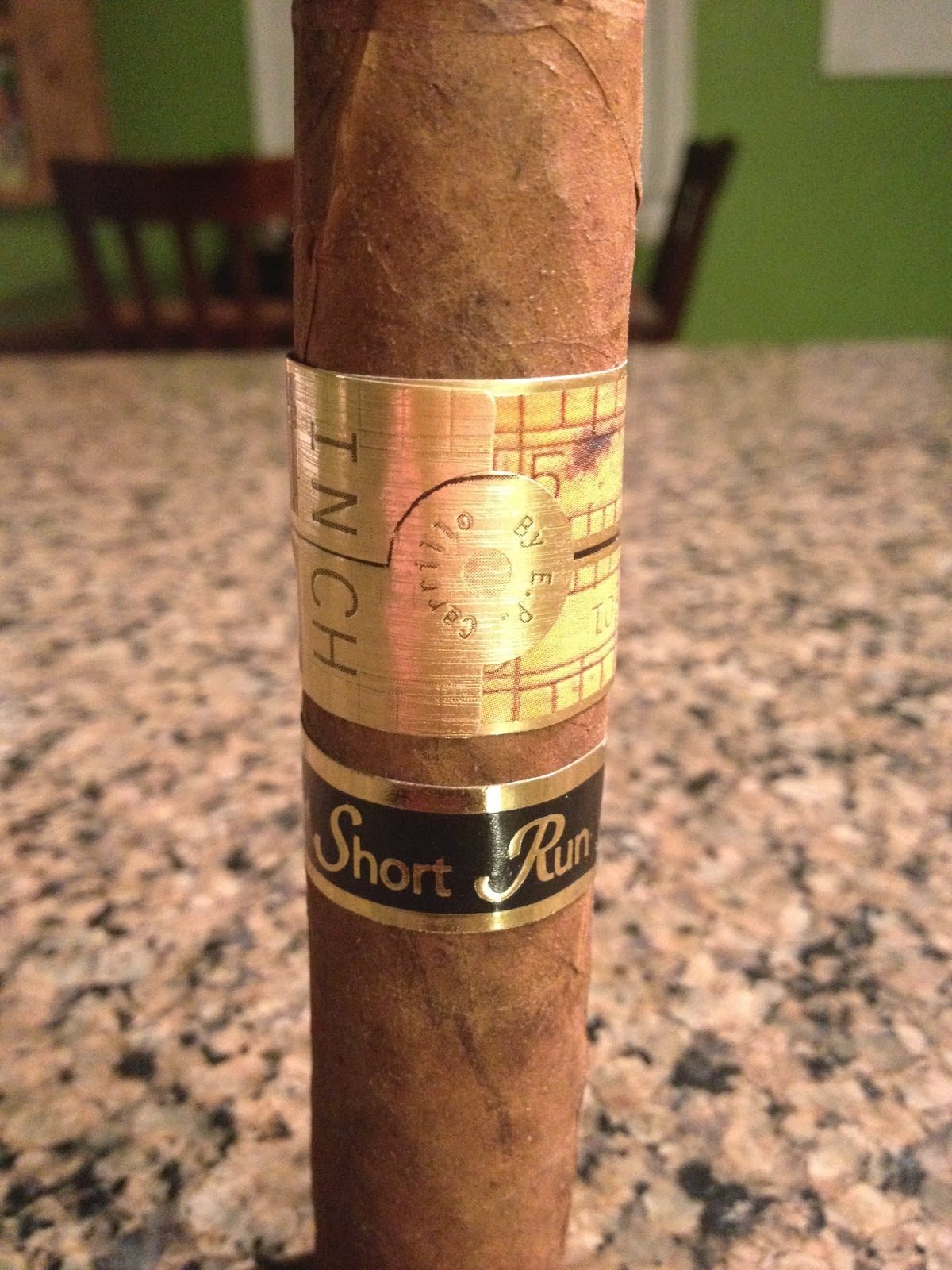 E.P. Carrillo is a company that I love, and I love them for the releases they have and how they release their cigars. Each year they have two limited edition releases, and they are classified as their Limitadas and Short Runs. They are sometimes based off of previous core line releases or even inspirations for future releases, but they are always unique. I have always been a fan of the Short Run series, and I think they have had some terrific releases within the line. They gave us an amazing Connecticut Shade release in 2012, and last year they gave us a wonderful Sumatra version. This year however, they are paying tribute to the INCH Series which was released in 2012 and has been a huge hit for the company. Like the INCH Series, the cigars are going to be released in large ring gauges, so I am curious to see how things will go. They have proven before that they can make a great large ring gauge cigar, and let’s see if they can do that again.

This year’s Short Run release is based off of the INCH Series in the fact that it is a larger ring gauge cigar, but the blend is unique. Total production is set at 4,500 boxes, with 1,500 boxes released in each size. It features a Dominican Corojo ’06 wrapper and then has a Nicaraguan Corojo ’99 binder. The filler is a blend of Nicaraguan and Dominican tobacco, and they do not reveal anymore on the blend. For this review I was given the No. 62, and the cigar measures 5″ with a 62 ring gauge. The cigar features a solid triple cap that is placed over a wrapper that is rough in texture and sports veins here and there. It is definitely not the prettiest wrapper to ever be used on a cigar, E.P. Carrillo or others, but it has a lovely texture that is silky to touch. I am getting an aroma of leather, wood, dried tobacco, hints of stone fruit and spices, and there is a great cold draw with the cigar. 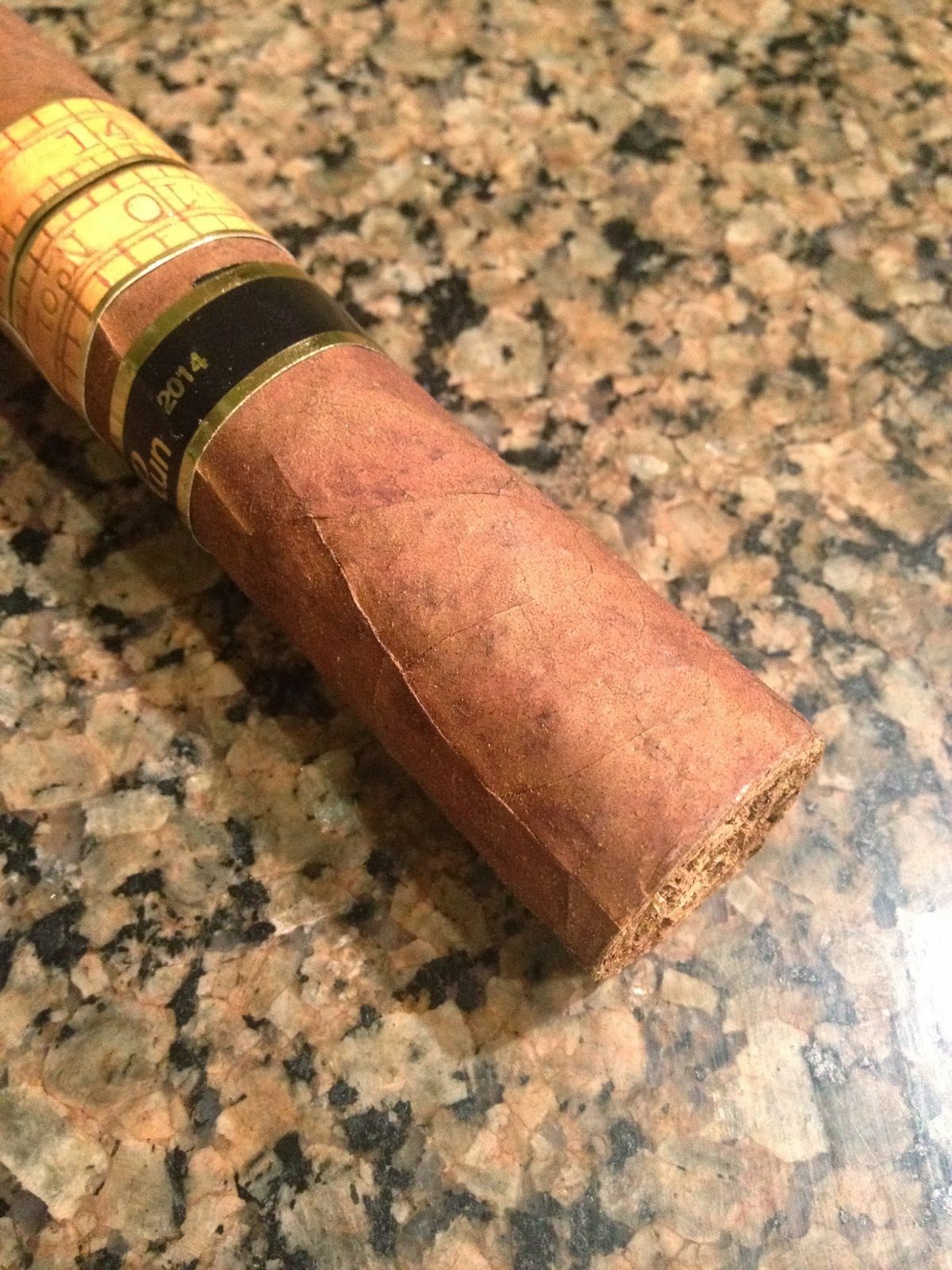 The first third begins by showing a lot of qualities that you get with a large ring gauge cigar. There is an easy draw with the cigar and it is very cool with a lot of smoke being produced. I feel that the draw is so loose that it is producing a lot of smoke and not helping in concentrating the flavors on the cigar. The cigar is showing some wood and tobacco notes, and there are some nuts and leather qualities with a toasty finish. There are some flavors, but I feel that they are fairly subtle and not producing tons of depth and complexity. To me, the cigar is very mild, much more than I expected, and it is smoking with a body and strength level at a solid medium level. The construction is very solid in this third and it is producing a razor sharp burn line with a nice charcoal ash holding on firmly to the end. 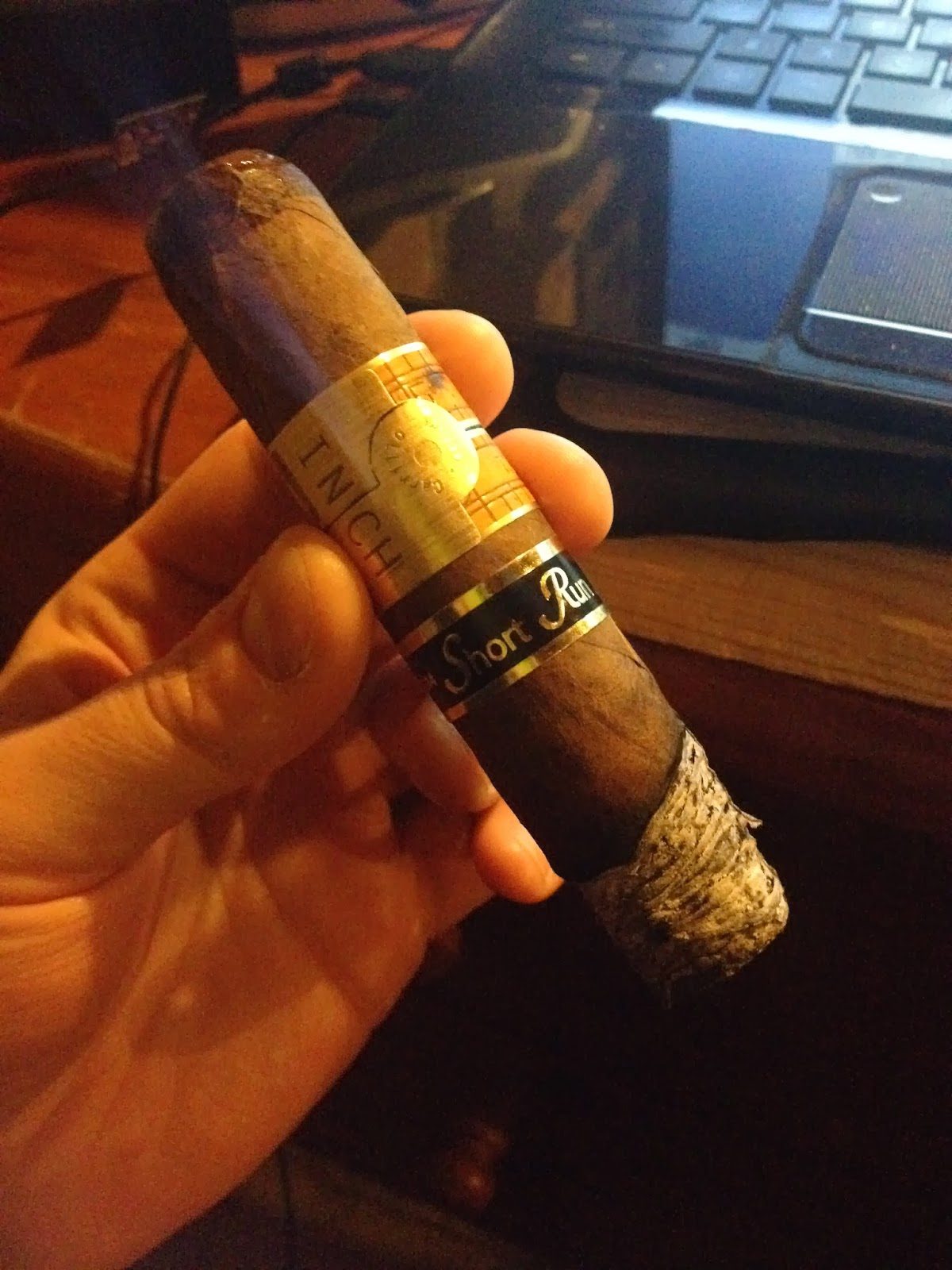 I am in the second third of the cigar now and I am finding that this third is very similar to that of the first third. There has not been a lot of fluctuation with the cigar and it is producing those core flavors that the cigar has been showing thus far. It is a cigar that focuses on those nutty, tobacco, wood and leather qualities, and while they are enjoyable it is lacking some depth that I would like. The strength and body are remaining at that solid medium level and it is almost smoking like it is a milder cigar than that. With this large ring gauge everything is softer and cooler, and I think that hurts the cigar. I think the original INCH was blended very well, but this blend is not smoking the same as those. The construction on the cigar is still solid and it is producing a nice burn line with a lovely charcoal ash. When I get into the final third I still find that the flavors are very similar to the first and second third, and I am not going to lie and say I am not disappointed. I felt that this cigar was built to be very tasty and enjoyable, but I just don’t find that the case. I find the flavors are monogamous, and it is still showing those wood, leather, tobacco and nutty qualities. The body and strength are remaining at that medium level and it is very similar to the first and second third in that sense as well. In terms of construction, the cigar is similar to how it has been in the first and second third, and it shows that even burn line with a charcoal ash holding on. It ends like it began and that is about all I can say. 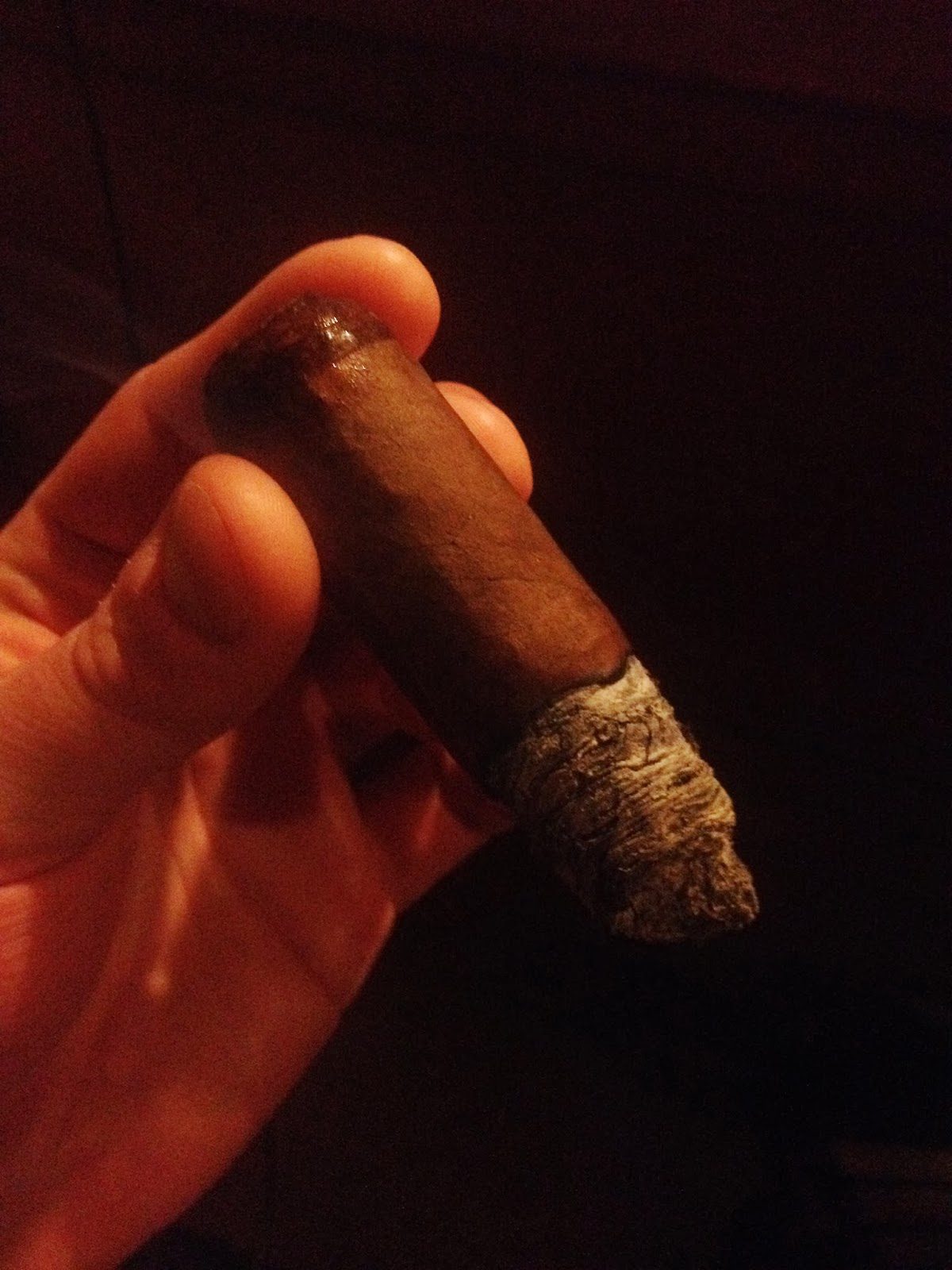 I am disappointed with this release. I was hoping for more from E.P. Carrillo with this cigar, and I thought they could release another great big ring gauge cigar. They were successful with the INCH, and I think this was there chance to show once again that they can make a great large ring gauge cigar. I think they failed that, and instead they produced the weakest of all their Short Run smokes. They had such great releases with the 2012 and 2013, but this cigar failed to live up to those two limited releases. The construction on the cigar was good from beginning to end, and it smoked very well, but it just lacked so much in terms of flavors. You can make a big cigar that is flavorful, it has been done, but this is not the case with this cigar. To me, this cigars can be used as more ammunition for making the statement that “big ring gauge cigars lack flavors and so much more.” With every one of the cigars I smoked, they all failed to deliver. I am giving this cigar an 84. 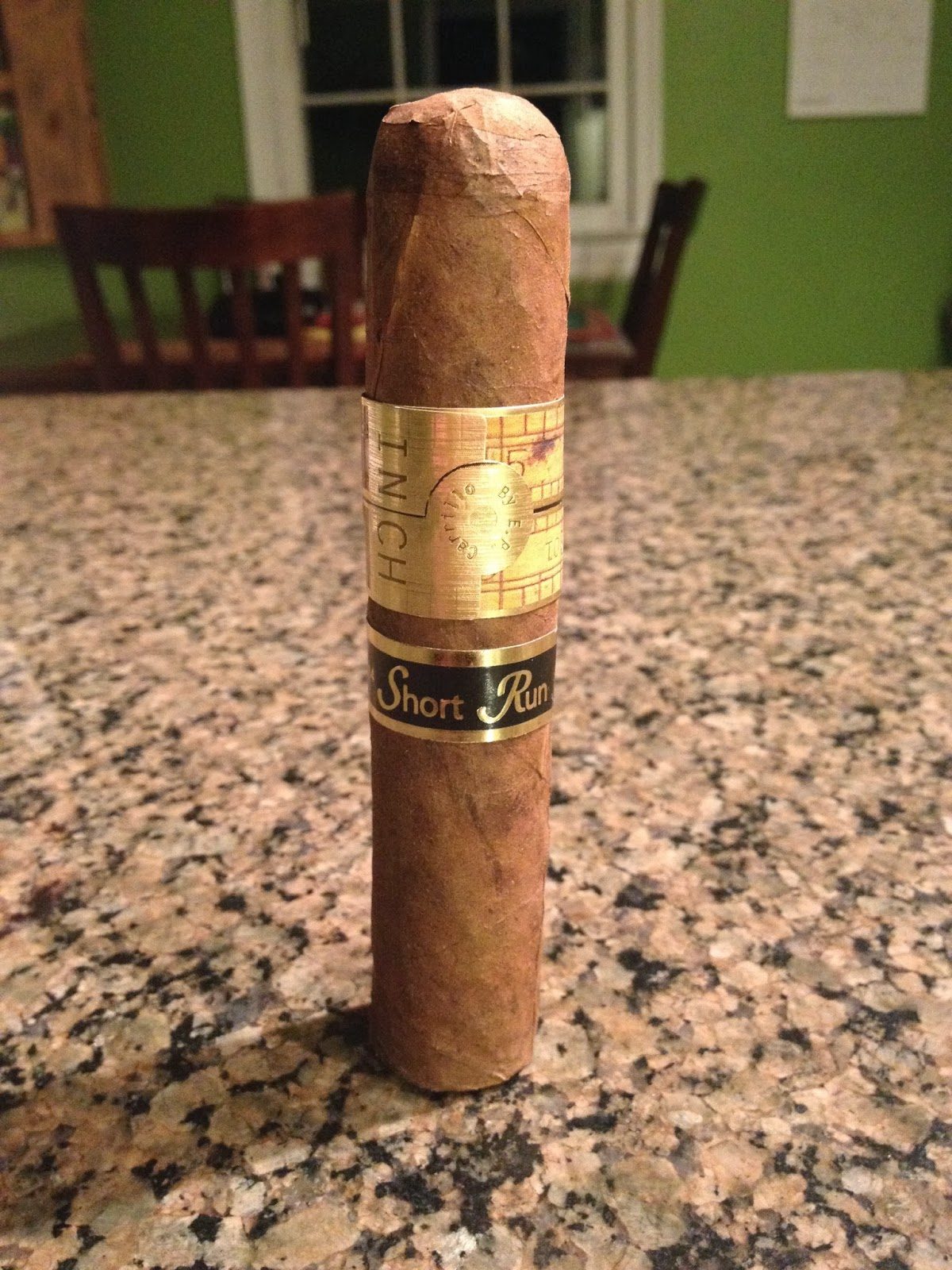 * cigars for this assessment were provided to me by E.P. Carrillo