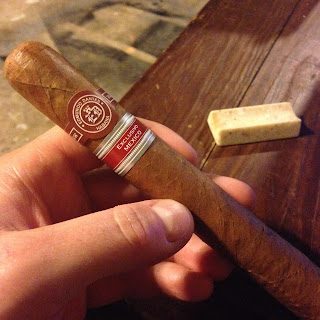 In 2007, Habanos S.A., along with Max Gutmann, owner of Importadora y Exportadora de Puros y Tabacos, Mexico’s Cuban cigar agent, announced a regional edition to Mexico that would be like no other. The Habano was titled Edmundo Dantes, and it was titled that because they could not use Montecristo name due to trademark issues. What makes this regional release so special is that this would be the first regional edition for one of the Global Brands, and it would be one of two brands that were released only for the regional edition program. The other one being La Escepción in 2011 for Italy. The 2007 release was El Conde 109, a magnificent 109 release, and in 2011 they announced the Conde 54 as the second. Today I look at that 2011 release and see how it is smoking after four years of aging. 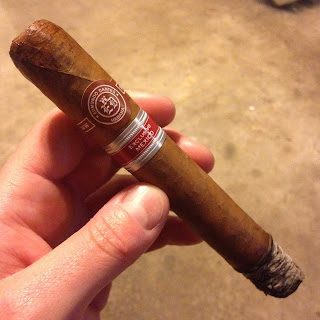 The Habano is massive in hand and sports a beautiful wrapper. The wrapper has a lovely light Colorado coloring and it has very few veins present with the veins being very small in size. It is firm throughout and comes with a nice triple cap. There is an aroma of flowers petals, sweet spices, red pepper and tobacco on the foot. While the wrapper produces an aroma of sweet tobacco, rich earth and heavy spices.

The Edmundo Dantes Conde 54 begins by showing some great creamy flavors and it has a nice smokiness present with that. There are some solid black coffee qualities present with that and it is delivering a nice floral and vanilla quality on top of that. The finish is of spices and sweet tobacco, and this is a magnificent smoke. I would classify the Habano as being between medium and medium-full in this third for flavors, and the same goes for the body and strength. The construction is perfect and it is delivering an even burn line with a solid charcoal ash on the end. The draw is cool, producing a great bit of smoke, and this Conde 54 is truly a flavor bomb. 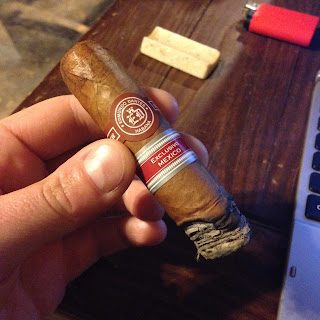 When I enter into the second third of the Conde 54, the spice notes really begin to play off of the coffee and cream flavors, and I am also getting some cinnamon and cocoa qualities with that. There is a nice vanilla flavor profile present with that, and it has that sweet tobacco and nutty quality. Overall, a flavorful smoke that will continue to age well. I would classify the flavors, body and strength as smoking around a medium level in this third and it’s a great smoking experience overall. The construction remains perfect in this third and it is producing an even burn line with that light charcoal colored ash on the end. The draw is cool while giving off the perfect amount of smoke, and I am upset that I am entering into the final third.

As I get into the final third of the Habano, I find the flavor profile is similar to that of the second third and it is delivering a sweet spice, vanilla, coffee and cream flavor profile. There are some nutty and leather qualities present as well, and there is a faint floral finish. A complex flavor profile that shows the greatness of tobacco from Vuelta Abajo, this is truly a magnificent and special Habano. I would classify the final third as smoking at a level between medium and medium-full. Similar to that of the first third, and with that is excellent construction. Delivering a perfect burn line to the larger nub, the Edmundo Dantes Conde 54 produces a cool draw with a great bit of smoke and a lovely charcoal ash on the end. 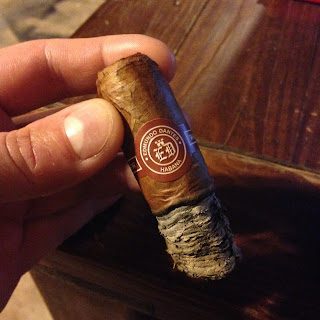 If there are releases that shows the greatness of the regional edition program, it is Edmundo Dantes releases. The two releases, the Conde 109 and Conde 54, are both fantastic releases and some of the best cigars I have ever smoked. I have always had them with at least four years age on them, and they are releases that will smoke great for more years to come. I don’t know how they were when they were young, but from what I heard they were simply fantastic then as well. They are complex and balanced, and they show nothing but great transitioning throughout. They are flavor focused releases that are paired with a nice body and strength level. If there is a Habano that I could smoke all the time and smoke nothing else, I would be quite pleased with any of the Edmundo Dantes offerings. I prefer the Conde 109 to the Conde 54, but that is like comparing a Lamborghini to an Aston Martin. With four years of age, the Habano gets a 95-97 rating. 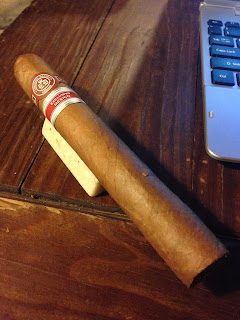