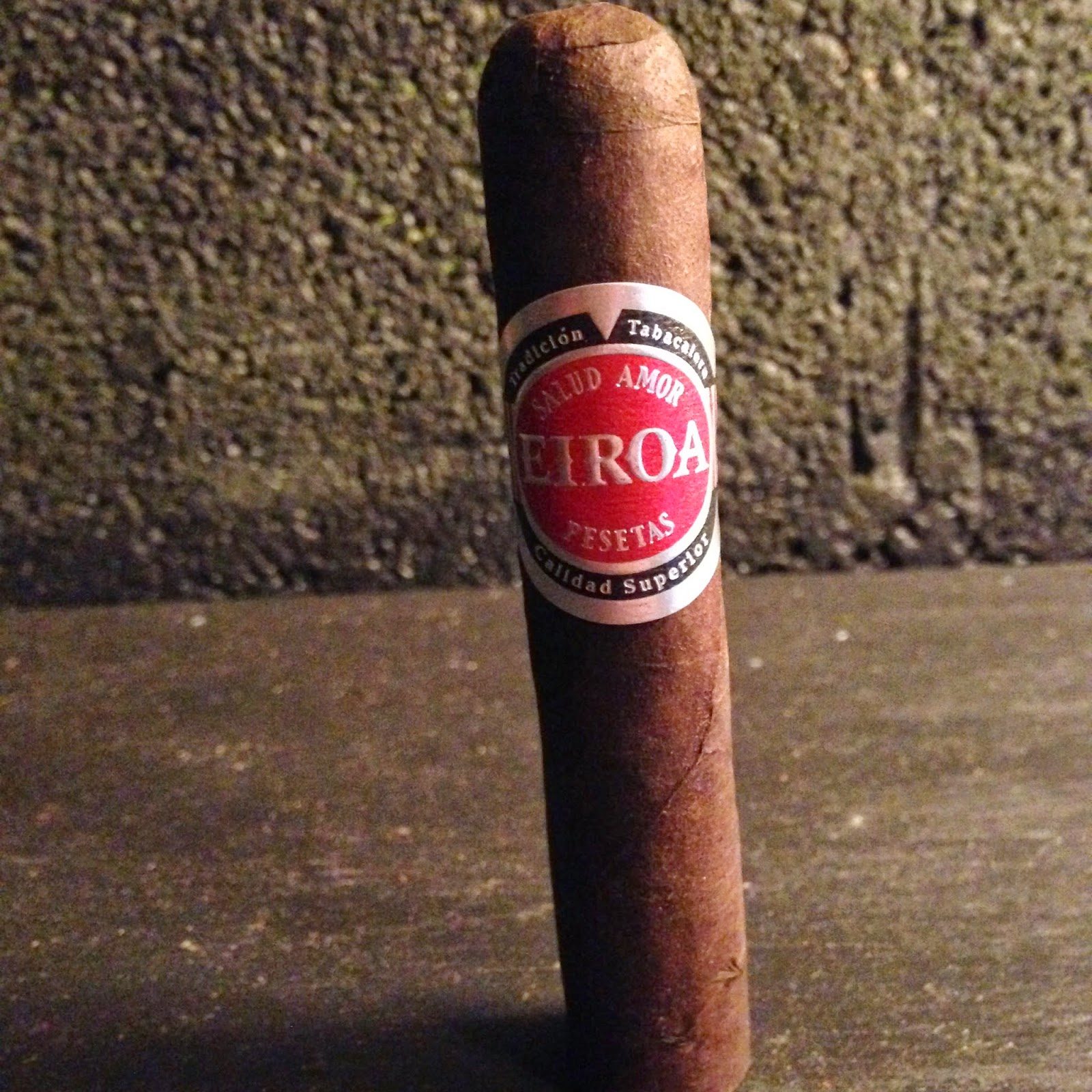 Featured at the 2014 IPCPR, the EIROA CBT Maduro is the second cigar to be released under the EIROA name and is a cigar that should be familiar to Camacho fans. The CBT Maduro is CLE’s offering of a triple maduro, and Christian has returned to make a a triple maduro with his new company. The CBT stands for Capa, Binda and Tripa, and the meaning behind that is that all three components are created with tobacco that is maduro in coloring. Christian was the first one to do this in 2007 and it was a very big deal at the time. It actually still is a big deal and the reason for that is because making a blend of tobacco that is all maduro in coloring is very difficult. The tobacco is typically thicker and more difficult to work with in the blend, so the tobacco has to be much more damp when rolling. This means that the cigar has to rest longer after aging, so that it loses some of that moisture. I could go on and on with the technical aspects, but enough of that, let’s take a look at the EIROA CBT Maduro.

The EIROA CBT Maduro is a triple maduro and is the third triple maduro to be released to the market since 2007. Gosh, I remember when the first one came out. I am getting old! Like the name implies, all tobacco that is in the cigar is maduro in coloring, and the actual blend of tobacco is undisclosed. I would love to take a guess, but I am probably going to fail miserably on that. For this review I went with the Prensado, and it is a petit robusto measuring 4″ with a 48 ring gauge. The petit robusto is a firm cigar in hand and you can tell it is packed with tobacco. It features a dark maduro wrapper and it is smooth in texture while not showing oily or silky qualities. There are some medium sized veins present in the wrapper, though they are not all over but more sporadic. There is an aroma with the cigar that is of damp earth, barnyard, cocoa and tobacco, and the foot is giving off similar notes with some curry notes present there. 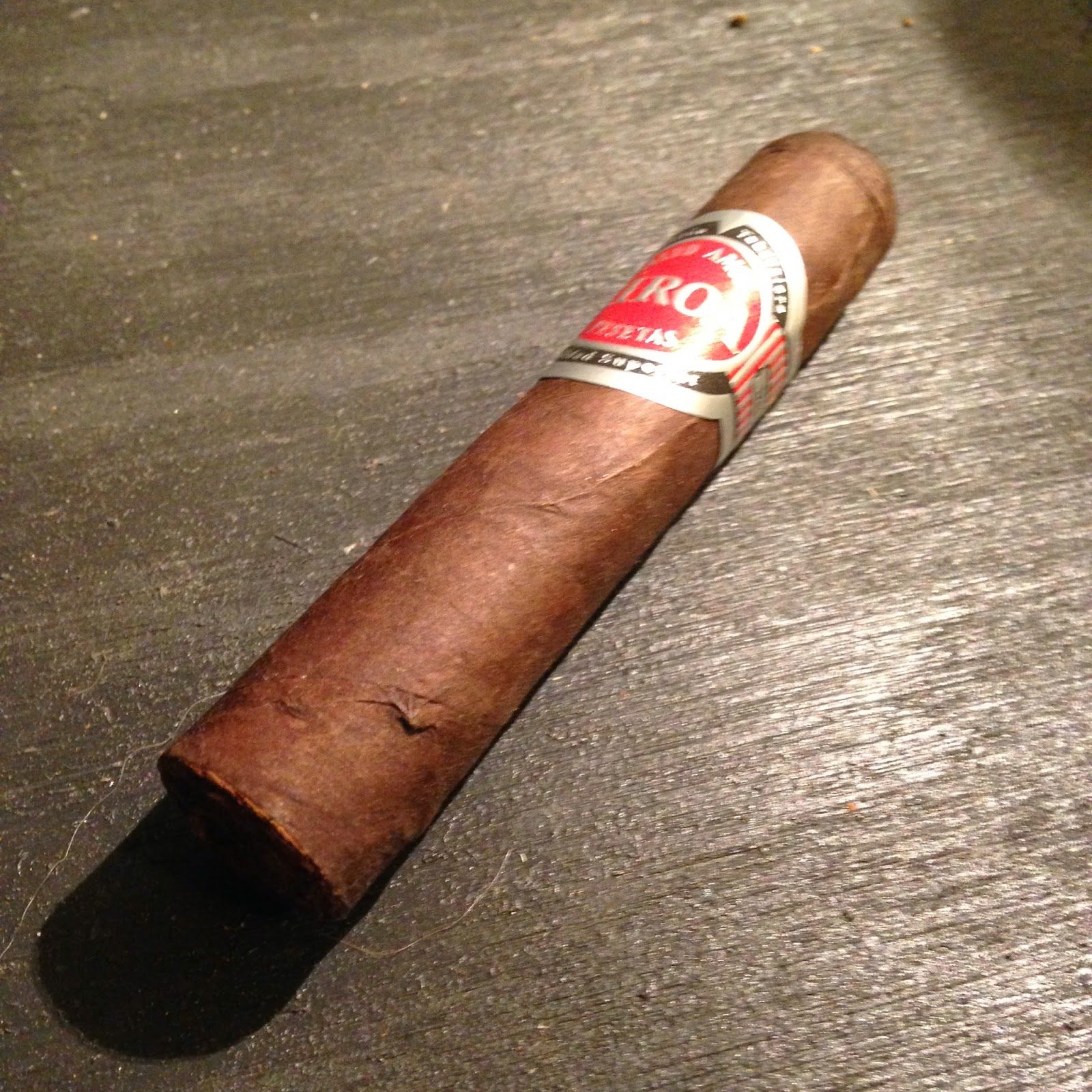 The first half begins by showing dark flavors that really overcome the palate while not being overly strong. I am getting some dark currant notes and they are accompanied by some rich earth and licorice notes. There are bits of oak present as well and it has this spice flavoring that is not peppery, but very noticeable. It is a unique flavor profile and one that you get with Honduran tobacco that is maduro. The construction is top notch with the cigar and it is producing a burn line that is razor sharp with a white ash on the end that is firm on the end. It holds on firmly and it could probably hold on to the band if I tried. The draw is cool and producing a nice bit of smoke, and this is an interesting twist to the EIROA blend. I would classify the strength as being medium overall and the body is more medium-full in my opinion. 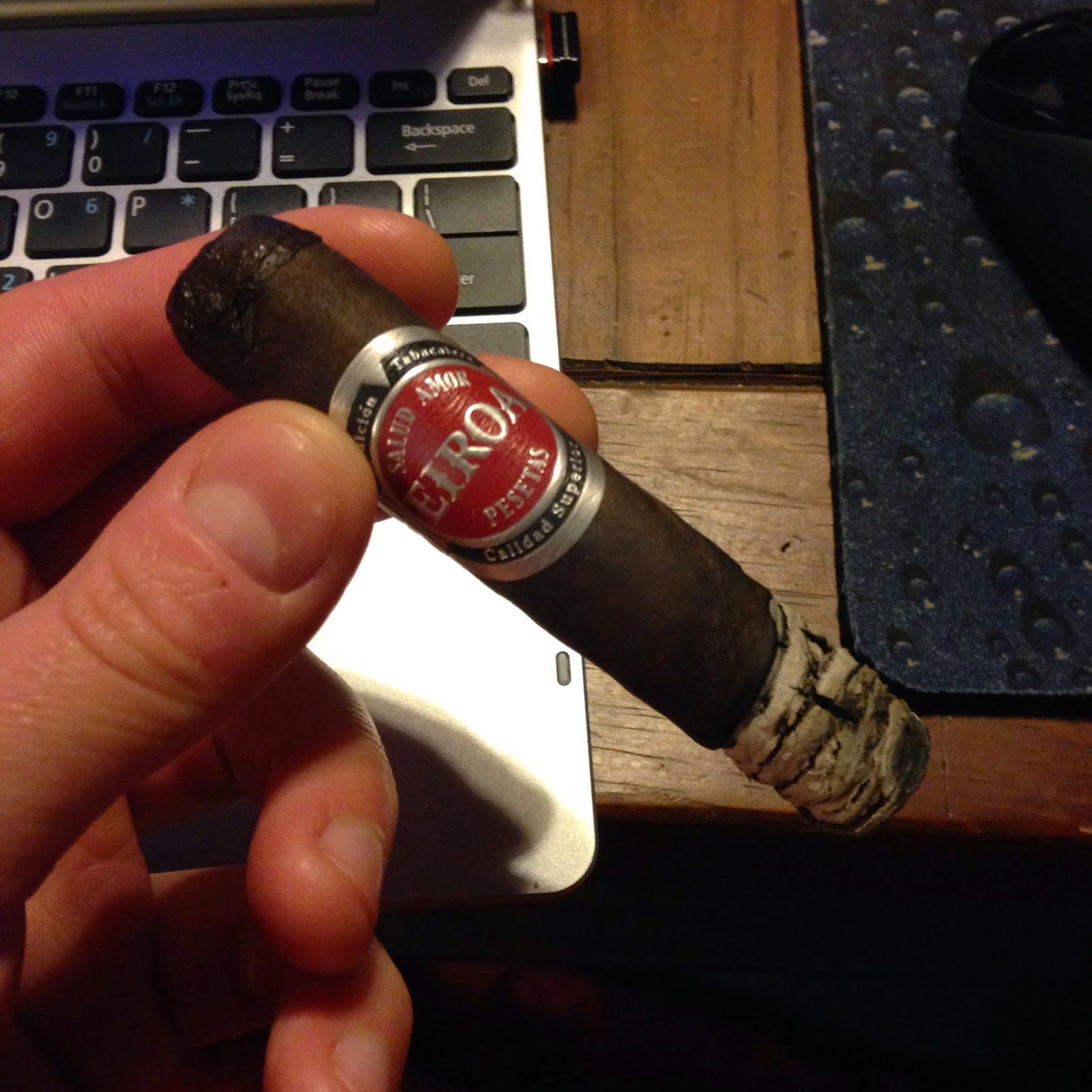 When I enter into the second half of the cigar I find that it grows a little bit and is producing a stronger flavor profile. It is still fairly similar in flavors, but they are much more pronounced now. I am picking up some strong oak, rich earth and licorice notes, and there is a bit of currants and berry notes on the finish. The spice is still soft though in this half and there is no pepper present whatsoever. The construction continues to smoke perfectly in the second half of the cigar and it has a clean burn line with that lovely whitish gray ash on the end. The draw is smooth and cool, and it is giving off a nice bit of smoke with that. I smoke the cigar down to the nub, and even at the end it is cool and flavorful. I would classify the strength as being around the medium level in this half and the body being around that medium-full level. I thought it would be stronger overall, but it hasn’t and I enjoy it more because of that. 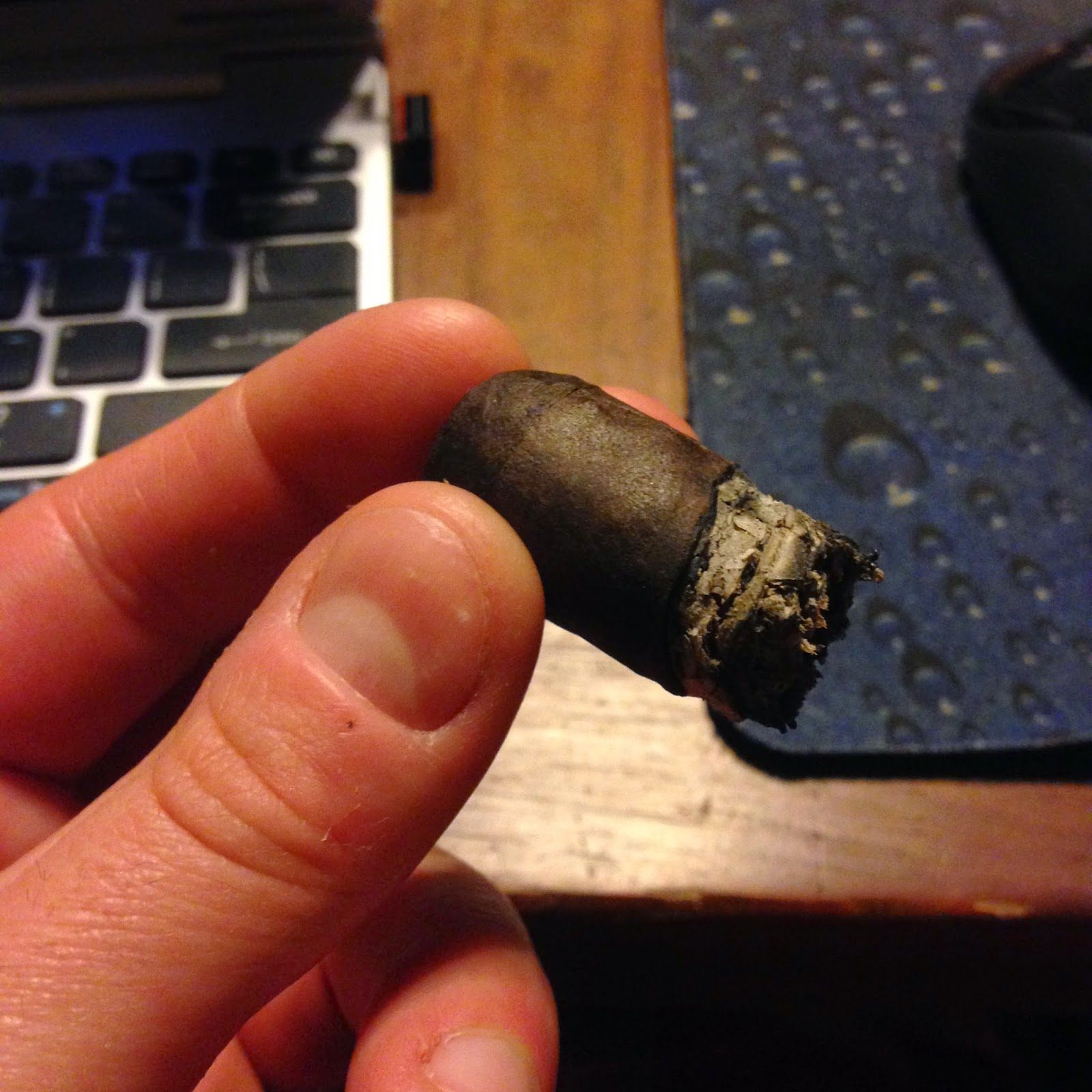 The EIROA CBT Maduro is a nice offering from CLE Cigars and while I think it is a good addition, it is not my cup of tea. I think the original EIROA is significantly better, and I would chose that cigar over this ten times out of nine. (Yes, I just quoted Outkast.) I am not the biggest fan of maduros to begin with, so when you make a triple maduro, it is more than likely not going to speak to me as a smoker. I think the process of making a cigar like this is very difficult, and I give props to Christian for doing it. The flavors were enjoyable, but I felt it lacked some complexity and depth that a great cigar needs. I do believe this is better than the new Camacho Triple Maduro though, but the best triple maduro I ever had was the A. Turrent Triple Play. Don’t ask me why, but I thought that was the best. Overall, a nice release and I would be interested in smoking the blend in different sizes. I give this a solid 88 rating. 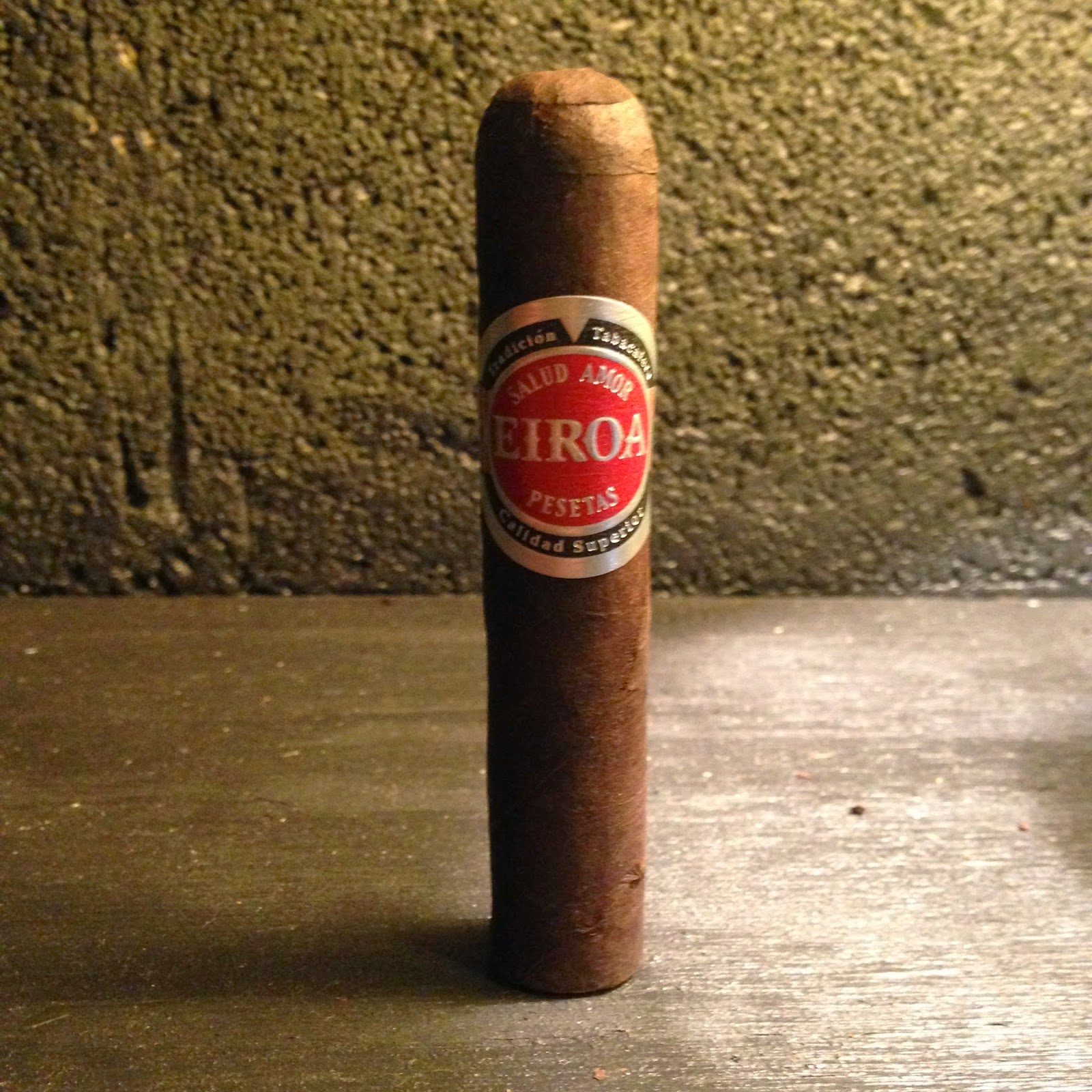