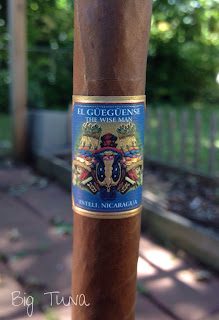 If there are two vitolas that Cuba dominates the global market with, it is the Double Corona and the Churchill. Some could argue that they dominate more than two vitolas, and I would probably agree with them or see their point, but the Churchill and Double Corona are definitely up there. For some reason, the non-Cuban manufacturers fail in delivering good releases in those two sizes. They are unable to deliver a cigar that is flavorful and complex throughout, and with their releases there is very little transitioning past the first third. There are some examples of where a non-Cuban manufacturer or brand owner delivers a successful Churchill, though it is uncommon, and today I look at a soon to be released Churchill from Nicaragua that I have been told goes “head to head” with the Churchills coming out of Cuba. The cigar is called El Güegüense, and it a brand new blend by Nicholas Melillo with his new company, Foundation Cigar Company. While he does own his own fields or factory, he is a master blender and has much experience in selecting tobacco and blending from his years at Drew Estate. His new line is made at TABSA in Esteli, Nicaragua and is composed of all AGANORSA tobacco. I would have reviewed this on Cigar Federation, but we already reviewed it there so I am reviewing it on Habanos Critic instead. I am not here to compare it to a Cuban Churchill, that’s idiotic, but let’s see what Nicholas can do in this incredible size that the American market fails to do so often. 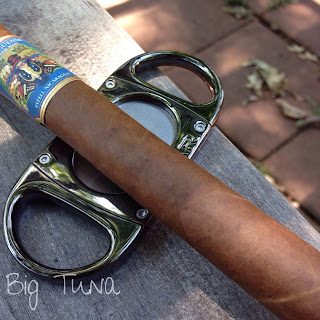 The cigar sports minimal veins and has a nice soft and silky texture. It is firm throughout and it sports a nice light Colorado coloring. You could argue that it has some Natural aspects to it as well, and it is a nice milk chocolate coloring. The wrapper captures some nice aromas of soft spices, chocolate, raisins and earth, and the foot is showing qualities of chili powder, cream, chocolate syrup, rich earth and chocolate cake. 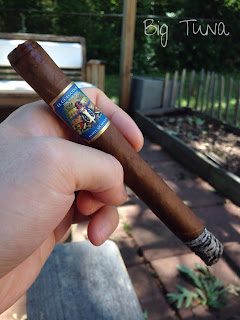 The first third begins with some creamy flavors that are pairing wonderfully with this sweet nut, Asian spice and heavy earth profile. There are some dried cedar and additional wood notes on top of that, and it has soft sweet tobacco flavor that I get with tobacco from Jalapa on the finish. It is a complex blend and very balanced, and there is a nice amount of depth on top of that. I would classify the cigar as being medium-full on all counts, and this is a great example of AGANORSA tobacco at youth. Similar to a Habanos, I find that cigars that are 100% AGANORSA smoke well young, but age wonderfully. The construction overall is solid and it is producing an even burn line with a nice charcoal colored ash. The ash is slightly flaky, but holding on well to the end. 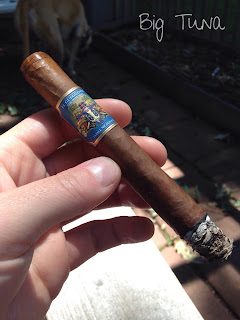 When I get into the second third of the cigar I find that the sweetness from before has faded some and it is showing a more salty profile. I am getting some salted nut flavors, and it has some salted wood aspects as well, reminiscent of some Habanos. There are some tobacco notes present as well, and it is showing some dry earth with a faint amount of spices present on the finish. The cigar is smoking around a medium level in my opinion and the flavors are great with the body and strength. I felt it came down a notch in terms of body and strength, but it delivered tons of flavors. The construction continued to smoke at the level at which it did in the first third, and delivered a charcoal  colored ask that was slightly flaky, and there was a nice burn line on top of that as well. 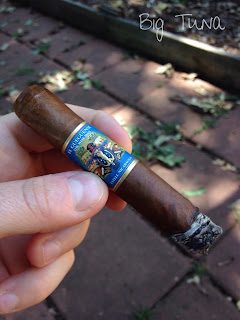 I am in the final third of the cigar now and I am finding that there is more transitioning in this third as there was in the second third. It is not as “salty” as it was in the second third, nor is it as sweet as it was in the first. The final third really delivers a natural flavor profile, and it is very balanced between all the parts of the cigar. I am getting some nice tobacco and wood notes, and it has a finish of soft spices, dry earth, leather and nuts. The final third is very smooth and it is a nice closing to the cigar. There is a lot of balance and it has a nice strength and body level which is between medium and medium-full. In terms of construction the cigar is smoking just as great as it had been, and it is delivering an even burn line with that flaky charcoal ash on the end. The draw is cool to the end, giving off a nice bit of smoke, and it is a Churchill I smoke to the nub. 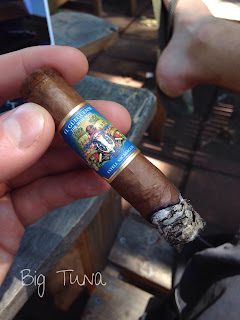 I would like to begin this conclusion by saying that you will not see a lot of non-Cubans get reviewed here. Who knows if I will do it again, but this is a cigar worth talking about here because of what it is. Besides the fact that TABSA, Casa Fernandez are not known for producing Churchills, you could say the same of Nicholas Melillo I guess, the US market as a whole is not known for the size. Yes, companies release Churchills to the market, but not to the degree the Cuba does, and often in a much larger format than the traditional vitola offering. As a society, the country has forgotten to take the time in making and enjoying the size, which is a total shame, but Foundation has something very special with this Churchill that true lovers of the size will enjoy. This 7″ by 48 ring gauge cigar delivers complexity and depth throughout, and with that is a nice bit of transitioning through each third. The construction was fantastic as well, and it was an amazing smoking experience. I typically save Saturdays or Sundays to be days where I light up a Sir Winston, Coronas Gigantes, the classic Churchill or even an Espléndidos, but with El Güegüense, I have found a new Churchill offering to add to the rotation. Right now, the cigar gets a 91-93 rating, but like a great Habanos, it will age wonderfully and I believe it will score between a 93 and 95 in at least a year.

*Cigars for this assessment were provided by Foundation Cigar Company/