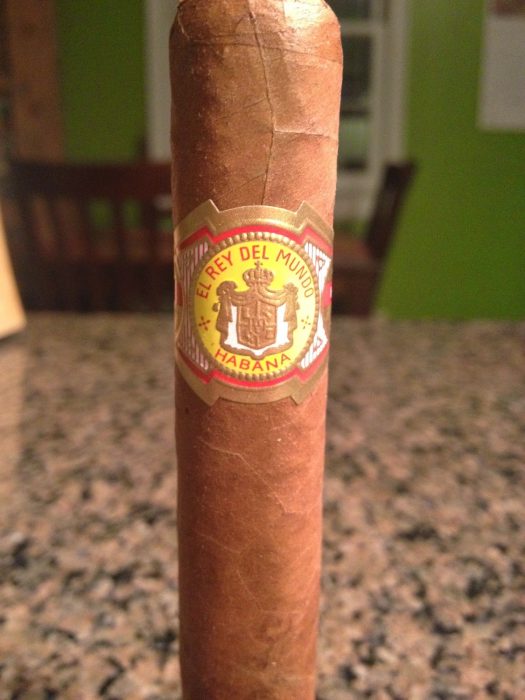 Created in 1848 by Emilio Ohmstedt, the El Rey del Mundo brand was at one time one of the most revered brands. It is believed to be created by the same individual who created the Sanco Panza brand and that was around the same time. Supposedly some years later the brand died and was forgotten when the creator Emilo Ohmstedt died of illness or age. It was then in 1882 that a man by the name of Antonio Allones, one of the creators of Ramon Allones, resurrected the brand and brought it  back to the market. Under the direction of Antonio Allones the brand reached whole new levels, and in 1905 the company was bought with the Díaz Hermanos y Cía merger. The brand continued to do well after the merger and was a hit through the Revolution. As the market began to crave stronger cigars though the brand began to lose some interest among smokers and became smaller and smaller.

Talking about El Rey del Mundo, with is Spanish for King of the World, we are going to talk about its most famous vitola. This Habano has been in production since before the Revolution and is the Choix Suprême. It is a vitola that is close to being a robusto, but not quite there. It is classified as a Corona Extra and is called a Hermosos No. 4 in the factories. It measures 127 mm (5.0″) with a 48 ring gauge. The tobacco is all from Vuelta Abajo and is classified as a milder to medium body Habano. The Habano is pressed lovely and it has a solid triple cap applied. The wrapper is smooth to touch and it sports no veins with neither oils or a silky texture. It is almost a fine sanded grit that is on the wrapper and it firm to touch. There is a nice subtle press to the Habano and it features an aroma of sweet hay, leather and wood. I have not had may El Rey del Mundos over the years, but let’s get this party started. 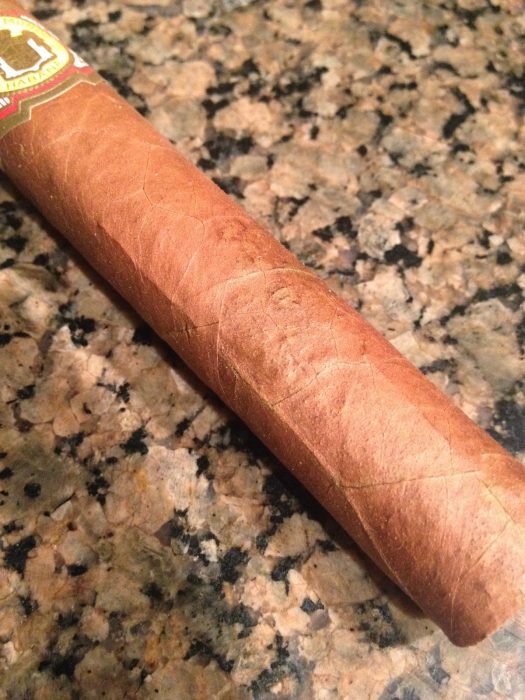 Lighting up the Habano it begins by showing some enjoyable but light flavors. I am getting touches of hay, leather and wood for the most part, but it has this honey and nutty flavor present as well that is very enjoyable. There are some bits of graham cracker on the finish, and it is more a combination of some of the earlier flavors. Overall, the Habano is light and producing enjoyable flavors. I would smoke this more in the morning rather than the evening, and it is a smoke that many could enjoy. I would say the body is right at a mild to mild-medium level and the strength is right at at mild to medium level. Some would say that the Habano is lacking and boring, but I think in its simplicity comes elegant and enjoyment. The construction is top notch as well and it is producing a draw that is cool and flavorful with a nice bit of smoke and a lovely ash on the end.

When I get into the second third of the cigar I find that it is producing some more floral qualities and they are pairing with those notes of hay and cedar. It is still producing those honey, graham and nutty flavors, but the floral addition is a nice one and it adds to the complexity overall. This is a soft cigar and the flavors are subtle, but when you concentrate on them you can pick them all up. This is an elegant cigar and it is producing a body that is right at that mild-medium level, the strength is there as well, and it is enough to grab your attention but not be too much at the same time. It is still a morning smoke for me, and it is a Habano I would have with a cup of coffee or cappuccino in the morning. The construction continues to be wonderful in this third and it is showing that even burn line with a lovely charcoal ash. The draw is perfect, not too loose or tight, and the smoke production is dead on. 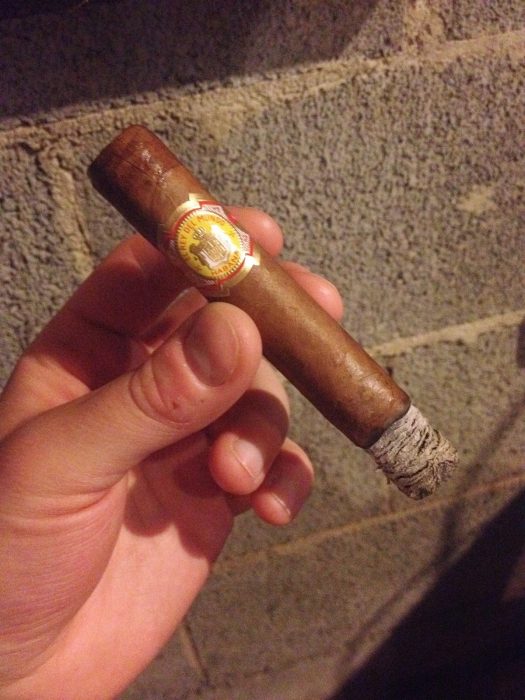 I am in the final third of the Habano now and it is becoming creamier by the second.I would not expect a smoke to get creamy in the final third, but this one is. It is showing those terrific cedar notes, light spices, honey, floral and graham flavors, and this is how every Habano and cigar in general should end. It is incredibly flavorful and it is a finish that is smooth and easy, and makes you want to smoke another. It does not kill you or your palate, but leaves you satisfied. I would say that it is smoking at a medium body in this third and the strength is right there as well. It is a Habano that I would have in the morning and early early afternoon, at least this third, so I would light it up around 10:30 or 11:00 AM. The construction remains perfect to the end and it is producing that even burn line, lovely charcoal ash and a cool draw that is flavorful.

I really enjoyed this Habano and I would smoke them again. Would I have a lot of these stored up in my humidor? Probably not, but that is because it is not in my flavor wheel. I know a lot of guys who do love this smoke though and I can see why. It is an interesting brand for me because for some reason I think and want it to be fuller in body and strength. In reality, it is a brand that is lighter and one of the lightest brands that Habanos has in its portfolio. The construction on this smoke was perfect from beginning to end and the flavors produced were terrific as well. There have been some great vitolas under El Rey del Mundo that have been discontinued over the year, which is a shame, and a lot of them I think would speak to me overall. I am giving this particular Habano between a 91 and 93. I think that age really helps the smoke out and if anything, it has a great name with Choix Suprême. 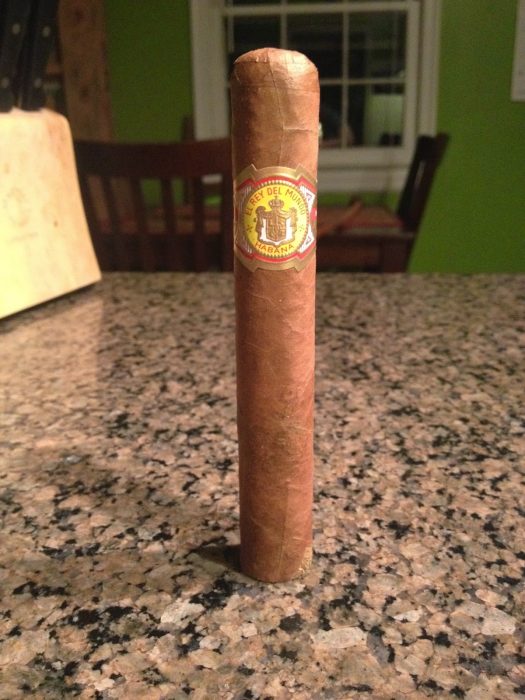