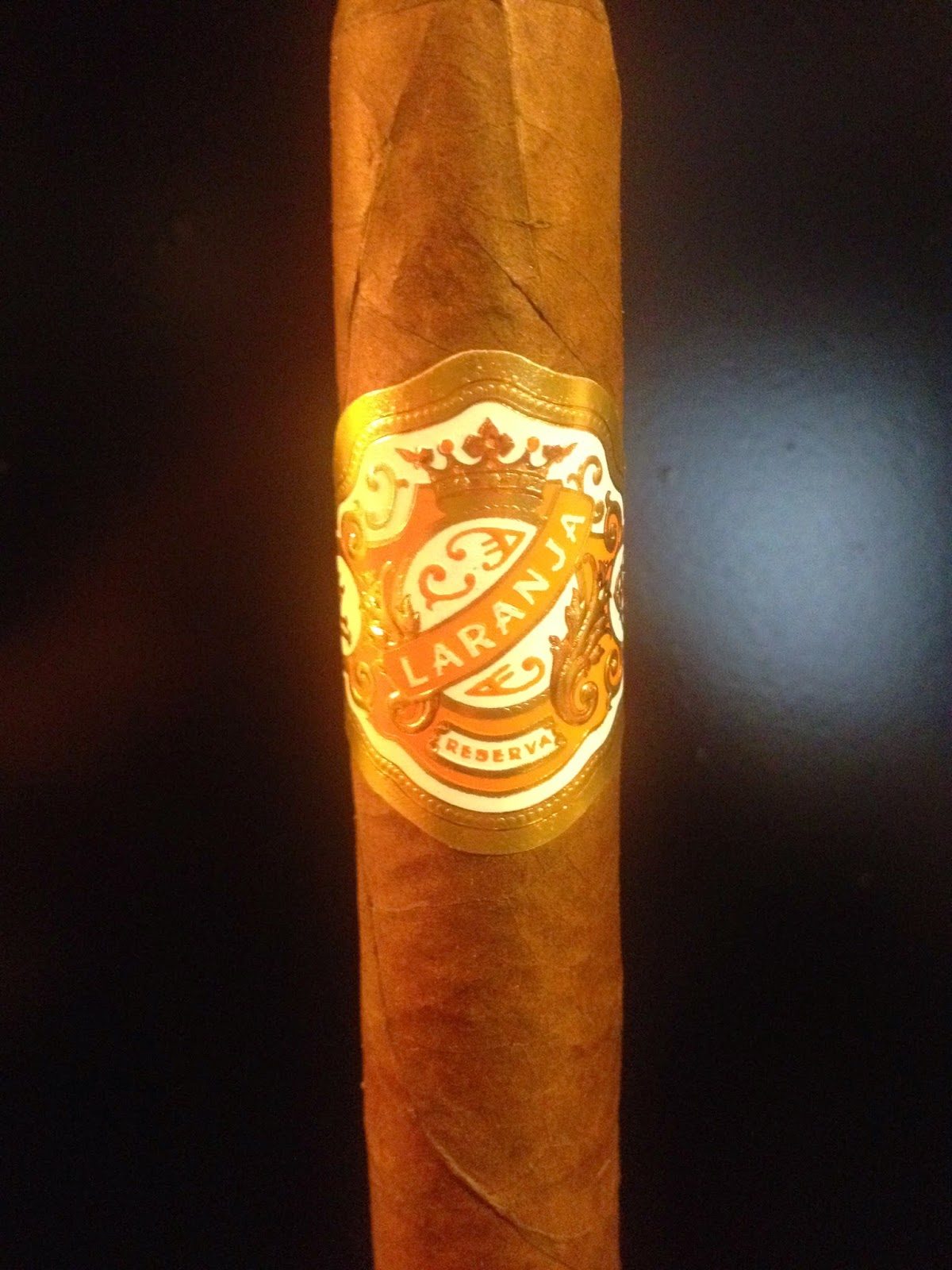 I love it when a manufacturer changes things up and releases a line that is not what you would expect from the brand. It is always great to see these companies leave their comfort zone and head into an area that is unknown to them and new to us as well. To do this, Erik Espinosa decided to release a new cigar this year for Espinosa Premium Cigars, and release a cigar that was very different from what we have seen from the company. The cigar revolved around a unique wrapper that is from Brazil, a country that is mostly known for its Mata Fina tobacco, but this wrapper is not Mata Fina. This wrapper is called Laranja and like it’s name, which is orange in Portuguese, it is orange in appearance. We have seen Brazilian Habano wrappers used in the past, but it is the first time we have seen Espinosa take on a wrapper from Brazil, and I look forward to see how it smokes. Enough with the introductions though, let’s take a look at the Espinosa Laranja Reserva.

For this review I chose the Toro, and the cigar is your standard toro that measures 6″ with a 52 ring gauge. The bands are not your typical Espinosa bands, and I find that the bands is a little bit more classy and the foot band is a nice touch as well. The cigar features a Brazilian Laranja wrapper, and Laranja is Portugese for orange. Under that is a filler blend of Nicaraguan tobacco with a Nicaraguan binder.The cigars are made in Esteli, Nicaragua at La Zona Cigar Factory and are rolled in the Cuban fashion. The toro has a beautiful color to it and the name of Laranja is fitting for the cigar. The orange coloring is gorgeous and it has this nice Colorado coloring present as well. There is a lovely triple cap on the cigar and it is rolled well. There are very few veins present overall and it has a smooth texture to the cigar. There is an aroma of toast, cedar, spices and red pepper on the cigar, and it is a nice comforting and warm aroma. 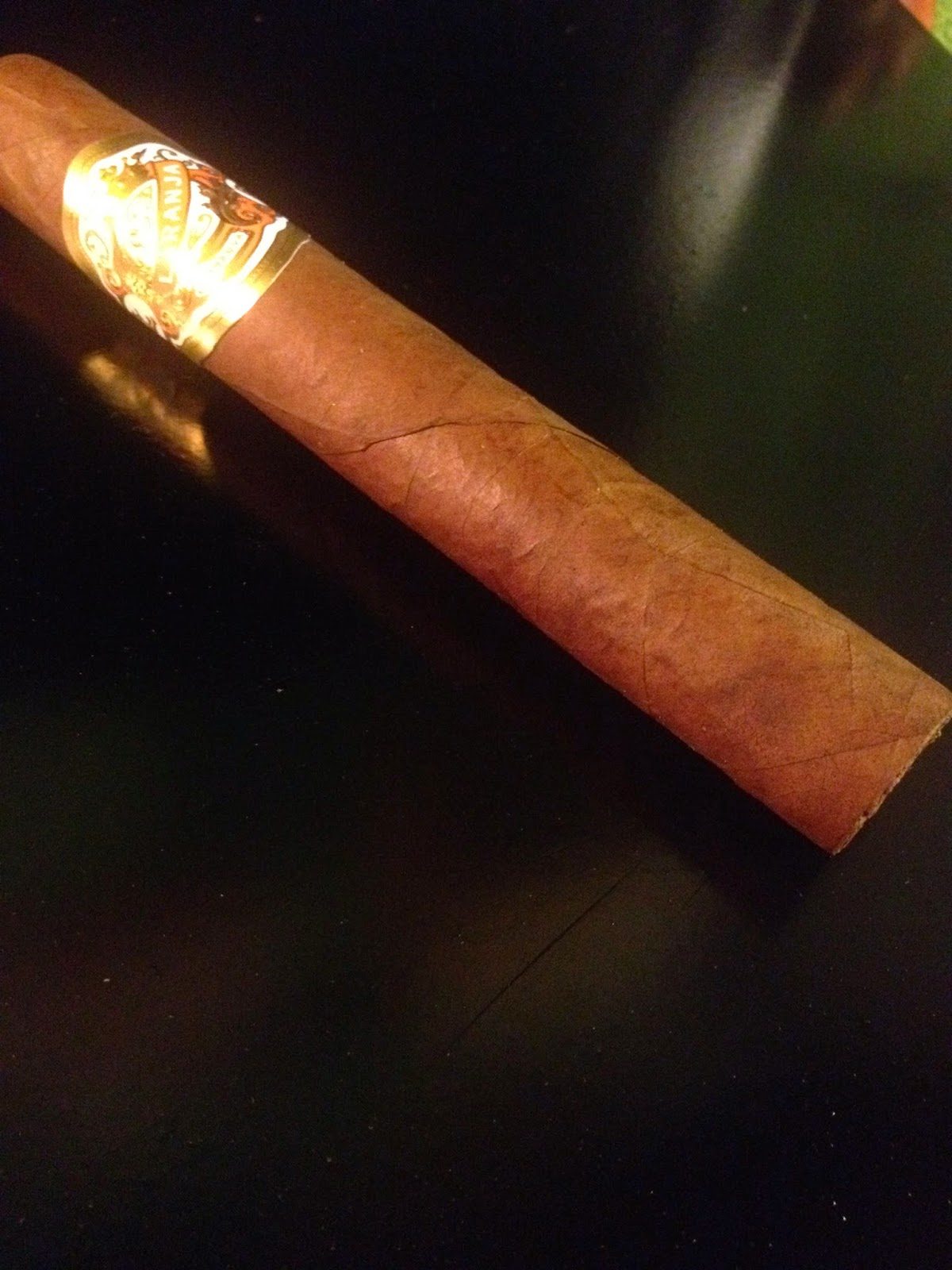 The cigar begins by showing a lot of spice notes. I am getting tons of red pepper for the most part, but it has some cinnamon qualities present as well. It is paired with some toast and nutty qualities, and it has this dry cedar flavor profile on the finish. There is a mineral quality as well, that is slightly sweet, but for the most part this cigar is all about the spices. I would say the strength of the cigar is at an easy full level, and the body is right at medium full. To me, this is a late afternoon and evening cigar, and if I smoked in the morning I would need to have a good breakfast. The construction is nice on the cigar and it has an even burn line with a charcoal coloring there as well. The draw is super easy and producing a nice bit of smoke, and it is a cool draw despite the dryer and stronger flavors.

When I move into the second third of the cigar I find that the flavor profile remains fairly consistent with that of the first third and it is a spicy and dry cigar. I begin to pick up these orange rind notes, which I thought were more mental because the name of the cigar and so forth, but after really concentrating I realized I was getting some orange rind notes. It is paired with those pepper notes that have been present from the beginning and this is a full body and full strength smoke. The body and strength are really noticeable and powerful in this cigar and it really reminds me of some powerhouse cigars that were hitting the market years back. It is very different from other Espinosa stuff but at the same time riding on that full strength and body wave. The construction remains similar in this third and it is showing a fairly even burn line with that charcoal ash on the end. The draw is cool, producing a nice bit of smoke, and so far the cigar is fairly similar and enjoyable. 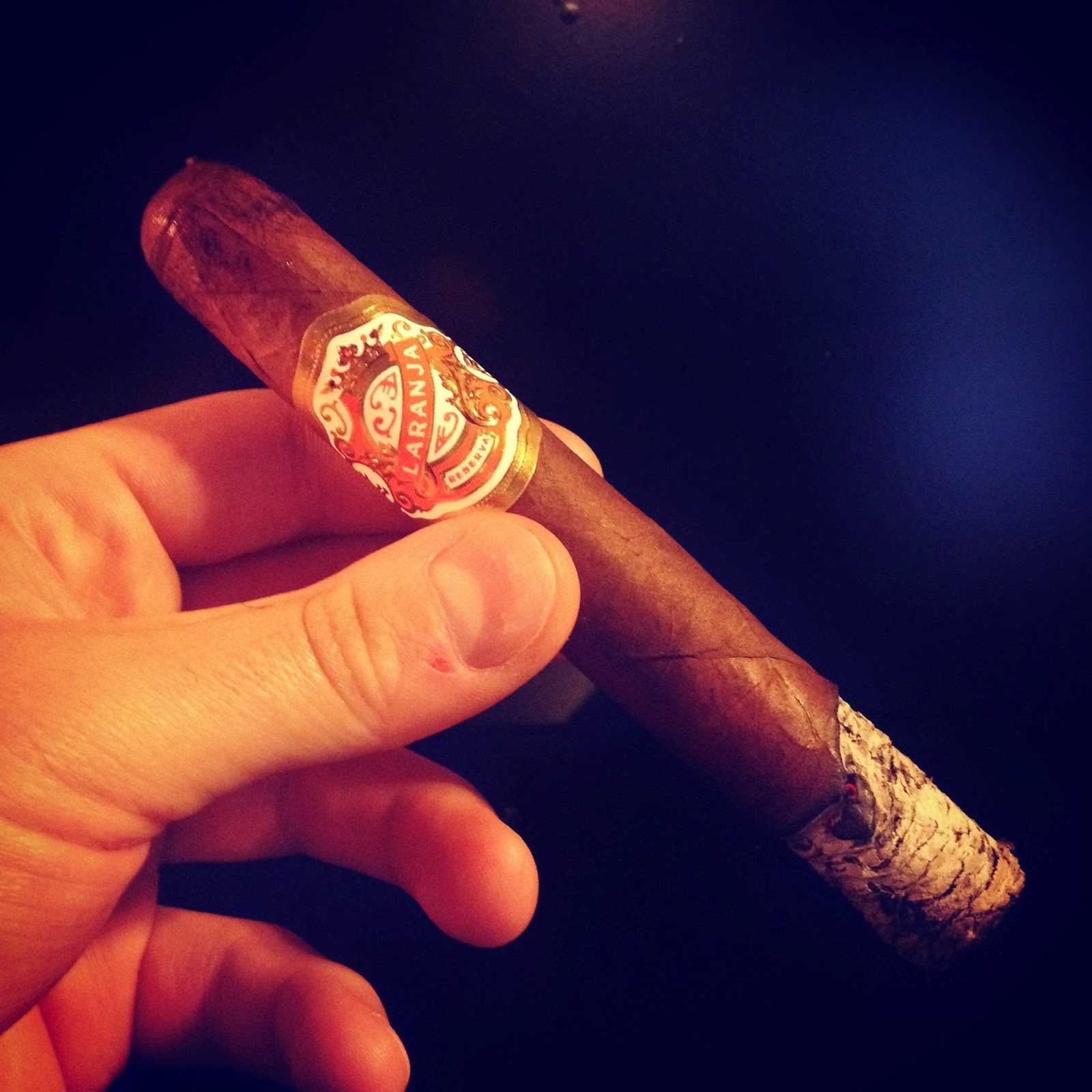 I am in the final third of the cigar now and it is finishing very much like it began. There are a lot of pepper and cinnamon notes, and it has this cedar, toast and mineral flavor profile present as well. The nutty qualities are slightly present, softer than they were initially, and the orange rind flavors have become softer as well while showing a less sweet flavor. As I have said from the beginning, this is a peppery and spicy smoke and a full one at that. The strength is still at that full level that it was when I first lit up the cigar and the body is full tilt as well. This is a later in the day cigar for me, I am not going to deny it, it is a little much for me right now, but I enjoy the flavors being paired with the strength and find them to complement each other. The construction remains identical to what it has been from the beginning and it is showing that fairly even burn line, charcoal ash and a nice bit of smoke on a cool finish.

The Laranja is an interesting new offering from the company and I like the use of the Brazilian wrapper. It is not my cup of tea as a cigar in general, but there are many who will enjoy it. I actually find myself enjoying his Espinosa Habano the most out of everything he has made, and that is a cigar that is meant to be smoked by me. I felt this cigar lacked some complexity and transitioning, but if you are looking for a cigar that has a core flavor profile that is spicy and is a cigar that is also strong, you will enjoy it. I can see my bud Logan Lawler really liking this cigar because of what it offers in strength, but if it were a little bit softer in that sense I would be able to smoke these more often. The construction was solid with this cigar as well, and from the beginning it presented no problems in that category. I have smoked through four of these now and looking back on them I wish they had just a little bit more in terms of complexity and flavors. I am giving the cigar a solid 89 rating and would like to smoke the smaller offerings to see if I get some change. 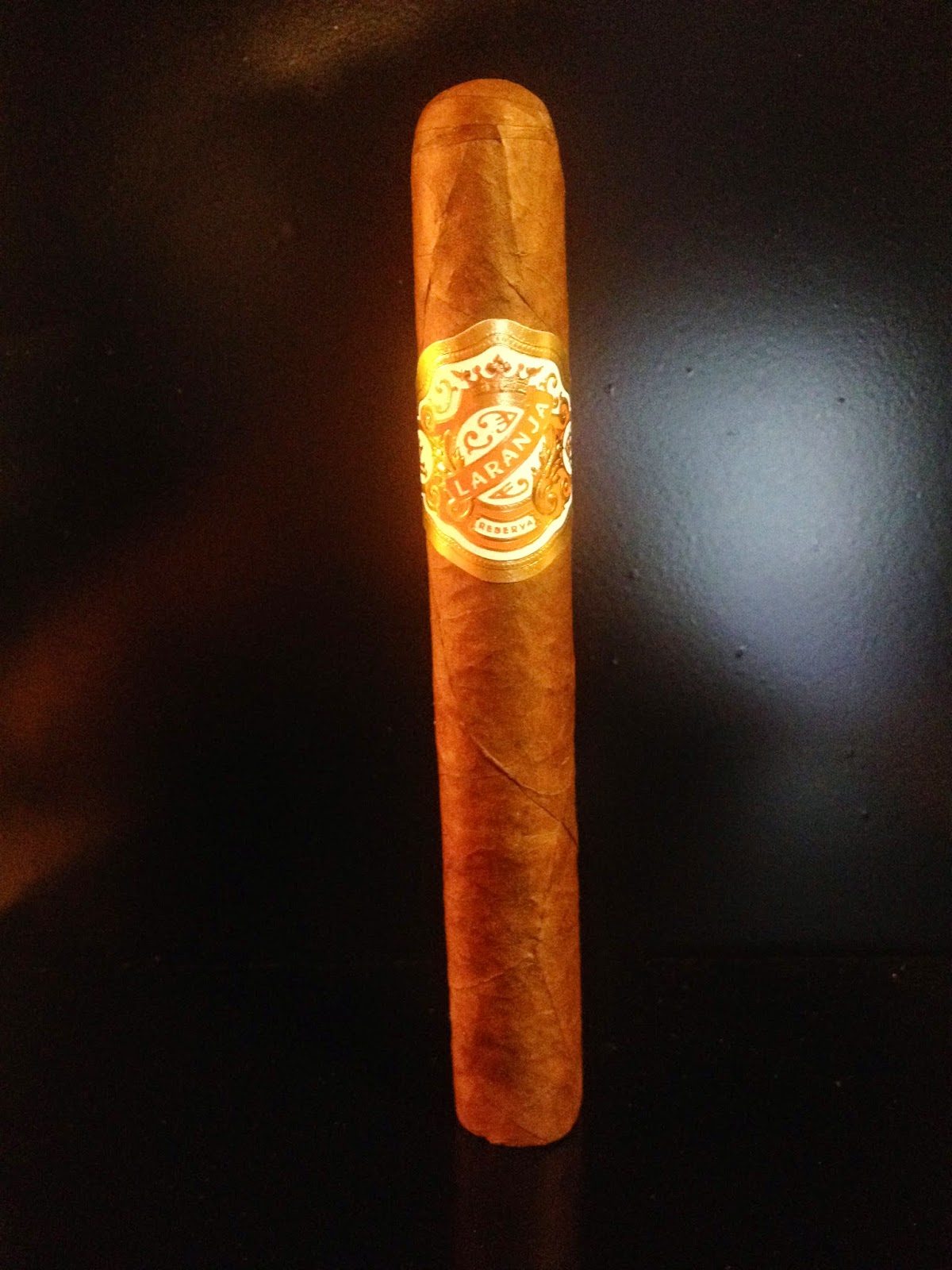