I have always said that if the opportunity presented itself for me to make a cigar I would do so. I have also admitted with that statement that I would end up making vitola offerings in the line that would not appeal to the masses. It would not do well commercially, but would be a cigar that spoke to the true cigar enthusiasts. I am sorry, but at the end of the day a majority of cigar smokers are misinformed on what defines a terrific cigar. They are all about going for a big cigar and do not pay attention to the important details. I am not going to bash them for it, it is not completely their fault, but they are missing out on the opportunity to smoke something truly incredible. I have often thought of Lanceros, Coronas and Lonsdales, but a great boutique company thought of something even better. The company is Ezra Zion and they thought of a cigar that would be composed of high quality age tobacco, limited in quantity and would be rolled in a petit corona format.

The cigar is Tantrum by Ezra Zion Cigars and is the most recent release from the company. The cigar is a limited quantity release and total production is at 1,500 boxes of 28 cigars. (42,000 cigars) They are calling the size Prensado Pequeño, and it is a box pressed “petit corona.” It is a cigar that measures 4.4″ with a 44 ring gauge and it is shorter and thicker than your standard petit corona. The cigar is composed of filler tobacco that is between 5 and  7 years old and is Grade AA Nicaraguan tobacco. The wrapper is also aged tobacco and is Limited 1999 Cuban Seed Corojo. Once again the Ezra Zion team worked with the crew from Casa Fernandez, and the cigar is made in Nicaraguan at Tabacos Valle de Jalapa S.A.. The cigar has a lovely press to it and is constructed wonderfully. There is a nice firmness to touch and it has a little give. The coloring in my opinion is a solid Colorado and it shows this lovely light red and brown coloring. The wrapper some veins and minor bumps throughout and it has an aroma that shows bits of spices, leather, cedar and toasted nuts. 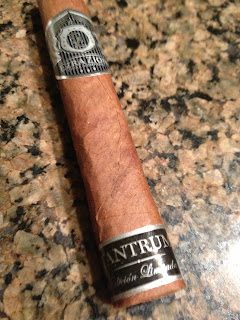 The cigar begins by showing some great pepper notes and I mean it is peppery. There is this lovely black pepper vibe going on and it is accompanied by some solid tobacco and earthy notes. There are bits of leather as well to the cigar and there is some oak and toasted nuts as well. I am getting these slight dried fruit notes that makes me think of currants and this little baby is a flavor bomb. It is pretty incredible how much is going on right now. The construction on the cigar is terrific and it is producing a beautiful burn line that is razor sharp. The ash has a nice charcoal coloring that is holding on firmly to the cigar and there is a great amount of smoke being produced. I would say the strength of the cigar is between medium and medium full overall and the body is at a solid medium full level.

I am in the second third of the cigar now and the cigar is growing in complexity and showing some great transitioning. I am finding that there is a more pronounced sweet earth and cocoa flavor profile in this third and the pepper flavors have taken a back seat. The oak and toast nut notes are still very prominent as well in this third and it has a leathery and tobacco flavored finish. Construction wise this cigar is still noting but perfect and with the razor sharp burn line I am still holding on to the solid dark charcoal ash that was present in the first third. It is remarkable the ash that is holding on to this cigar and all the flavors being produced. In terms of body I would say the cigar is remaining at strong medium full and the strength of the cigar is at a medium full level as well. This little cigar is simply awesome! 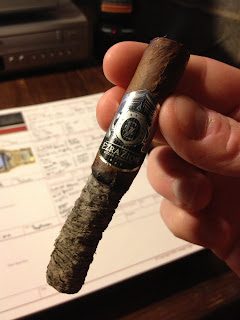 The final third of the cigar shows a return of the pepper flavors from the first third and it is a whole new cigar from the second third. The sweet earth notes really have faded away in this third and it is showing major pepper and spice notes. There are those solid leather, toasted nut and oak notes to the cigar, but it really has a nice spicy and pepper finish. The last few puffs show some coffee and tobacco notes and it really has an ending that makes you want to light up another one. If you were smoking this for a short 45 minute drive you will want to turn that drive into a 90 minute drive so you can smoke another. The construction in this third is still terrific and it is producing a wonderful burn line. I tapped the ash from the first two thirds off the cigar, but if there was no band it would be holding on well. The body if at solid medium full level and the strength at the end is a strong medium full. The last few draws are cool and I take the cigar to the petit nub.

This is a terrific cigar that offers a wonderful smoking experience in a short time. There is a great amount of balance between strength and flavors and the construction is wonderful as well. From beginning to end the cigar produces a burn line that is razor sharp and with that comes a solid ash. The ash holds on firmly past the halfway point and you do not see that often with a cigar of this size. The smoking experience is terrific in terms of construction because you get a lot of smoke but each draw is cool. Even at the nub I am getting a draw that is cool and producing tons of flavors. The cigar really does well in my rating  because of all the qualities it shows in such a small cigar. When you condense a cigar to this size you really have to make sure that everything is perfect because one minor thing can have a huge impact on a cigar of this size. I believe this to be the best cigar Ezra Zion has released to date and it is a cigar I would smoke a lot of. I am always in search for a terrific cigar that can be consumed in a short time period and I can say this is one of the best. I am giving this cigar a solid 93 and this is a stick that many need to pick up right away. Production is limited and these babies will move fast. 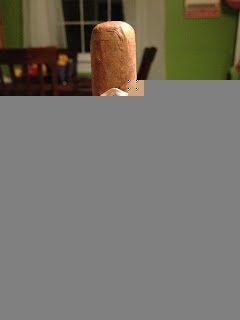 * cigars for this assessment were gifted to me by a friend.