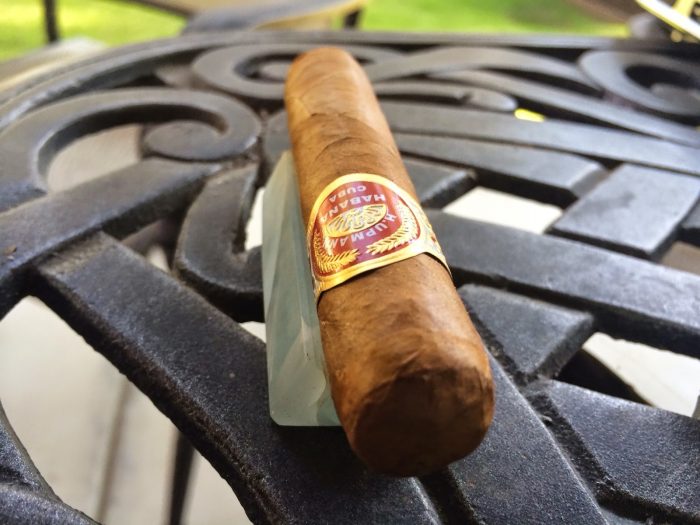 President of the H Upmann Whore Fan Club checking in, with yet another review of an Upmann blend. For this review, I chose my last H Upmann Coronas Junior from 2011, a smaller cigar only sold in a tubo, measuring in at 4.5×36. I grabbed this box a while back for something smaller, to fit in that 30min smoking range when time is short and you want a good smoke.  Given the emergence of the Half Corona, the Coronas Junior had not really caught my attention in quite some time, so I had forgot about having these stashed away.  Since it is a rather small cigar, I broke it up into two halves for review.

First Half: The Corona Minor began with notes of toast, and leaned on the grassy hay side. There was not much richness to the blend, but the nose had significant strength.  The front of my mouth picked up big musk notes, while the retro awakened the senses with power. The finish was not very long, and some bean notes joined the musk towards the mid-point. 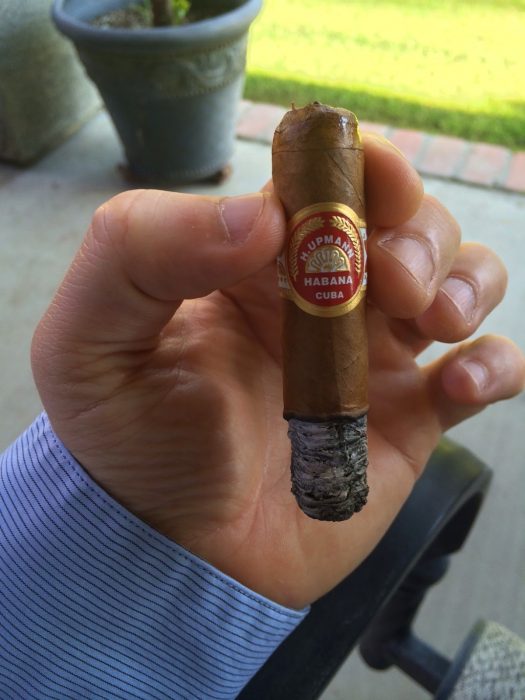 Second Third: The halfway mark of the Corona Minor had a nice vanilla pickup, a note specific to Upmann blends that I love dearly. Rich coffee and bean notes continued to develop, and the retro became very strong with hefty red pepper burn. The progression saw coriander, vanilla, cream, and coffee for the second half. The complexity was rather impressive, with a nice full flavored ending, but the finish lacked depth and length. 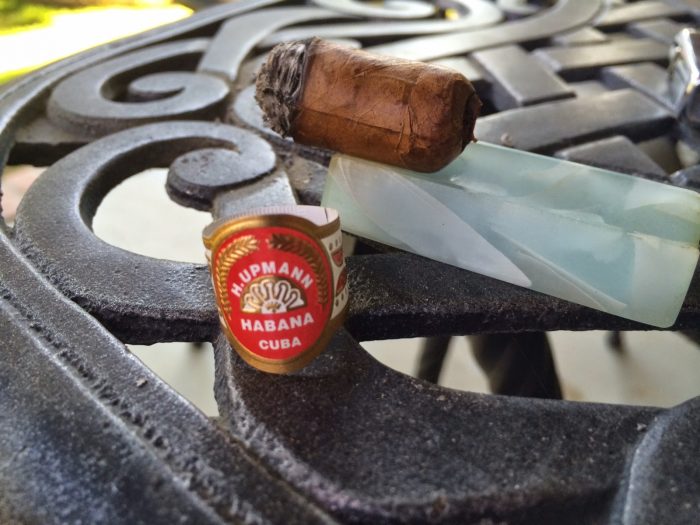 Final Thoughts:  While I enjoyed going through this box, I think the Half Corona or Majestic is a better choice for my money. The size is appealing, as the cigar itself is rather small, and fits a good 30 minute break. The complexity lacked in the first third, opened up in the second, and the body was what may appeal to some smokers. I you want a fuller spicier small cigar, the Corona Minor is your pony.