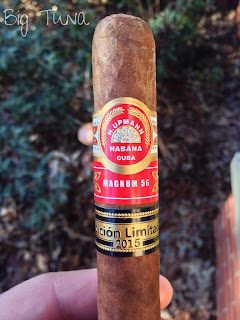 As I have said countless times, the H. Upmann brand is a brand that is on the rise for Habanos S.A. Since the brand became a Global Brand in 2007 it has begun to receive more releases, regular and limited production, and it has also begun to receive more praise from consumers as well. I enjoyed the line before it became what it is today, but with the increase in popularity the brand has become better. With that increase in popularity and demand, Habanos S.A. announced that the brand would be receiving its fourth limitada this year. The limitada would be an “extension” of the regular production Magnum releases, and would be a larger offering titled Magnum 56. While this is not the largest limitada to be released, it is actually the second, it is one of the largest H. Upmann releases of all time. 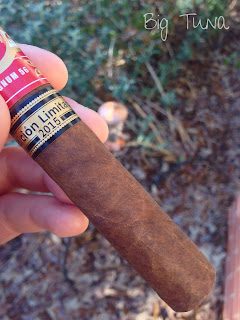 The Magnum 56 is massive in hand but overall light in weight. For being as large as it is, I would expect the weight to be more than it is. For reference, the Habanos weighed 16 grams while a Davidoff Escurio Robusto weighed 14 grams. A cigar much smaller in size. Other than that, the triple cap is applied perfectly and the three bands are applied well to the Habanos It has a nice coloring, a solid Colorado, and the wrapper itself sports minimum veins. It has an aged quality to it, and there is some tooth present. The foot is showing an aroma of hay, leather, tobacco and soft cocoa, while the wrapper is producing notes of hay, tobacco and earth. 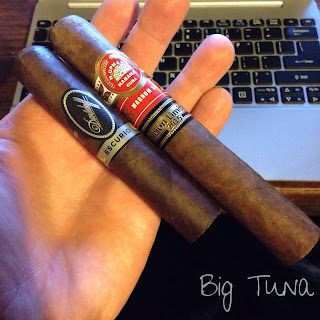 The Habanos opens up by delivering some pronounced and strong flavors, and I am picking up some black pepper notes from the beginning. There are some seasoned wood and leather notes as well, and it has a manure and barnyard quality on top of that. Those strong spice notes continue on and it is delivering some sweeter spice notes as well, but still showing those strong black pepper flavors. Overall, a flavorful H. Upmann and a great larger ring gauge offering. The construction has been fairly decent, burn line is not that great, but the draw is smooth and cool. The Habanos is producing a dark charcoal colored ash on the end, and it is holding on firmly overall. I would classify the Habanos as being medium-full to full in body and strength thus far.

I am in the second third of the Habanos now and I am finding that the pepper notes have faded and it is showing some more traditional H. Upmann flavors with some amped up strength and youth. I am getting those barnyard and tobacco notes, and it has some leather and spices with that. There are some coffee qualities present as well and it a full flavored smoke. The strength and body are smoking at a full level note and it is a strong limitada. The construction remains top notch, actually better now, and it is showing an even burn line with a nice dark charcoal ash. The draw is smooth, producing a great amount of smoke, and it is a cool draw. 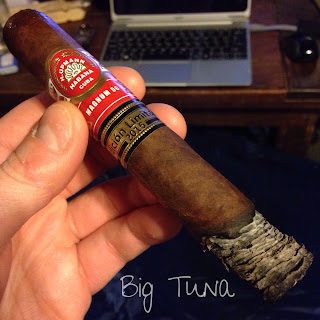 When I get into the final third of the Habanos, I find that the youth becomes very present. The limitada smoked well for the first two thirds, but you can tell that it needs more time in the aging room in the final third. Spice flavors are present overall and it is showing some leather, oak and tobacco qualities. It is showing some H. Upmann qualities, but also some unique limitada qualities. Overall, the construction is fairly solid in the final third and it is producing a  nice burn line with that dark charcoal ash on the end. The draw is easy, cool overall, and there is a nice amount of smoke being produced. The strength and body are at a medium-full to full level, and the same goes for the flavors. 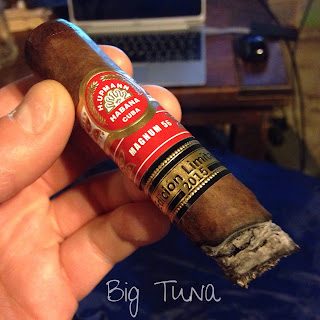 I am a fan of the Magnum 56. I think it is a solid limitada release, a nice large ring gauge release, and a good example of the H. Upmann brand. It shows those H. Upmann qualities, but it had a twist that you would expect with a larger ring gauge format and it being a limitada as well. I believe they will age well in 12 to 18 months, and in five years they will be great. I loved the spice, barnyard and leather flavors present in the blend, and it will be interesting to see where the pepper qualities go over the years. The construction was fairly solid overall, and I think if it were packed with more tobacco it would have gone downhill some. I will say that the Habanos smoked fairly quickly for being a larger offering, but with it being lighter in weight overall, less tobacco used, I am not surprised. I am giving the Habanos a rating of 89-91 right now, but I believe in a couple years it will be in the mid 90’s. This is not my favorite H. Upmann, not even close in all reality, nor is it my favorite limitada release, but a solid release overall. 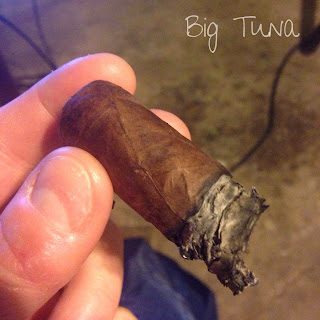 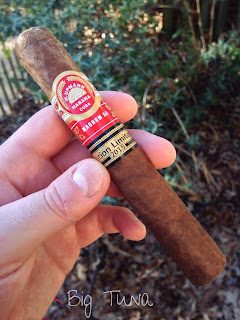