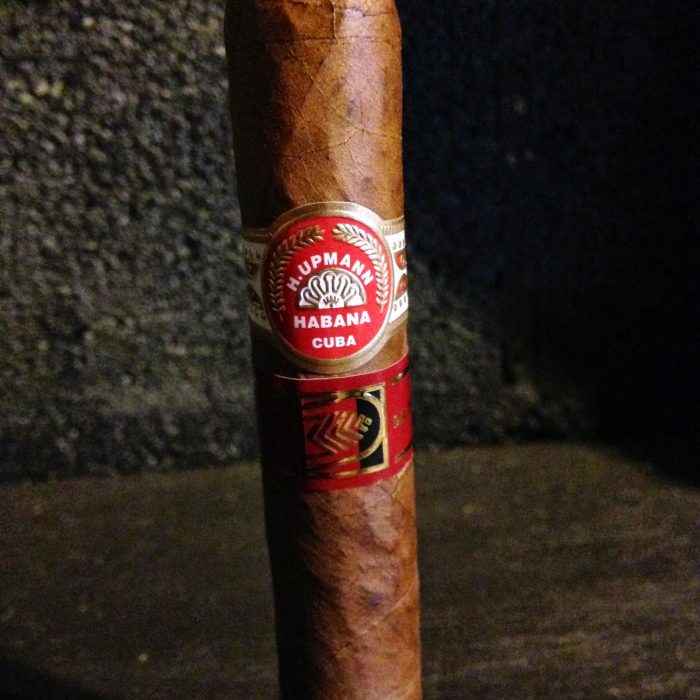 The H. Upmann brand is a brand that earned its rightful place in the Habanos S.A. portfolio in 2007; and since it became a Global Brand that year we have seen Habanos put a lot of focus and time into it over the years. They added the Magnum 50 in 2008, and in 2011 we saw them release two new additions for the brand. One of them was a regular production vitola, the Half Corona, and the other was the Royal Robusto. The Half Corona has definitely made its mark on the industry in many ways, but today I am going to focus on the Royal Robusto which is a La Casa del Habano exclusive. I have had mix luck with LCDHs over the years, some great and some not, but today I see how the Royal Robusto is and if lives up to the greatness that is the H. Upmann brand. There are may who love this particular smoke, and today I share my thoughts on the smoke.
Released for LCDHs around the world, the Royal Robusto is a large robusto that measures 135 mm (5.2′) with a 52 ring gauge. It comes in ten count boxes, and the presentation is spectacular. Composed of only Vuelta Abajo tobacco, production is coming out of the H. Upmann Factory in Habana. The Royal Robusto is draped with a dark wrapper and it has a nice marbled Colorado Maduro coloring. There is a solid triple cap placed atop the Habano, and it shows some minor veins throughout. The Habano is smooth in texture and it shows no silky or oily qualities. The foot is giving off an aroma of raisins, tobacco, rich earth and spices, and the wrapper is showing some leather, tobacco and wood notes. There is a great cold draw with the Habano, and I am eager to light up this smoke. 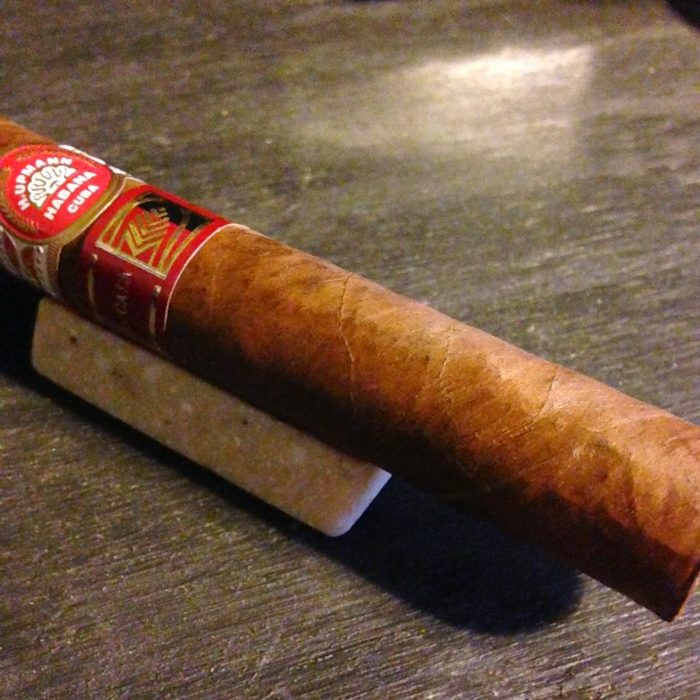 The first third opens up by showing some musty wood notes that are accompanied by light spice qualities. There are some earth and leather notes present as well, and it has a finish of toast, nuts and coffee. It is  fairly subtle flavor profile overall, but it has a nice complexity. So far, this is a lovely H. Upmann and unique in some ways. It has those H. Upmann flavors, but it is softer overall. The construction is fairly solid overall and it is showing an even burn line with a nice charcoal ash on the end. The ash is holding on firmly, and it is a firm ash overall. The draw is cool as well and it is producing a nice bit of smoke with each draw. I would say the body is between medium and medium-full and the strength is at a medium level. So far, a solid first third and I look forward to the second third of the Habano. 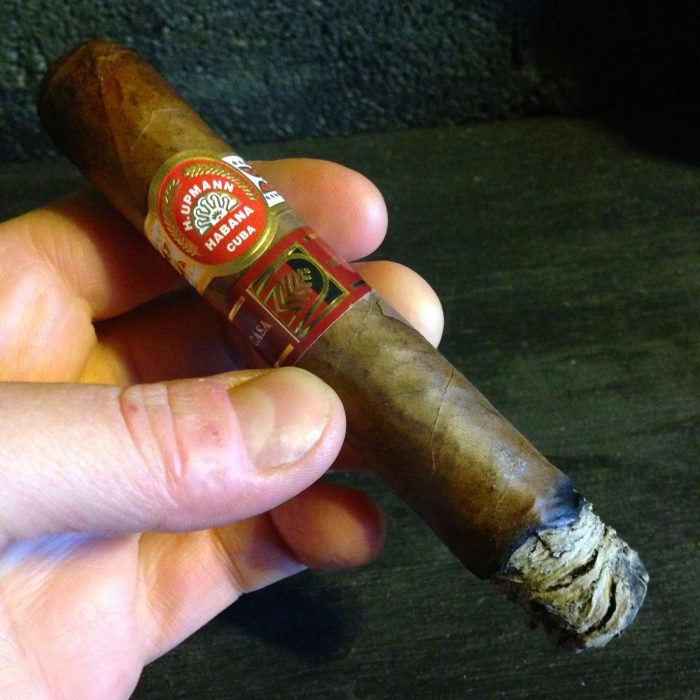 I am in the second third of the cigar now and it is opening up some now. I am getting some more spice notes on the opening, and it has some distinct pepper notes with that. There is some grassy and hay like qualities with that, and it is followed by those musty wood and tobacco notes. There are some earth, mushroom and coffee qualities on the finish, and it has a nice complexity. The construction is top notch with the blend thus far and it is showing an even burn line on the end. The draw is cool and it is producing a great bit of smoke with each puff. The ash is a nice firm ash and it has a solid charcoal ash color. I would say that the Habano is smoking at a medium level in terms of strength, and the body is right there as well right now. It has mellowed while showing more flavors, and it is a solid third. 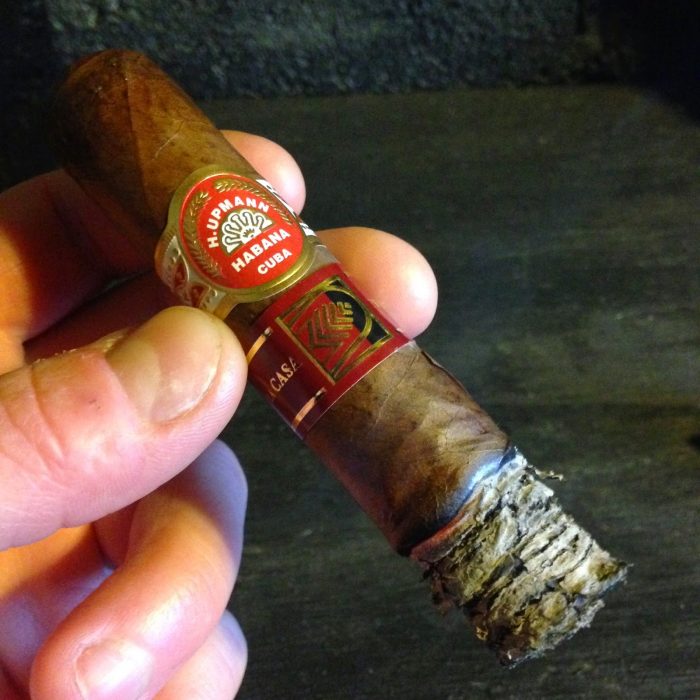 When I get into the final third of the Habano I find that it delivers some solid Asian spice notes and it is delivering some distinct anise notes. There are some pepper qualities present with that, and there is a nice leather and musty wood flavor profile as well. I am getting those tobacco, hay and grass notes on the finish also, and it finishes by showing some soft coffee and earth notes. The construction remains top notch in the final third and it has that even burn line with a that solid charcoal ash on the end. Throughout the entire Habano, the ash has hold on firmly, and that is the case for this third as well. The draw is cool and producing a nice bit of smoke, and it smokes well to the nub. I would classify the final third as being medium overall as well, and that goes for the body and strength. 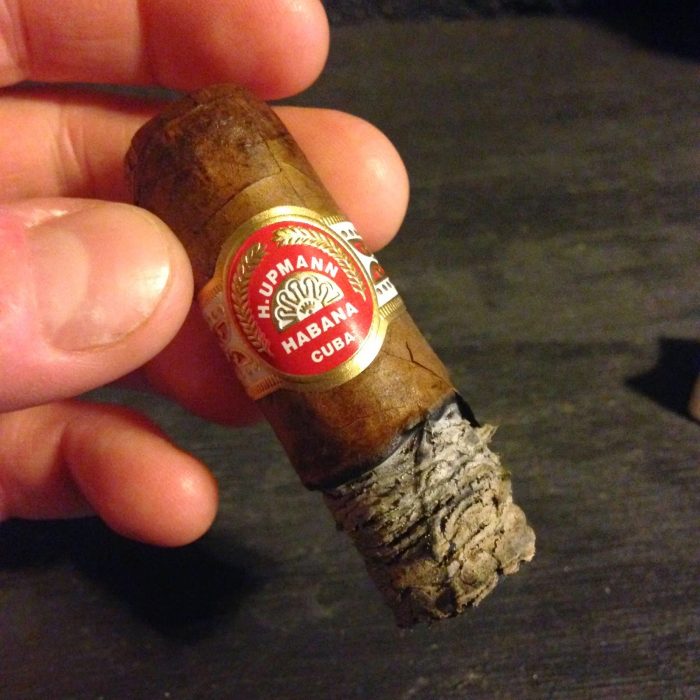 The Royal Robusto is a great addition to the H. Upmann brand, and I believe it solidifies the brand as one of the best brands that Habanos S.A. handles right now. It is a brand that has a solid and well known flavor profile, but with each great vitola there are some unique qualities. I would list my favorite H. Upmanns, but the truth is that I love almost every vitola they offer so it would be a long list. The Royal Robusto delivers great construction, solid flavors, and a nice body and strength level to go with that. I believe they are smoking great now, but with age they will open up even more. I believe they smoke better at a lower RH, and that is why I am keeping them in the low to mid 60s right now. Right now, it is smoking between an 88 and 90, but with age I believe it will be at a level between 92 and 94. 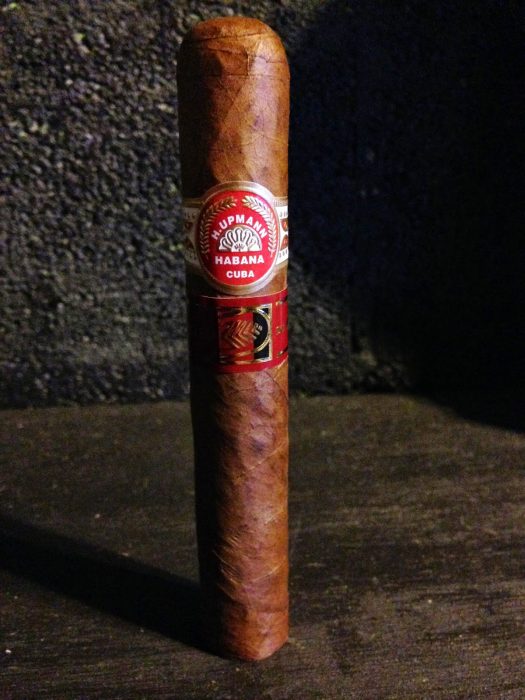