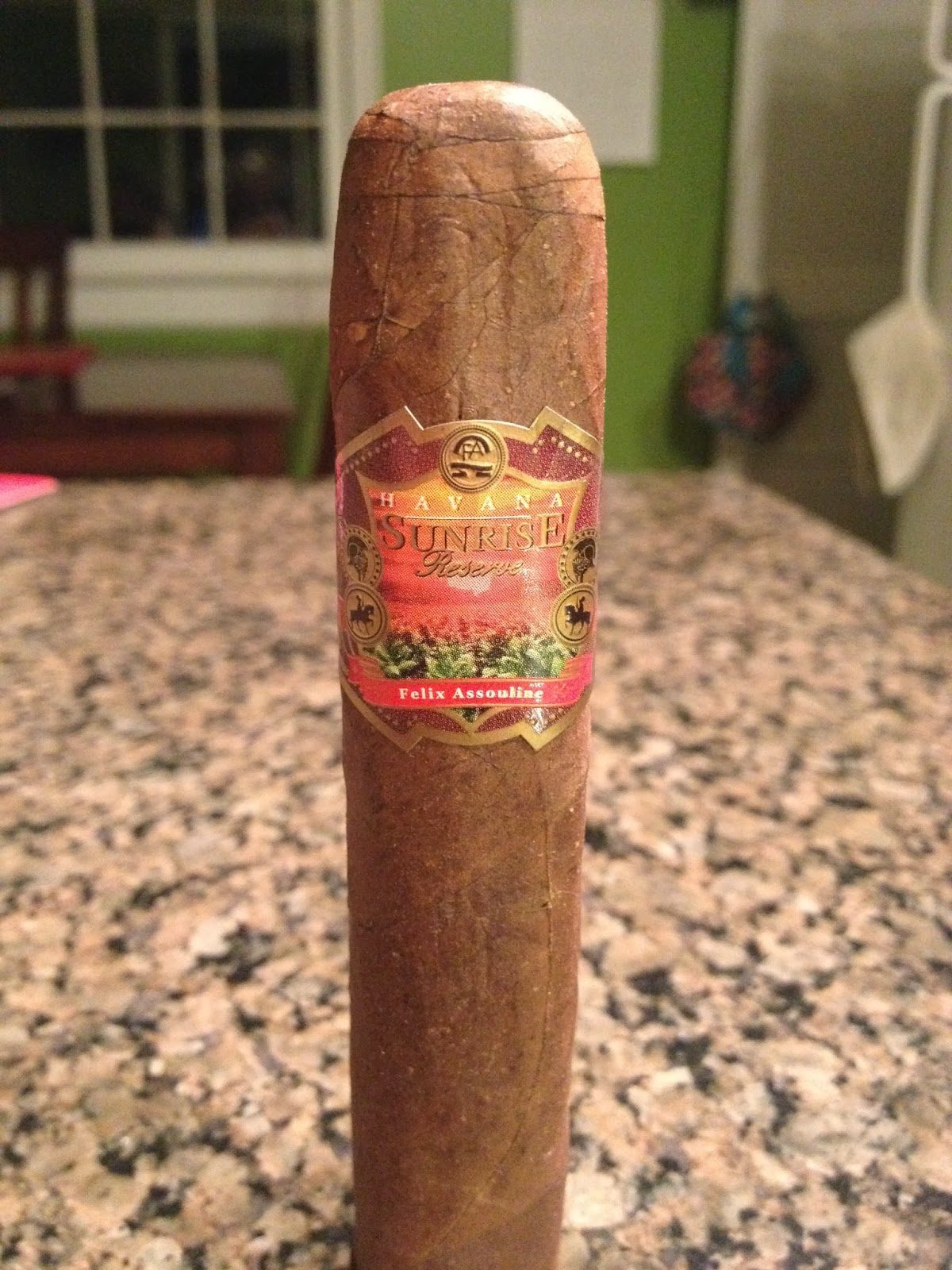 I post this review today because tomorrow I am on Cigar Chat and with us we will be Felix Assouline. This is one of those times where I am going to keep the introduction short, and the reason for that is because I want you to watch the show to really find out more about Felix Assouline Cigars from Felix Assouline. So with that being said, check out Cigar Chat tomorrow at 8PM EST for the low down on Felix Assouline, and for today let’s focus on the Havana Sunrise Reserve.

The Havana Sunrise Reserve is a similar tobacco blend offering to the EGO, except for the wrapper, and is finished with a Habano Criollo ’98 wrapper. The binder is Indonesian, and the filler tobacco is a blend of Honduran and Nicaraguan tobacco, but I know the blends are different. For this review I was given the Prelude, and the cigar measures 4 3/4″ with a 52 ring gauge. Box pressed, like all cigars by Felix Assouline, the cigar sports a Colorado Maduro colored wrapper, and it is like a chocolate bar in appearance. The wrapper is oily to touch and sports a few minor veins here and there. It is not the prettiest cigar out there, but the aroma is awesome. The cigar possesses an aroma that is fruity and spicy, and possesses a rich chocolaty and earthy quality as well. If this is what Havana Sunrise smells like then I could wake up there everyday. 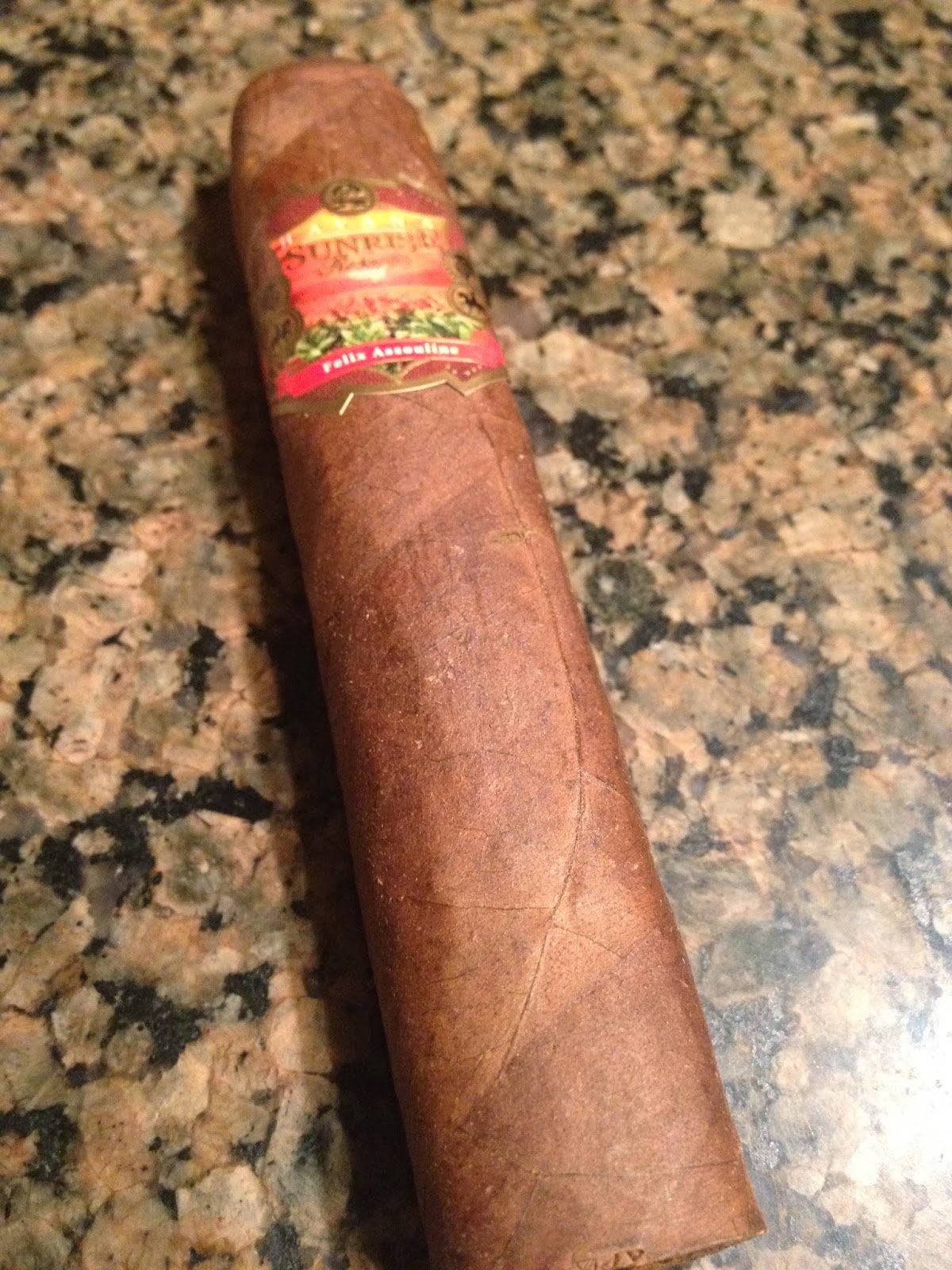 The first third begins by showing some major spice notes. I am getting a lot of pepper qualities, and there are some bitter notes present as well. There is this overall woody flavor as well and it is dried cedar and it adds that dry flavor profile to the pepper notes. Along with those qualities, I am picking up some faint floral notes with herbal qualities as well. To be honest, I was not expecting the cigar to begin in this manner, and while it is not strong, it has some body baby. I would say that the body of the cigar is close to medium full and the strength is right at a solid medium level. It is a cigar that grabs the smokers attention and I would not begin the day with it, but it is easily an afternoon smoke which I find tasty. In terms of construction the cigar is smoking wonderfully and it is producing a great bit of smoke and a razor sharp burn line with a nearly white charcoal colored ash. 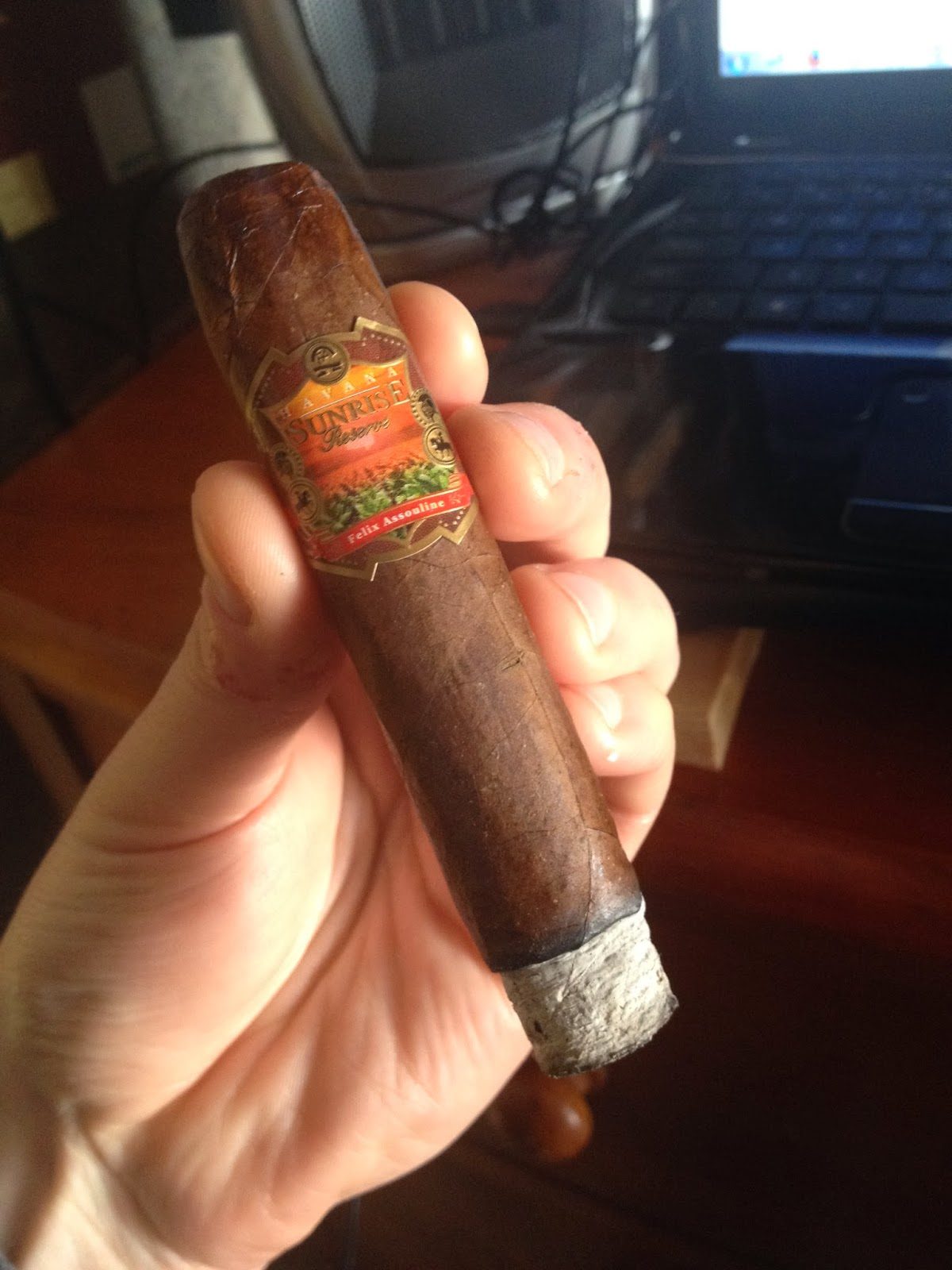 I am in the second third of the cigar now and the cigar is balancing out. I am seeing a rise in some rich earthy flavors, and it checking the pepper and spice notes from before. There are still those dry cedar, floral and herbal flavors present with the cigar, and I would say there is a lot more balance now than there was before. The cigar is still showing a body which is at a medium full level, and I am getting that medium strength level with the cigar still as well. The construction on the cigar is top notch, and it is producing a great amount of smoke with a razor sharp burn line. Since lighting this cigar it has produced a beautiful white ash and it is holding on firmly throughout the smoke.The cigar really shows the quality of Honduran and Nicaraguan tobacco, and it has that sweet richness and spiciness that come  with the tobacco combo. The final third of the cigar is continuing with the balance from the second third and it is a cigar that is rich and sweet while showing some nice spice notes. The flavors of black pepper are present throughout the whole cigar, and while they never diminish, they are checked by some rich earth flavors throughout. I am still getting those floral, herbal and dry cedar flavors present with the rich spiciness, and it is a nice balancing compliment to the cigar which is showing the Nicaraguan and Honduran tobacco flavors. The cigar finishes by showing a body and strength at a medium full level, and while the body has remained the same the strength has increased in this third. In terms of construction the cigar has shown nothing but true perfection from beginning to end. The razor sharp burn line has produced a lovely light gray ash, nearly white, and it has had a cool draw with a good bit of smoke produced. The final draw shows the rich and spice qualities present throughout and it is a strong finish. 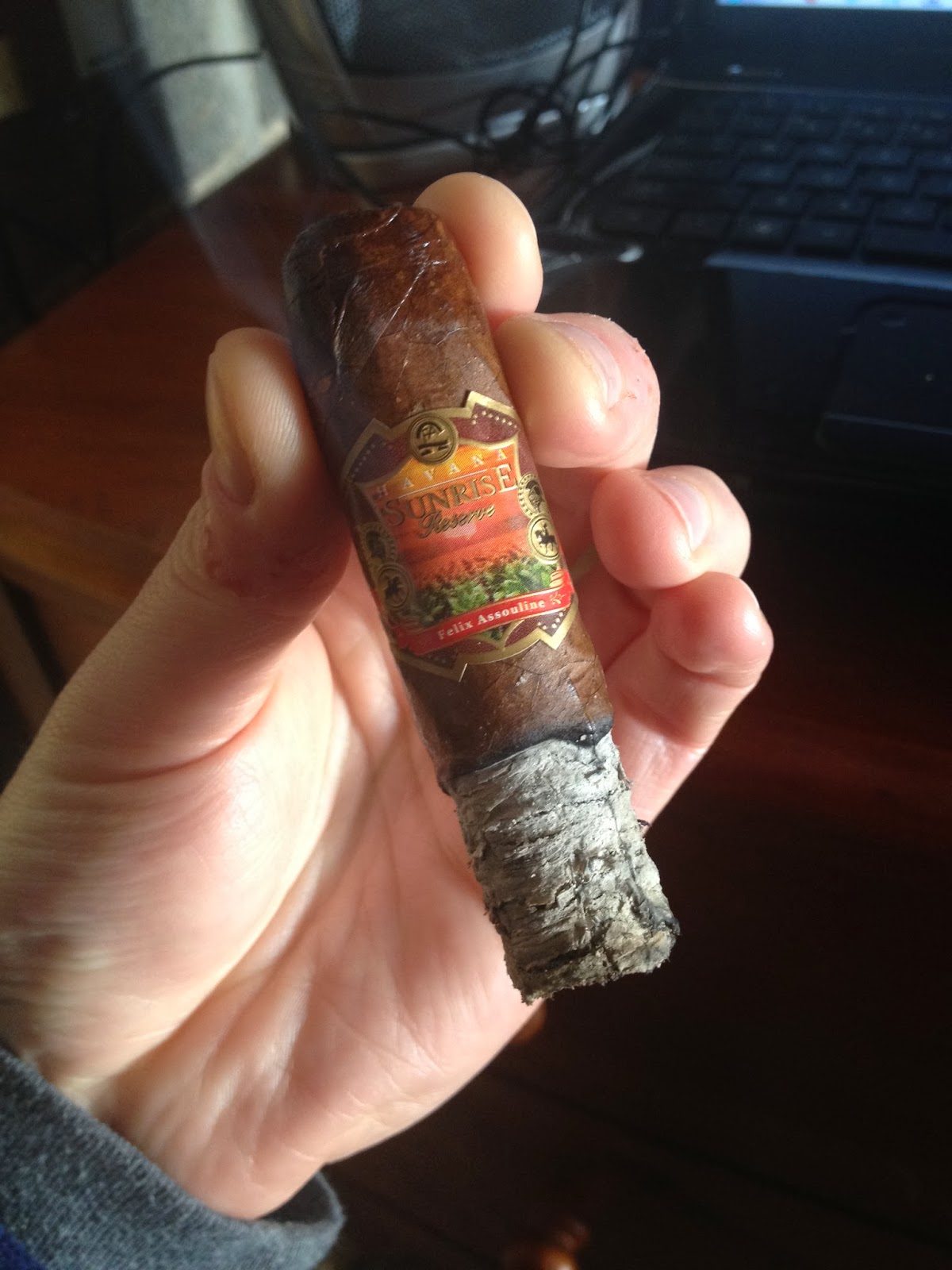 The Havana Sunrise Reserve is a cigar that shows much more strength and body than the Ego, and it is definitely a cigar that is blended for the modern market. It has the characteristics that a lot of smokers are looking for and is rich and spicy. You can definitely pick up the Nicaraguan and Honduran tobacco in the cigar, and it is nice to see both countries tobacco playing a part in the blend. I definitely prefer this blend of the Ego, and that is because of what it is offering. I think if you are looking for a rich and peppery cigar this will be a perfect cigar for you, and it smoked well throughout. I thought it lacked some complexity overall, but I believe that Felix Assouline is taking the approach of producing some solid core flavors, and having them be present throughout the whole cigar. You can look at complexity a lot of ways, so you can look at it as having transitions or merely a lot of flavors at one time consistently through the cigar. I would definitely recommend the cigar to those looking for an affordable box pressed cigar that is rich and spicy because that is what this cigar is. Overall I give the cigar an 87, and I am looking forward to the other smokes by Felix Assouline. Seth’s Humidor Rating: 87 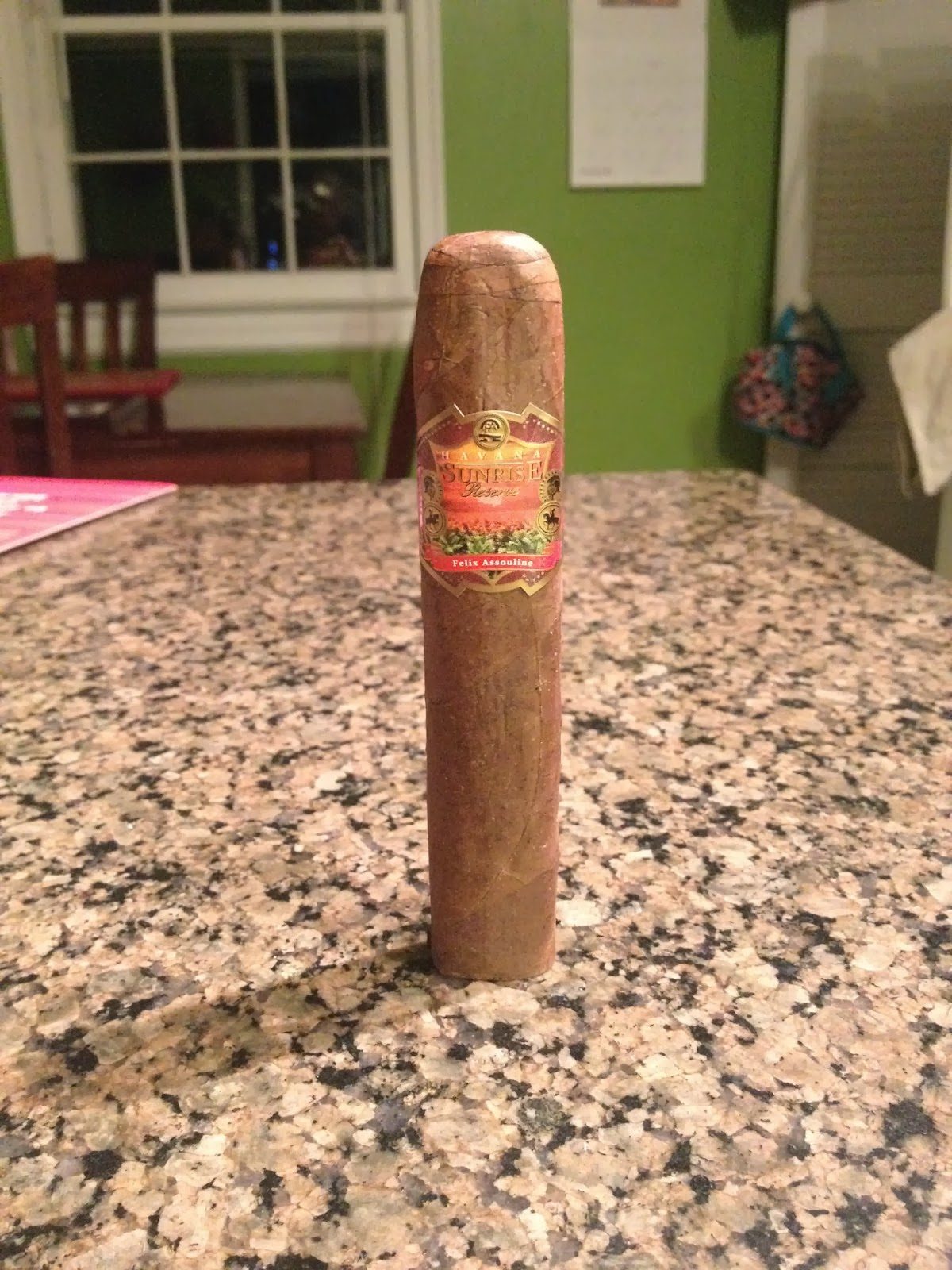