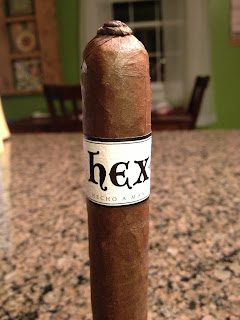 Unless you really follow the cigar world and cigar news, you are probably not aware of Sindicao Cigars. They are actually called Sindicato Cigar Group, and that is exactly what they are. The company consists of a group of retailers who came together to create a national cigar brand. The retailers who formed this group are some of the most well known retailers in the business, and the reason for them doing this was to be able to provide cigars that were protected from discounters, and prevent brands from being discontinued. The cigars they produce will never be discontinued, but always produced at a level of production that is required. This is a very interesting concept and also very important. Some might say that it threatens current manufacturers, which it might, but it is providing a service that other manufacturers do not guarantee. This is a company that has a foot in the door of all retailers involved. The company is led by a board of directors, and they appointed Jim Colucci to lead the group. Colucci was formerly vice president of sales and marketing for Altadis until 2011 when he announced his retirement. The company consists of 45 retailers right now, and debuted at the 2013 IPCPR. I recently was sent samples by the company, and for this review I chose the line Hex. 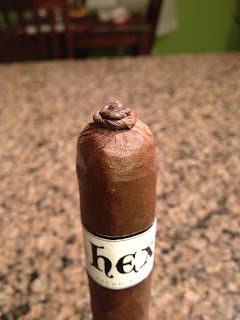 For this review I was sent the Toro vitola, and the cigar measures 6″ with a 54 ring gauge. It is a beast of a cigar, and the black and white band really pops on the dark wrapper. The wrapper is classified as Select Dark Ecuadorian Habano, and is composed of Nicaraguan binder and filler tobacco. It is made in Nicaragua, though the factory is not disclosed. There is an amazing pigtail cap to the cigar and its a pretty toro. The cigar has a near maduro coloring, and I would classify it as being Colorado Maduro. It is smooth and oily to touch, and there are minor veins throughout. It is a slightly firm cigar, and there is aroma of rich earth, tobacco coffee and cocoa at the foot. The wrapper shows some leather characteristics, and it has a dark flavor profile going for it. 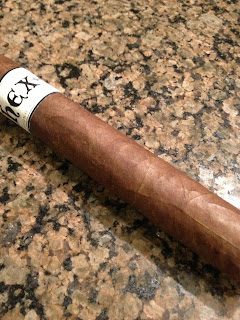 The first third begins by showing some great flavors that are hearty and dark. I am getting some earthy qualities, and it is paired with some coffee notes. I would not say the earthy qualities are overly sweet or rich, but really showing those heavy dirt like qualities. (if you have ever stood by a recently dug up dirt pile in the summer you know what I mean) There are some sweet tobacco notes present as well, and it adds a little bit of sweetness to a dark flavor profile. I would not say the cigar is full in body, more medium overall, and I am finding the strength to be right at a soft medium so far. It is a cigar that is constructed wonderfully and I am getting a razor sharp burn line that has a beautiful light charcoal colored ash. It is holding on firmly to the end, and the cigar is producing a lot of smoke with a cool draw. 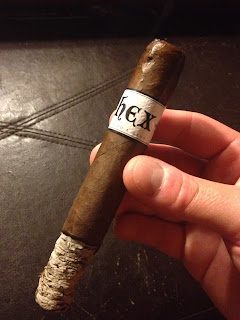 I am in the second third of the cigar cigar now and I find that the cigar is growing in terms of body and strength. I would say that the body is between medium and medium full in this third, and the strength has increased to be between medium and medium full as well. It is definitely a cigar that shows some transitioning from third to third, and those are little perks overall. The flavors are showing some definite coffee and leather flavor profiles in this third, and and there is a nice barnyard quality to the cigar as well. The wood and earthy notes really blended well in this third, and it is a nice additional level of complexity. There are some soft spices present as well in this third, and it is a terrific smoke. The construction on the cigar has been amazing thus far, and I am still getting a razor sharp burn line with a beautiful charcoal colored ash. 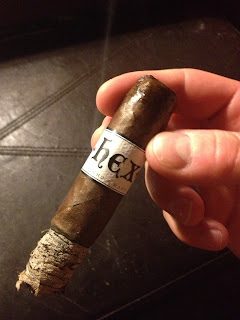 In the final third of the cigar it begins to grow even more from the second third. From the beginning the cigar showed a dark flavor profile characteristic, but it is in this third that the strength and body really catch up to where it matches the flavors. I would say in the final third that strength and body are at a medium full level, and it is a good level to finish the cigar at. There is a nice bit of dark coffee bean flavors hitting my palate, and I am getting some soft pepper and spices with that. There are noticeable qualities of leather and musty barnyard as well on the finish, and it is very enjoyable. There were some consistencies in the flavors from the beginning, but with the increase in strength and body it showed some changes in transitions. The construction remained perfect in the final third, and these are cigars that smoke wonderfully. The light charcoal colored ash remained on the cigar perfectly, and I smoked this baby down to the nub where it remained cool and enjoyable. 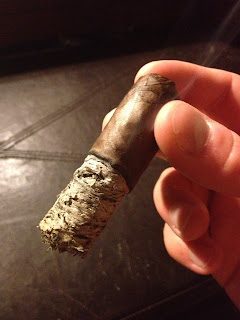 This is a solid smoke and one that shows lovely flavors and excellent construction. I think it will do very well in retail stores, and will eventually become a well known brand. I do see Sindicato as a company that will do some damage to certain manufacturers on the market, and that is because of what the company is offering. I don’t take prices into consideration for cigars, but the price points on these cigars are very good. The Hex Toro offered some enjoyable dark flavors that were slightly consistent from beginning to end, but with the increase amount of body and strength that the cigar showed as it progressed enhanced those traits. As I always say, I would love to try this cigar in a smaller ring gauge, but this toro smoked wonderfully. With enjoyable flavors, nice strength, great body and terrific construction, this cigar is going to do very well nationwide. I am giving the cigar a solid 90 and look forward to other smokes in the line. 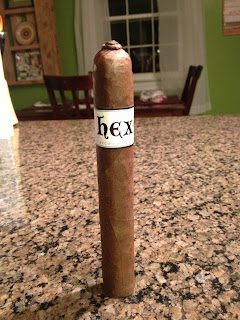 * cigars for this assessment sent to me by Sindicato Cigar Group