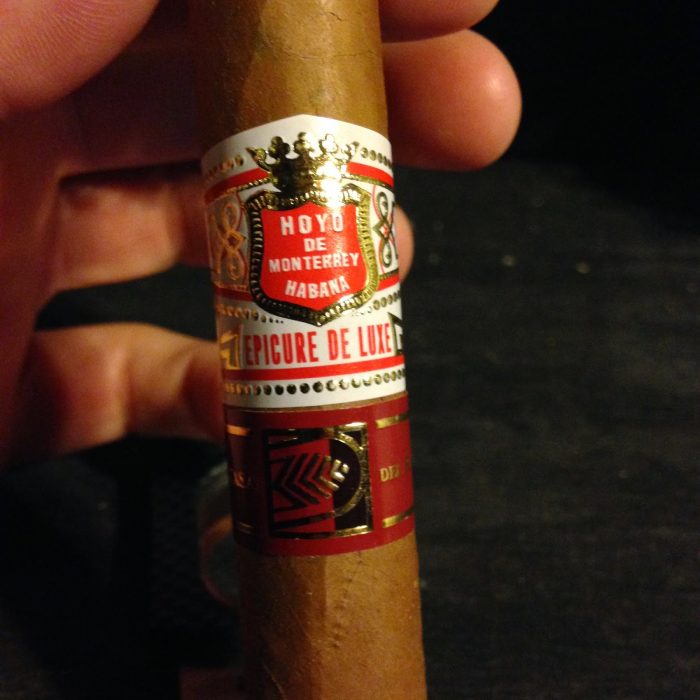 Across the globe are a series of special retail locations called La Casa del Habano. There are a 149 overall, and they located on six of the seven continents.(I was going to say every continent, but someone would ask about Antarctica.) These locations are the premier shops for Habanos, and it is at these locations that you know you are truly acquiring a Habano. The stores carry the entire portfolio of Habanos S.A., and also come with special releases for the stores. They are known to have a great selection of limitadas as well, and it is at these locations that you can get some truly special Habanos. The first store opened up in 1990 in Cancun, Mexico, and the man who can you credit this worldwide franchise to is Max Gutmann. He is known as Mexio’s Cigar King, and he runs the franchises in Mexico. Because these franchises are a part of Habanos S.A., they get a lot of special stuff, and some of these special products are the La Casa del Habano Exclusivos. These are vitola additions to brands in the Habanos S.A. portfolio, and you can only get them at these stores. One of these releases is the Hoyo de Monterrey Epixure de Luxe.
Released in 2012, Epicure de Luxe is the second most recent release for the franchise after the Libertador for the Bolivar brand. The Habano is an extension of the Hoyo de Monterrey line, and is composed of tobacco from the Vuelta Abajo region of Cuba. The Habano is packaged in ten count slide boxes, and it measures 115 mm (4.5″) with a 52 ring gauge. The Epicure de Luxe has a nice light colored wrapper, and I would classify it as being Natural with some Claro qualities. There are some veins present throughout, but they fairly minor. The texture is slightly gritty, and while it is not very smooth, there are some silky qualities to it. It is a firm petit robusto, and it has an aroma at the foot of hay, grass, and cedar. The wrapper is showing those cedar qualities, and it has some musty wood notes with that. 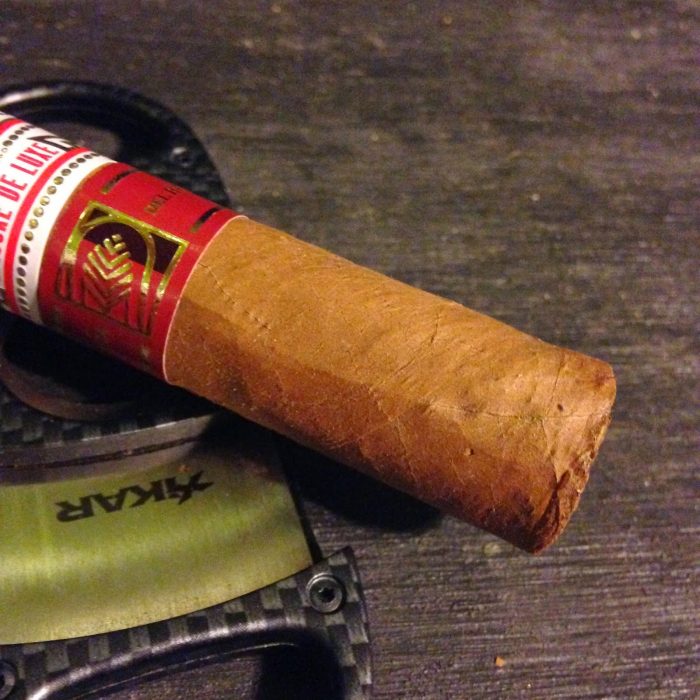 The first half opens up wonderfully and it begins by showing some soft spice notes of cinnamon that are accompanied by some cream and cedar flavors. There is a light tobacco flavor profile present as well, and it has some cocoa qualities to that. I am picking up faint fruit notes as well, and it has a finish of hay and grass. It is very flavorful and a flavor profile that is light but complex. I would classify the strength of the Habano as being mild, and it has a body level that is right there as well. It is complex and there is a nice bit of depth, but it is very approachable overall. The construction is top notch as well and it is showing a razor sharp burn line with a lovely charcoal ash on the end. The ash is holding on firmly and I only tap it off when I reach the bands. The draw is cool, giving off a nice bit of smoke, and this is a great morning Habano. 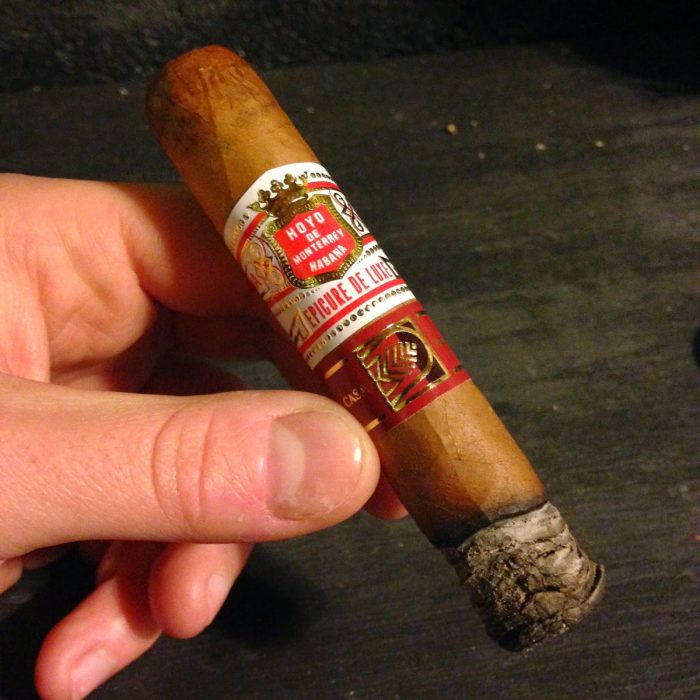 I am in the second half of the Habano know and it is finishing wonderfully. There has been some transitioning in terms of flavors, and I am beginning to pick up some more earthy notes with some nutty qualities to that. There are still some soft spice notes present with that, and those are showing cinnamon qualities. It has that cedar, hay and grass like finish, and this is a classic example of the Hoyo de Monterrey brand. The construction remains top notch throughout the second half of the Habano and it has a razor sharp burn line with a lovely charcoal ash on the end. The draw is cool to the end, and it is a smooth and flavorful draw. I find that it closes at a level closer to medium overall, and that is for the flavors, strength, and body. There is definitely some growth, but it is light growth overall. 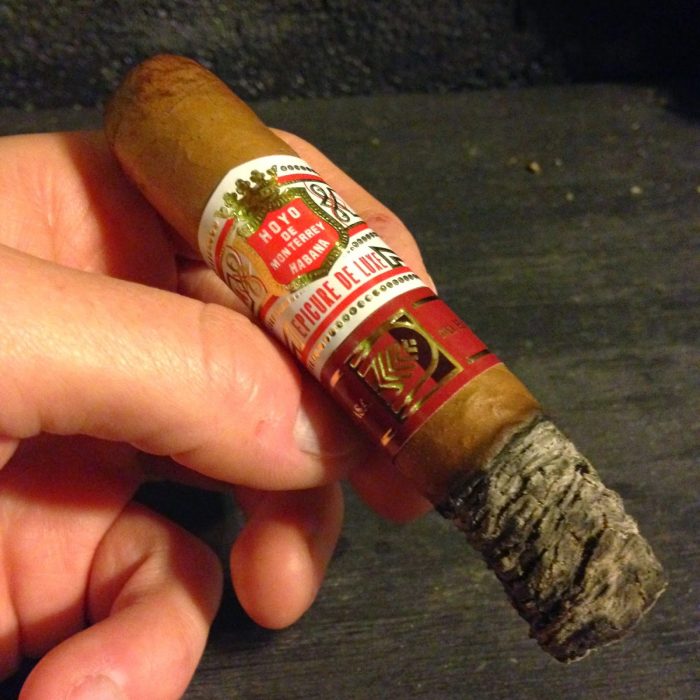 Looking back on the Epcure de Luxe, I enjoyed what the Habano had to offer, but was not entirely blown away by it. It is almost a cross between the Hoyos brand- Epicure No.2 and Petit Robustos in the length, but offered in a larger ring gauge. What separates them are the flavors, strength, and body, and this was more in line with the Epicure No. 2. I prefer this offering over the Petit Robustos, but I still thought it lacked some great qualities that you get in the Epicure No. 1, No. 2, Especial and the Double Corona. The construction was perfect throughout though and it delivered a smooth smoking experience that many can enjoy. The flavors are nice as well, and it is a very approachable smoke. I really dig the Hoyo brand overall, I believe it is a brand that shows a lot of flavors with a softer strength and body level, but it is still a brand that I would not choose more often than not. I am a smoker that would reach for something with a little bit more body a lot of the time, and that is why this brand never gets the attention that others do. These are about a year old and they are smoking nice, but they will get better. I am giving this Habano a rating of 87-89 now, with it being more a 90-92 with some more age. 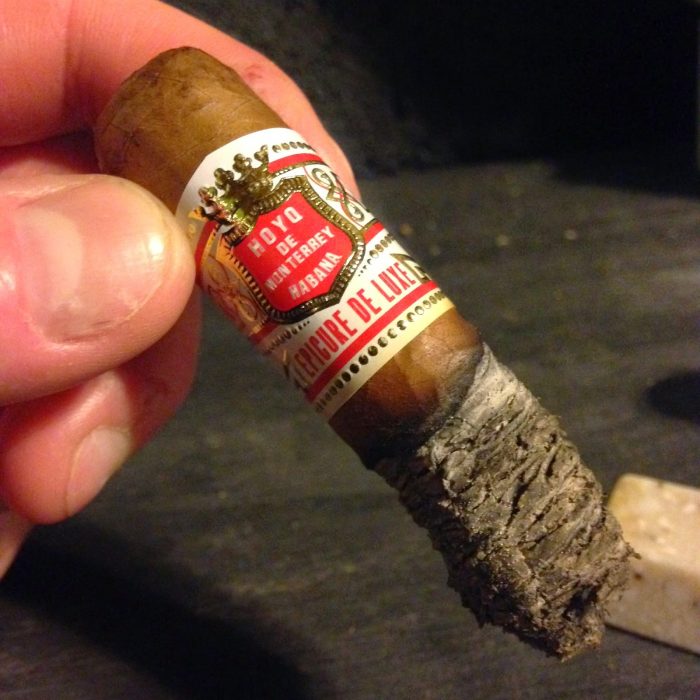 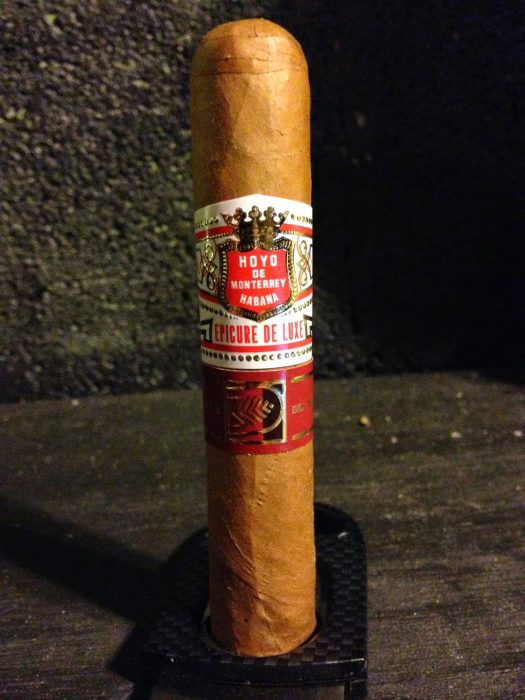