A cigar that keeps haunting my friendly neighborhood LCDH surfing, is the Hoyo de Monterrey Epicure de Luxe La Casa del Habano (LCDH) Exclusivo release from 2012.  Noted by the secondary band bearing the LCDH logo, Habanos SA has released very few cigars in this vein, and as of 2011 limited production.  Employing aged tobacco, the releases are not quite on the level of the Edicion Limitadas in terms of price, but are exclusive, and have some collectability in that regard as past releases have gone up in value steadily. The Epicure de Luxe is a petite robusto, in the magicos size, released in ten count boxes. Given the 2012 release, I would assume the cigar is ready to smoke by now, and bears striking resemblance visually to the wrapper hue of the rest of the Hoyo de Monterrey cigars in my collection. 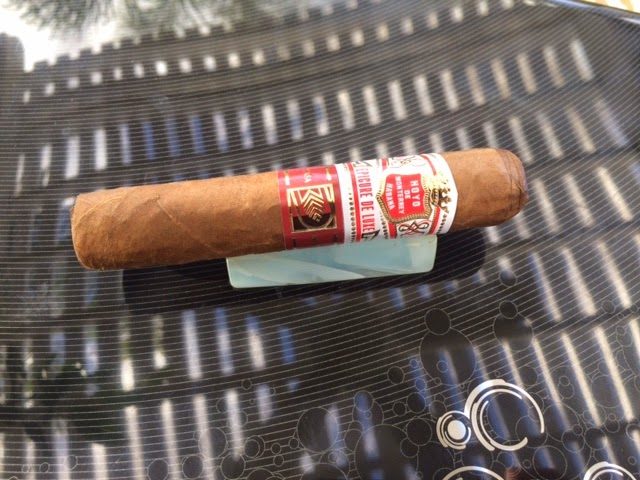 Dry Draw: gingersnaps, a flavor I associate with the marca regularly.

First Third: Ohhhhh lordy, the Epicure de Luxe is right up my alley from first draw.  Toffee notes stood out at first, with the gingersnaps as well on the draw.  Pepper hints struck the nose, and complimented a smooth, long finish that settled back of mouth and sat on my tongue.  The toffee became roasted in nature, pairing with roasted peanut flavors through the nose.  The peanut flavors dominated the first third through the progression, both the draw and finish, making for a rich pleasant beginning. 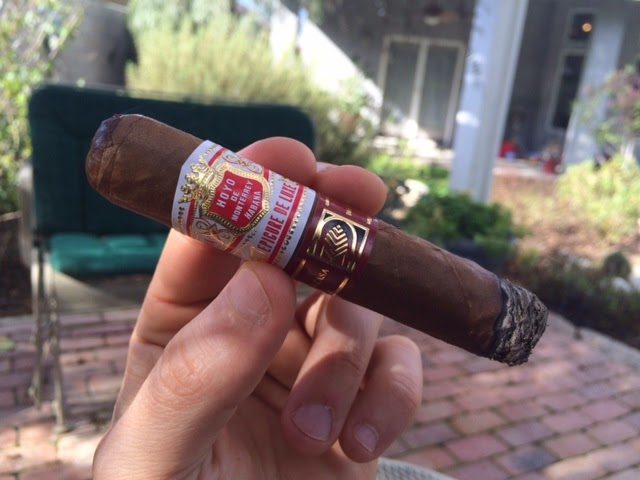 Second Third: The profile became much richer in nature, less peanut flavors dominating the Epicure de Luxe.  The toffee stayed the course on my palate, as well as some cocoa notes.  By the midpoint, the flavors were buttery and rich, dessert like at times, almost like cookie dough, with the combinations of flavors experienced.  The finish continued in excellence, long enough to go inside, take a break, and come back with lasting presence.  The power through the nose balanced well, and I would consider this release one of the stronger Epicures. 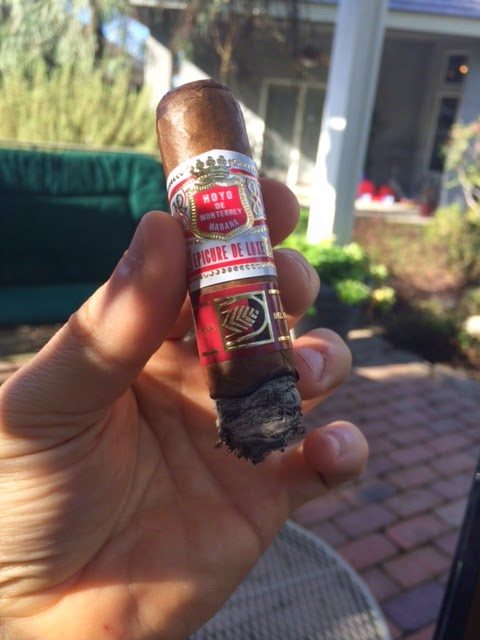 Final Third: Burnt toffee was huge by now, with tons of nutty flavors coming in and out.  Hazelnuts, walnuts, or peanuts, take your pick as any reviewer may experience them differently.  The gingersnaps returned, and the balanced remained, with some toasted spices settling on the lips.  The final third of the Epicure de Luxe was devine, and a true mark of body and flavor combining for a complex experience. 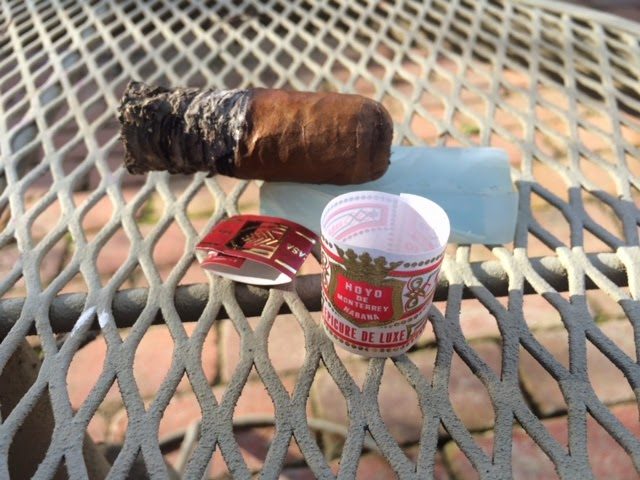 Final Thoughts: Given this is sold in a ten count box, the Hoyo de Monterrey Epicure de Luxe is a no brainer for me.  I believe age will add more subtlety to the blend, and bring out some of the flavors from the draw, while settling the power even more.  I would guess this blend will have legs for a long time, and the size is killer. If you are a fan of the Epicure line, this is another must have, and a blend that sets itself apart from the others, while maintaining the traditional flavors of the marca.