I am a huge fan of Hoyo de Monterrey, specifically the Epicure Especial (EE), which I have loved for quite some time. I was never really into the robusto size in Habanos though until recently. Given my love for the EE, I never really ventured into the Epicure No 1 or No 2, as I had always been satisfied with the EE. Recently I received an Epicure No 2 in a trade from 2011, no box code or month, so I stashed it away for review. Little did I know, I was in for quite the surprise. 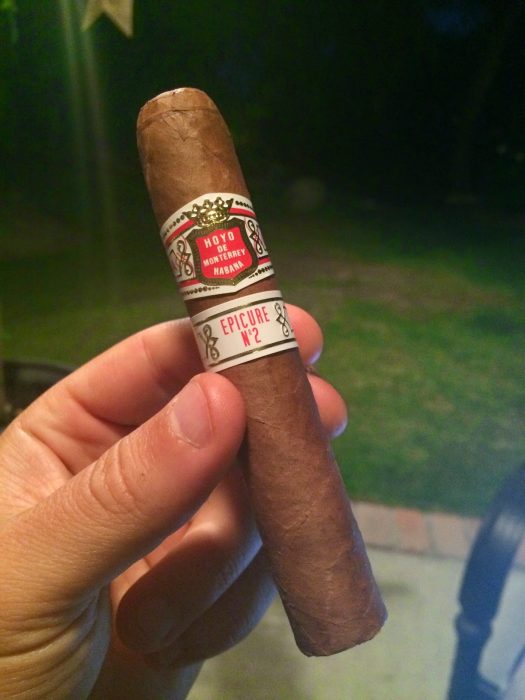 First Third: The Epicure 2 started as a mild lover’s dream, so you could say I was in heaven. The draw was creamy, with nutty flavors coming in and out, and a slight orange peel note on the draw as well. The retro was very smooth, adding distinction to the nut flavors. I had a slight pepper burn, just enough to awaken my senses. As the first third progressed, the profile moved to a creamy cappuccino flavor, and I spent as much time as I could between draws reflecting on the finish. 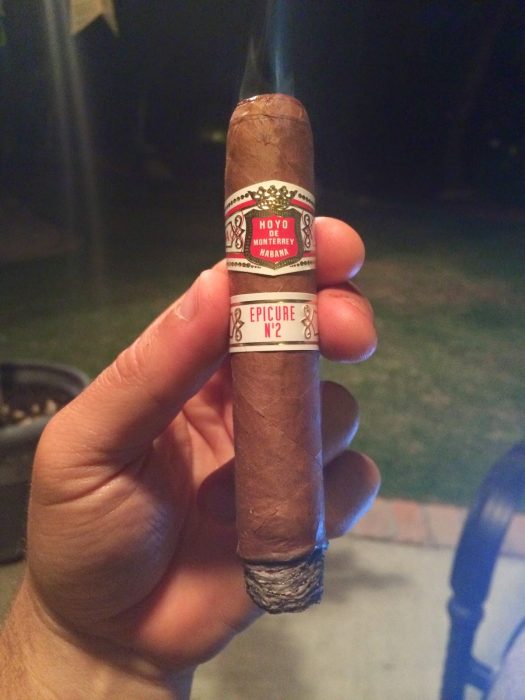 Second Third: This is where the floral notes I associate with Hoyo came alive. Both the retrohale and draw picked them up, and the finish continued to grow in length and strength. I still had that wonderful nutty flavor that encompassed the saliva entirely in my mouth. Vanilla notes popped in and out of the draw as I neared the finale. By now the Epicure No. 2 was a solid medium, with an incredibly long finish. 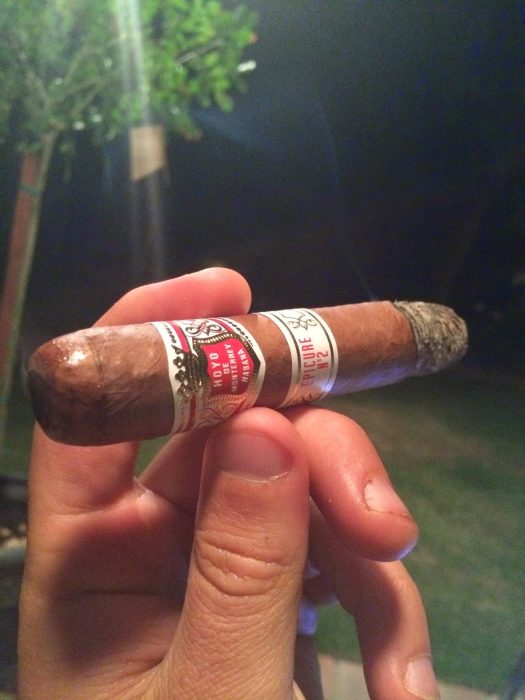 Final Third: Complexity continued to rise. At that time, I had the floral, the nuts, some coffee, creamy draw, orange peel hitting on all cylinders of the draw and retro, you name it. As I neared the nub, almond liqueur began to hit as the strength of the retro burn accentuated the nutty flavors on the palate. Smoking the Epicure No 2 was like eating dessert, and the final third was all over the place with any of the aforementioned notes really. 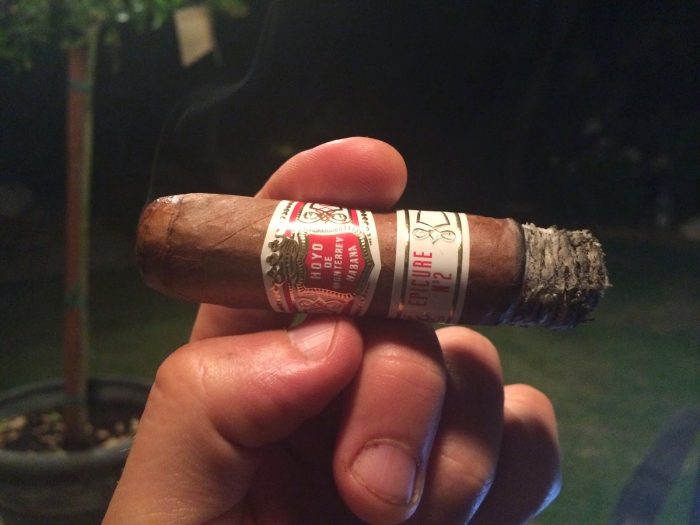 Construction: nothing to report

Final Thoughts: Do you really need me to tell you I think this is a multiple box buy for me after reading that? After reviewing this sample from 2011, I would go deep and buy multiple boxes of this cigar and sacrifice my fingertips to the Habanos Gods. I have a hard time thinking of another robusto that is as complex with definitive changes in the Habanos line this young really. Don’t get me wrong, a fuller bodied smoker will probablynot enjoy the beginning much and become bored with the blend, but the milder fans like myself and Hoyo fans should love this. I am torn between this, the Upmann Connoisseur One and Robaina Famosos really. This vitola seemed to have all the flavors I like in different Hoyo’s in one blend. The Double Corona came alive in the first third, and then it was the EE, with the finale hitting the darker flavors I get with the Palmas Extra. 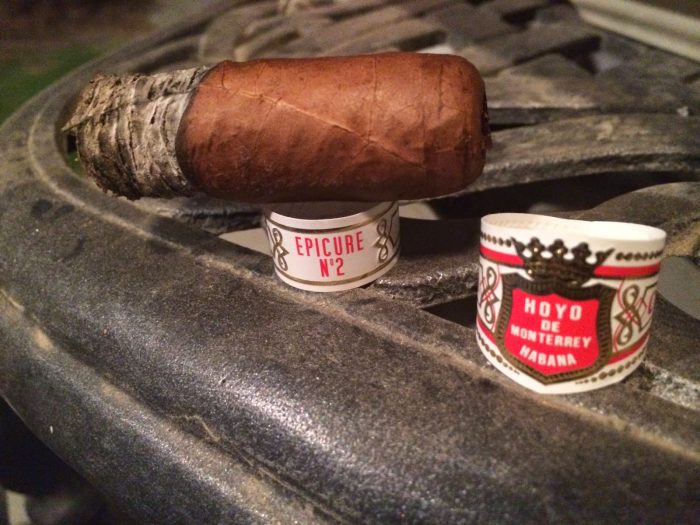