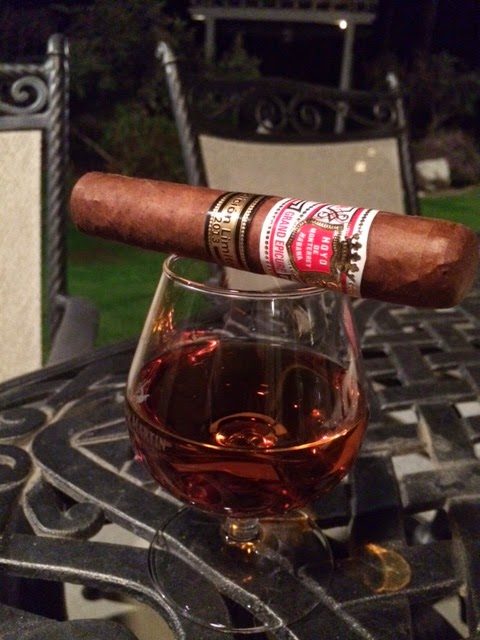 Those whom have followed us here at Habanos Critic, know that I am a big fan of Hoyo de Monterrey. Traditionally, I am not a huge fan of most Edición Limitada Habanos releases, but the Grand Epicure was one release I was looking forward to. Rather pricey at almost $20USD a stick, I have high expectations for cigars at this price point, as traditionally, I think nothing beats a well aged Habanos, limited or not. The Grand Epicure is large, a 2013 release in Montesco size, measuring in at 5.1 inches and a 55 ring gauge, with ten cigars to a box, and the secondary band representing Edición Limitada releases. The Montesco size seems to be a popular release now, based on the success of the Romeo Wide Churchill, and subsequent regional releases that are following suit. As Habanos releases continue to get larger, I am skeptical of the blending moving forward, even though the Wide Churchill shines right off the truck. Knowing that Habanos ages tobacco for two years for limited releases, my hopes are the Grand Epicure will provide depth beyond a regular release. Dry Draw: damp earth and cherry First Third: The Grand Epicure is a beast in stature, and the flavor followed along the size. Big powerful notes of white pepper and peanut took over the retrohale, while the draw was damp and muted. The finish had the damp earth feel, but very little to no distinction from the retrohale flavors. The pepper began to unbalance any complexity I might have detected. The draw had faint notes, cherry at times, and maybe something else, but the blend seemed aimed at the American palate craving power over flavor and complexity. 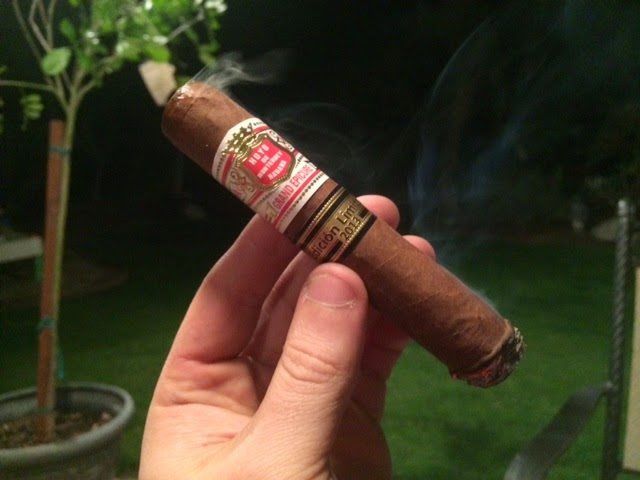 Second Third: The white pepper in the nose took over, with a muted finish continuing to bore. The ligero in the blend seemed to travel up the tongue. There were some interesting cream notes picking up in the background, and slight hints of sugar. 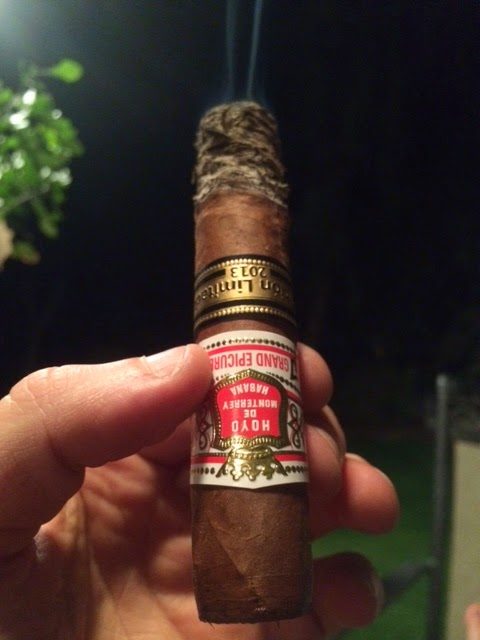 Final Third: The finish continued to be less than impressive for the Grand Epicure, I have experienced better on fresh minutos. There was some clove through the nose, but the draw remained muted. Dried cherries came back at times, along with hints of cream, and a touch of floral aroma. The complexity had finally arrived, but left the building just as quick as the pepper notes took over. The power of the Grand Epicure was almost on a Nicaraguan level, with pepper settling on my lips, and completely voiding any sort of complexity. I put it down a little past the final inch mark. 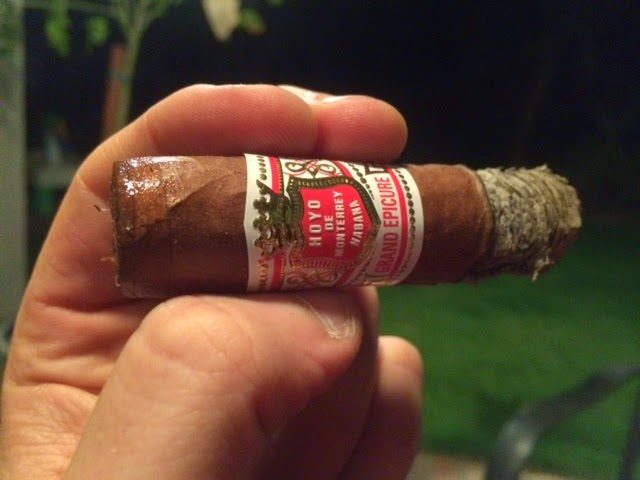 Final Thoughts: I was highly disappointed with this blend, as I normally enjoy all things Hoyo de Monterrey. The Grand Epicure was a powerhouse to me, that if one did not retrohale, may enjoy the draw. However, I would not seek one out again, and would probably gift it to a friend if I ended up with another in my humidor. Maybe the size was the culprit, and I would imagine a good amount of time down in a humidor would help balance the flavors. Given the price point, I would rather smoke four of my favorite minutos. The finish and blend did not deliver for me, and I feel like this is aimed at smokers that want power over delicate flavor and complexity. 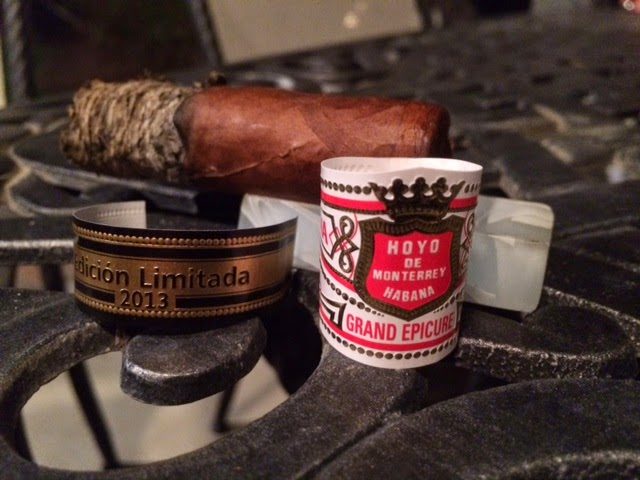