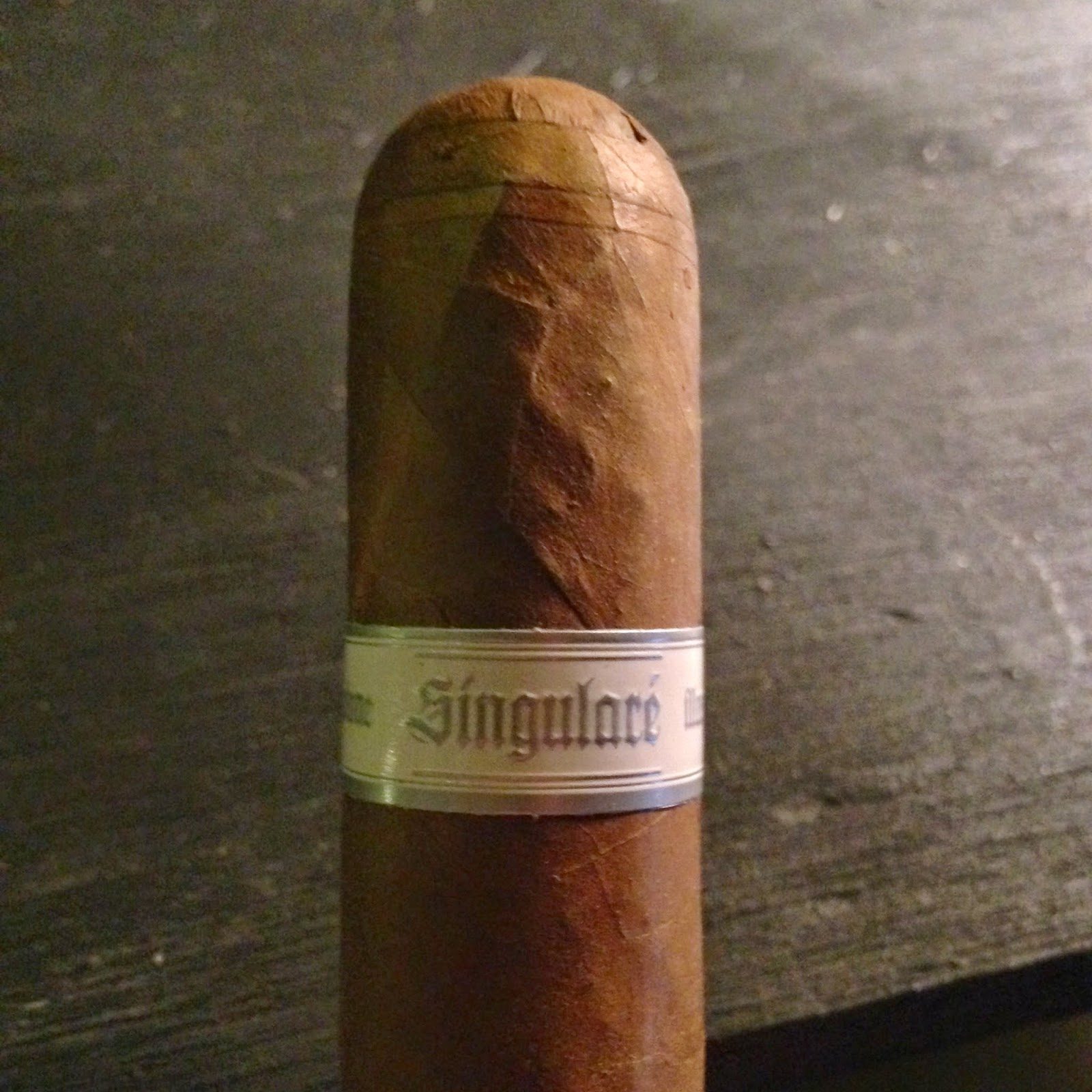 I usually give an introduction that goes into the background of the brand or title and with a cigar called Annunaki how can I resist, but today I want to focus on the writing Dion has about the Singularé brand on his site. I think he describes his limited edition better than any other company, and it really makes the cigar come off as being limited and not just a cigar that was made in small numbers and then will mysteriously be back in a couple years. What he has written is:

Singularé  is an annual, Limited Edition cigar that changes in both size and blend each year. Each year, Dion Giolito scours bales of tobacco along with the farmers each year and picks a particular leaf component to blend around. These tobaccos are often times very rare and can only make a small run given the particular farm, lot and priming selected. Depending on yield, the yearly release can bring anywhere from around 500 to 1500 boxes to market.

With that being said, let’s look at the new Singularé and smoke a cigar that takes its name from the ancient deities of the Mesopotamian cultures. To go off on one of my unusual side notes, it’s quite funny that I am smoking this after Thanksgiving as I was talking about Sargon of Akkad, with my mother over Thanksgiving. For those who are not aware of who Sargon is, he was one of the greatest kings in the Akkadian Empire which stretched Mesopotamia region. The region where the Annunakis were seen as gods.

The Annunaki is the fifth cigar in the Singularé line, and it is the shortest and widest of the releases. It is a 5 1/4″ by 54 ring gauge robusto extra and is made in Esteli, Nicaragua at TABSA. It features the same wrapper that is used on the Epernay line and it is a Corojo ’99 seed wrapper. The filler and binder are all Nicaraguan and it has both Criollo and Corojo tobacco in the blend. The robusto extra has a simple and light colored wrapper that shows some Colorado qualities, but also some Natural aspect as well. There are very few veins present overall, and the veins that are present are minimal and not an issue in terms of texture of the wrapper. Silky to touch, the wrapper shows some oily qualities but overall is smooth and natural. The foot is giving off an aroma that shows leather, hay, graham cracker and spices, and the wrapper has an aroma that is showing bits of hay and grass. 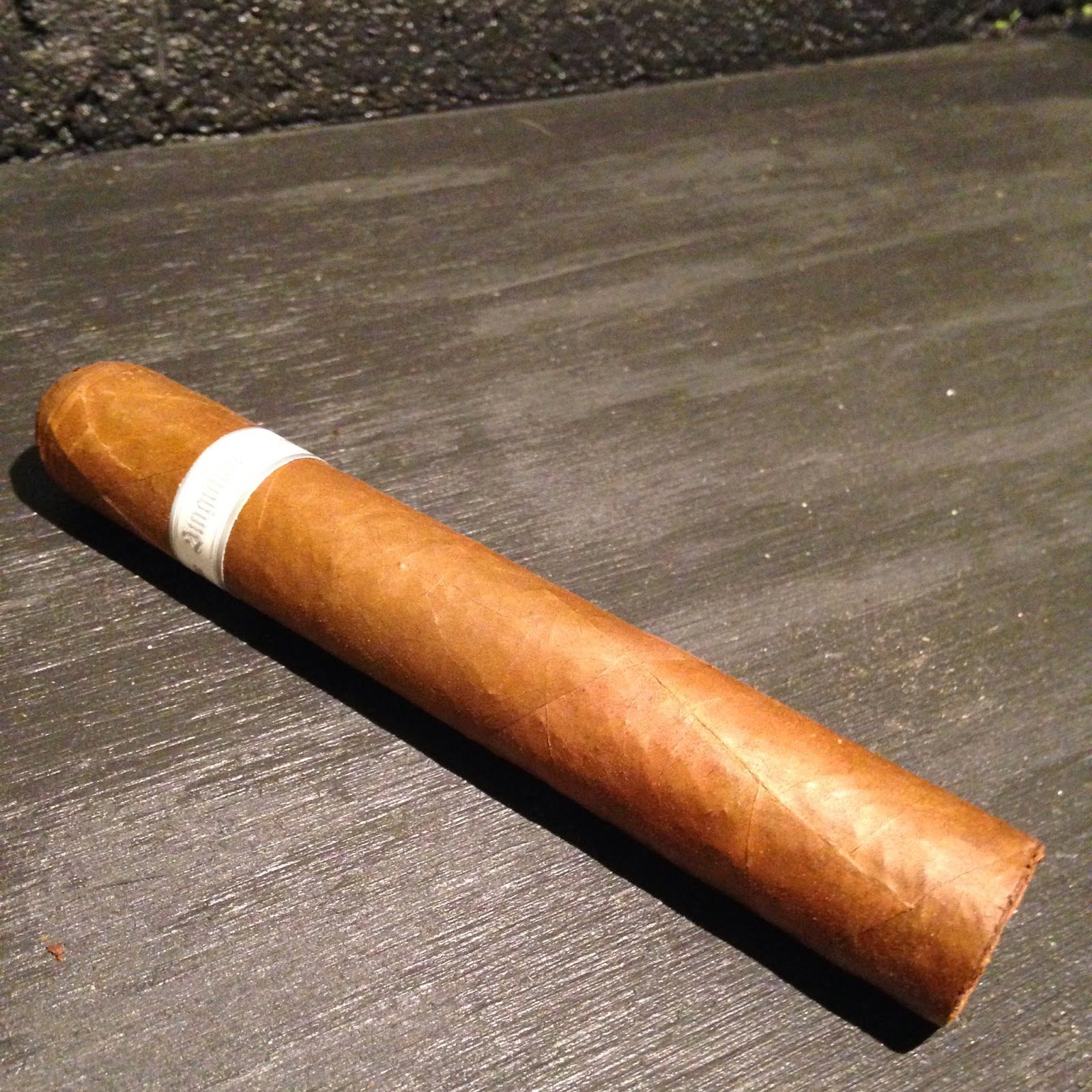 Lighting up the cigar I am immediately blown away by the amazing flavors. There is a nice honey flavor profile that is present and it is accompanied by sweet spices that are showing some pepper notes in there. It has some hay and cedar qualities as well, and it has a graham cracker and tobacco finish. There is a touch of sweet cookie dough present on the finish also and it makes for an incredible blend. The construction is simply fantastic in the first third and it is showing a razor sharp burn line with a nice charcoal ash on the end. The ash is holding on firmly to the cigar and it is giving off a great bit of smoke from there and the draw. It is a cool draw that really shows the flavors of the cigar and it is another great cigar from Illusione. I would classify the strength as being around the medium level overall but the body is more at a medium-full level. Right now, this cigar is sublime! 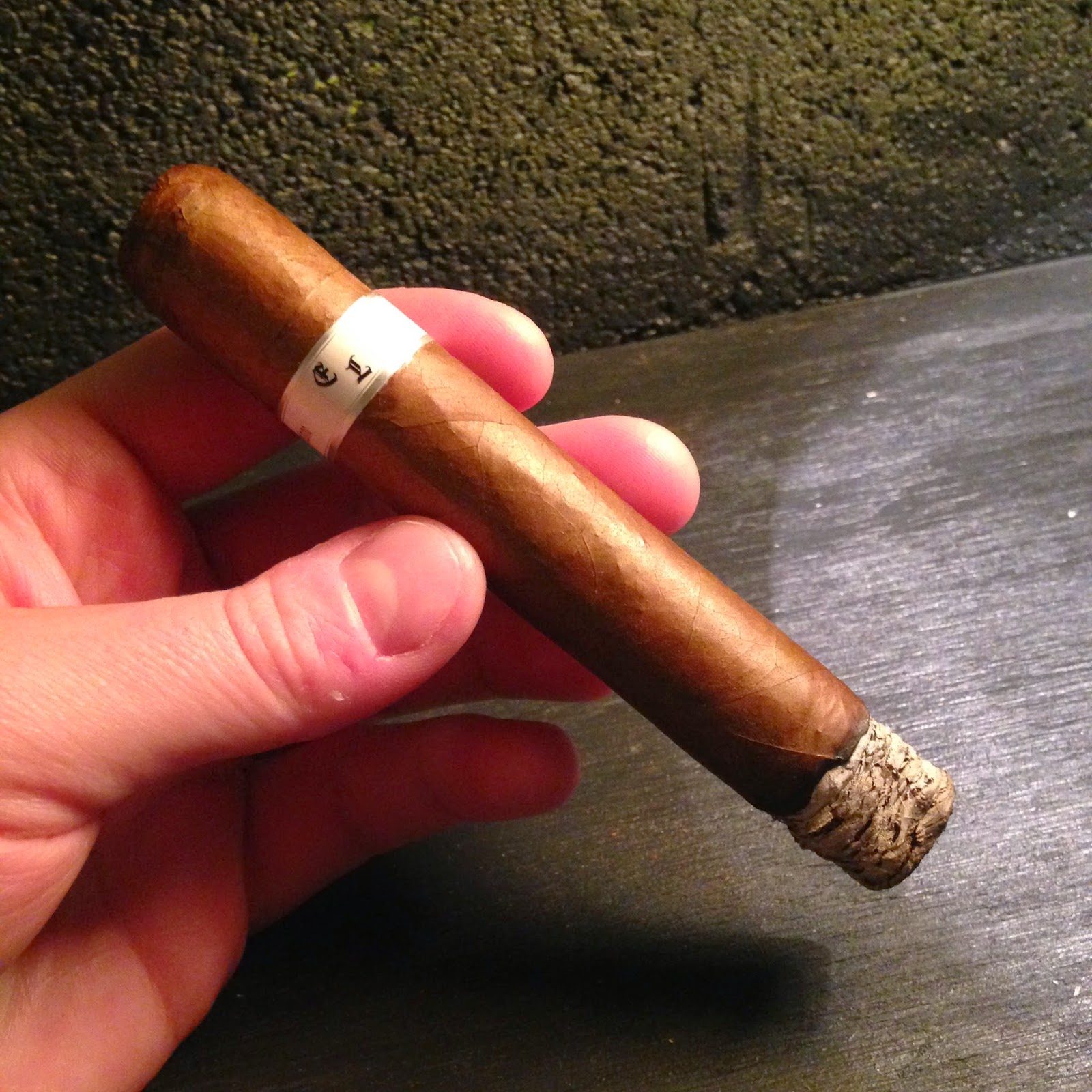 When I get into the second third of the cigar I find that there is a nice bit of transitioning and the cigar is not as sweet as it once was but is more natural and showing a darker and more peppery spice. There are some earth qualities present that have replaced the sweet cookie dough notes and it it giving off some earth qualities with some mineral notes with that. There is a meaty quality present as well and it is accompanied by some cinnamon and ground coffee notes. I really enjoyed the transitioning into the final third and it is bolder and darker now. The construction continues to remain top notch though and it is showing that razor sharp burn line with a firm charcoal ash on the end. The draw is still cool and it is accompanied by a nice bit of smoke. I would say that the cigar is still smoking at a medium level in terms of strength and the body is still at that medium full level from before also. While it is very different overall, it is still a great third. 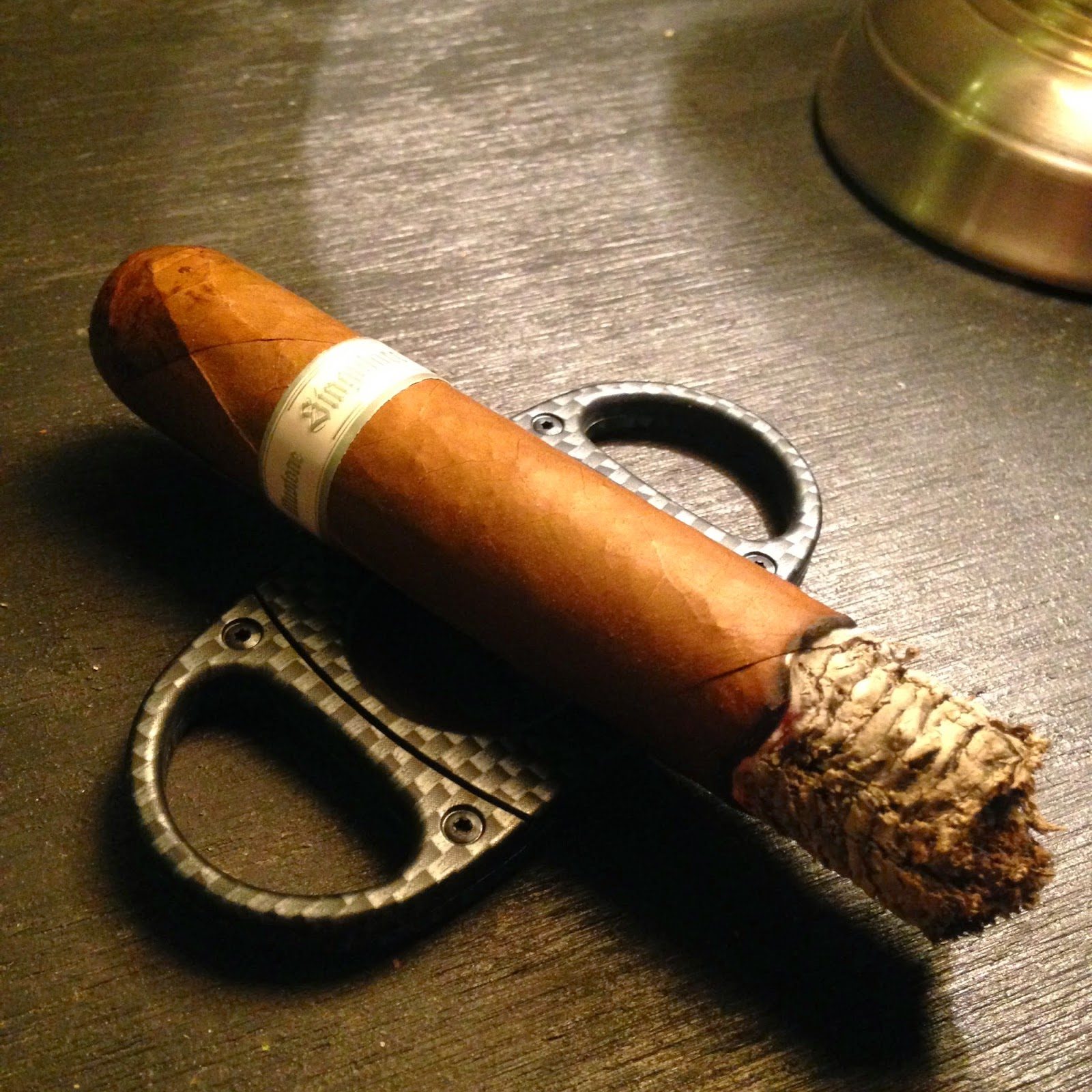 As I enter the final third of the cigar the flavors show some transitioning once again and it is showing some combination flavors and some unique qualities as well. There are still some spice and pepper notes to the cigar that are accompanied by some cedar qualities, but I am also getting this ginger snap cookie flavor present as well. It is a fairly spicy ginger snap quality and it is very enjoyable. It has this earthy and honey quality to it also and it is a nice finish. The construction remains top notch in the final third and it has a razor sharp burn line with that charcoal ash on the end of the cigar. I am finding that there is a perfect amount of smoke being produced and the final draw is very flavorful and cool. I would say that it finishes at a medium-full level in both body and strength in the final third and it is a perfect finish to the cigar. 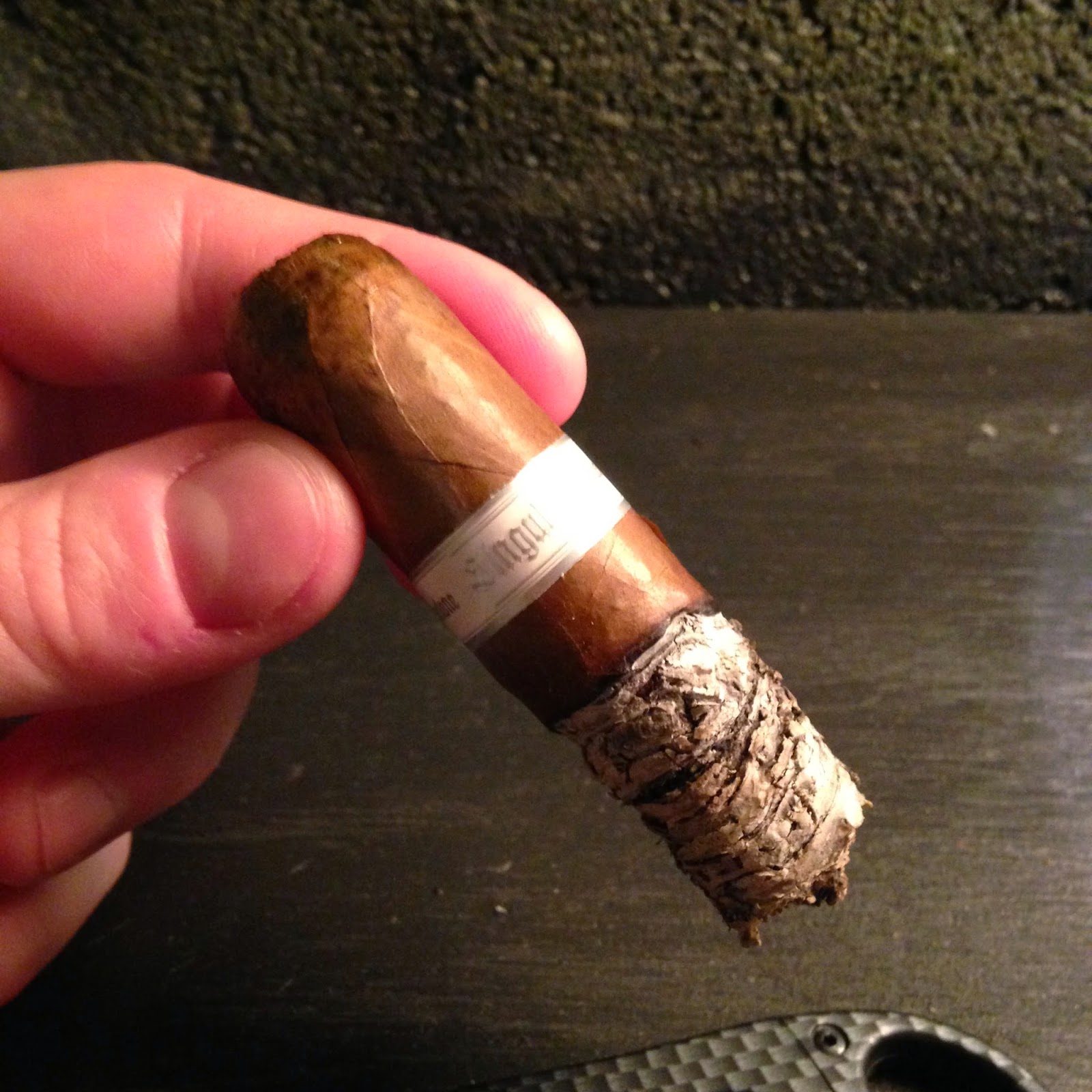 The Annunaki is an incredible new addition to the line/brand, and this might possibly deliver the best flavor profile since the Phantom. I am not crazy about the size, I prefer the Rose Croix, but nonetheless this is a terrific smoke. The construction was also top notch with the cigar and it produced an even burn line with a solid charcoal colored ash on the end. The body and strength were perfect with the flavors and it was a complex smoke that had tons of depth. Dion continues to put out terrific blends and what makes them great is that they are all unique. Each Singularé has been unique and it has not been similar to past releases or even regular production offerings. Even the regular production offerings are different from one another! With the cigar being released late in the year, it qualifies for my Top 25 and with it smoking the way it did, don’t be surprised if it works its way into the list. I am giving this cigar a solid 93 and look forward to my next one. 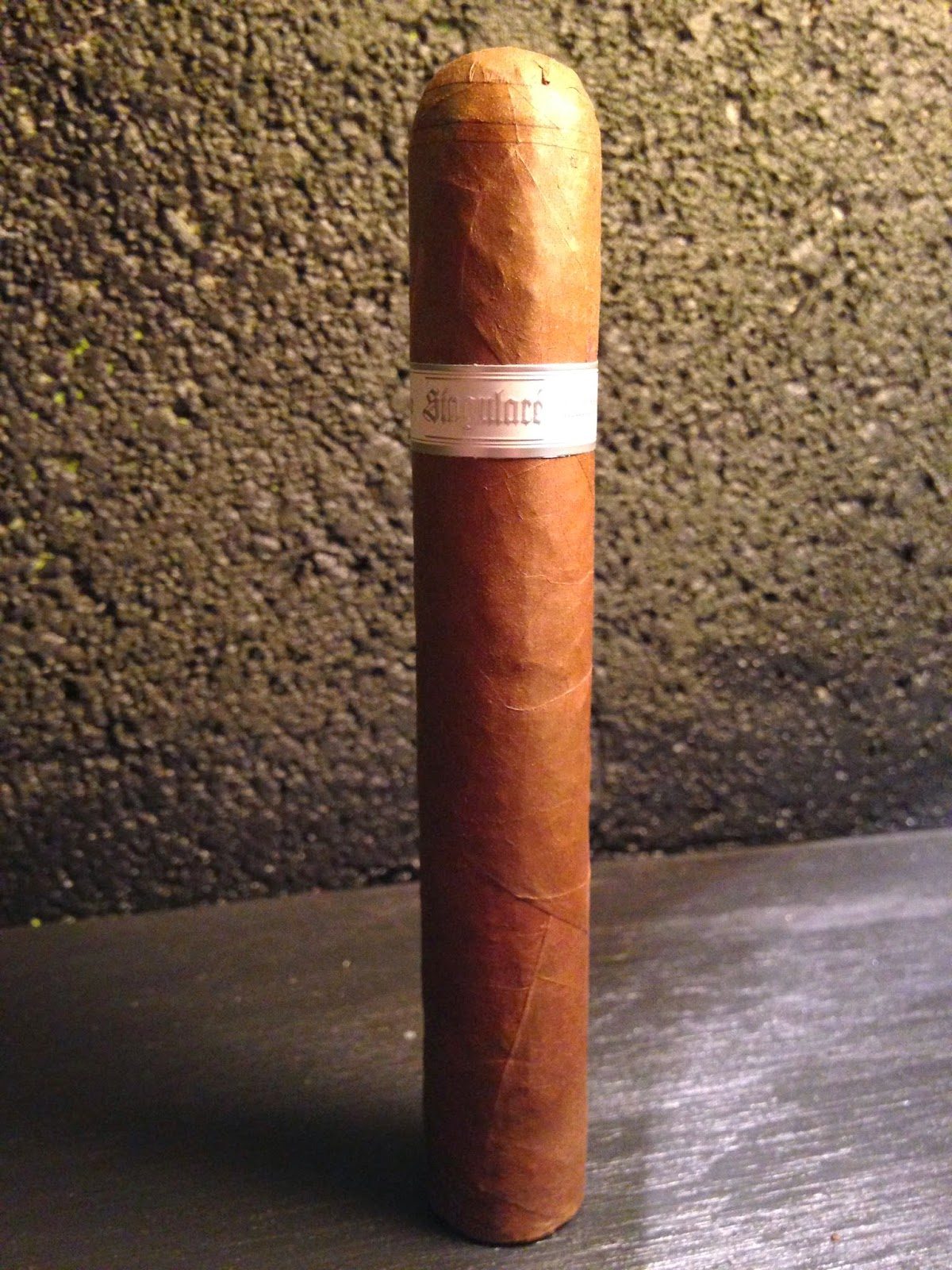