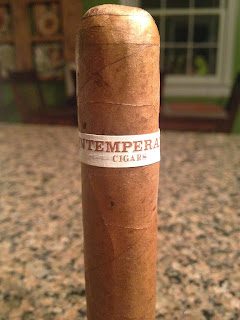 Crazier than the Tea Party, the Temperance Movement was a movement that spanned over centuries terrorizing not just the United States, but other nations such as Canada, United Kingdom, Australia and more. The goal of this movement and its followers was quite simple, and was aimed to check the consumption of alcohol. I know, it gives me the shakes as well just typing this, but lucky for us the movement has come to a close. This is where I would typically make a joke, but the one I have in mind might be a little too much. The Temperance Movement was fairly successful in the United States in the 19th and early 20th century though, and resulted in the 18th Amendment. This amendment established the prohibition of alcohol, and would be in place for 13 years until the 21st Amendment was ratified. Skip Martin knows his United States history, not just his Flor de Caña, and has used those two amendments as the framework in the Intemperance brand. Like most of us, Skip realizes that tobacco is now being watched by a group of individuals and if we do not defend ourselves, we can also experience a temperance movement against tobacco.

The EC XVIII features the same filler blend and binder as BA XXI, but is finished with a different capa. The wrapper is Ecuadorian Connecticut, hence the EC, and the binder is Indonesian. The filler is a blend of tobacco from Nicaraguan and Dominican Republic, and I personally would like to know what regions of both countries are in the filler. The Brotherly Kindness is the newest vitolas to the Intemperance brand, and it is a 5″ by 56 ring gauge robusto extra. The cigar has a lovely placed cap and is rolled quite well. There is a nice firmness to touch and you can tell this is a well constructed cigar. The wrapper has a dark natural coloring to it, but it does have some Colorado coloring qualities. The wrapper is oily with some medium sized veins throughout, and is a very smooth cigar. There is a nice extended filler foot, and it is here that I am getting an aroma of spices, tobacco, graham cracker and stone fruit. The wrapper is showing some solid cedar and nutty qualities, and I am looking forward to the smoke. 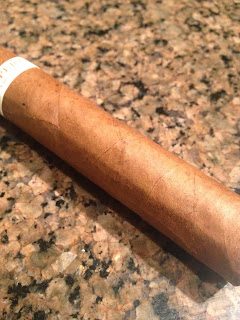 The cigar begins by showing some terrific flavors and it is a complex smoke. I am getting this lovely nutty flavor profile to begin with, and it is accompanied by some notes of cinnamon and nutmeg. There are those classic sweet cedar and cream notes, and I am also getting some graham cracker and stone fruit notes. In terms of flavors this cigar is rocking, and I actually like the size of the cigar in this blend. The construction on the cigar is top notch as well and it is showing an even burn line with a beautiful light gray ash that is holding on firmly. I am getting a great draw with the cigar and it is cool while producing a lot of smoke. It is a very balanced cigar overall, and I would say the strength is below medium with a body right at the medium level. It really focuses on the great flavors, and that is what it is all about. 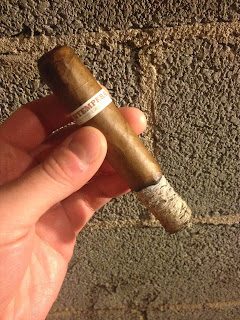 I am in the second third of the cigar now and I am finding that the cigar is still showing those creamy notes and those great subtle spices. The cinnamon, nutmeg and cream are pairing wonderfully together, and it has a bit of graham cracker with that. I am not getting as many stone fruit notes in this third, but there is a finishing flavor profile of cedar which is very nice. In terms of flavors this cigar is a flavor bomb for an Ecuadorian Connecticut, and it is a great morning smoke. The strength of the cigar is still slightly below medium, but it has a great body that is right around medium but maybe a little bit higher overall. I am getting a wonderful cool draw with each puff, and there is a nice bit of smoke being produced with that. The burn line is nearly razor sharp and like the first third, the cigar is producing a lovely light gray ash that is holding on firmly. 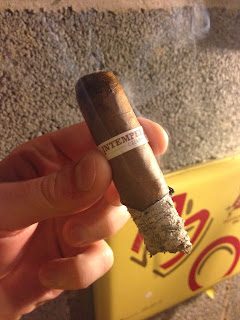 When I get into the final third of the cigar I see some more transitioning, and it has a finish that is an old school Connecticut. To be honest, it is not even smoking like a Connecticut now, but more of a lower priming Habano. I am getting some nice barnyard flavors up front, and it is showing bits of cedar, hay and a faint bit of dry earth. There are still those lovely cinnamon and nutmeg notes, but it is now accompanied by hints of tobacco rather than cream. It is a very interesting finish to the cigar and one that I personally dig. Like the first two thirds, the construction is perfect right now and it is producing a near perfect burn line with that light gray ash holding on firmly. The cigar is smoking cool, while producing a nice bit of smoke, and the cigar smokes cool down to the fat nub. In my opinion the cigar finishes at a solid medium level for body and strength, and it is a cigar that makes you want another. 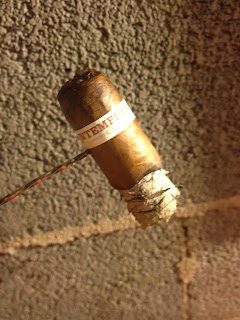 Lighting up this cigar I was not expecting it to be poor, but I was definitely not expecting it to be this good. This is one of those cigars that after smoking, and you rate cigars, you find yourself giving it high praise in the overall impression category. From beginning to end the cigar showed wonderful construction that presented no problems, there was a great balance between strength and body, and the cigar was exploding with flavors. I know so many guys these days gravitate towards cigars that are flavorful and very strong, but I am easy to please in the fact that I just want a flavorful cigar. Whether the cigar is mild or full, I just want something that is going to taste great. I can tell you with no doubt that this cigar is packed with flavors that a novice and seasoned smoker would enjoy. I am not one to hold on to Connecticut wrapper cigars, but this is a stick I would pile up in my humidor. I am giving this an easy 92 and look forward to smoking more to see how they compare over time and with age. 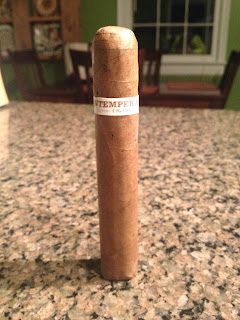