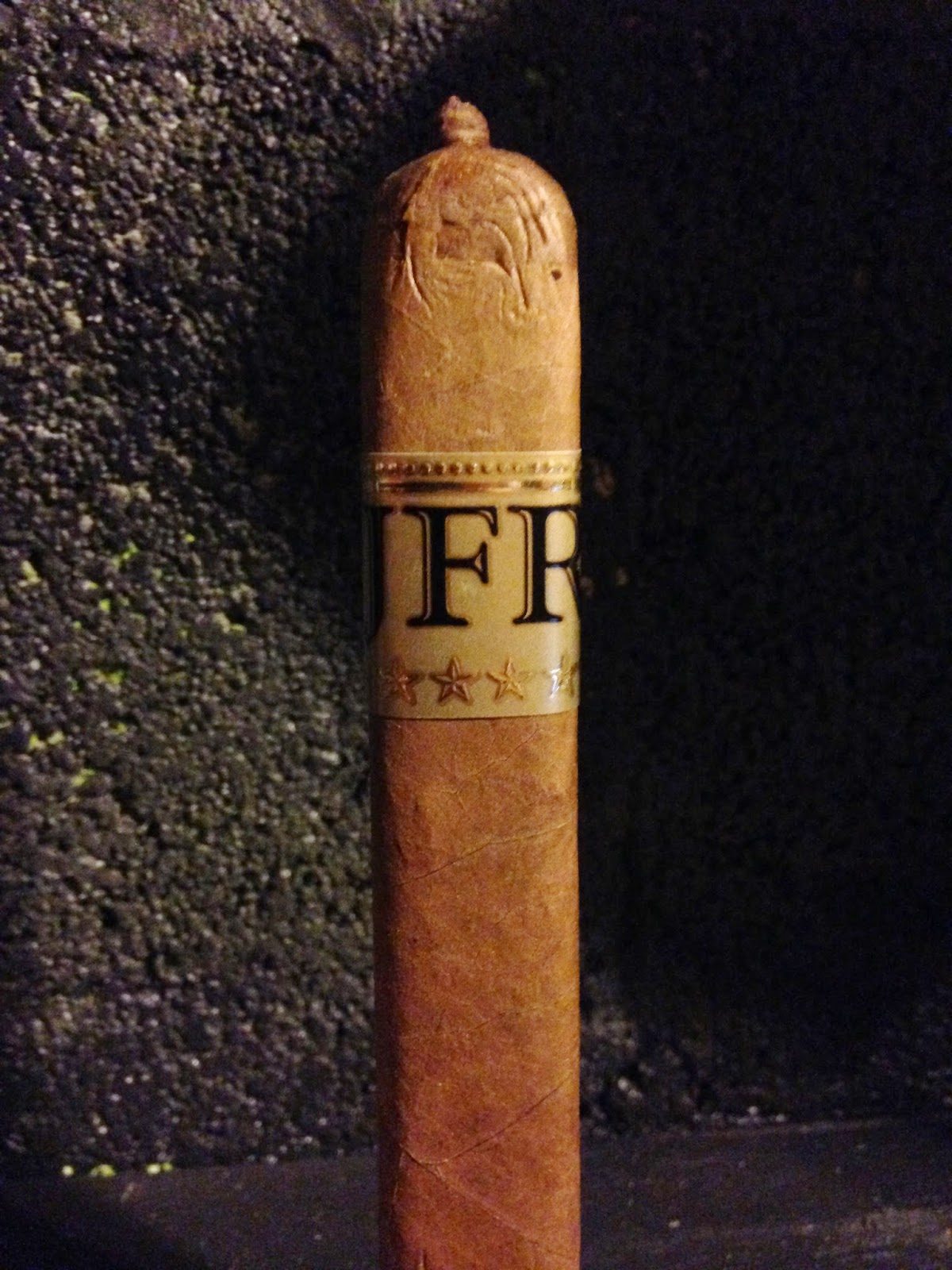 I may be completely wrong here, but I feel that a majority of cigar smokers out there, and I don’t mean the cigar nerds like myself, but a majority of the everyday smokers know the JFR brand. More than likely, they know that brand better than Casa Fernandez, and I am sure if you asked them about Casa Fernandez and the connection with JFR, there would be some confusion. One of the reasons why I believe the JFR brand is better known is that the cigars comes in 50 count cabinets, which gives it a great amount of shelf space, it had a packaging that was bold, simple and to the point, and it had a friendly price tag. You throw all those attributes together, plus enjoyable flavors and nice construction, and you can see why the brand is well know. I don’t know the actual numbers for the brand, but I would be surprised if it didn’t do well. To build off that brand, and reach to a new market, Casa Fernandez just released the new JFR, the JFR XT, at the IPCPR show this past year.

The JFR XT is intended to be a stronger version of the line, and comes in two offerings, one with a Corojo wrapper and the other a Mexican San Andres maduro. The line has a box-pressed finish and is blended with AGANORSA tobacco. The cigars are made in Nicaragua, and are made at their Nicaraguan factory, TABSA. For this review I was sent the Corojo offering and it features a Nicaraguan Corojo wrapper over Nicaraguan filler and binder tobacco. I was sent the 654 XT, and it is a box-pressed toro measuring 6″ with a 54 ring gauge. The 654 XT has a great press to it and it is a press that comes out more rectangle like, rather than square like. I am not a fan of the presses that are more square like, they are not to my liking, but this one is perfect. It features a nice slightly closed foot and a great pigtail cap, and the presentation is terrific. It has a very sweet aroma at the foot and on the wrapper, and it is showing sweet tobacco notes along with some leather and hide like characteristics. There is really no spice present, and it is showing a lot of certain flavors, flavors that are very dominant. The wrapper has a nice light Colorado coloring to it, but with the bronze like bands it throws off and can make it seem more natural overall. 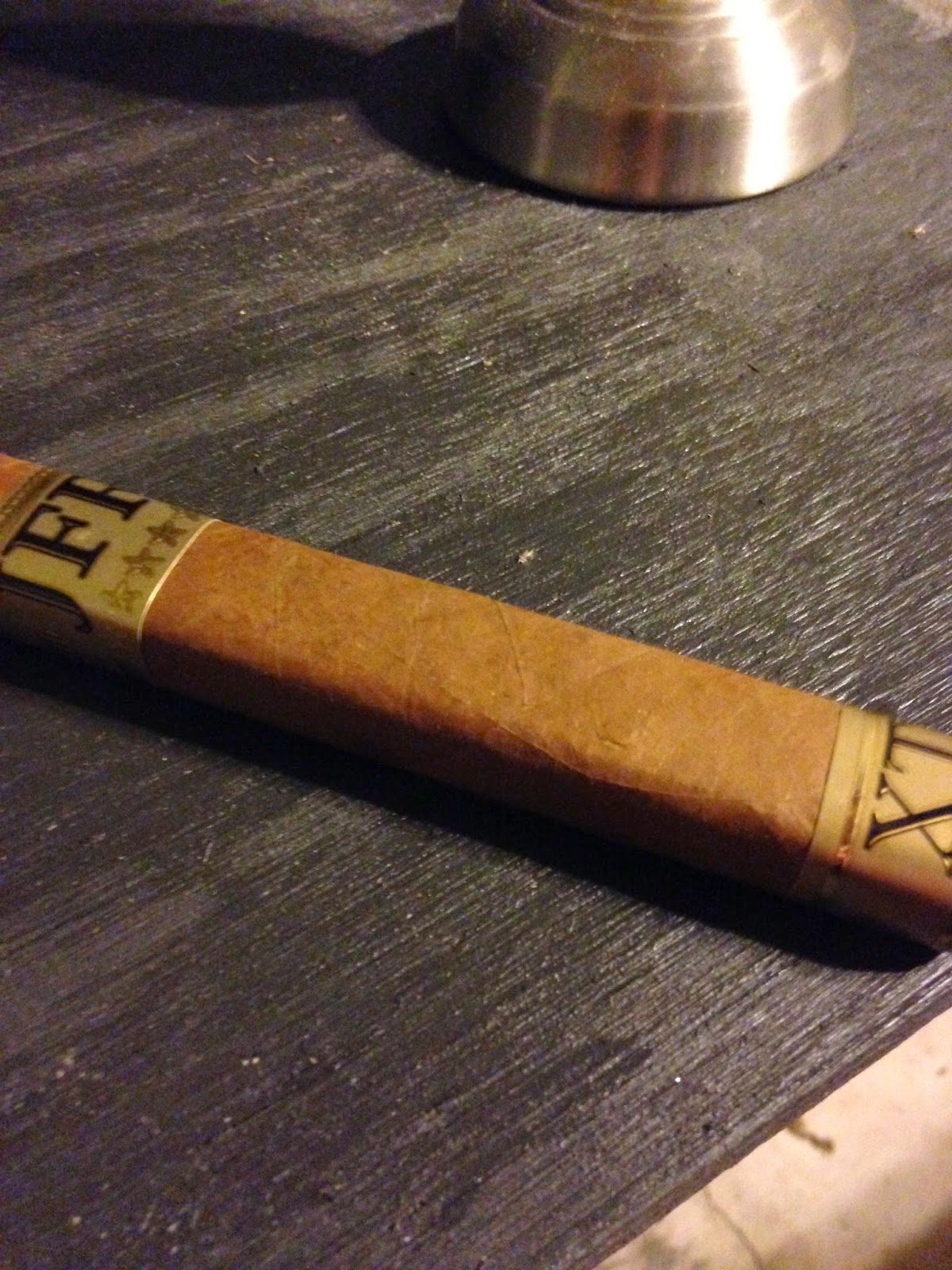 The cigar begins by showing some tremendous flavors. They might not be a flavor that is for everyone, but I believe it is showing the greatness in Nicaraguan tobacco. You can definitely get that Corojo flavor profile, but it is a Corojo flavor profile that is somewhat different. I am getting a nice sweetness to the cigar, something one would not expect, and it is pairing with some leather and strong tobacco notes. It has some spices present as well, dried spices that are very rub like, and it has a unique mineral and floral quality. It is very tasty and this is easily the best JFR blend I have had. The construction is solid on the cigar and it is showing a burn line that is fairly even, not perfect, but not showing any problems or presenting any complaints. The ash is solid on the end and it is holding on well at the foot, producing a nice gray coloring. I would classify the strength as being medium overall and the body being around medium as well. It might be less for some, and more for others, but I would say a solid medium all around. 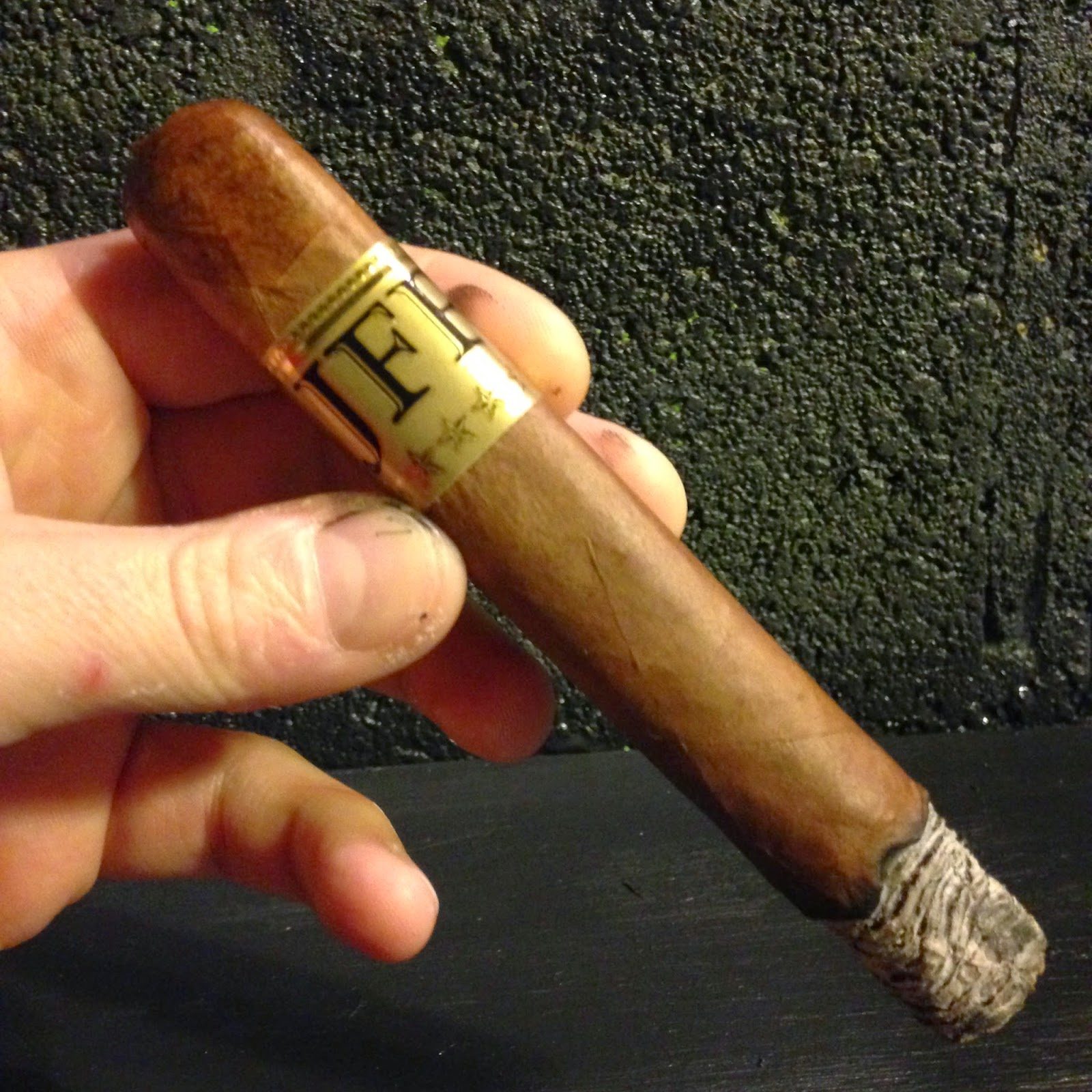 When I get into the second third of the cigar I find that the flavor profile remains fairly similar to that of the first third. I am getting some distinct sweet tobacco notes and it has that dry spice and leather flavor profile present as well. There is a rise of earthy qualities, but just a hint, and it is balancing out the overly sweet and dryer flavor profile present from before. The finishing flavors show some mineral qualities, and it has this salted wood flavor profile as well. The construction remains fairly similar to what it was like in the first third and it has a slightly uneven burn line with that gray ash holding firmly on the end. The ash is slightly flaky, but that does not present a problem for holding on. The cigar is producing a lot of smoke, thick clouds actually, and it is providing a cool draw with a lot of smoke rings. I would classify the strength as being medium-full in this third and the body is more along the medium side of things. 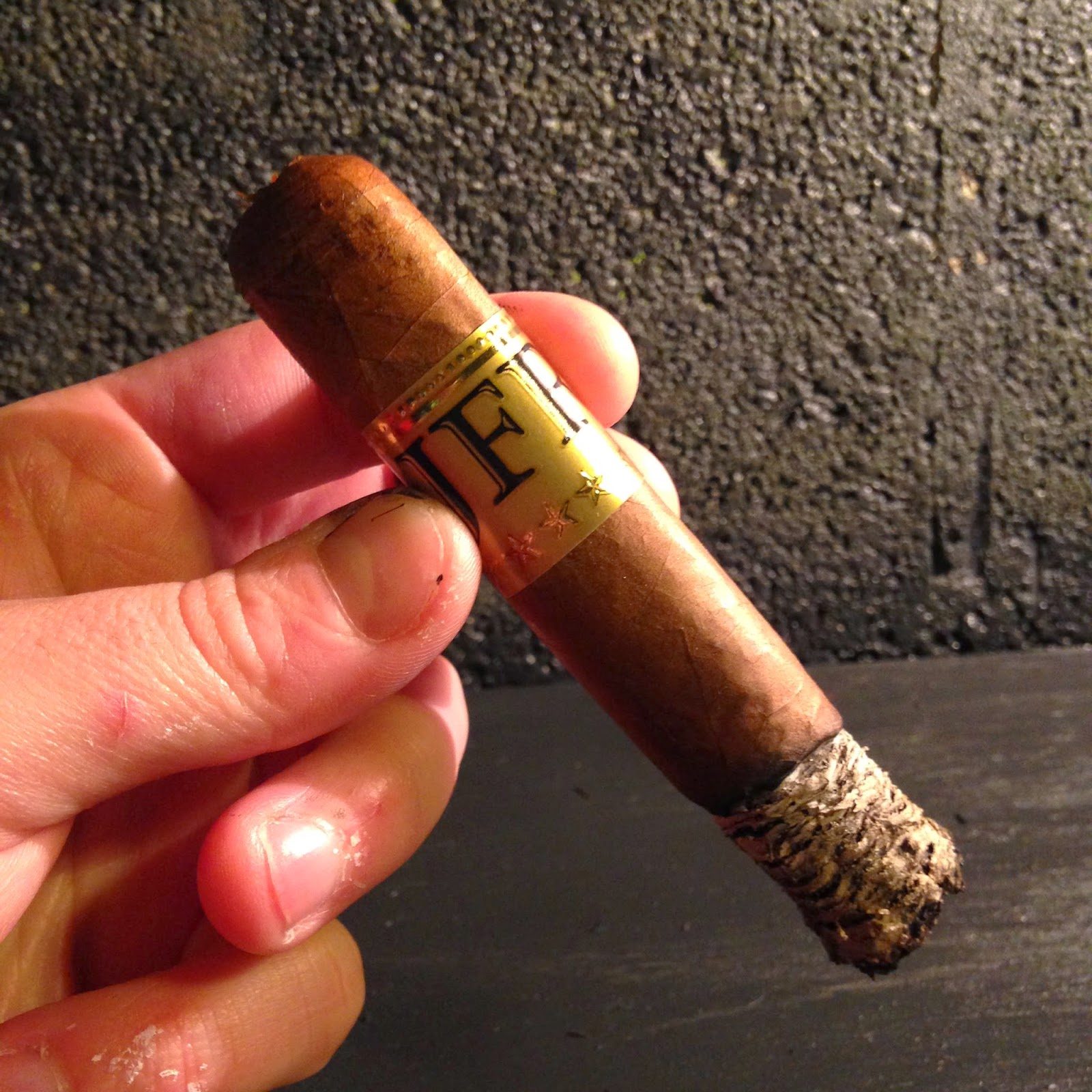 The final third of the cigar shows some more transitioning and it has become fuller and showing some different flavors than what was present in the first two thirds. I am getting a nice earthy flavor to the cigar, much stronger than what was present in the second third, and it is accompanied by some dry wood notes. There is a nice bit of spice present as well, and it has a peppery finish that is showing bits of black pepper. It has a nice clean finish and has a finish of a great Nicaraguan puro. The construction continues to perform at a level which was similar in the first two thirds and it has a gray ash that is holding on well and it is slightly flaky. The burn line is still a little off, but nothing to worry about, and the final draw is cool and showing some strong flavors. The body and strength are on the medium-full side of the spectrum as the cigar comes to a close, but as I said earlier, some might think more and some might think less. 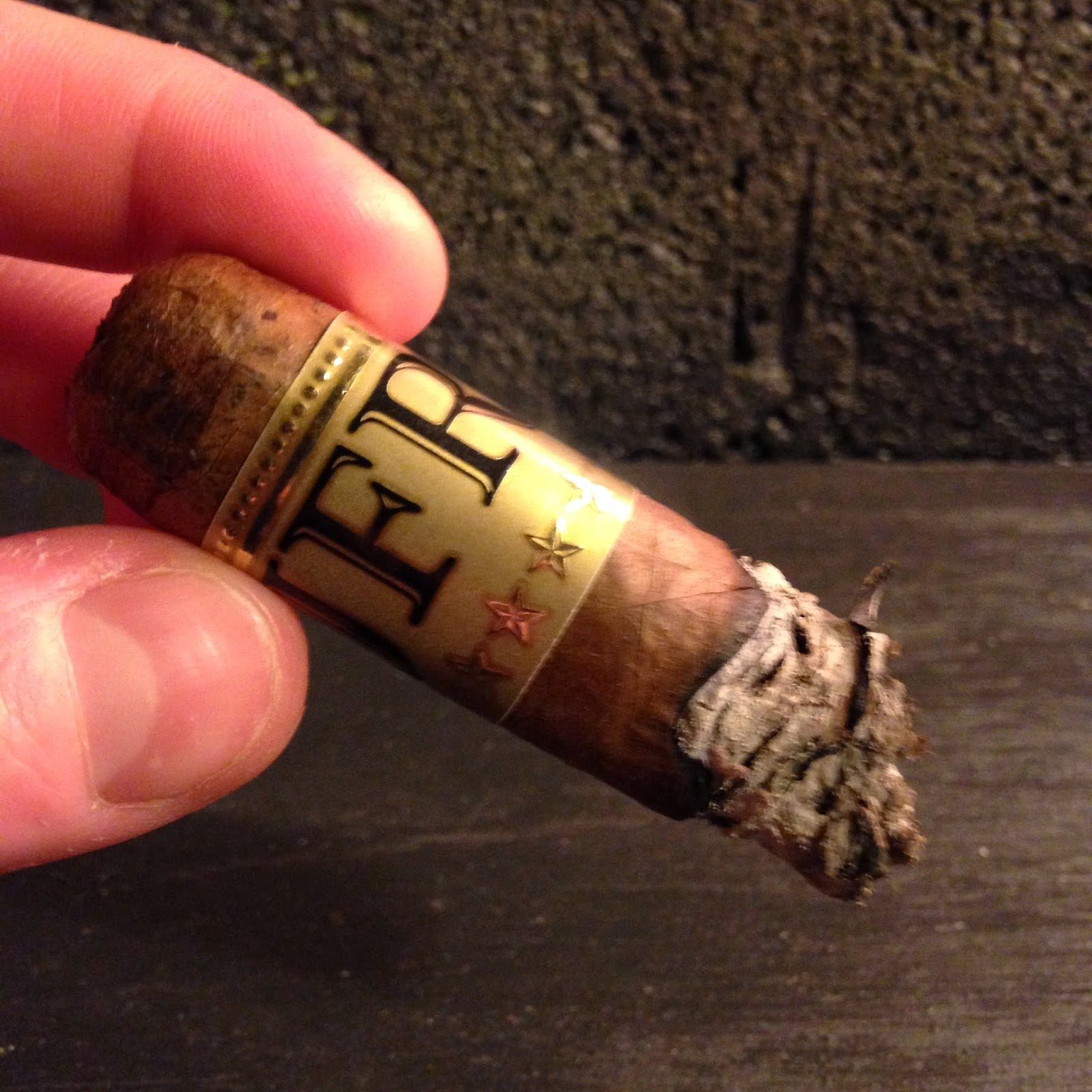 I am a big fan of the 654XT and look forward to smoking more of them. It is easily the best JFR blend I have had, and I am curious how it will be in other vitola offerings. I will probably prefer this over the maduro option, but that is not always the case and look forward to smoking that option as well. I do not believe this to be incredibly strong, given that was the intention by Casa Fernandez, but they did produce a solid cigar that was very flavorful and delivering a great medium strength and body level. The pricing is terrific on these cigar as well, and because of that I believe they will do very well for the company. One thing that I keep going back to on this cigar is the flavor profile and how enjoyable it is. There is a lot of sweetness coming off of the cigar, something I really enjoyed, and it made me wonder where the tobacco in the blend was coming from. A part of me wants to say mostly Jalapa, but I can’t confirm that. I am giving the cigar a solid 91 rating and look forward to smoking it down the road. 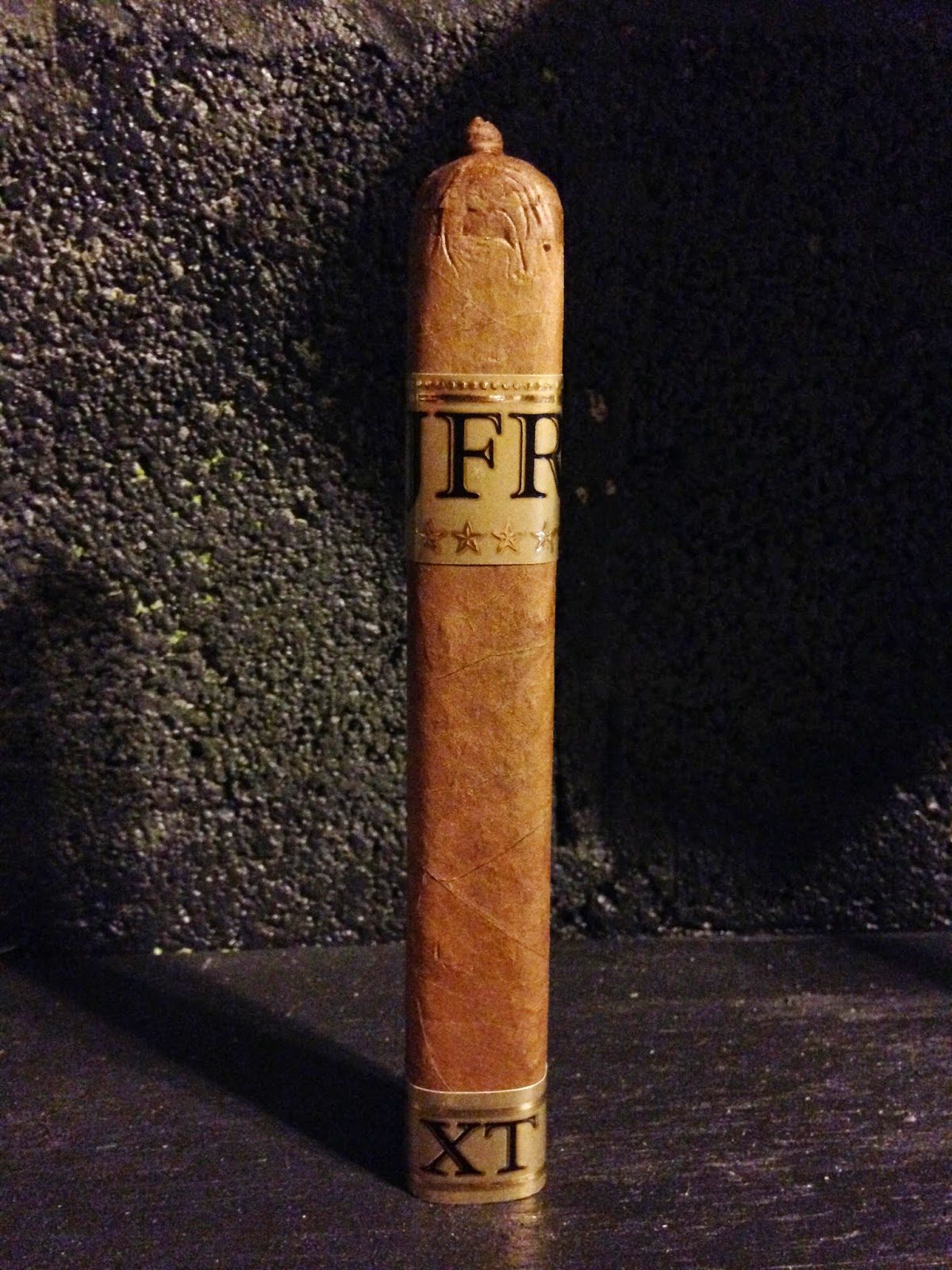